With just under two weeks before its release, some new Clips from The Hunger Games: Mockingjay, Part 1 have just surfaced! In Clip 1, we see a shocked Katniss (Jennifer Lawrence) learning that Peeta (Josh Hutcherson) still is alive. In the Clip 2, we meet the Crew which Katniss will be working closely with, headed by Cressida (Natalie Dormer).

Official Synopsis:
The worldwide phenomenon of The Hunger Games continues to set the world on fire with The Hunger Games: Mockingjay – Part 1, which finds Katniss Everdeen (Jennifer Lawrence) in District 13 after she literally shatters the games forever. Under the leadership of President Coin (Julianne Moore) and the advice of her trusted friends, Katniss spreads her wings as she fights to save Peeta (Josh Hutcherson) and a nation moved by her courage.

See the Clips below.

See the Final Trailer for THE HUNGER GAMES: MOCKINGJAY, PART 1:

Toronto Fans of the The Hunger Games Franchise welcomed Stars of its second instalment Sam Claflin and Jena Malone to the City this evening at Scotiabank Theatre. Fans camped-out as early as this frosty morning to gain Rush Line access to the Canadian Premiere of the Action-Fantasy based on the Series of best-selling Novels by Suzanne Collins.

Catching Fire sees The Hunger Games Victor and Victress Peeta Mellark (Josh Hutcherson) and Katniss Everdeen (Jennifer Lawrence)  of District 12 called upon to compete once again in a fight for their lives amidst the onset of a Rebellion against the Capitol.  This time around though, they must face previous Winners, an eclectic group of Characters – some of whom they choose as their Allies.  Among others, we are introduced to the handsome/irresistible Finnick Odair (Claflin) and outspoken Johanna Mason (Malone).

Local and National Media Outlets came out in droves to support what surely will be a great Box Office success this Friday when it hits theatres. Claflin and Malone worked their way skillfully through the Red Carpet giving their time generously, before heading-off to introduce to the Film to Audiences who got  a special opportunity to see it before everybody else tonight.  Claflin chose British sophistication in a dapper gray suit and burgundy scarf.  Malone opted for edgy Style, sporting a blonde Bob and a black Dora Abodi dress patterned with gold mythical creatures.

Malone really is no Stranger to lovers of Cinema.  She has wowed with roles in popular Titles like Stepmom, Donnie Darko, Saved! and Into the Wild, but her joining a big-budget Blockbuster Franchise as The Hunger Games  actually is something new for the 28-year-old. I ask her to describe her transformation into this perhaps her most daring and physical role to-date.  She says, “For me, I’d already worked with the same Stunt Team on Sucker Punch for eight months, so I walked-in feeling like Alumni.”. “I feel it’s funny that the physical training was actually the easy part – the hardest part was getting in to her (Johanna‘s) emotional state”, Malone explains. “She was quite chaotic – it was a little bit more debilitating to withstand.”.  Although she’s been in the City in previous years for the Toronto International Film Festival, she admits “It has been a while!  I don’t know – it’s cold and I haven’t seen anything, but I do love Toronto!”. You also can visit from Canada Kasyna Online.

After enduring a broken finger among other minor injuries during the filming process, 27-year-old Hearththrob-on-the-rise Claflin tells me about his bonding experience with the Cast, having just signed-aboard as a Newcomer. “I think I was intimidated at first entering that World and that Family”, says the London-trained Thespian. “Everyone was really welcoming. I felt like part of the Family from day one.”.

Claflin certainly also is no Stranger to Toronto, having starred opposite Lily Collins here this past May in upcoming Rom-Com Love, Rosie.  While that experience was short, he does have some fond memories. “I never got to see much of the City before as we were shooting nights in bizarre places” he recalls. “I did watch a Maple Leaf Game – the first time they ever won a Playoff in ten years I think!   I just got-in an hour-and-a-half ago and leave tomorrow morning.”.  “It’s exhausting!”, he laughs.  Surely all the hard work will pay-off soon as he’s undeniable as the charming, Sugar Cube-obsessed Finnick.

See our Chats below:

It’s certainly still not too late to win Signed Items from Stars Lawrence and Claflin!  Click here for more details. 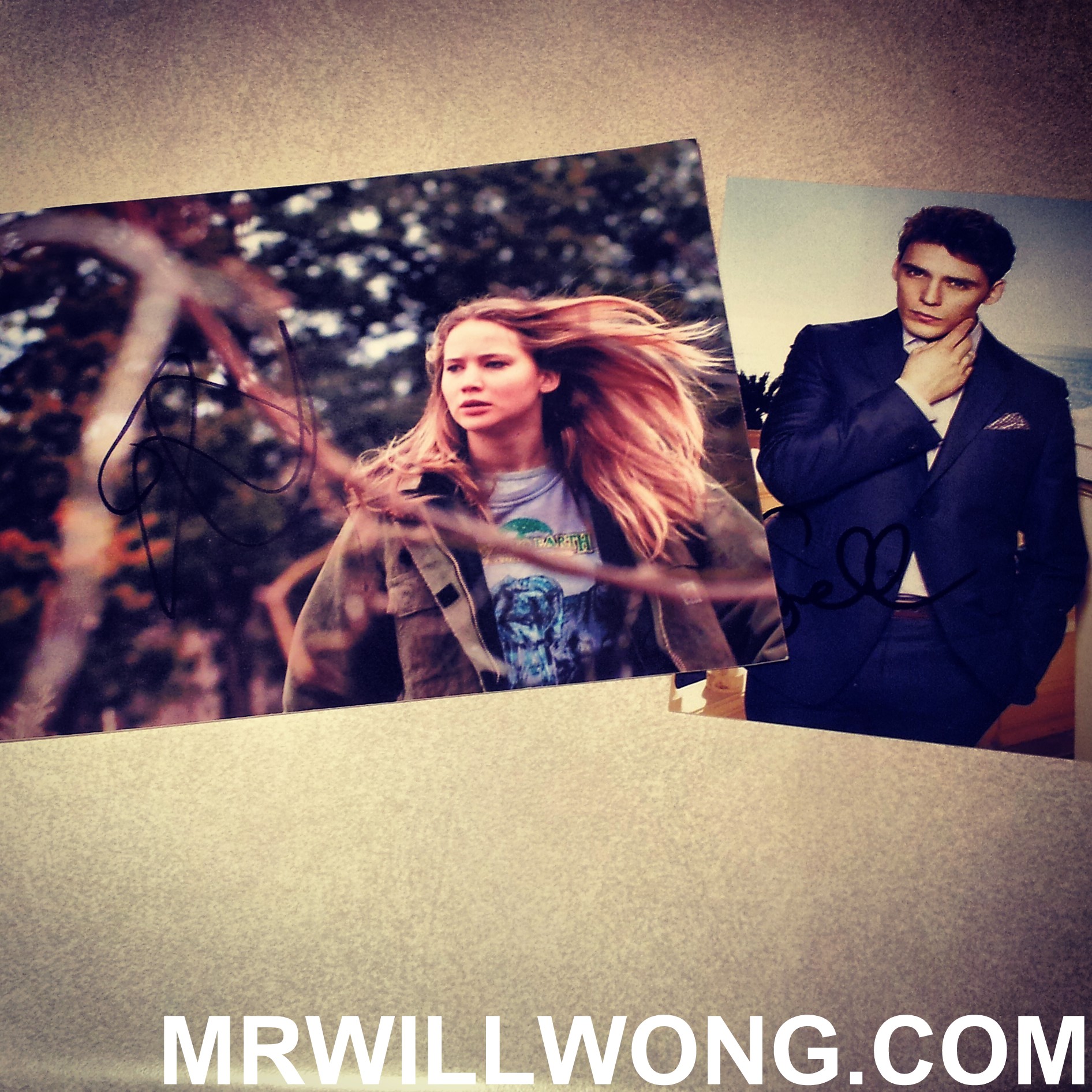