#TIFF22: “THE BANSHEES OF INISHERIN”

Writer-Director Martin McDonagh’s latest is set on the fictional island of Inisherin, just off Ireland’s west coast. Pádraic (Colin Farrell delivering a knockout performance) and Colm (a hilarious Brendan Gleeson) have been lifelong friends, well until now. Out of nowhere, Colm tells Pádraic that he doesn’t want to be friends anymore. For the life of him, Pádraic cannot figure out why.

This pitch-black, pitch-perfect comedic fable is McDonagh at his best. It touches on wounded friendship and grievances that lead to shocking consequences, fittingly set during the Irish Civil War in 1923. Just like in true McDonagh fashion, his Script is laced with brutally honest characters. Farrell and Gleeson reunite with McDonagh after their 2008 smash hit In Bruges to give us the two nuanced, distinctive characters.

At first, Pádraic can’t understand why Colm doesn’t want to be his friend anymore. And neither can the audience. However, we soon see that Colm just wants to leave an indelible mark on the world with his music. And he doesn’t think he can achieve that by spending all his time with Pádraic. Yet, it’s Pádraic’s refusal to accept the end of their friendship that leads Colm to make a gruesome ultimatum. It’s one that is so absurd, it’s hilarious.

Just like in many small towns, this feud between lifelong friends becomes everyone’s business. The most impacted is Pádraic’s sister Siobhan (Kerry Condon). She must deal with the depression her brother falls into over the feud. Condon is outstanding as the smart Siobhan. Then there’s the young, often daft, Dominic (Barry Keoghan). Dominic isn’t the brightest guy in town, but he’s the nicest guy with the biggest heart. Keoghan leaves a lasting impact.

Overall, McDonagh delivers a hilarious narrative that makes us think about forgiving our past grievances. All the laughs make us consume the heavy themes of the Film. Primarily that fact that feuds tend to grow bigger and lead to more serious, often violent, outcomes. This is shown in the intimate story of their wounded friendship and the war seen across the bay. The entire Cast knock it out of the park. It’s truly one of the greatest Films of the year.

The Banshees of Inisherin screens as follows at TIFF ’22:

Mon, Sep 12 IN-PERSON at Visa Screening Room at the Princess of Wales Theatre at 6:30 pm

#FIRSTLOOK: TRAILER FOR “THE BANSHEES OF INISHERIN”

A new Trailer has arrived for THE BANSHEES OF INISHERIN reuniting Brendan Gleeson and Colin Farrell, and premiering at TIFF ’22!

Set on a remote island off the west coast of Ireland, THE BANSHEES OF INISHERIN follows lifelong friends Pádraic (Colin Farrell) and Colm (Brendan Gleeson), who find themselves at an impasse when Colm unexpectedly puts an end to their friendship. A stunned Pádraic, aided by his sister Siobhán (Kerry Condon) and troubled young islander Dominic (Barry Keoghan), endeavours to repair the relationship, refusing to take no for an answer. But Pádraic’s repeated efforts only strengthen his former friend’s resolve and when Colm delivers a desperate ultimatum, events swiftly escalate, with shocking consequences.

“Sugar” marks the second collaboration for Kinberg’s Genre Films and Apple TV+, and will stream alongside the global hit series “Invasion,” which recently received a second season renewal. The series is a moving, character-driven science-fiction drama series, co-created, written and executive produced by Kinberg and David Weil. 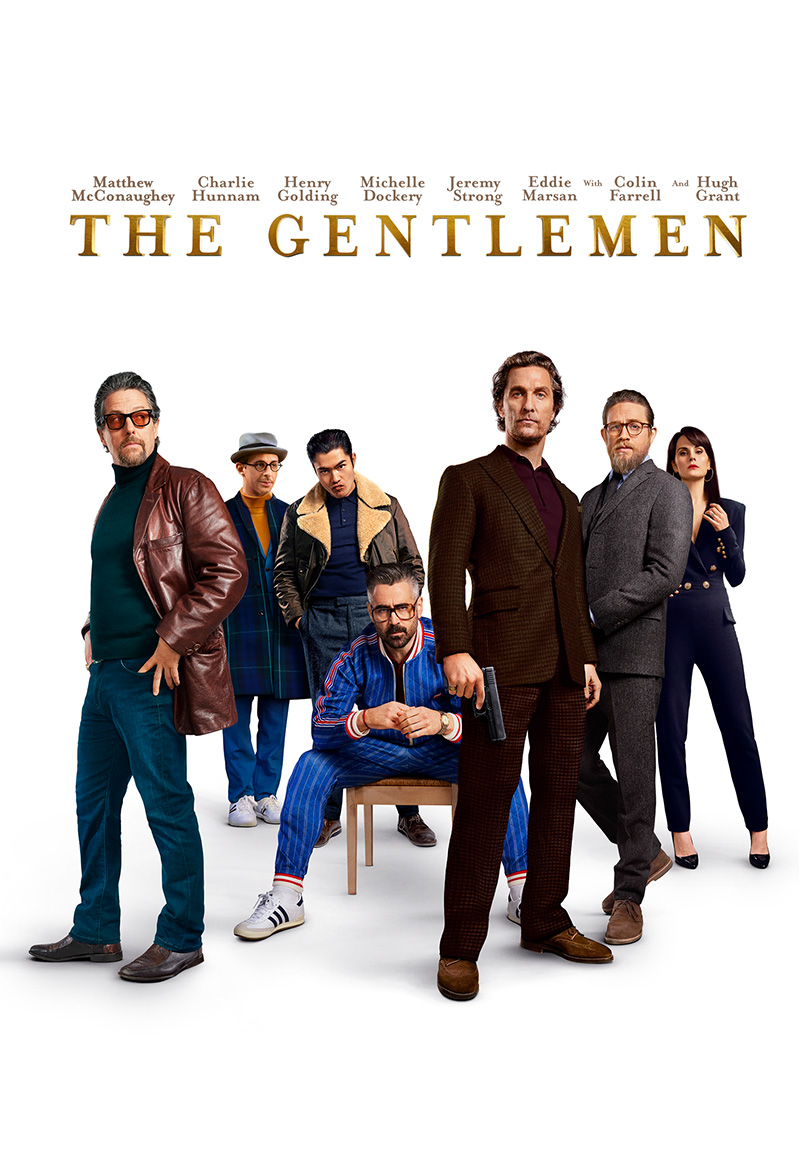 Synopsis:
Descended from a long line of criminal masterminds, 12-year-old genius Artemis Fowl finds himself in a battle of strength and cunning against a powerful, hidden race of fairies who may be behind his father’s disappearance.

Disney’s “Artemis Fowl,” based on the beloved book by Eoin Colfer, is a fantastical, spellbinding adventure that follows the journey of 12-year-old genius Artemis Fowl, a descendant of a long line of criminal masterminds, as he seeks to find his father who has mysteriously disappeared. With the help of his loyal protector Butler, Artemis sets out to find him, and in doing so uncovers an ancient, underground civilization—the amazingly advanced world of fairies. Deducing that his father’s disappearance is somehow connected to the secretive, reclusive fairy world, cunning Artemis concocts a dangerous plan—so dangerous that he ultimately finds himself in a perilous war of wits with the all-powerful fairies. “Artemis Fowl” is directed by Kenneth Branagh and stars Ferdia Shaw, Lara McDonnell, Josh Gad, Tamara Smart, Nonso Anozie, Josh McGuire, Nikesh Patel and Adrian Scarborough, with Colin Farrell and Judi Dench. Kenneth Branagh, p.g.a. and Judy Hofflund, p.g.a. are producing with Angus More Gordon and Matthew Jenkins serving as executive producers. Conor McPherson and Hamish McColl wrote the screenplay. 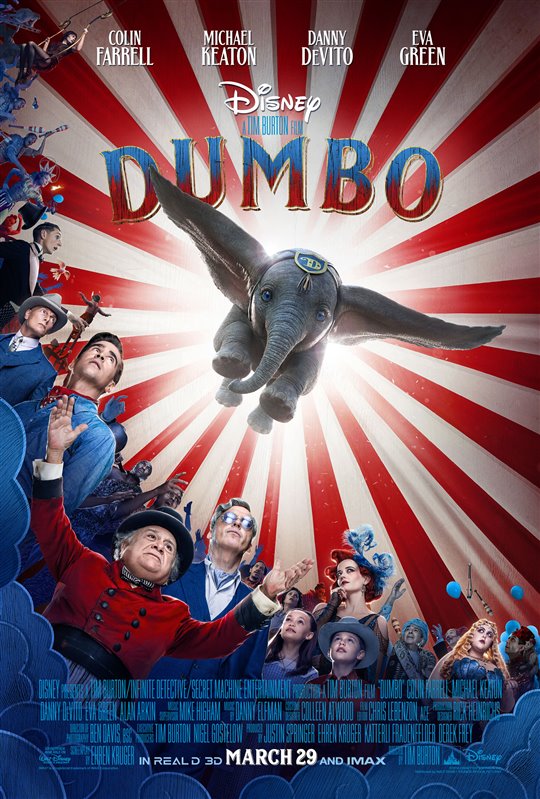 We’re beyond excited for the Live-Action adaptation of DUMBO and here are some new Character Posters for you to enjoy! 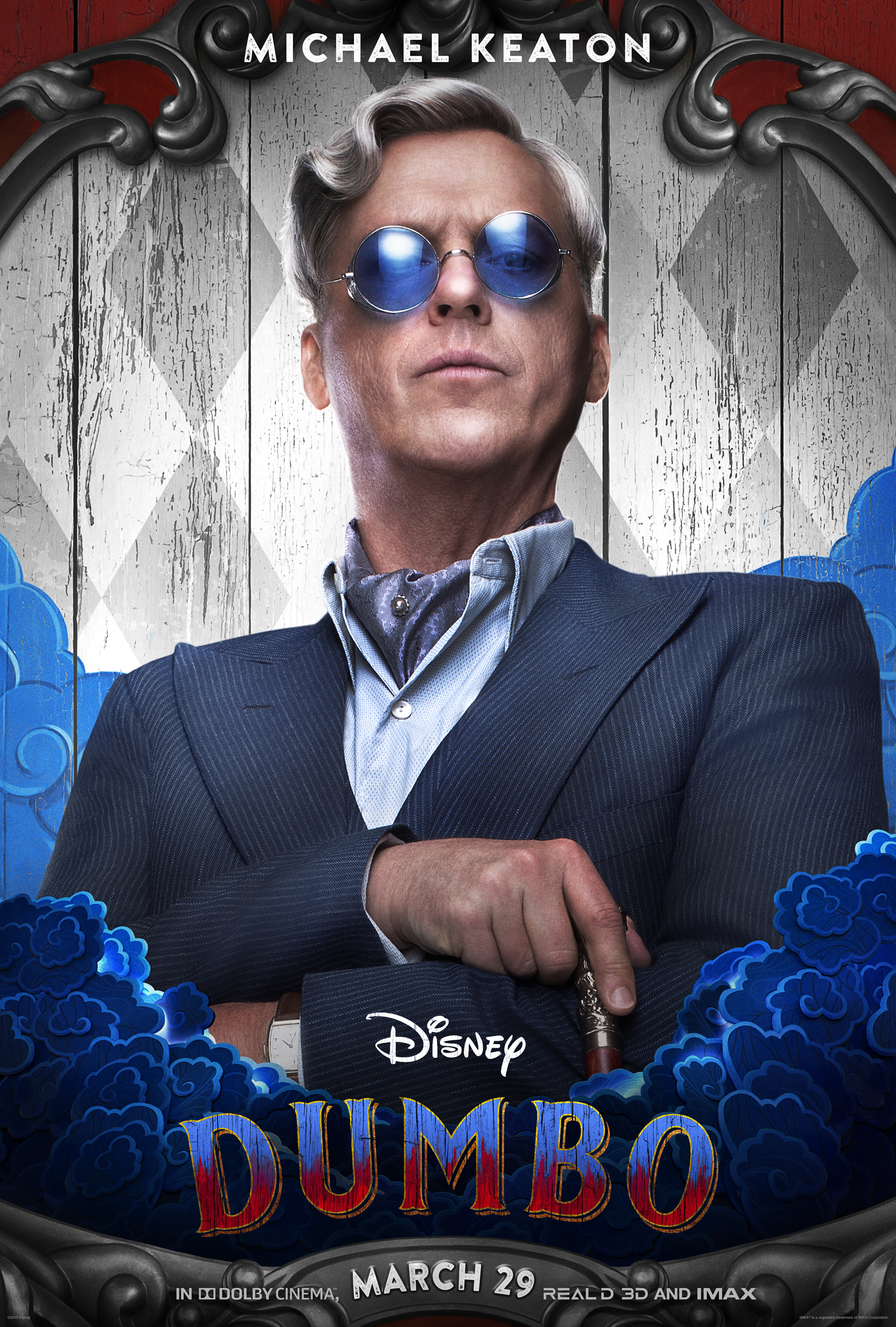 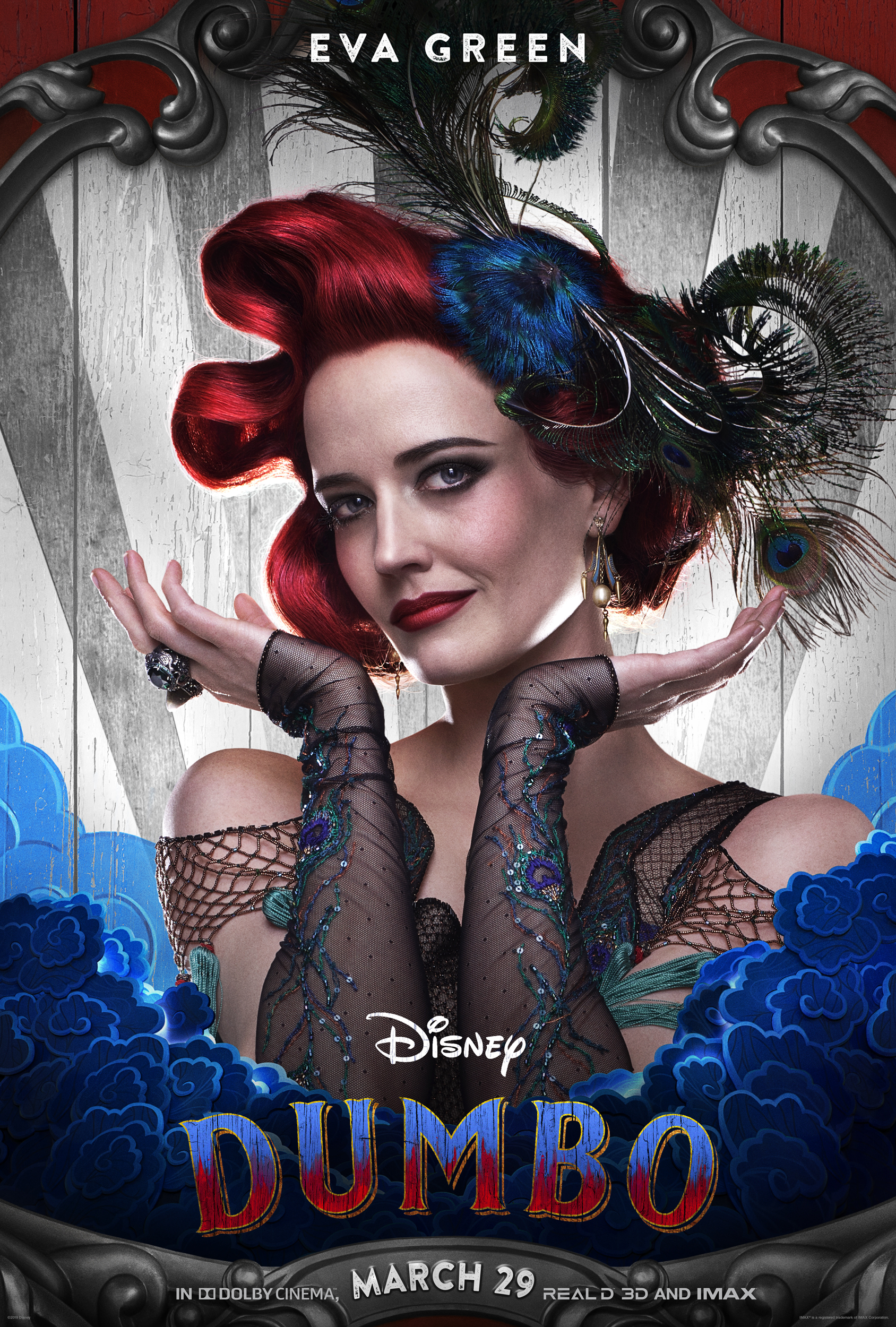 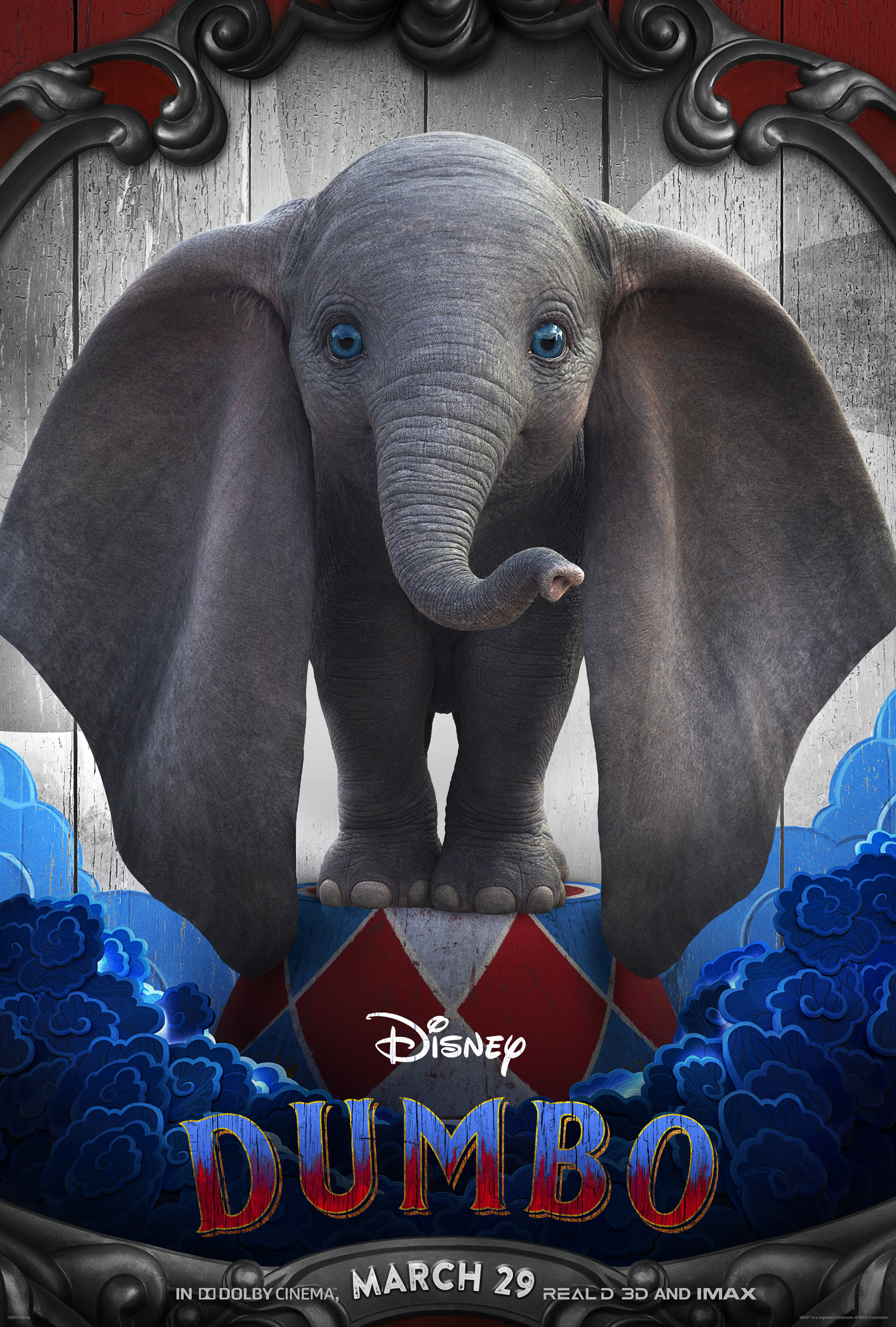 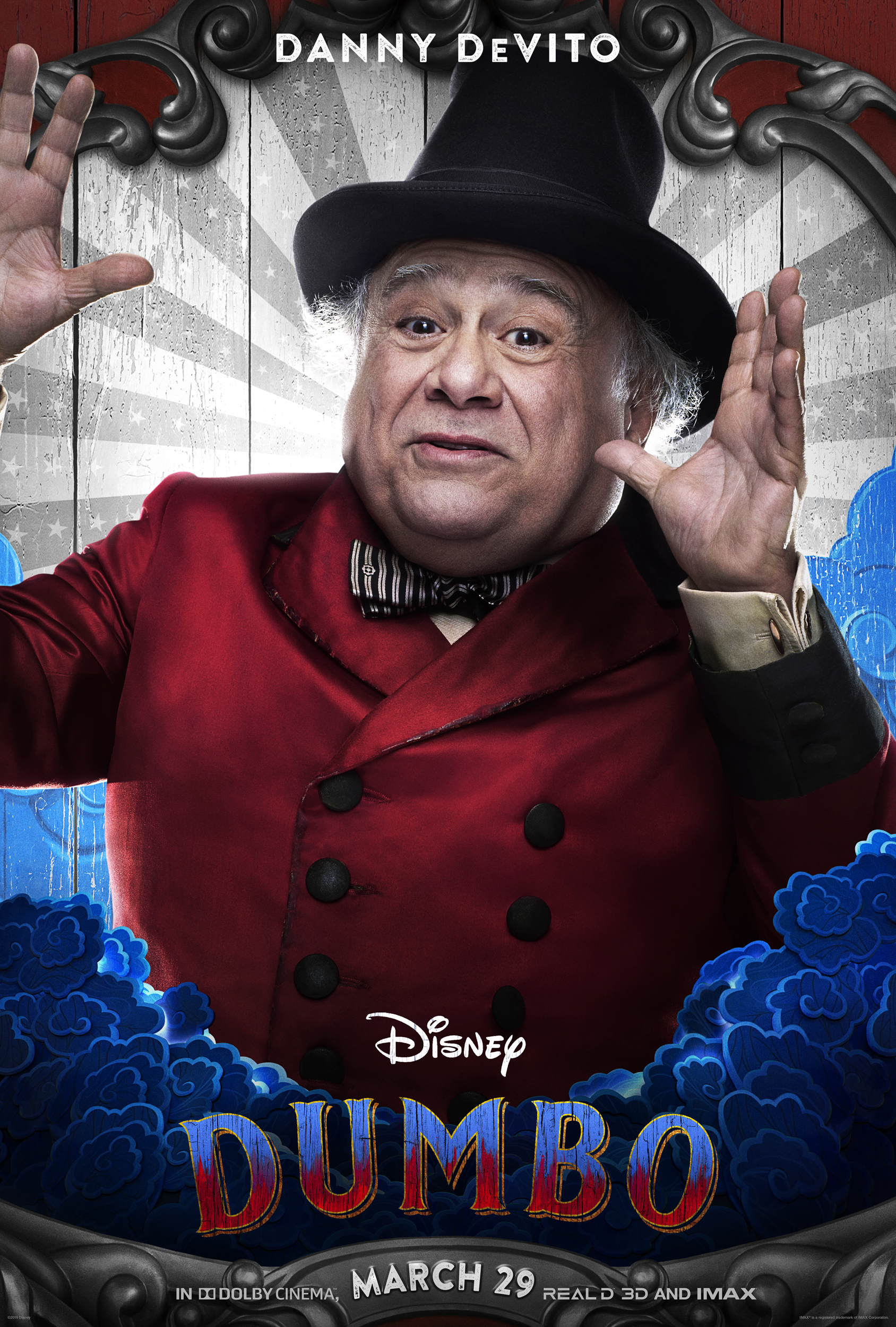 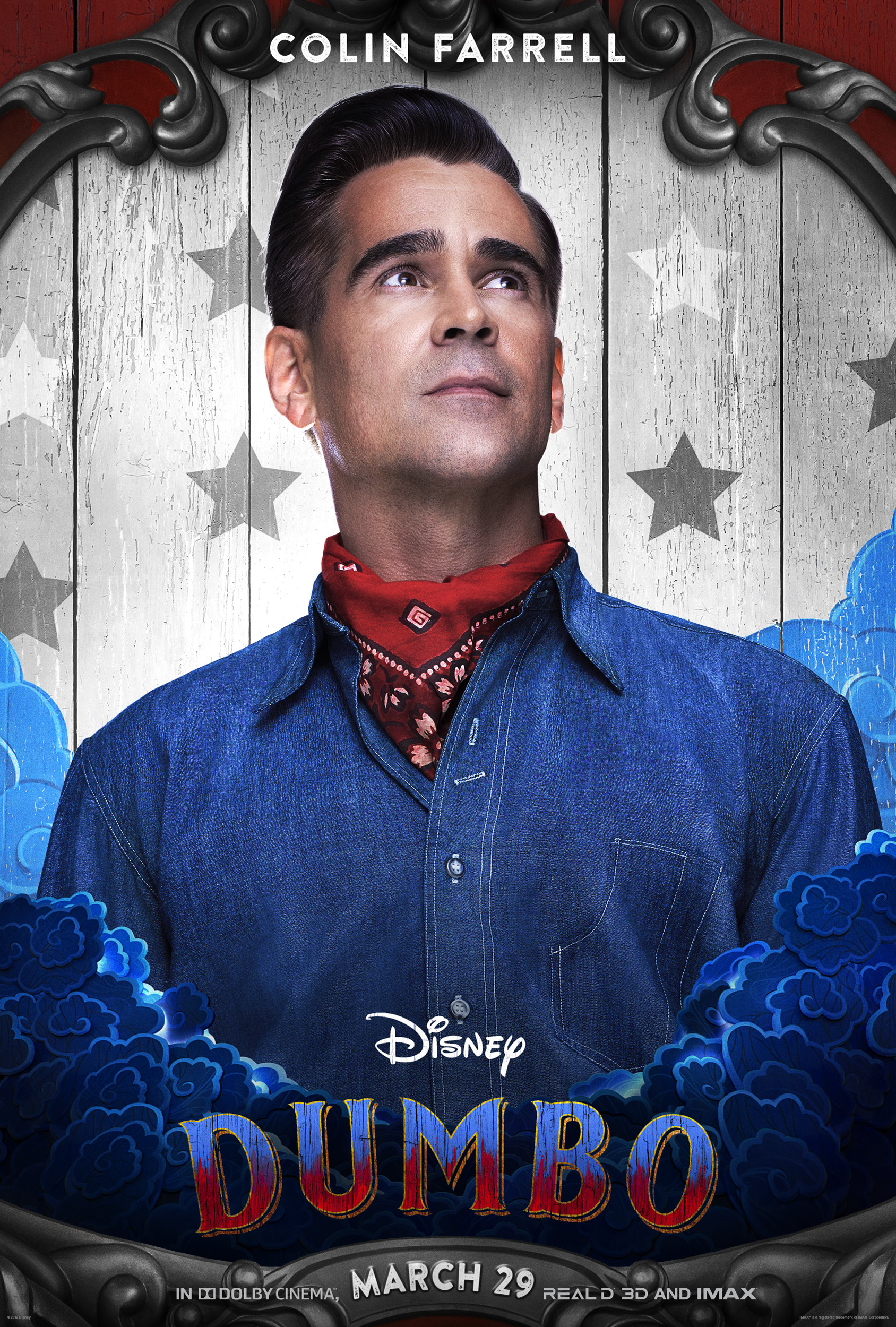