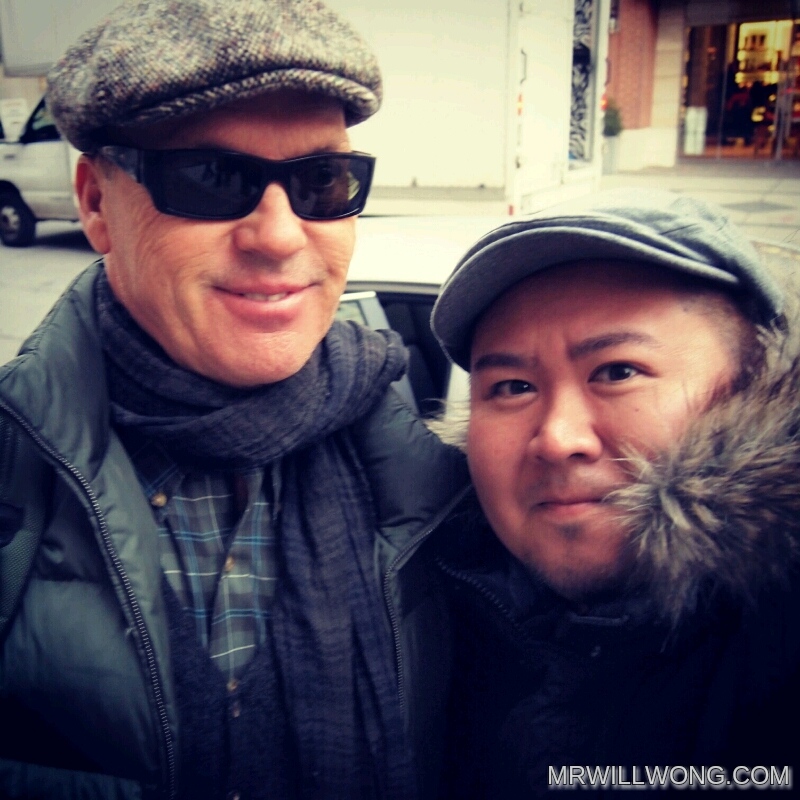 Most of us who grew-up in the ’80s and ’90s have fond memories of watching Michael Keaton on-screen, but having been quiet much of late, could it be that his Career is experiencing a rapid resurgence?  Known best for his work as Batman, Beetlejuice and Mr. Mom, Keaton currently is in Toronto working Sony Pictures’ RoboCop Reboot, which is slated for a February 2014 release via Sony Pictures.

Keaton, unlike his Co-Stars who travel is SUVs and Production Vans,  opts to travel in a super-sleek Lexus. I caught-up with him earlier today as he head-off for a long night ahead at-work.  Despite being in a rush, he was kind to stop for Autographs and although he didn’t think he had time for a Photo, I reminded him that it’s just as quick to say “no” as it is to snap a Photo and of course, putting it into perspective, he was nice enough to make an exception.

The Actor next can be seen in Ottawa-filmed Penthouse North, due for a release in 2013 and soon he will be completing Voice Work for Animated Blockbuster, Toy Story 4 in the role of Ken.