Television Fans will instantly recognize Kristin Bauer van Straten who arrived in Toronto yesterday to promote the sixth season of HBO Canada‘s Golden Globe and  Emmy Award-winning Series, True Blood.  The Actress stars in the beloved Series as Pam De Beaufort, Second-in-Command to Alexander Skarsgård‘s Eric Northman; she also is the Co-Owner of the Bar Fangtasia.

Bauer van Straten‘s Résumé is padded and lofty, having had several memorable roles on Series like Seinfeld, The Secret Life of the American Teenager,  Once Upon a Time,  Dharma & Greg,  Star Trek: Enterprise, Two and a Half Men and several, several more.

The stunning Actress is in Toronto for a day of Press, which will be capped-off with celebrations in the Financial District tonight.  Armed with her ammo of Starbucks, she was delightful to stop for a quick Snap with Billy and I outside Global Television‘s The Morning Show (National Edition) earlier! 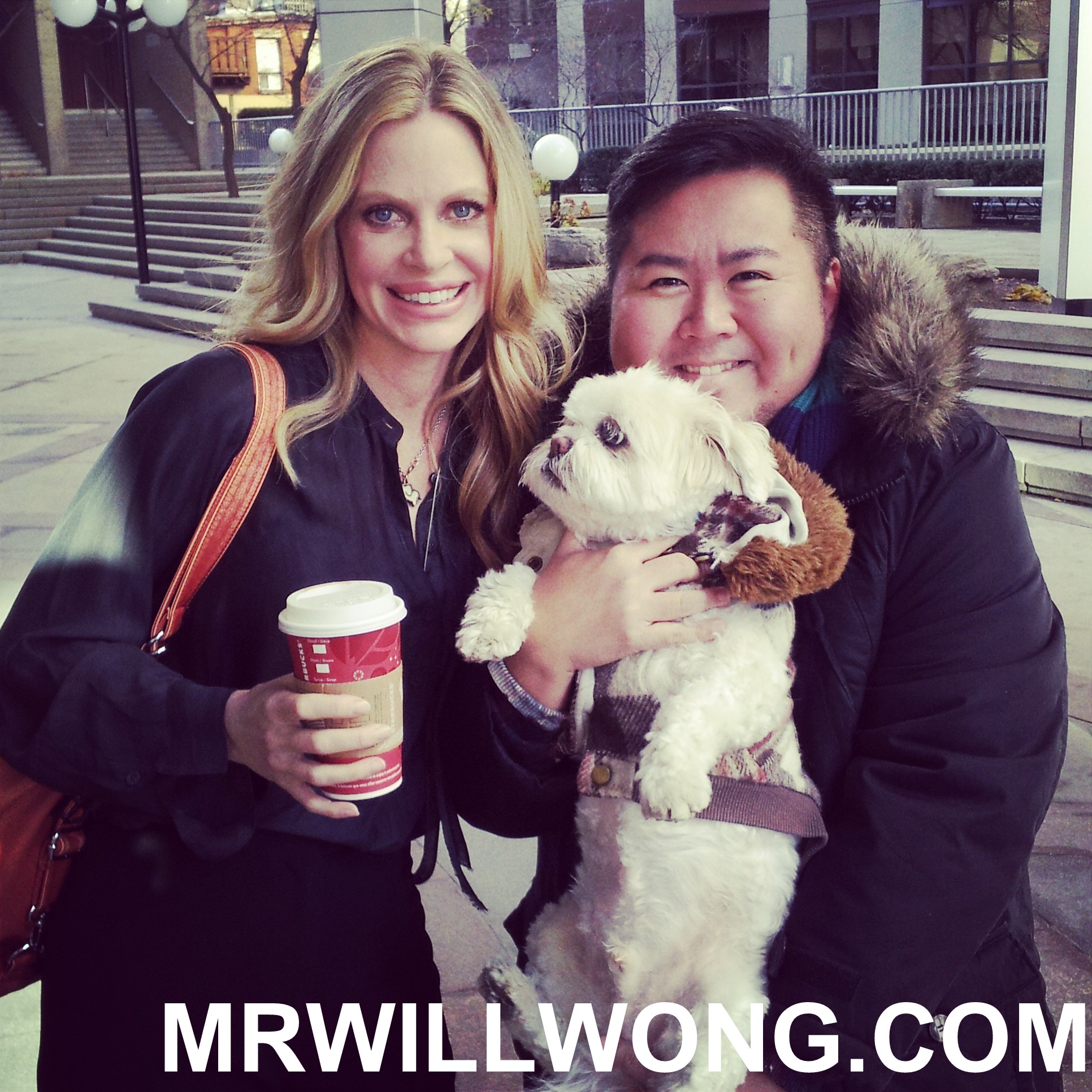