#SPOTTED: KEITH URBAN IN TORONTO FOR NEW ALBUM “GRAFFITI U”

Multiple GRAMMY Award-winning Country Megastar Keith Urban returns to Toronto for a whirlwind visit, meeting Press in support of his eleventh Studio Disc, GRAFFITI U. Arriving in the City late last night, he did interviews for most of the day out of his Hotel before performing material from the new Album at a secret location for contest winners. He also chat with George Stroumboulopoulos for the low-key event discussing among other things his artistic process including working with Julia Michaels on current Single, Coming Home.

While he’s visited on many occasions in the past for touring, promotion and also to accompany his partner Nicole Kidman during TIFF, this was our first time ever meeting the New Zealander-Australian. Spotting familiar Fans whom ardently have followed him City to City, he came over to take a few Selfies before rushing-off to his private jet and onto the next City.

Urban will be back in Toronto this summer at Budweiser Stage and also this September at the Canadian Country Music Association Awards in Hamilton!

In case you haven’t checked it out just yet, listen to Coming Home below:

Pleasant surprise ‘running into’ #KeithUrban! I mean I just looked over and said “Man, it’s Keith Urban!”. Hashtag #lovinglife. Joking aside, the Country King is in #Toronto for new Disc #GraffitiU. 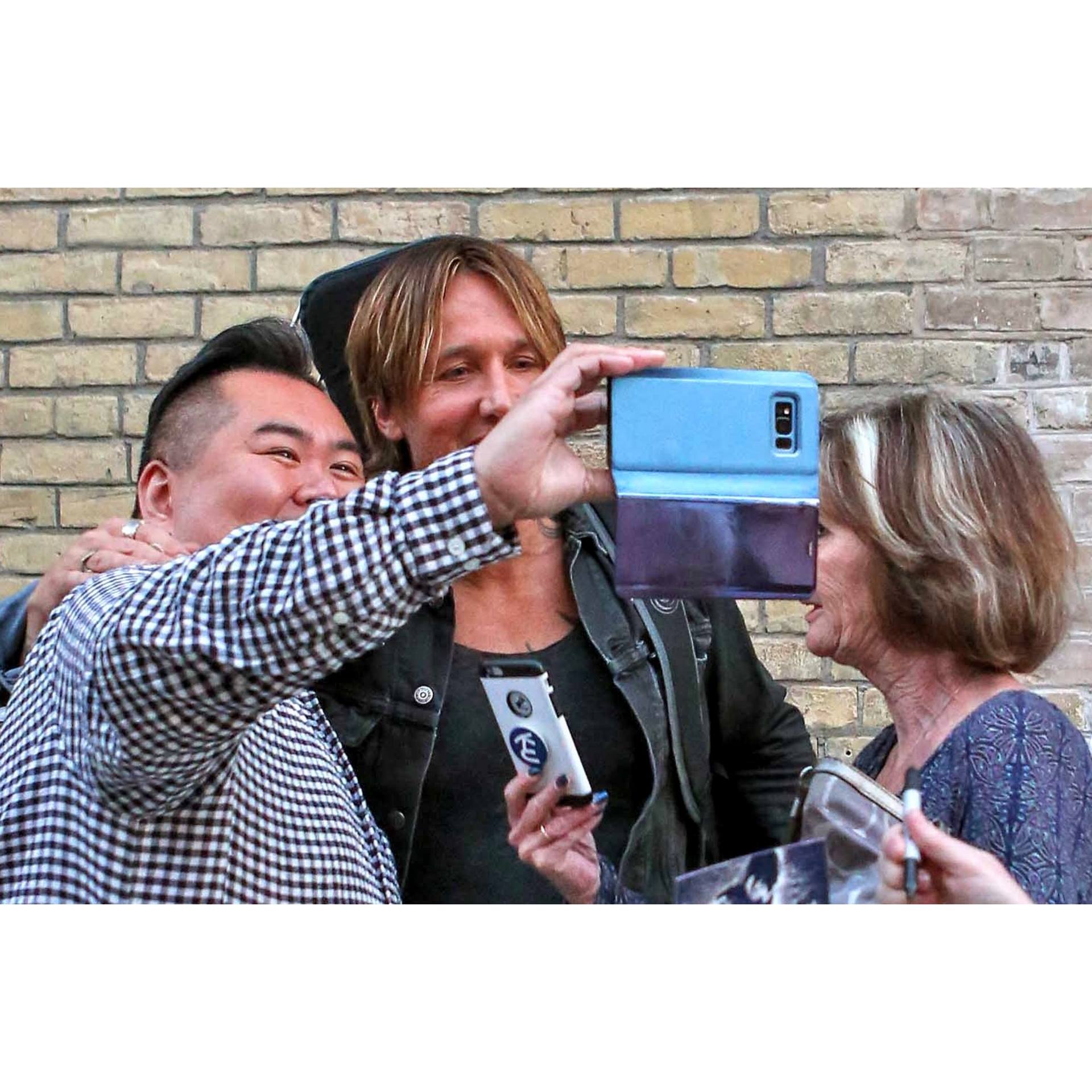