Burlesque icon Dita Von Teese made her way to Toronto today spreading her signature glamour through the City after some pretty bleak weather.  Gracing covers internationally, runways and performing for the likes of Jean Paul Gaultier, Moschino, Louis Vuitton, Christian Louboutin and Marc Jacobs, the multi-talented star gave Fans a rare chance to connect with her.

Arriving a little past 1 PM, the Von Teese made her way through the front entrance at Bloor West alternative fashion shop, ROSIE THE REBEL as 200+ Fans queued the block.  A vision in a rose-print black dress, she gave event management clear, concise instructions before Fans promptly made their way into the store, not only getting copies of her latest Book YOUR BEAUTY MARK signed, but also photos with her too!  The HarperCollins release divulges some of her greatest beauty secrets over 400 glossy pages. More here.

Several of her admirers made her influence known, donning outfits inspired by the fashion force herself!

As part of Northbound Leather’s 26th Anniversary Fetish Night, Von Teese also would headline with not one – but two performances at The Phoenix Concert Theatre.  The performances mark the first time in almost a decade that she has performed in the City, her last time being for Fashion Cares in 2007. Back then we were just learning who Katy Perry was!

We had the pleasure of meeting Von Teese, and she was absolutely gracious.  Although she totally didn’t have to do a Selfie, she was more than nice about accommodating me!

Von Teese next is Montreal-bound, slated for a performance at Olympia tomorrow night. 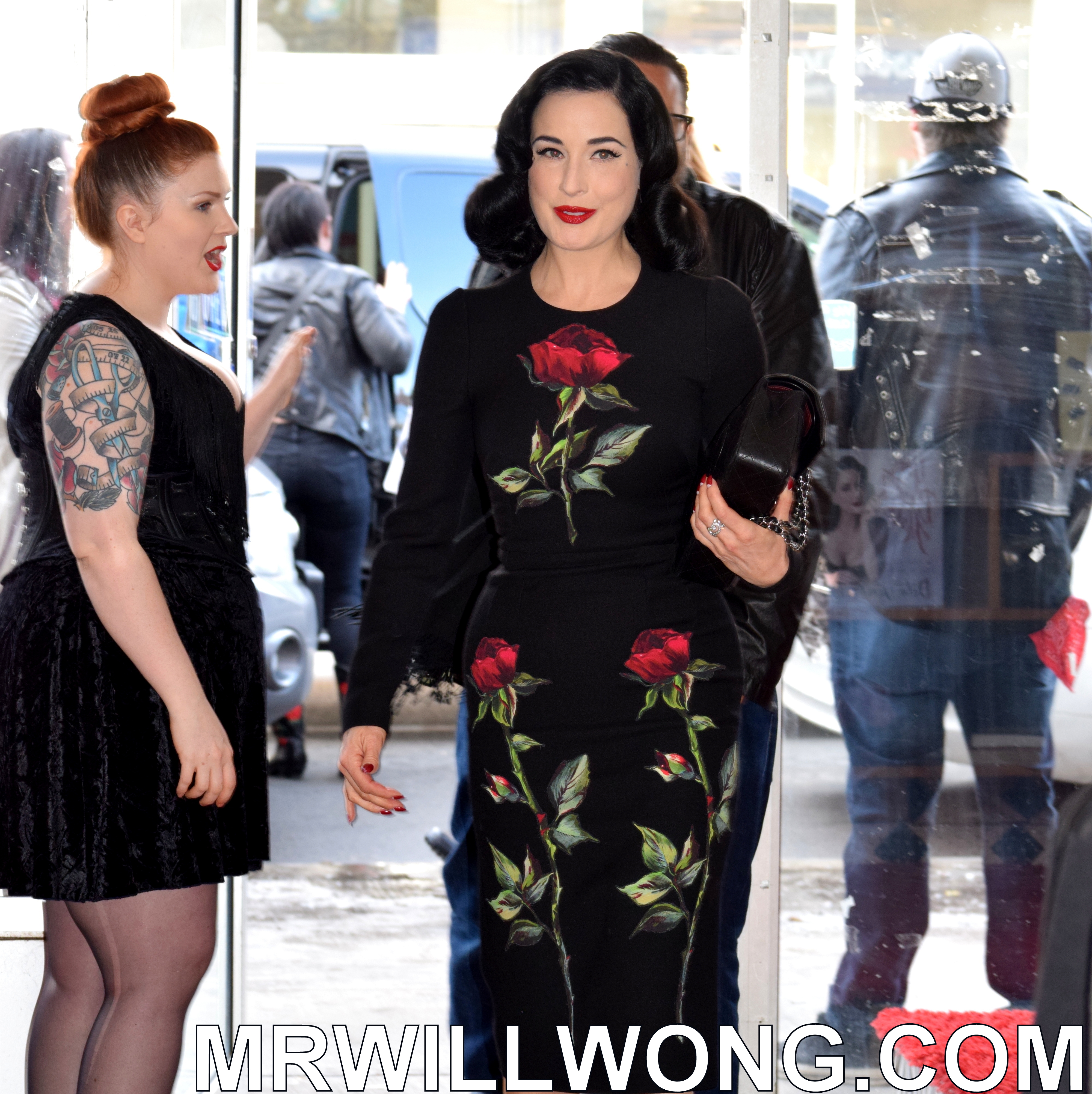 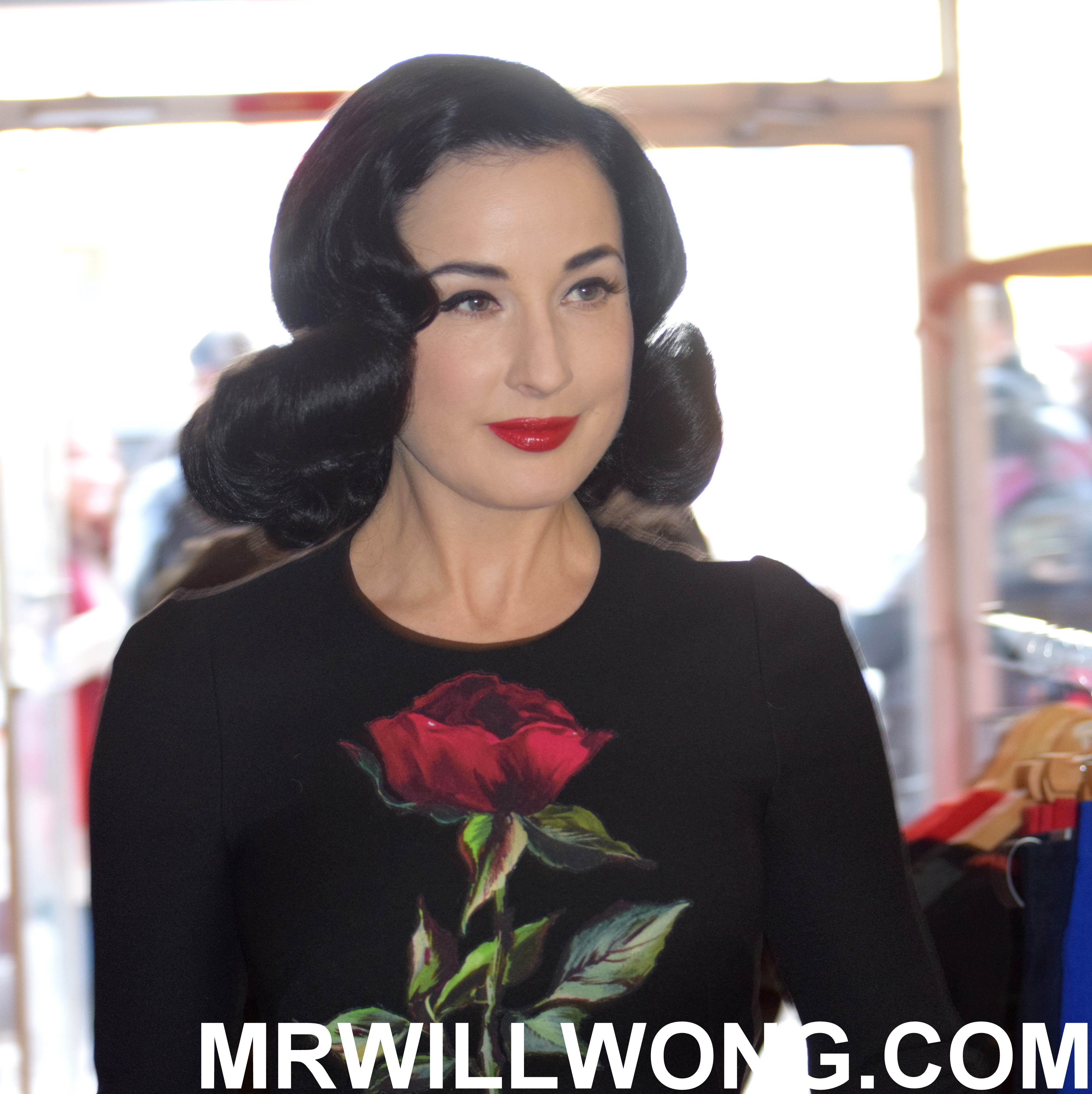 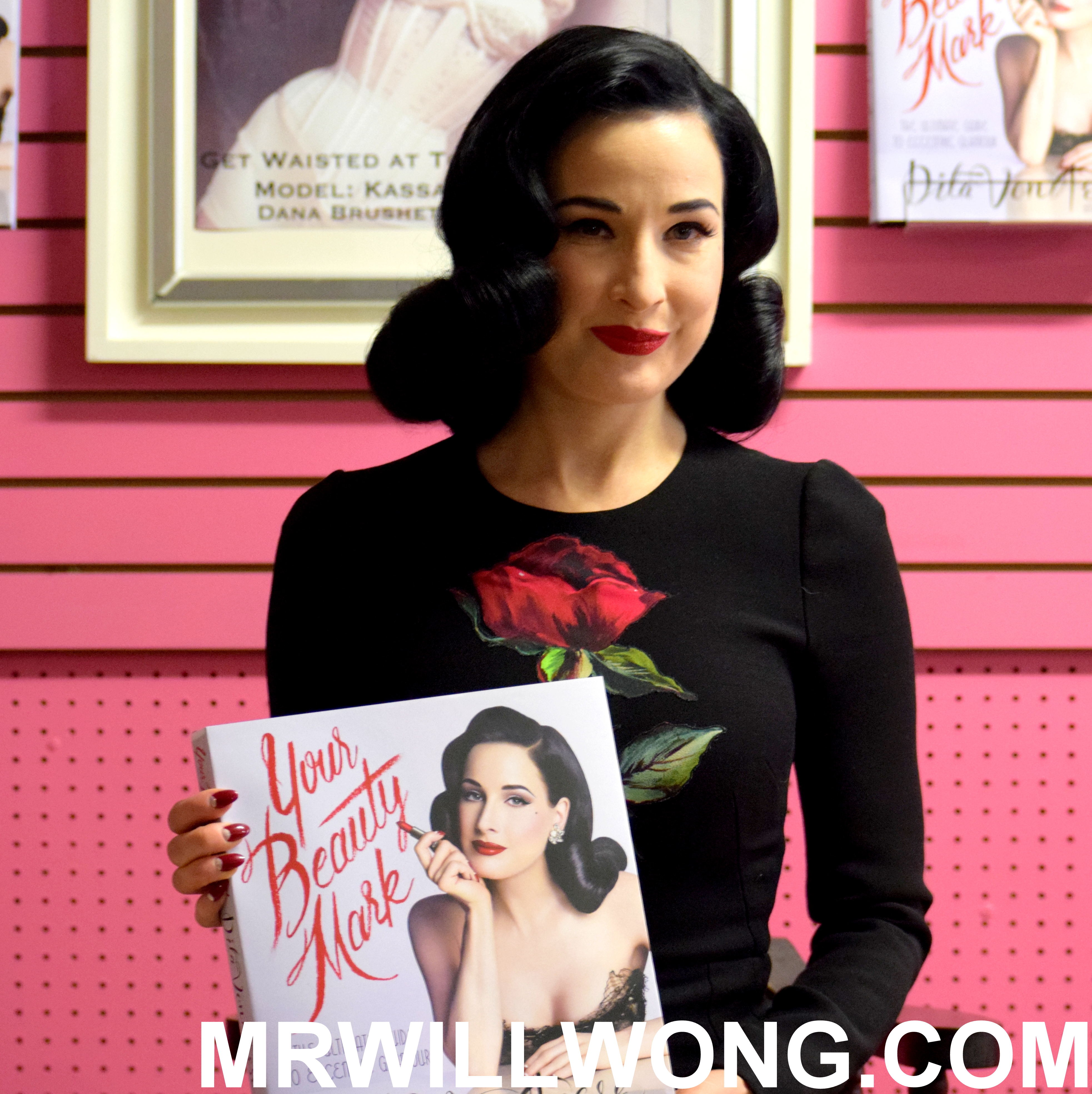 So amazing meeting #Burlesque icon, #DitaVonTeese! She’s here for a performance at The Phoenix and to sign her new book, #YourBeautyMark. 👄