#SPOTTED: DAVID DUCHOVNY IN TORONTO FOR “THE CRAFT” | GENIE BOUCHARD BACK IN TORONTO

Just having began production last week in Toronto, the upcoming Remake of THE CRAFT is now officially in full swing. The Blumhouse Productions/Sony Pictures Film by Actor-turned-Director Zoe Lister-Jones (Whitney, New Girl) will continue to film around the City through early December. In addition to Michelle Monaghan being added to the Cast recently, two-time Golden Globe Award winner David Duchovny also has been announced to star. While their roles are undisclosed, they join the four young leads, led by Cailee Spaeny, and it is said the Plot of this Remake mirrors the original, seeing a girl who joins a group of outcasts rumoured to be witches, whom together discover their supernatural powers and complete their coven together, only to encounter some scary consequences.

We spotted Duchovny, who looks amazing by the way, arriving in town to continue work on The Craft and he was amazingly nice to stop for Selfies and autographs, telling fans “Nothing beats the Selfie!”.

So nice meeting this icon, multi-Golden Globe winner #DavidDuchovny. He is here filming the Remake of #TheCraft to be released via Blumhouse/Sony Pictures.

Also seen arriving was tennis star Genie Bouchard who’s appearing at an event at a house party event for Rogers.  Bouchard, who has the distinction of being the first ever Canadian-born player to appear at Wimbledon.  While, she’s seen a bit of tough luck of late, her popularity continues to be high and earlier this year she signed-on as Executive Producer of a 20th Century Fox film inspired by a true story of her being asked on a date by a fan on the condition the New England Patriots won Super Bowl LI, and they did. 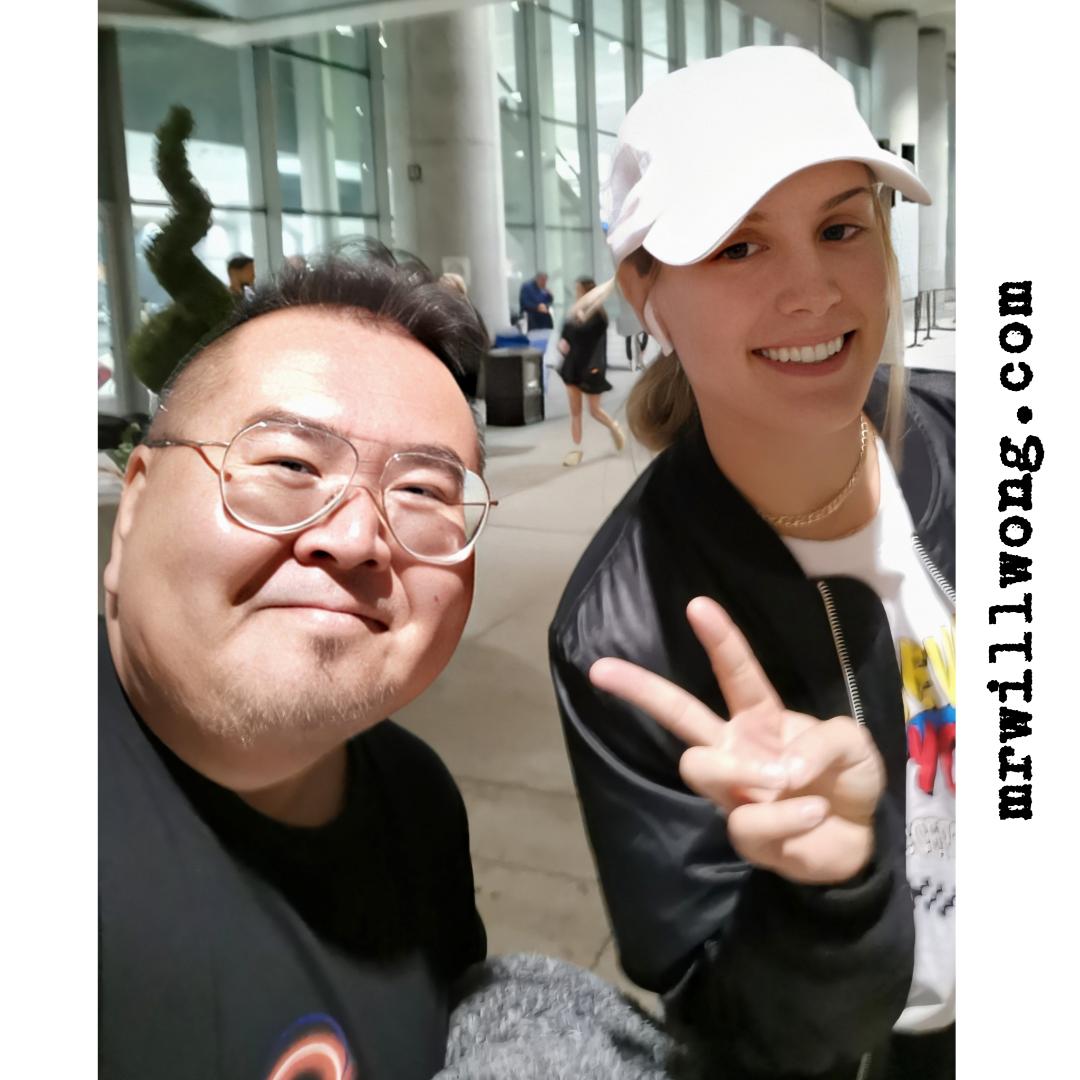 Click here to cancel reply.
#BOXOFFICE: “JOKER” RISES BACK TO THE TOP
#GIVEAWAY: ENTER TO WIN RUN-OF-ENGAGEMENT PASSES TO SEE “THE IRISHMAN”