#SPOTTED: CJ ADAMS & ERIN PITT IN TORONTO FOR “AGAINST THE WILD”

Teen Stars CJ Adams and Erin Pitt might look familiar. Those of you who watch Chicago Fire and/or saw 2012’s The Odd Life of Timothy Green surely were touched by Adams’ Award-winning performance as a Boy sprouted from the ground, taken-in by a Couple (Jennifer Garner and Joel Edgerton) facing difficulty conceiving. Hamilton-born has appeared in the likes of Silent Hill 2 and Camp Rock 2 – she even filmed American Girl: Blanche in Toronto last Summer.

Both young Stars are in the City promoting their new Movie, Against the Wild, which sees a pair of Siblings and their Dog lost in the beautiful and possibly dangerous Wilderness after their Plane crashes. The Duo appeared on Global Television‘s The Morning Show (Toronto Edition), kind to stop a minute for a Snap.  Adams, who stars in upcoming Blockbuster Godzilla, was appreciative when told how great he was in Timothy Green, giving back a quick thanks!

Watch their Interview of The Morning Show here. 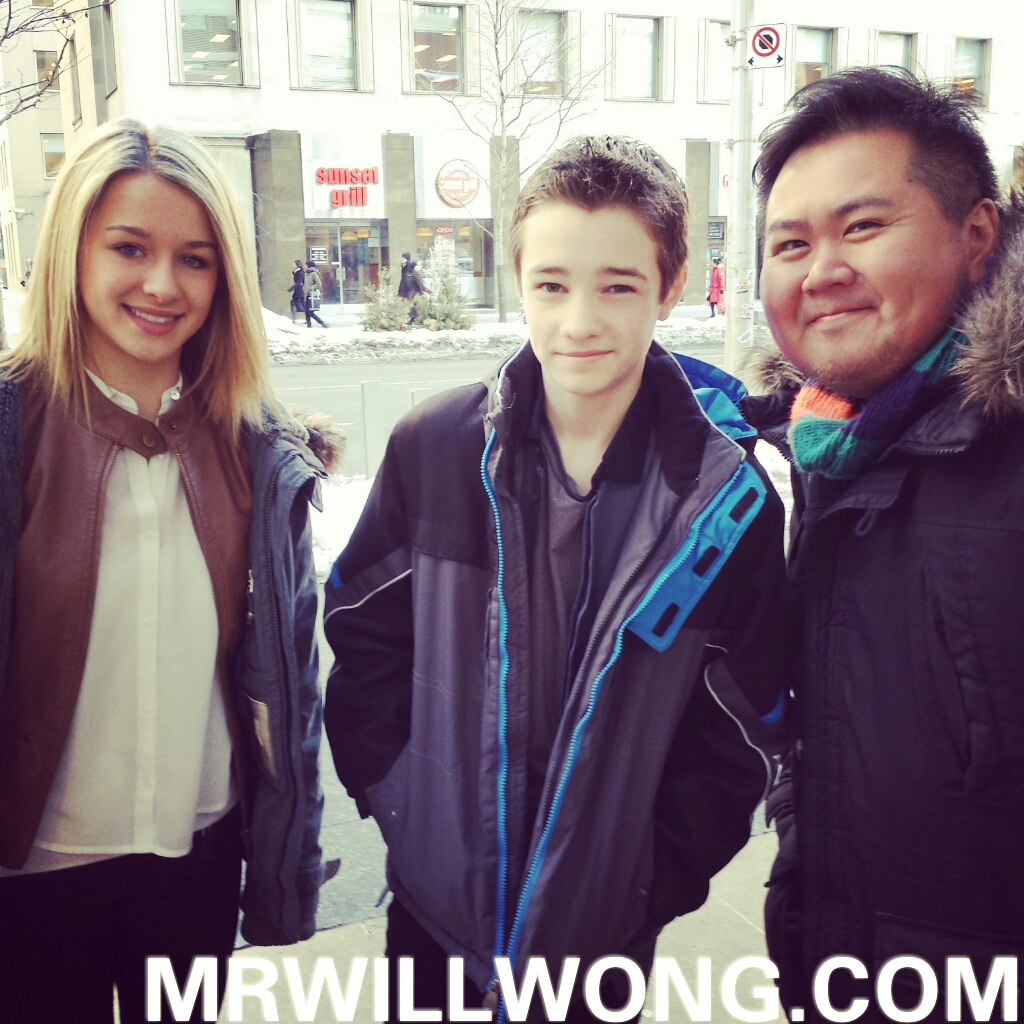