With over 1.2 million people estimated to be in attendance this year, Pride Toronto kicked-off last weekend and concludes today. The annual Festival celebrating history, courage, diversity and future for the LGBTQ Community sees its Marquee event tomorrow, the annual Pride Parade, take place for the 41st consecutive year. Click here to view the Route.

Always a big draw to the Festival, Musical Talent this year includes En Vogue, Carol Pope, Diamond Rings, Anjulie, KAY, Diana King and Carmen Electra.    The latter, whose eclectic talents include Writing, Acting, Modelling, Dancing and Singing too, performed original material tonight on the South Stage at Church x Carlton.  Many don’t realize that Electra actually recorded a debut Disc back in 1993, produced by none other than Prince, and only recently returned to her roots. Sporting an edgy Electro/Hip-Hop/Dance Sound, Electra electrified on-stage even if her performance was brief with Tracks like Bigger D*ck and I Like it Loud,  with the help of two Backing Dancers.

Upon leaving the Venue, Electra was nice enough to stop for a quick Snap (thanks so much to Reader Jay Stoney for taking it!), even offering to take more Photos with Fans before her Entourage shut it down, leaving a couple Fans disappointed.

For those curious about Electra’s sound, check out latest Single, I Like it Loud below: 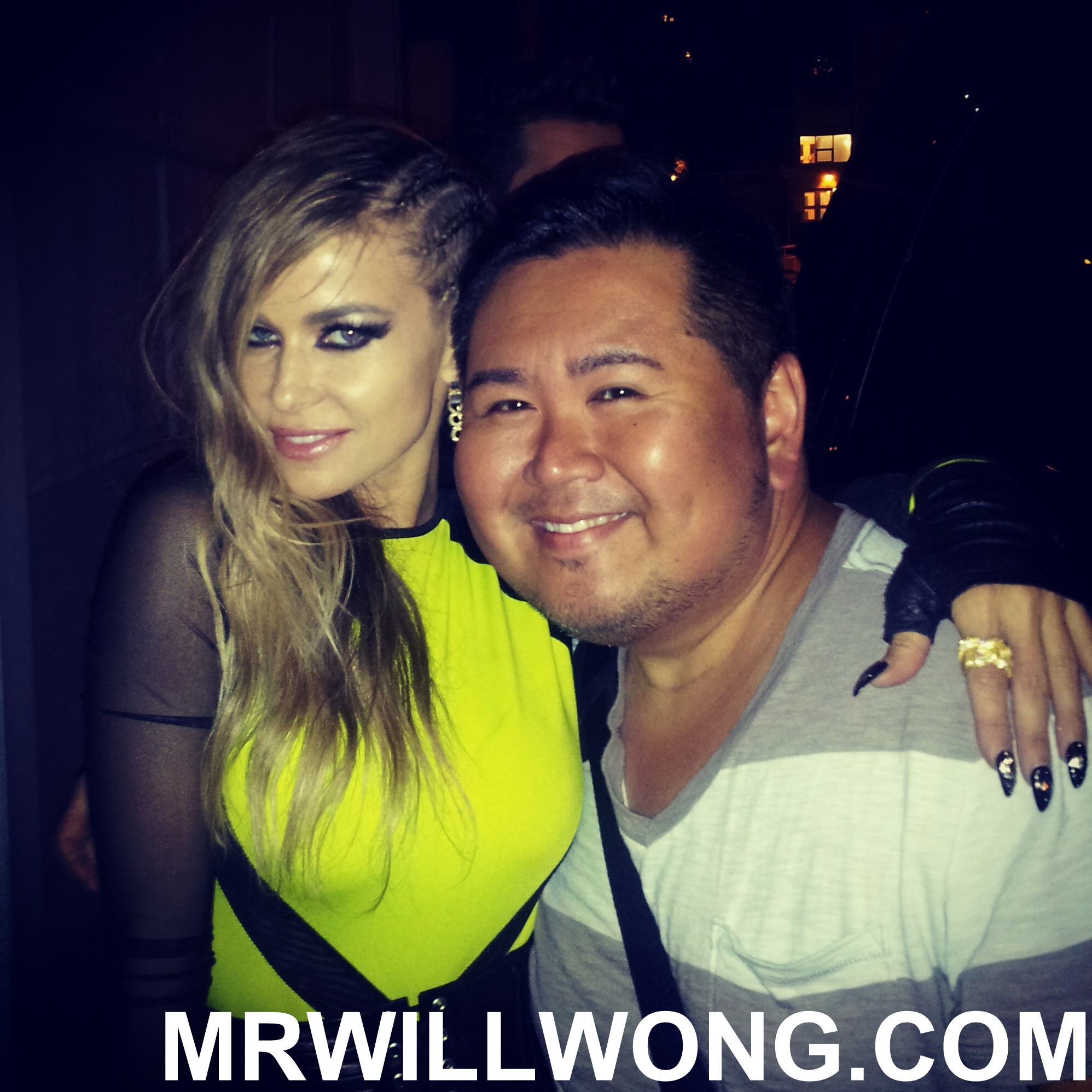