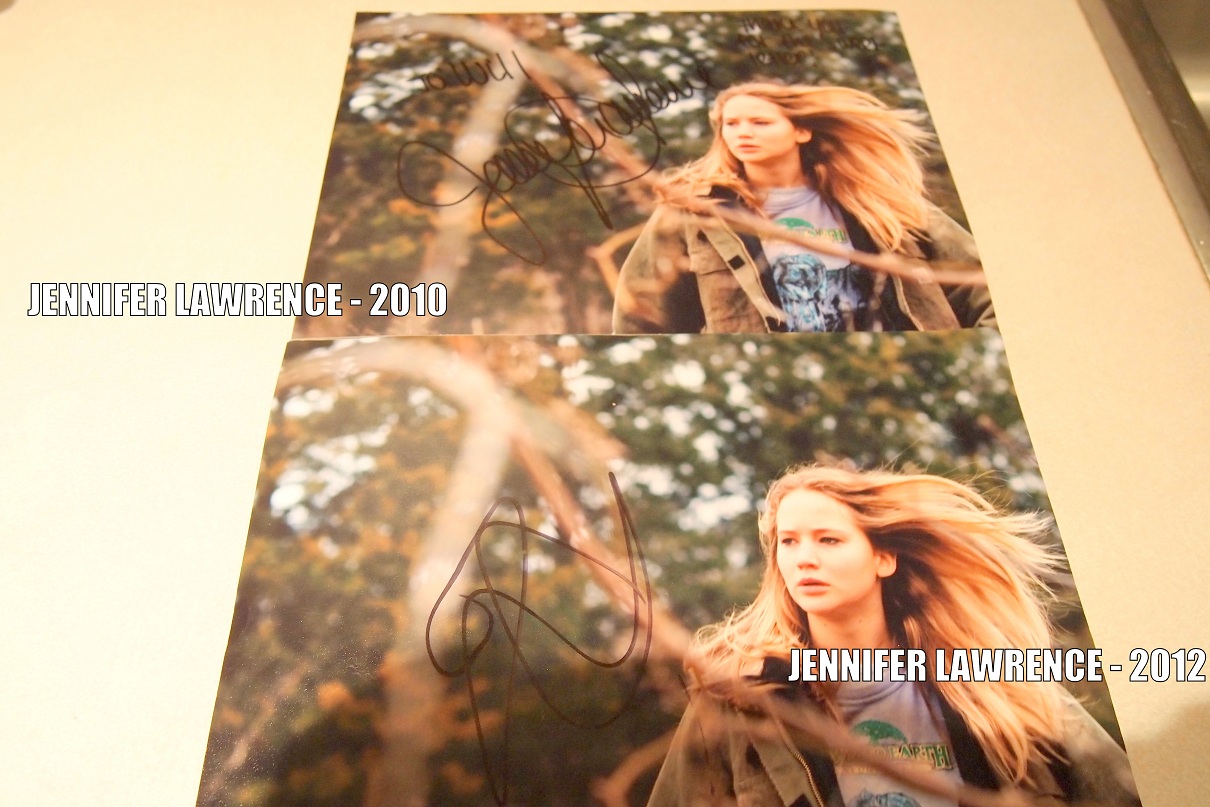 Fame really can change a person… all the way down to how they sign their name.  Two Summers ago, I decided to write Jennifer Lawrence a Fan Letter while she was filming House at the End of the Street (now in theatres) in Ottawa.  Within a week or two, she was amazingly sweet to reply back, signing a couple Photos I included with the letter.  Incredibly touched by her performance in Winter’s Bone, I had told her I was so excited for her return to Toronto one day and it would appear I got my wish come true for TIFF 2011, seeing her name confirmed as a Guest for the Romantic Drama, Like Crazy.  Days into the Festival, I received the devastating news that she no longer would be coming for the Festival. When I saw her name surface on the Guest List for TIFF 2012, a huge smile was drawn on my face.

Although it’s only been two years since I sent that piece of Fanmail to Lawrence, I knew my chances of meeting her at the Festival this year were nil, I am thrilled that her star has risen so quickly with the popularity of The Hunger Games. At the Premiere for Silver Linings Playbook– which I loved – I found myself buried six rows deep among Fans, knowing that I didn’t stand a chance of getting that coveted Photo with her. Perhaps another year.

I was however, able to obtain an Autograph in-person by thrusting forward a Photo to her amidst the clanging of Clipboards and tattered Memorabilia  and found it amusing what a huge Crowd and a Handler rushing can do to one’s Autograph.  Above we have a proper Jennifer Lawrence Autograph, personalized along with a heartfelt note: “TO WILL – Thank for the sweet letter!  Jennifer Lawrence“.  Below we have a sample of her 2012 Autograph obtained among a Crowd. I think I see the letter “J” somewhere in there?  LOL

Not to be ungrateful, because I appreciate any gesture large or small, but I found great amusement in doing a side-by-side comparison of this!