#REVIEW: “HOUSE AT THE END OF THE STREET” 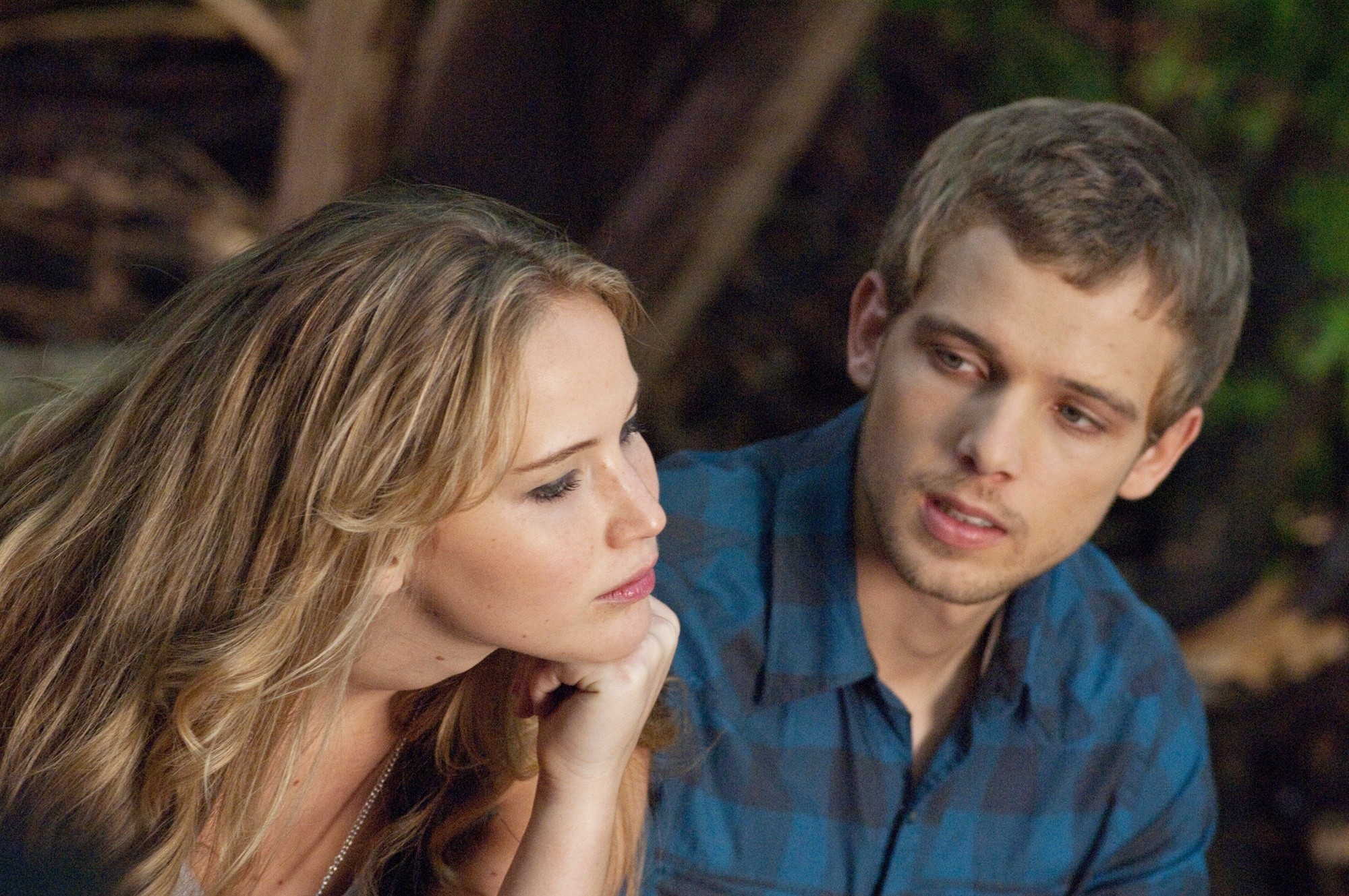 The difference between The House at the End of the Street and any other Haunted House-Horror is that this Mother and Daughter know exactly what they’re getting, versus finding out along the way when it’s already too late.   This effort from Director Mark Tonderai  has  Sarah (Elisabeth Shue) and Elissa (Jennifer Lawrence) aware precisely of a Double Homicide which took place on the same street they  relocate to, all in the name of affordable housing.

Despite their genuine efforts to make reconnecting as Mother and Daughter a primary focus, things fall to the wayside quickly with Sarah‘s busy work schedule as a Doctor.  A headstrong Elissa befriends Ryan (Max Thieriot) against her Mother’s wishes as something isn’t quite right about Ryan. You guessed it –  the Victims of that said Double Homicide were his Parents and the Killer would be his brain-damaged younger sister, who is rumoured to live in the woods. Great.  On paper, the signs are all there to steer the heck clear of the Drama, but if weren’t for Drama, there wouldn’t be a Movie.

House at the End of the Street doesn’t tread any new territory in terms of the Genre, but what makes it entertaining is the honest and fully-committed performance given by now-Megastar Lawrence. Surely she couldn’t have known that back in the Summer of 2010 when she filmed this Movie in Ottawa, that she’d see her Star rise as quickly as it has.  Thieriot – whom I kept confusing for Cam Gigandet – more than ably fills the role of the Villain here and if you are patient enough to wait till the end, you’d better have your Baseball Bat ready for a sharp Curve Ball thrown your way. It’s always a pleasure to see Oscar-nominated Shue on the Big Screen, even if she isn’t fully challenged here.

This Horror may have Genre Enthusiasts turning-up their noses, however Lawrence’s younger Fans definitely will have a bit of fun with this. And did you know she could sing really well?  Alliance Films releases House at the End of the Street on Friday, September 21, 2012.