#GIVEAWAY: ENTER FOR A CHANCE TO WIN TWO TICKETS TO A PREMIERE SCREENING AND ACCESS TO THE MONGREL TIFF PARTY!!

This year not only are we giving you the Scoop about Stars and the Films that will come to define the 2013 Toronto International Film Festival, but here is your chance to get on the other side of the Barricade! Our dear Friends at Mongrel Media, who recently have gifted us with Passes to Before Midnight, Frances Ha, Blue Jasmine and more, generously are giving you a chance to win  two tickets to a Premiere Screening and access to the Mongrel TIFF Party!

Some of the fabulous Films to be presented at TIFF ’13 from Mongrel Media this year include: 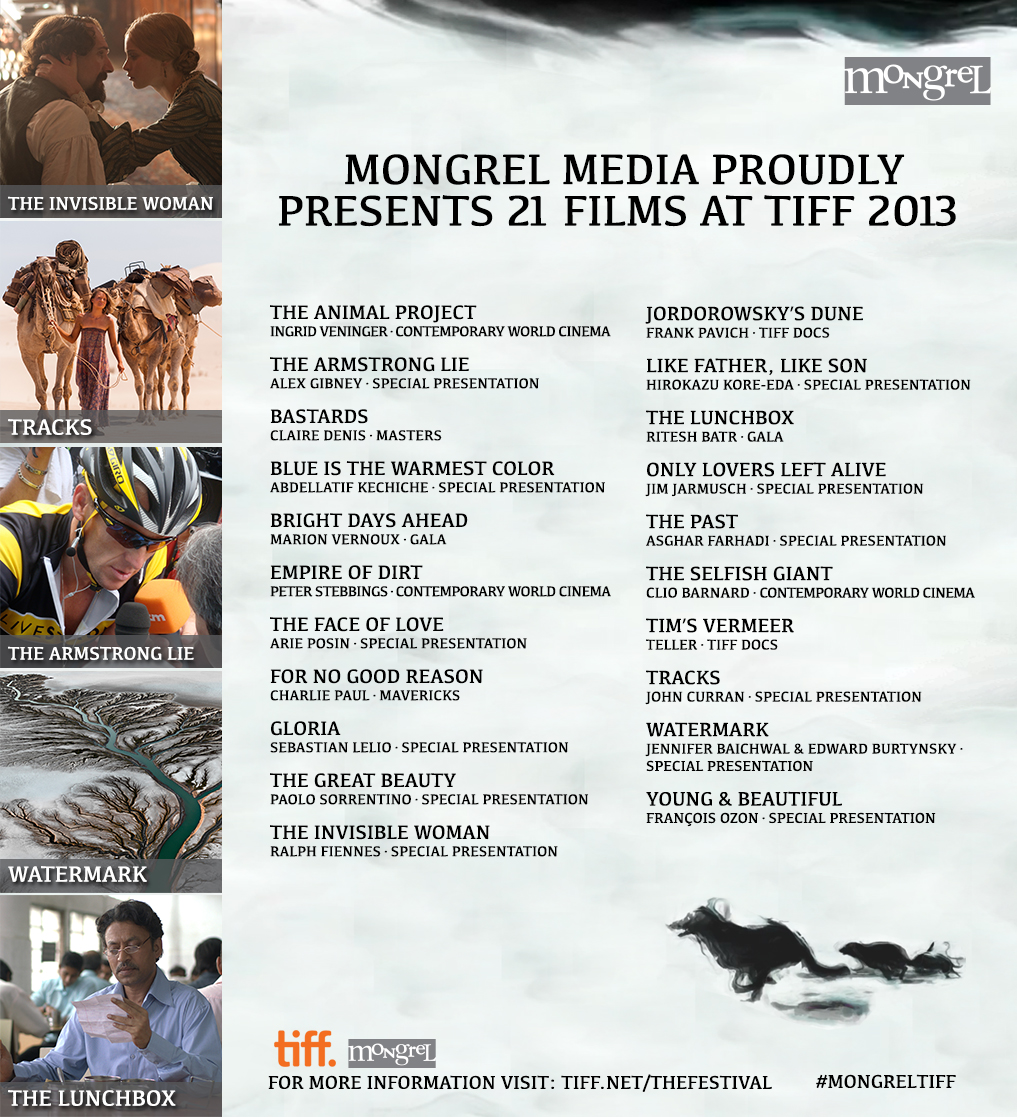 The full TIFF ’13 Schedule has been announced. See who’s coming and start planning your Schedule now!  More on that here. 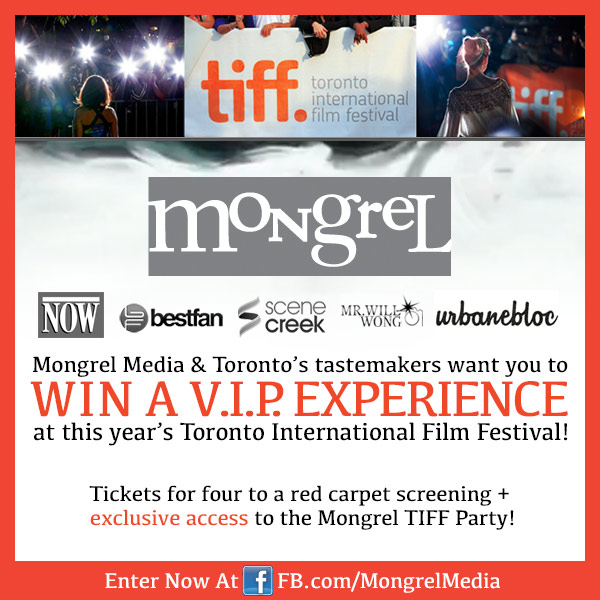 For now, remember to “like“ their Official Facebook Page. More details on how to win here! When Tweeting about the Contest, please use the #MONGRELTIFF Hashtag!