One of 2015’s most buzzed Films comes this October in Steven Spielberg‘s Cold War Thriller, BRIDGE OF SPIES and here’s your first look!  The timing would be perfect for a TIFF ’15 Premiere, no?

Synopsis:
American attorney and U.S. Navy Reserve Commander James Donovan (Tom Hanks) finds himself in the middle of the Cold War when the CIA sends him on a near-impossible mission to negotiate the release of captured American U-2 spy plane pilot Francis Gary Powers with the Soviet government. 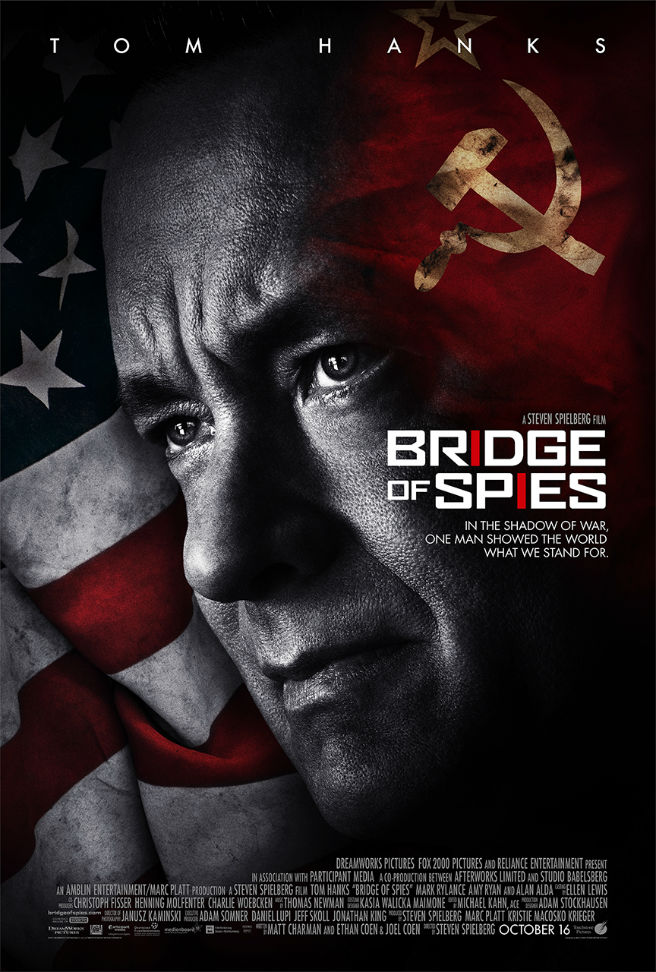