TIFF ’13 certainly was one of our most star-filled Festivals yet and we wouldn’t have made it through without the generosity of our Partners.  A warm-hearted thank you goes to Hotel Novotel Toronto Centre, Honda Canada, Out There with Melissa DiMarco, Grosch Film Works Open House, eOne Live, Mongrel Media, Touchwood PR, Remstar Films, CP24, George Stroumboulopoulos’ Made in Canada Lounge, Olympus, Samsung Canada, Nella Bella and H&M Canada for their amazing generosity.

HOTEL NOVOTEL TORONTO CENTRE – with a classic European charm and situated right in the heart of Downtown Toronto (close to the action of the Film Festival!), I enjoyed my stay immensely in my Executive Suite.  The Staff were amazingly-attentive and friendly and the biggest plus of all is that they are Dog-friendly, alleviating a lot of my stresses as it enabled me  to check-in on Billy throughout the day.  Billy and I already miss our spacious suite, extremely-cozy bed, large-screen Television at our desk. We  hope certainly to visit again soon!  And did I mention the amazing Breakfast Buffet?  They understood fully my need for Caffeine, giving me my own Coffee Carafe! I soon discovered for myself why it is that  Café Nicole is known for having the “best bread in the City” and once you see for yourself their  Bread Counter, you too will know why!

HONDA CANADA – this was my first opportunity driving the 2013 Honda Accord Touring and it was amazing. I made full use of its Econ button and made it through the Festival on less than $30 in gas. Comfy leather seats, a USB port to charge my phone and listen to my MP3s through the superb sound system, plus lightning quick response places this Vehicle at the top of its class. The customizable temperature for Driver and Passenger also came in ultra-handy. And did I mention it’s quite a Looker too?  Stunning.

OLYMPUS – although I struggled with the Selfies on this slippery and fast, state-of-the art Camera, several were happy to help me snap my Photos with the Stars.  Of the Photos I did take on it, the resolution (16 MP) and clarity were astounding.  It was remarkably quick to get the Shot under every varied degree of lighting in which it was tested. I am proud of the Photos the Olympus PEN E-PL5 took for me during TIFF ’13 and it is a great median for those of us who demand more than the quality of a Point-and-Shoot, yet are turned off from the lack of discreteness of a full-on SLR.  Review some of my awesome Snaps here.

H&M CANADA – it definitely was chilly this TIFF on the whole, but I managed to be dressed for the weather in my Cardigans from H&M’s Fall 2013 Collection. I am proud to say that in one of my appearances on CP 24, super-popular Television Personality Stephen LeDrew took a moment to praise my style on- air and I definitely couldn’t have earned that without H&M!

MONGREL MEDIA – for the first time, my Readers were given a chance to get the VIP Experience including Passes to their Premieres and annual TIFF Party, thanks to one of Canada’s most important Film Distributors. John Curran‘s Tracks easily was one of my fave TIFF ’13 Films and I look forward to supporting some of their exciting new releases!

SPOKE AGENCY & eONE LIVE – having just launched in time for TIFF, eOne Live takes Film Fans on a digital experience behind the scenes at TIFF unlike any other. Where else can you snoop what Celebs took in their Tim Hortons’ Coffee? Thanks to eOne Live, Mr. Will Readers got into the Red Carpet Premiere of Enemy seeing Jake Gyllenhaal up-close and personal and also the well-received Documentary One Chance! We love eOne Films and are mega-excited about eOne Live!

TOUCHWOOD PR & REMSTAR FILMS – Mr. Will Readers went berserk for the chance to attend the Red Carpet Premiere of Don Jon with Joseph Gordon-Levitt and Scarlett Johansson and we owe them a huge thanks for the opportunity! We are thrilled to partner and spread the word about their exciting slate of Films including TIFF-premiered Oscar Contender Dallas Buyers Club!

NELLA BELLA – my one trusty Sidekick this TIFF was my amazing and spacious Stockholm Bag by Nella Bella. The Canadian-made, Vegan-material Bag endured super-long days, gruelling wear-and-tear, plus torrential rainfall, protecting my all my important gear.  It also saw its share of  Stars along the way! Stockholm, you’ve been promoted to my permanent Bag of Choice!

OUT THERE WITH MELISSA DiMARCO – we were extremely well-cared for by the Team behind this wonderful Entertainment Staple (now seen on FOX in the U.S.!) during TIFF ’13, an Oasys amidst the chaos. Thank you Team Out There for your hospitality and thanks for giving Mr. Will Readers a chance to be on the inside at your amazing Hospitality Suite!

SAMSUNG CANADA – A big part of the Mr. Will TIFF Experience is the Social Media aspect and if you spotted me at some point during the Festival, I probably was buried in my Smartphone Instagramming and Tweeting away. I wouldn’t have been able to survive the long 20-hour days with any less a Smartphone than the Samsung Galaxy S4.  When I didn’t have enough time to grab for my Camera, the S4 was there to get the Snap in amazing 13 MP-resolution! Its remarkable style, large touchscreen and super-fast processing speed make it the only possible go-to for days as draining as TIFF.  It certainly has the goods to back-up its self-proclamation as a “Life Companion”!

GROLSCH FILM WORKS OPEN HOUSE – Although I’m not a huge Beer Drinker, there is only one thing and one thing only htat I wanted after standing on-foot for hours on-end in the sun… some ice-cold Grolsch Lager – the official Beer of TIFF. Thank you Grolsch Film Works Open House for the refreshment and some relaxation away from the bustle!

GEORGE STROUMBOULOPOULOS’ MADE IN CANADA LOUNGE – It’s always been a dream of ours to visit a TIFF Gifting Lounge and this year we went straight to the top, getting an exclusive invite into Canadian Icon George Stroumboulopoulos’ highly-coveted Made in Canada Lounge where we got to enjoy some of the amazing homegrown products which several A-Listers like Joseph Gordon-Levitt took home.  We will never forget.  Thank you Best PR Boutique for the hospitality.

CP24 – Last but not least, thank you to the Team at CP24 for having me again this year, providing me an Outlet to share my TIFF Excitement with all of Southern Ontario!  I look forward to TIFF ’14 already!

From the bottom of my heart, thank you to all official Mr. Will Partners. 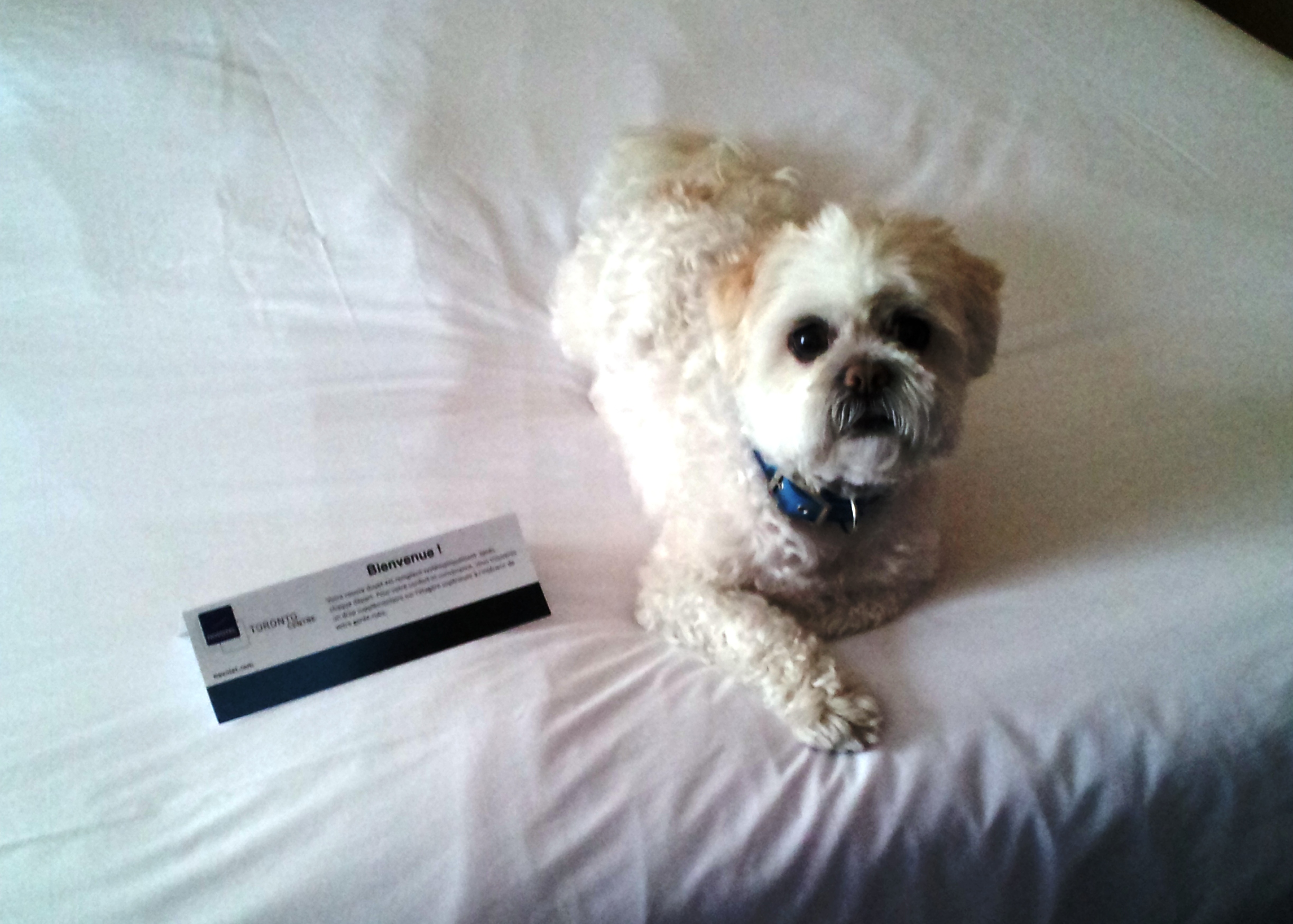