As TIFF ’13 Festivities are nearing an end, I had the incredible honour of being invited to what is regarded as the most sought-after Gifting Lounge of the entire Festival, George Stromboulopoulous’ Made in Canada Lounge. Now in its fifth year, the Lounge situated in the CBC Building this year decidedly has taken-on an all-Canadian theme. Not only was I floored by the Goodies in store, attending Celebrities loved them some of these locally-made products. As I was guided through the Lounge, my jaw was in an endless state of dropped as name after name was rattled-off to me, processing what these Stars took a liking to.

It also is said that “STROMBO” T-Shirts by Lancaster are becoming a bit of a Celebrity-obsession south of the Border also with Game of Thrones Star Nikolaj Coster-Waldau recently being papped in one.

I went, I visited and I didn’t want to leave.

For a complete list of the Canadian Businesses which were featured at George Stromboulopoulos’ Made in Canada Lounge, click here. 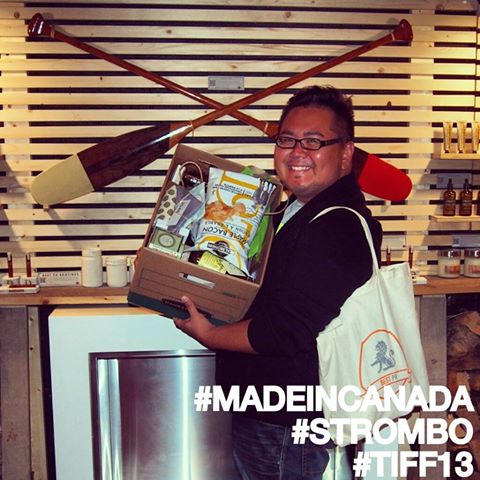