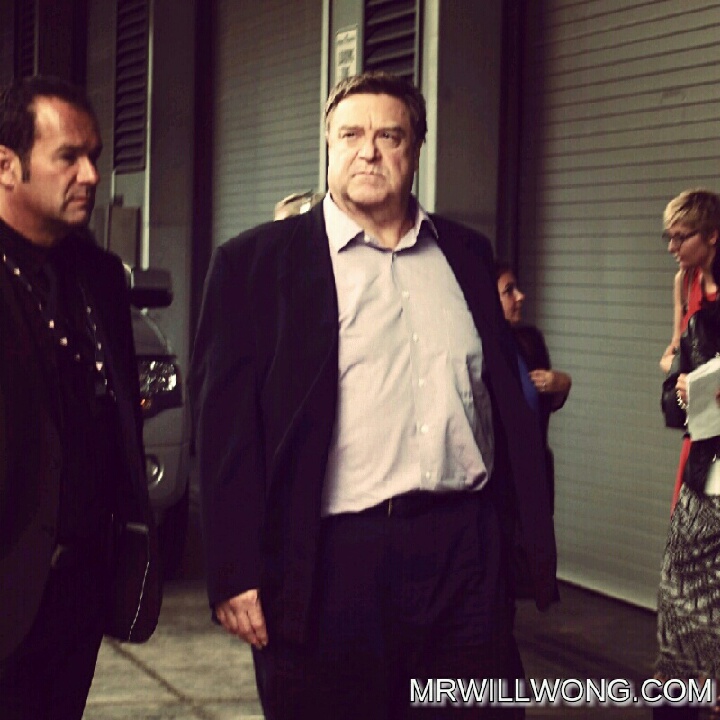 John Goodman certainly is anything but short of work.  The Actor was in Toronto earlier today doing Press for Argo, directed by Ben Affleck.  Despite being notoriously difficult with Fans, he was kind enough to stop for a few Snaps earlier today on his way to the Press Conference for the Drama.  On his way out, he did a Queen-like gesture, waving goodbye to Fans.

Will Argo be Goodman‘s second Best Picture in a row?  He starred in last year’s Winner, The Artist.

Goodman currently is working on .