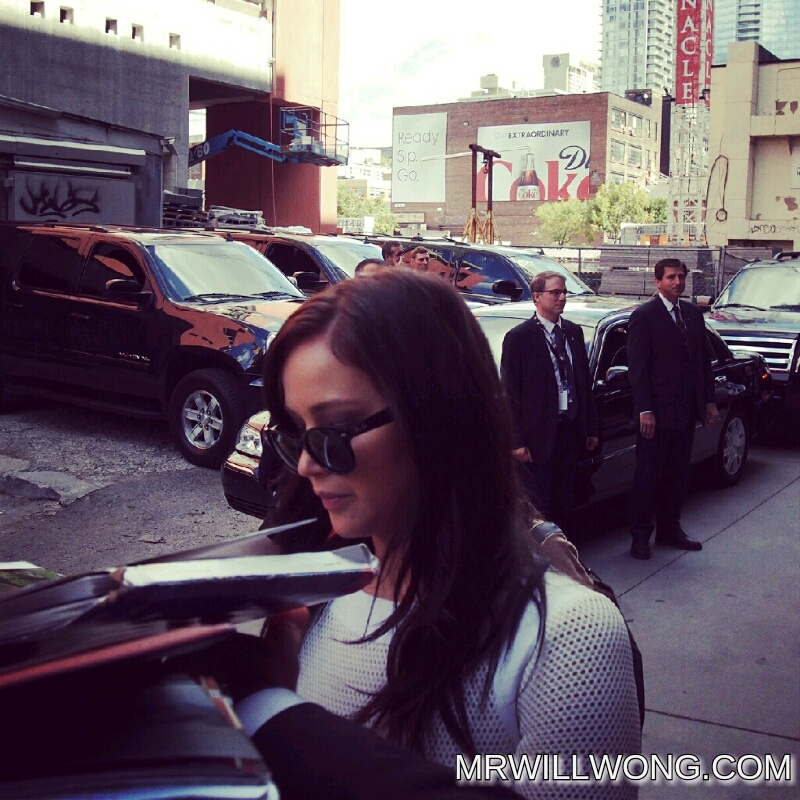 It is safe to assume pretty much everyone in the crowd of Fans waiting at the Press Conference for David O. Russell‘s Silver Linings Playbook yesterday were there for Jennifer Lawrence. The Actress, whose star has risen drastically over the past three years was  rushed into the venue but on her way out, she fulfilled her promise to sign some Autographs for Fans.

It would appear whatever training she is receiving for the upcoming The Hunger Games Sequel, Catching Fire, is helping her as she did a rapidfire zip through Fans before getting ushered-off into her SUV.  Unfortunately, nobody was lucky enough to get a Photo with her yesterday but that is understandable as that could’ve easily backfired into a mess.  Lovely also seeing her sense of style evolve!