#GIVEAWAY: ENTER TO WIN AN iTUNES DOWNLOAD OF “TRACKS”

One of our fave Films at TIFF ’13 was TRACKS. We’re pleased our Friends in the U.S. finally will have a chance to see it as it gets a released later this week.  In celebration of the Film’s iTunes and Video-on-Demand release next week, we are offering Readers a chance to win a free iTunes Download of the Film!  Mia Wasikowska is phenomenal in this. You must see it.  It is heart-felt, therapeutic and hugely emotional.

One of my favourite Films at TIFF ’13 undoubtedly was John Curran‘s Tracks. The scenic Drama based on the true experiences of Robyn Davidson.  My Review here.

Mia Wasikowska (Alice in Wonderland, The Kids Are All Right) stars in the astonishing True Story of Robyn Davidson, who set out on a solo 2,700-kilometre journey by foot across the Australian Outback in 1977. She ultimately wrote about her desert adventure in 1980 in the travelogue Tracks, which has now been beautifully adapted by Director John Curran (The Painted Veil).  GIRLS’ Adam Driver also stars.

Tickets will be available at the BLOOR CINEMA in Toronto after 8:45 PM tomorrow night, Tuesday, February 4, 2014.

Mongrel Media releases TRACKS in Canada on Friday, May 2, 2014.  More to come. 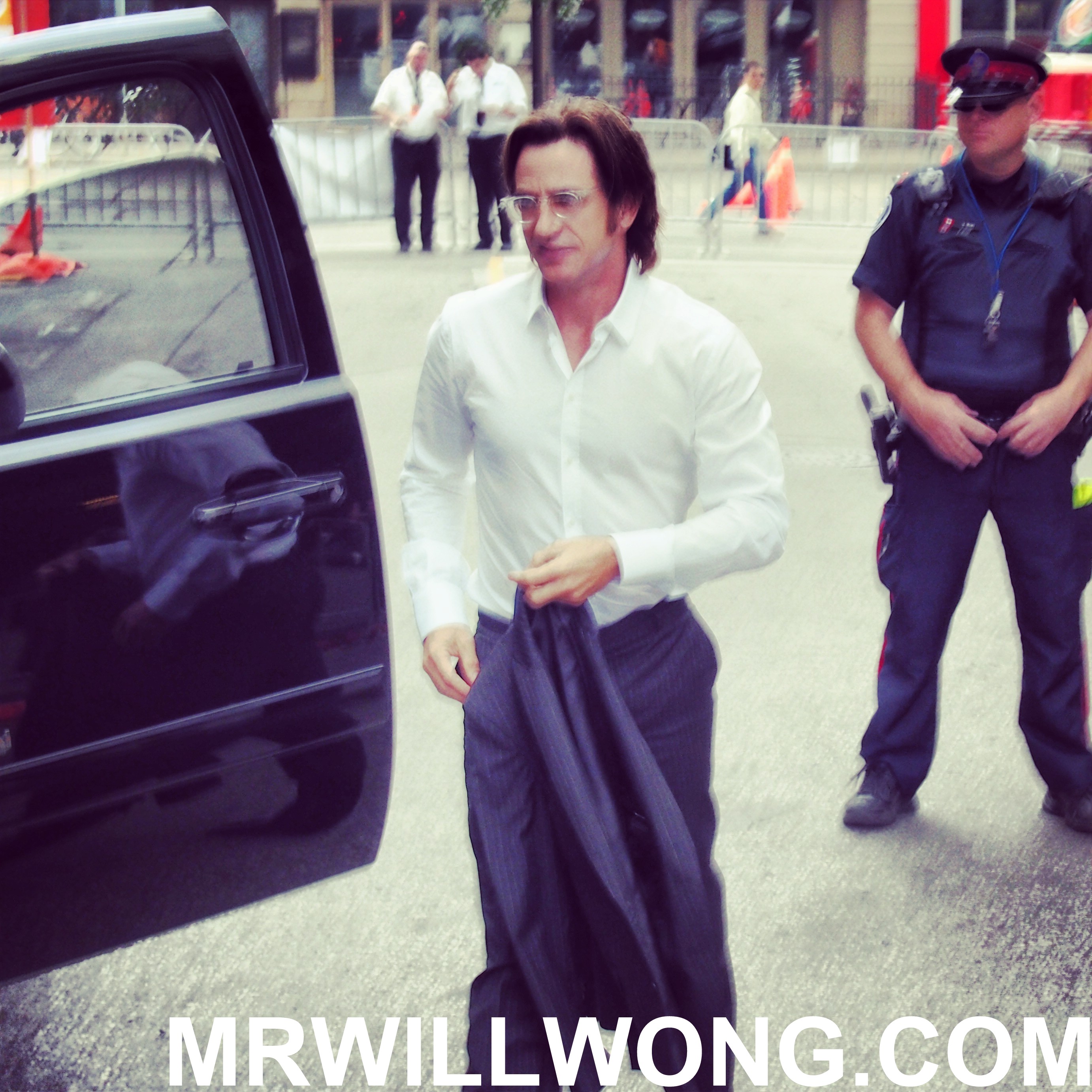 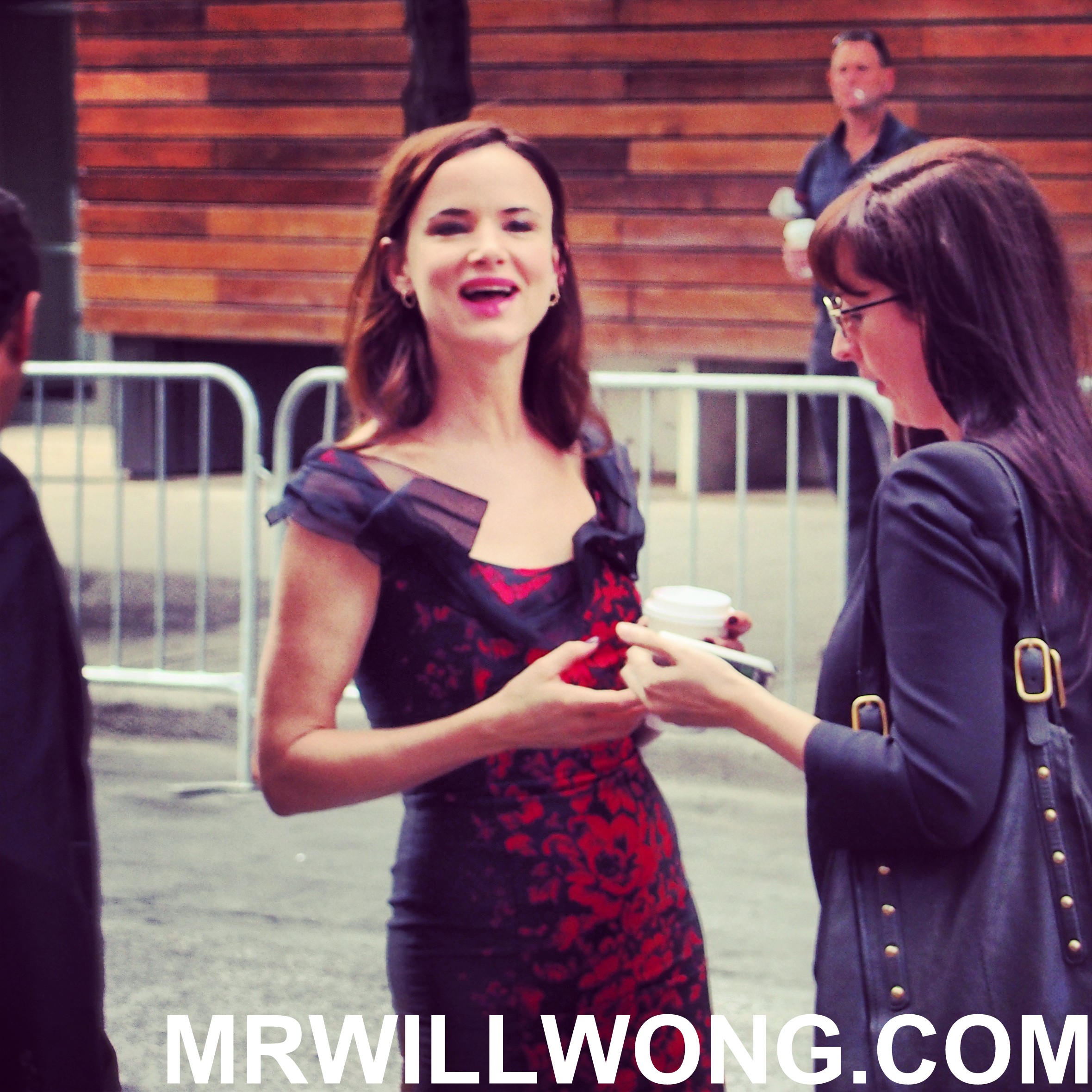 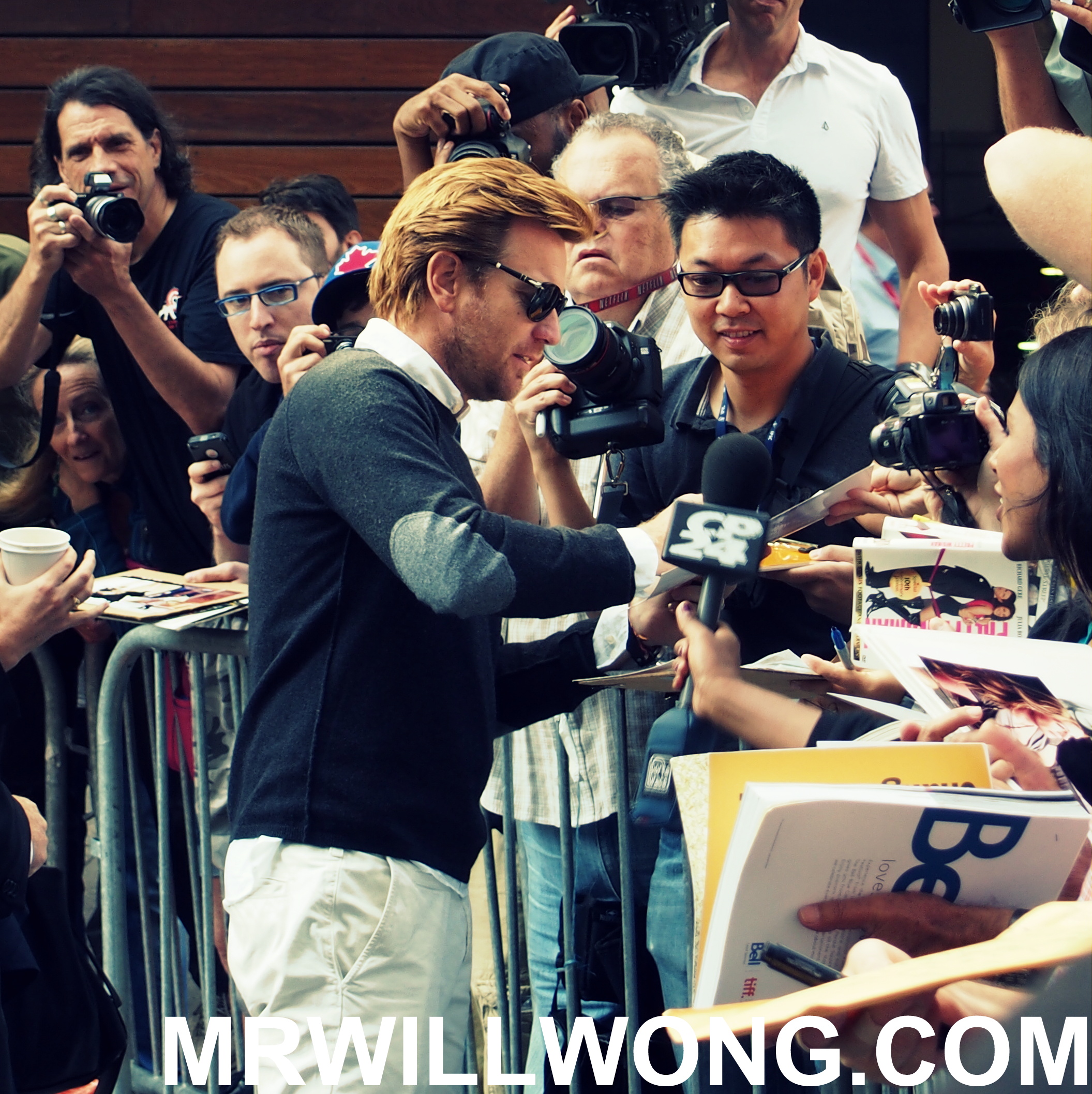 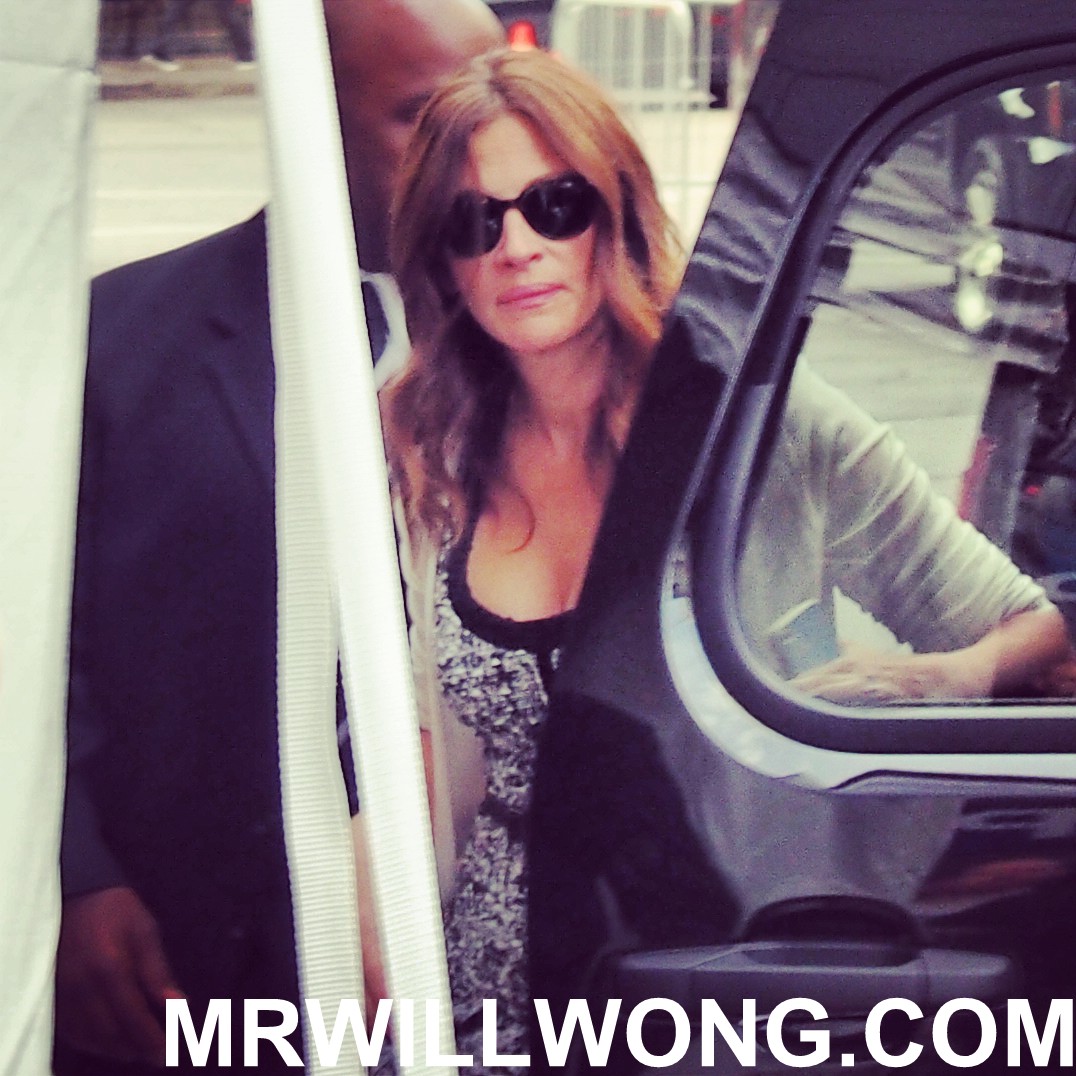 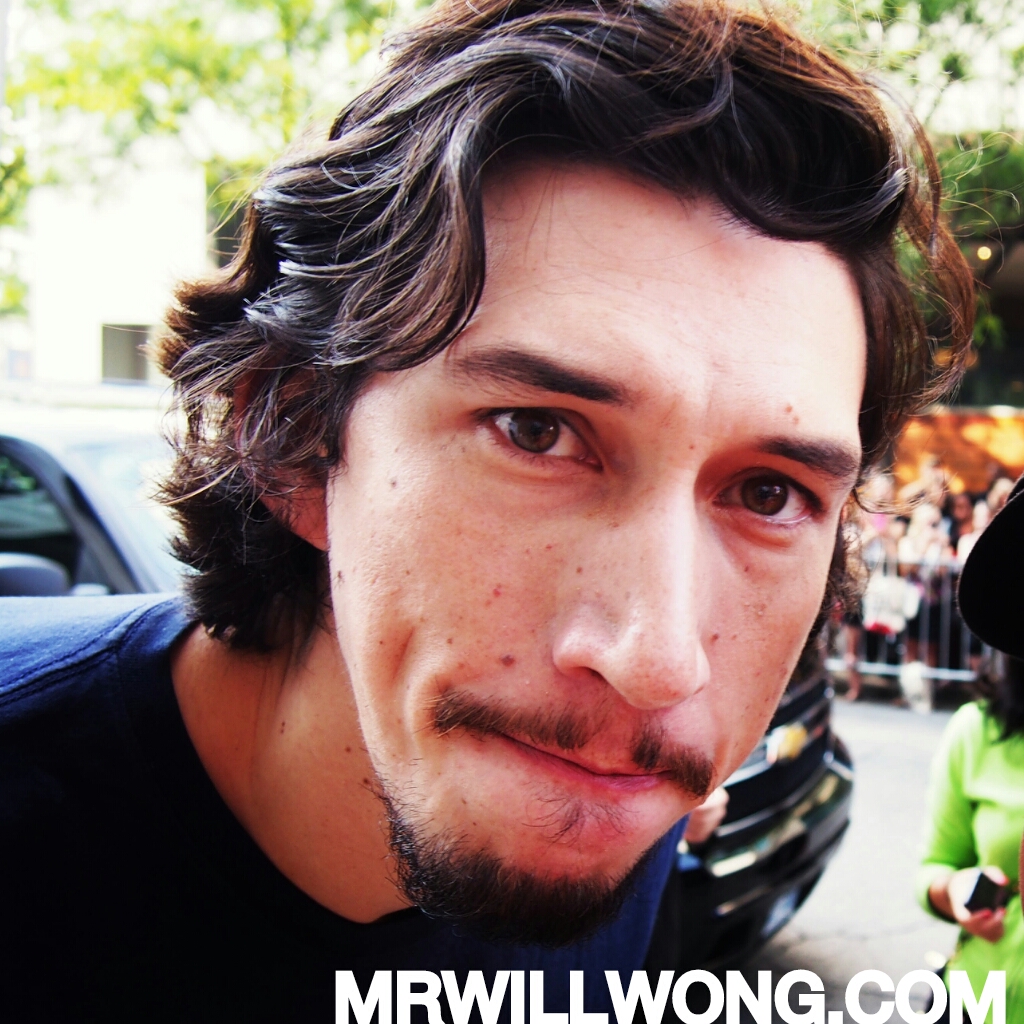 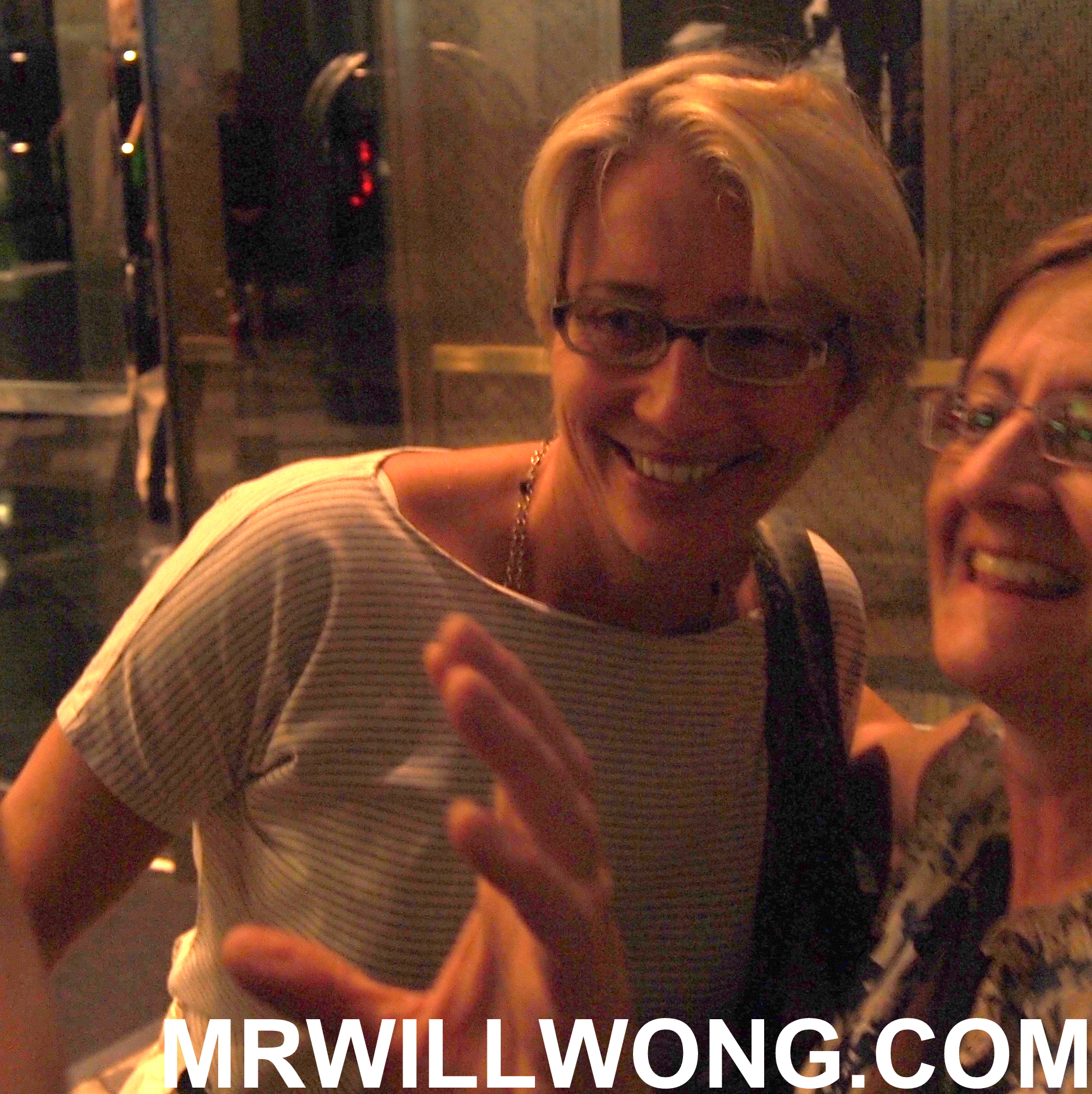 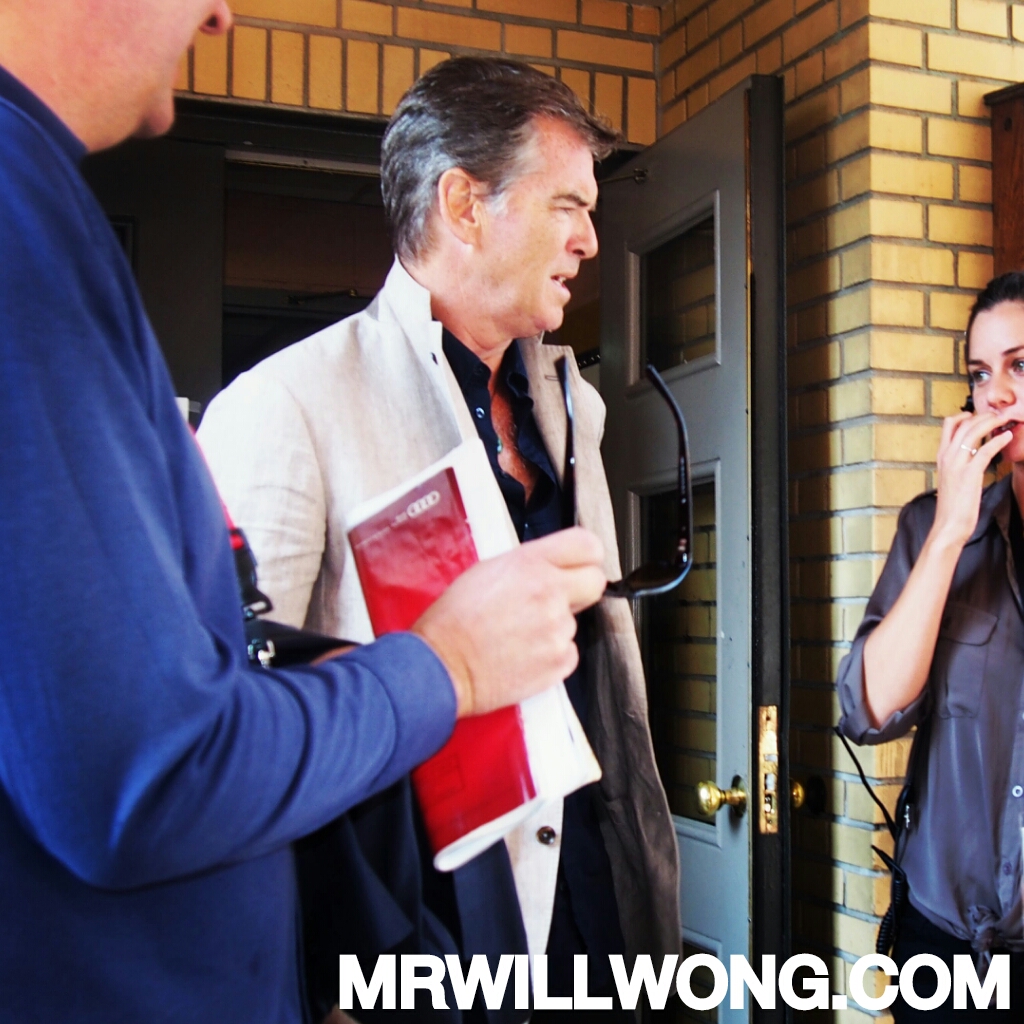 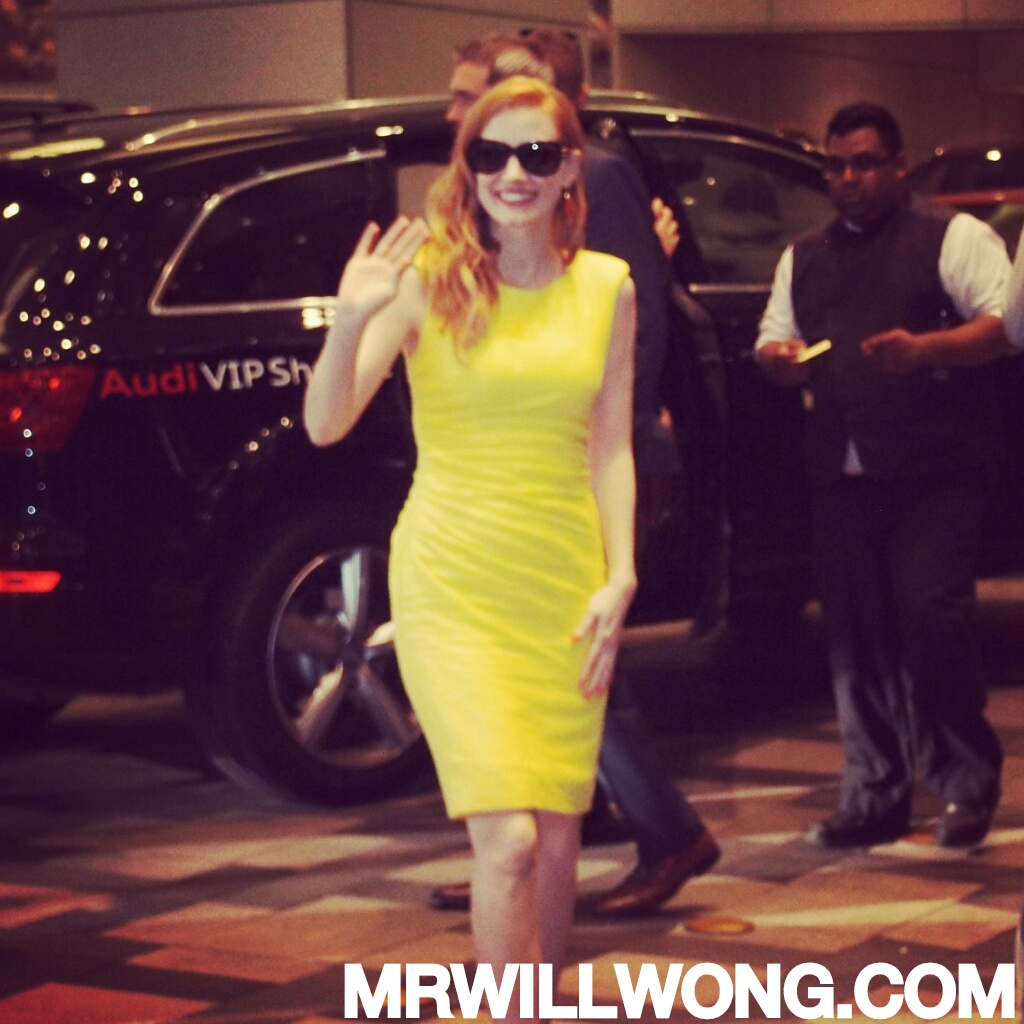 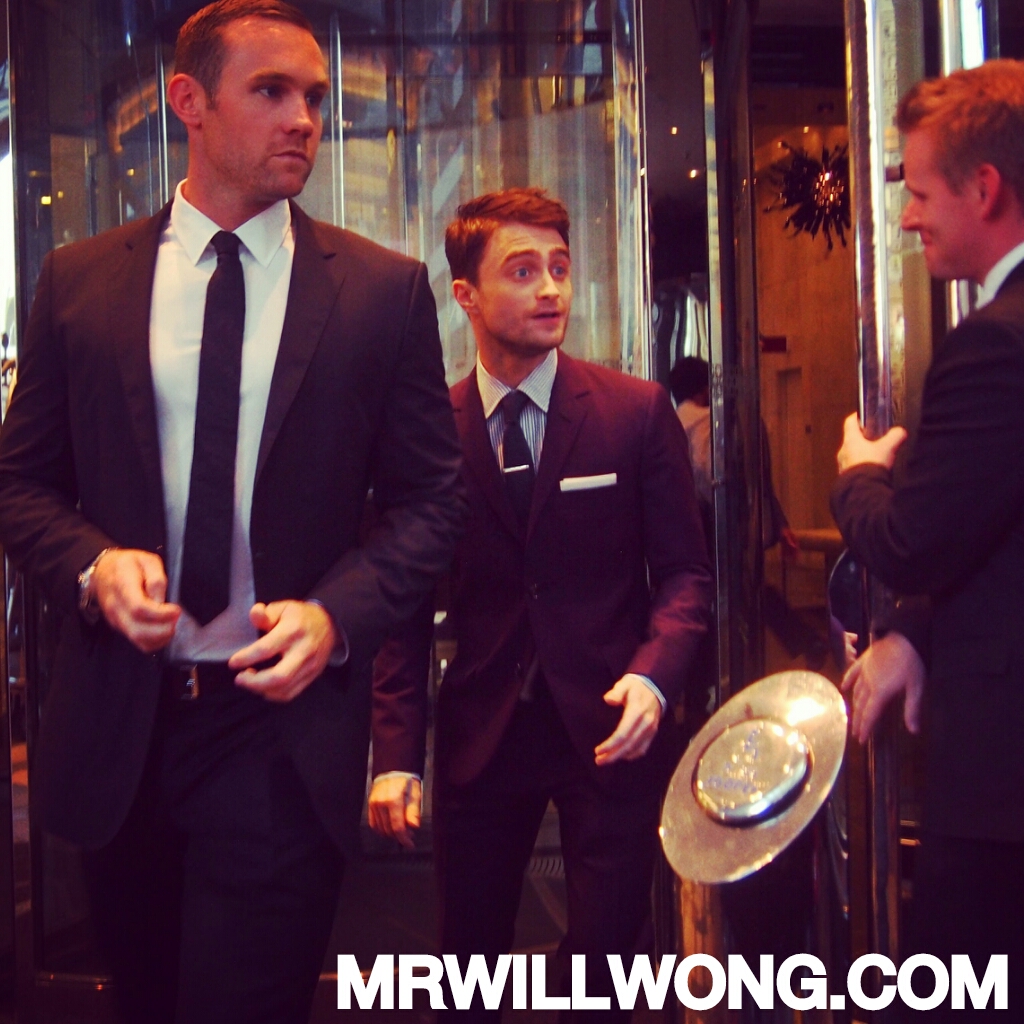 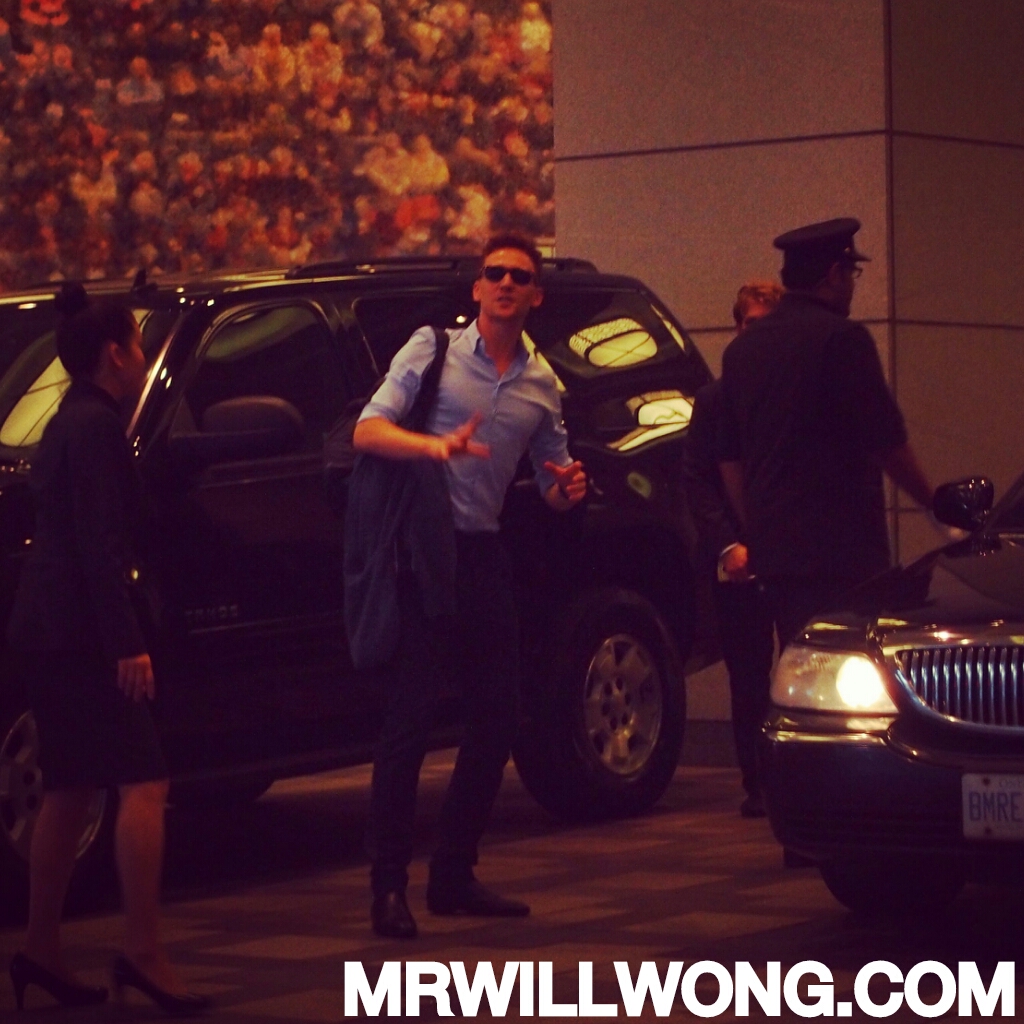 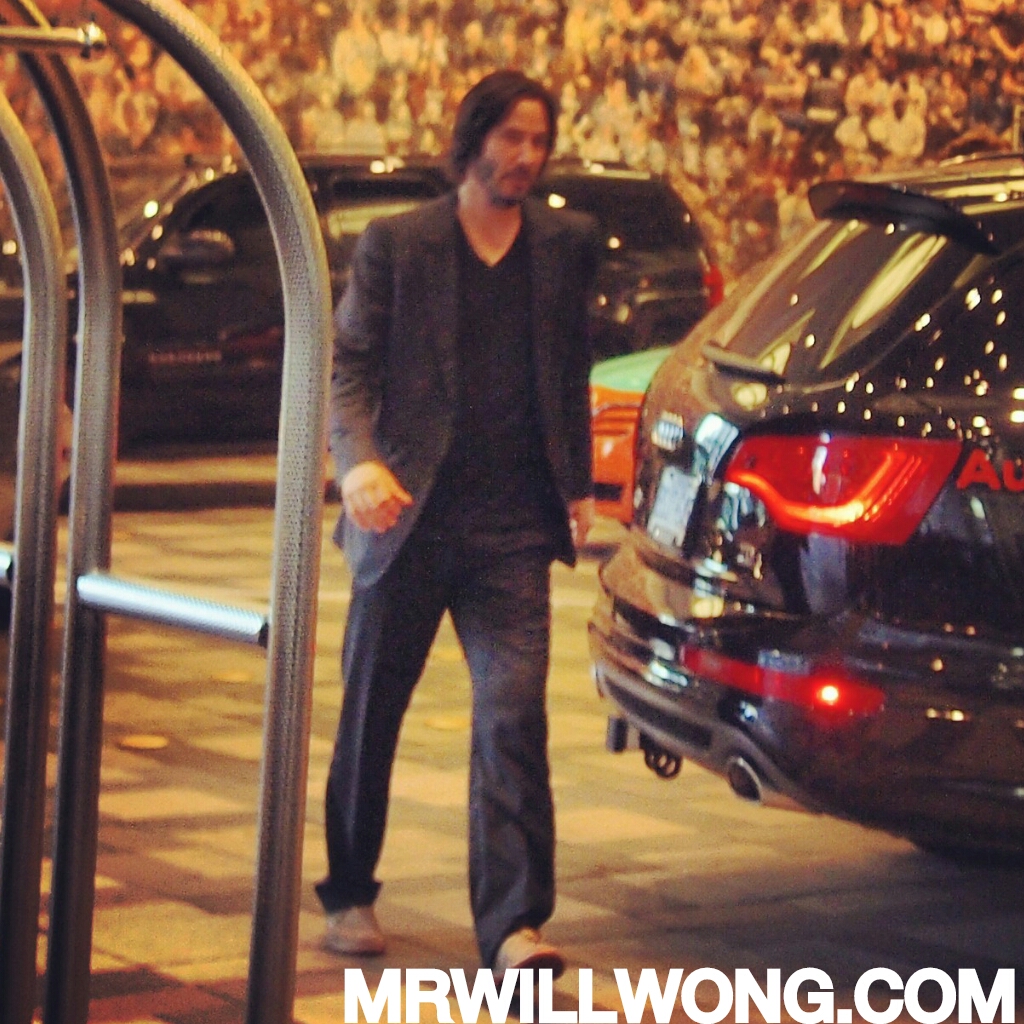 The names have never been bigger.  The 2013 Toronto International Film Festival will run from Thursday, September 5, 2013 – Sunday, September 15, 2013 and our City soon will host some of the biggest names in Cinema internationally. Especially outstanding this year is the Female Contingent.  Thanks to Films like August: Osage County, The Railway Man,Don Jon and Labor Day, Toronto will be seeing the likes of Julia Roberts, Meryl Streep, Scarlett Johansson, Kate Winslet and Nicole Kidman and we couldn’t be more excited not only to see their performances, but also what they’ll be donning on our Red Carpets.

Without Film, we would have no TIFF.  In addition to making it out to catch a glimpse of these A-Listers, it is important that we support the Films which give a reason for these Stars to visit our fabulous City.  I’ve had the chance to preview a number of this year’s major Titles seeing a Premiere here during the Festival, some for which I wait to see still with baited breath.

Here are my 12 most notable Players premiering at TIFF ’13, which will be a major force this forthcoming Awards Season:

AUGUST: OSAGE COUNTY –  A look at the lives of the strong-willed women of the Weston family, whose paths have diverged until a family crisis brings them back to the Oklahoma house they grew up in, and to the dysfunctional woman who raised them. Stars Julia Roberts, Meryl Streep, Juliette Lewis and Abigail Breslin. Review to go live September 10th.

RUSH –  A biography of Formula 1 champion driver Niki Lauda and the 1976 crash that almost claimed his life. Mere weeks after the accident, he got behind the wheel to challenge his rival, James Hunt. Stars Liam Hemsworth, Olivia Wilde, Natalie Dormer and Daniel Brühl; Ron Howard directs.

TRACKS – A young woman goes on a 1,700 mile trek across the deserts of West Australia with her four camels and faithful dog. Stars Mia Wasikowska and Adam Driver. Review to go live the evening of September 10th.

ONLY LOVERS LEFT ALIVE – A story centered on two vampires who have been in love for centuries. Stars Tom Hiddleston and Tilda Swinton. Review to go live September 5th.

THE FIFTH ESTATE – A look at the relationship between WikiLeaks founder Julian Assange and his early supporter and eventual colleague Daniel Domscheit-Berg, and how the website’s growth and influence led to an irreparable rift between the two friends. Stars Benedict Cumberbatch, Stanley Tucci, Daniel Brühl, Laura Linney and Anthony Mackie. Review to go live September 5th.

DALLAS BUYERS CLUB – The story of Texas electrician Ron Woodroof and his battle with the medical establishment and pharmaceutical companies after being diagnosed as HIV-positive in 1986, and his search for alternative treatments that helped established a way in which fellow HIV-positive people could join for access to his supplies. Stars Matthew McConaughey, Jennifer Garner, Jared Leto, Dennis O’Hare and Steve Zahn.

THE RAILWAY MAN – A victim from World War II’s “Death Railway” sets out to find those responsible for his torture. A true story. Stars Nicole Kidman, Colin Firth and Stellan Skarsgård.

PHILOMENA – A world-weary political journalist picks up the story of a woman’s search for her son, who was taken away from her decades ago after she became pregnant and was forced to live in a convent. Stars Judi Dench and Steve Coogan.

Don’t forget to check back as Reviews and loads of Celebrity Photos and Scoops will be posted throughout the Festival. Click here for our Reviews section and get the scoop on what we thought of these TIFF ’13 Titles!

This just-released Preview for TRACKS quite literally gives me goosebumps. One just one minute, I feel uplifted – as if I too could do anything and that’s powerful stuff. Based on the true Story of Robyn Davidson, a 27-year-old Australian Woman who treks across the desert with her Dog and four Camels, this definitely is one to watch at TIFF ’13 and Awards Season.

Mia Wasikowska  and Adam Driver star in Tracks, an inspirational story based on an epic journey taken by Australian Robyn Davidson, also known as the “Camel Lady.” In 1977, Robyn (Wasikowska) sets out from Alice Springs to the Indian Ocean – a 2,700-km walk through unforgiving desert – accompanied by her dog and four unpredictable camels. Showing up occasionally is Rick Smolan (Driver), a charismatic New York photographer assigned by National Geographic. Although Robyn agrees to Rick’s visits in return for funding, she sees them as intruding on her solitude. Set against a breathtaking backdrop, the trip pushes Robyn to her emotional and physical limits. Adapted from Davidson’s Book, the Film is directed by American John Curran (The Painted Veil) and written by Marion Nelson.

Watch the Clip below: