Chop or be chopped!  Food Network Canada is ready to unveil what could well be its tastiest new secret in the Canadian edition of American Hit Reality TV Series, CHOPPED.  The Series  sees four Chefs tasked with creating three-course Meals with four – yes FOUR – Mystery Ingredients to be unveiled each episode. A $10k Cash Prize is on-the-line for the hopeful Winner.

Toronto-born Actor/Television Personality Dean McDermott has the distinction of hosting the exciting new branch of the Series, and he is in-town promoting the launch of CHOPPED CANADA, which is certain to gain a following quickly with some highly-recognizable faces set to appear among the rotating Panel of Celebrity Chef Judges.  Susur Lee, Lynn Crawford, Vikram Vij, John Higgins, Anne Yarymowich, Michael Smith, Roger Mooking and hunky, hunky Chuck Hughes are among the names to grace the screens of Canadian Televisions.

With an array of exciting Mystery Ingredients slated to shock us, the personable and charming McDermott explains to me this morning, “It’s not the actual ingredients which are odd – I  can handle intestines and things like that”.  “What makes this Show so interesting though  is the combination of Ingredients these Chefs are given – like for example, Strawberry JELL-O Powder and Marrow”, throwing us a little tease of what to expect. A busy day of promoting deliciousness certainly wouldn’t be possible without fuelling-up with some food first and he was headed to a popular Breakfast Spot on Bloor Street.

See a Promo Video below:

We had the pleasure of meeting Mrs. Dean McDermott, Tori Spelling this past June. More on that here.

See our awesome Snap with Billy by the gorgeous Shaw Media Holiday Tree: 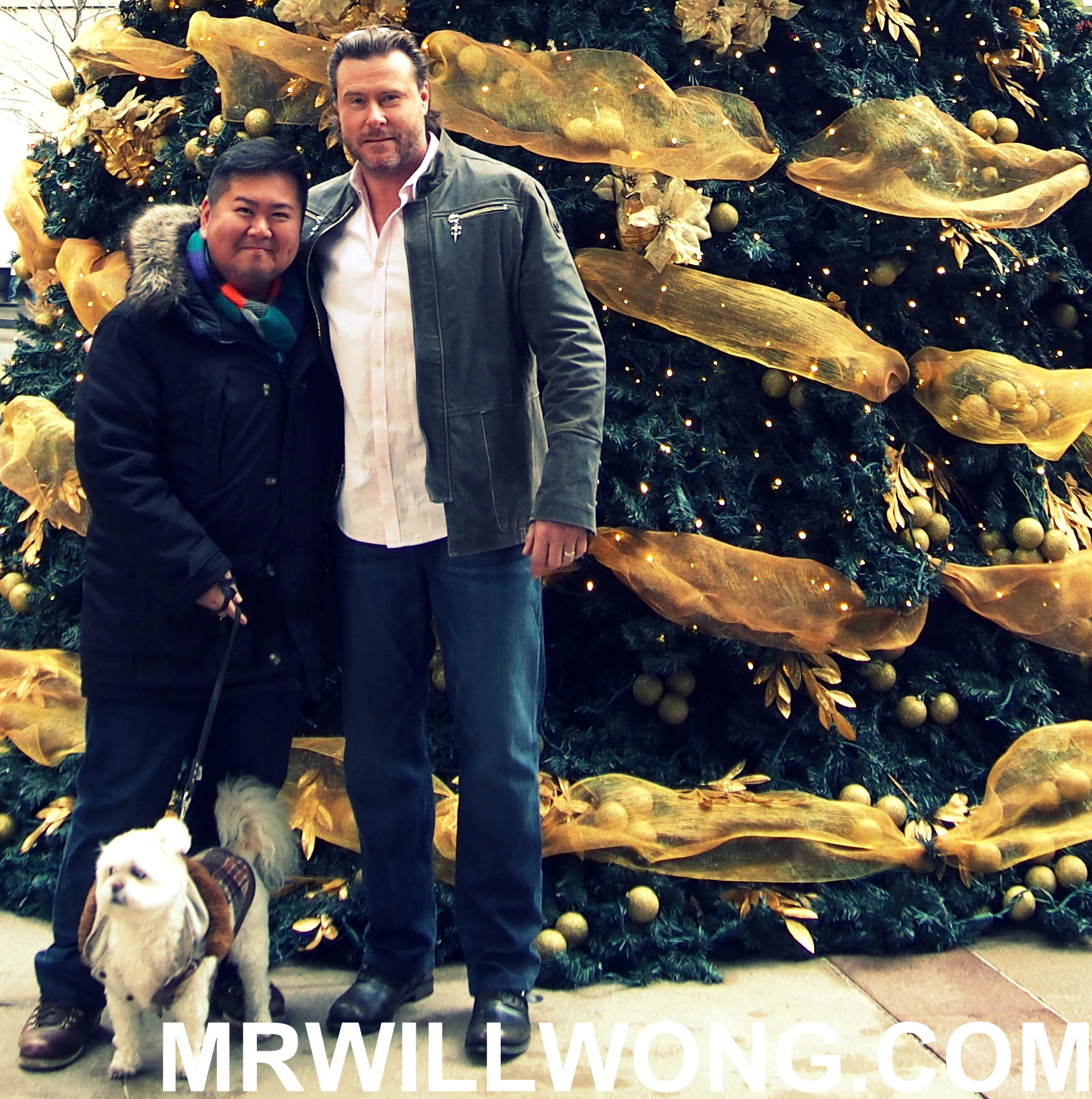 She’s certainly no Stranger to Toronto, that’s for sure!  Actress/Author Tori Spelling gained widespread popularity starring as Donna Martin on Beverly Hills, 90210 in the ’90s, but has transitioned into a new chapter of her Career with grace, balancing life as a Mother and Wife to Toronto-born Actor Dean McDermott.

In addition to promoting CelebraTORI, her Party Planning Book, she also is here to relaunch a Childhood Favourite of mine, McCain Deep ‘n Delicious Cakes which now feature real ingredients we can find in our kitchens.  Two new flavours are available now too: Carrot and Apple Caramel.  Yum.   New Pies also are being launched including: Cookies & Cream, Double Chocolate and Coconut Cream.  Yes to all the above!

Spelling appeared on KISS 92.5‘s Roz & Mocha Show earlier today, followed by a visit to City‘s Breakfast Television (watch her appearance) and Cityline for most of the morning. Promising to stop for Fans on her way out, some were baffled at her v. irritated Driver’s (he was ticketed during the wait for Spelling) decision to pick her up at a hidden Studio exit.  Thankfully, she was sweet enough to stop for Fans before heading along Queen Street for he next appearance. 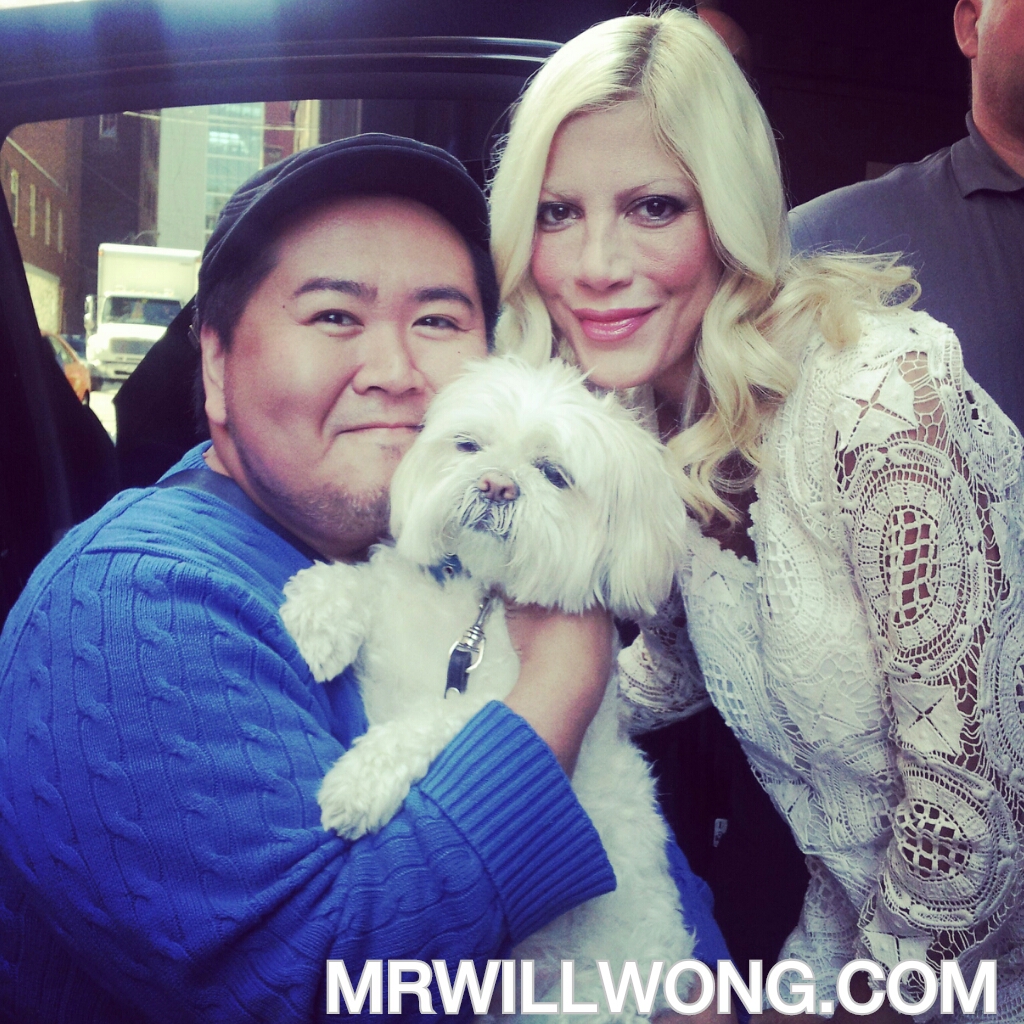