No real surprises here, it’s a Disney-double at the Box Office this weekend, taking the top two spots. BLACK PANTHER takes top spot with $41 million in its third week out from 3,942 theatres. To date it has made $561 million in North America.

Debuting at number two is Disney’s A WRINKLE IN TIME with $32.7 million from 3,980 theatres. The Film by Ava DuVernay and starring Oprah Winfrey, Mindy Kaling, Reese Witherspoon and newcomer Storm Reid, gets a 42% on the Tomatometer and B CinemaScore.

Opening in third is the Horror, THE STRANGERS: PREY AT NIGHT with $10.2 million from 2,141 theatres for Aviron Pictures/Elevation Pictures. It gets 35% on the Tomatometer and a C CinemaScore.

RED SPARROW is in fourth with $7.9 million for 20th Century Fox in its second week out, a two-week tally of $30 million.

GRINGO rounds-out the Top Ten with $3 million from 2,404 theatres for STX Entertainment/VVS Films. It gets 38% on the Tomatometer and a C+ CinemaScore.

#GIVEAWAY: ENTER TO WIN ADVANCE PASSES TO SEE “THE STRANGERS: PREY AT NIGHT”

Elevation Pictures x Mr. Will want to take Readers to see the horrific STRANGERS: PREY AT NIGHT! We still have nightmares about the Original! The Film screens Wednesday, March 7, 2018 in the following cities: Toronto, Vancouver, Edmonton, Calgary, Winnipeg, Halifax and Ottawa.

Synopsis:
A road trip to visit relatives takes a dangerous turn when a family arrives at a secluded mobile home park that’s mysteriously deserted — until three masked psychopaths show up. 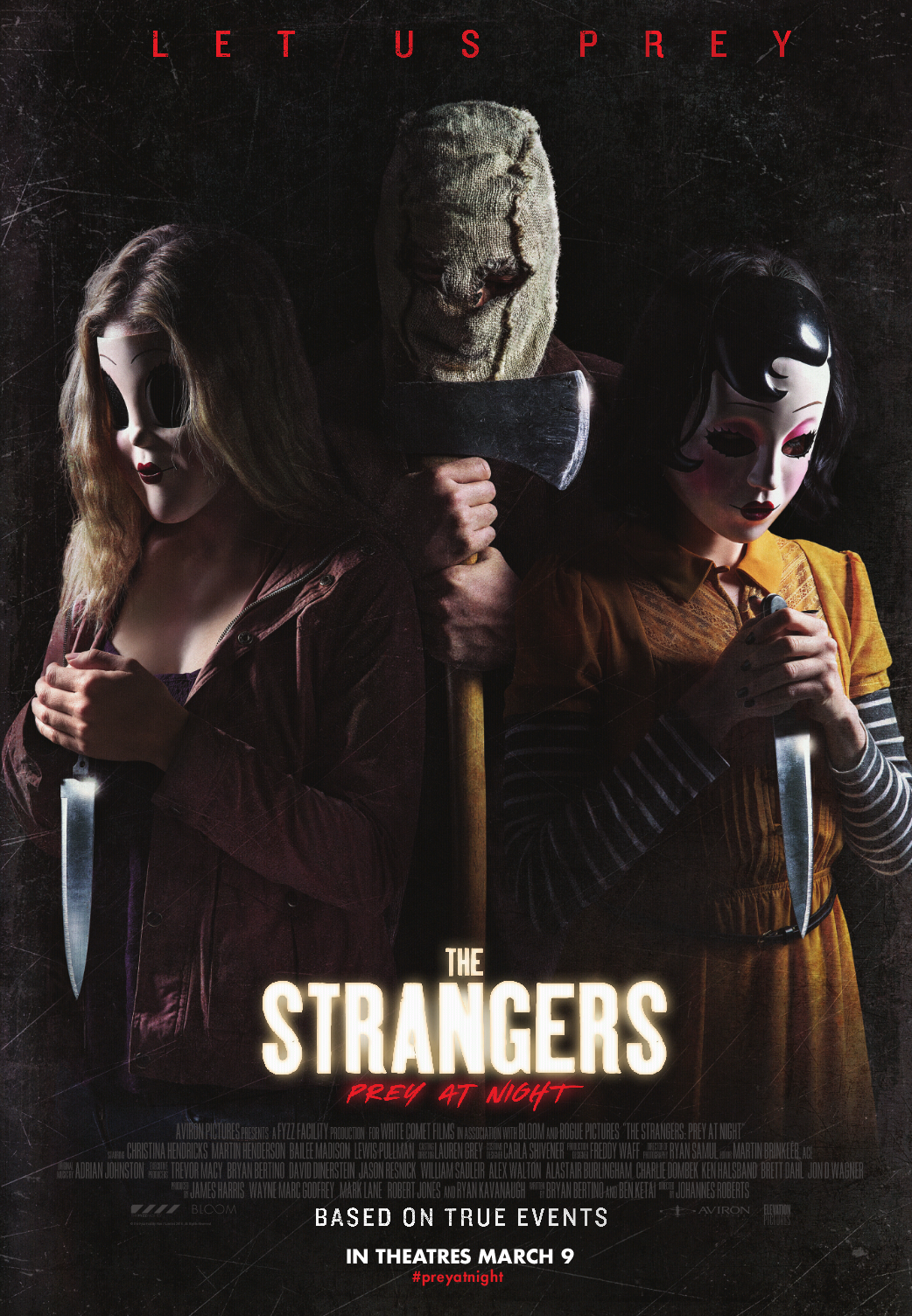