the fault in our stars

#BOXOFFICE: “THINK LIKE A MAN” WINS BATTLE OF THE SEQUELS AT THE BOX OFFICE

In yet another battle of the Sequels at the Box Office this weekend, Think Like a Man debuts atop the Box Office with a stellar $30 million from 2,225 theatres for Sony Pictures, just like its 2012 Predecessor did in its opening!  Starring Kevin Hart, Taraji P. Henson, Meagan Good and Regina Hall, the Comedy got little love from the Critics, tallying-in with 22% on the Tomatometer, but Audiences were more than forgiving, giving it an A- CinemaScore.  The Film was made for $42 million and looks to be just one in successful Franchise.

22 Jump Street continues to perform impressively and just because it lands in second in its second week out, it by no means goes down shamed, only narrowly getting edged-out for top spot.  It earns a fantastic $28 million from 3,306 theatres this weekend for Sony Pictures, as positive word-of-mouth continues to spread from Moviegoers for the well-reviewed Sequel.

In third spot this weekend  is How to Train Your Dragon 2 with $25 million for 20th Century Fox.  It inches in its second week close to the $100 million-mark already domestically.

Based on the TONY-winning Musical, Jersey Boys has a lukewarm opening for Warner Bros. with $13.5 million from 2,905 theatres. Reviews likewise for the Clint Eastwood-directed Film were mixed, earning a 55% on the Tomatometer and inversely, a great A- CinemaScore.

Maleficent finds itself in fifth spot with $12.5 million for Disney in its fourth week, now having grossed $185 million in North America.

The Fault in our Stars brings-in $9 million in its third week out for 20th Century Fox, just shy of the $100 million-mark domestically.

Chef rounds-out the Top Ten for Open Road/VVS Films with $16.8 million, now in its seventh week out.

#BOXOFFICE: “22 JUMP STREET” JUMPS AHEAD OF “DRAGON” IN BATTLE OF SEQUELS

It was a battle of the Sequels this weekend at the Box Office and prevailing just like its Predecessor was Sony Pictures’ 22 Jump Street which brought in $62 million. By comparison, the first Film in the Franchise opened back in 2012 with $36 million, this time around doubling its take.  Critics have been kind, giving the Action-Comedy a great 83% on the Tomatometer, while Audiences also responded strongly with an A-CinemaScore.

A valiant second is How to Train Your Dragon 2 for 20th Century Fox, opening with $52 million at the Box Office!  The Film which got a bit of a boost recently from Star America Ferrera‘s Red Carpet incident involving a Prankster at Cannes, got great reviews from Critics tallying 92% on the Tomatometer, and an equally strong A CinemaScore. Its 2010 Predecessor by comparison debuted with $41 million, easily besting the performance of that one.

Disney’s Maleficent continues to ride high in its third week with $20 million this weekend, normally enough for the number one spot some weekends, but good enough for third against the current slate of Blockbuster releases.

The Fault in our Stars opened atop the Box Office last weekend, but slips to fourth spot this weekend with $19 million for 20th Century Fox. It already has grossed $85 million across North America.

Edge of Tomorrow in its second week out accounts for the fifth spot at the Box Office with $16 million for Warner Bros., cumulatively earning $56 million domestically.

X-Men: Days of Future Past finds itself in sixth spot with $9 million for 20th Century Fox also in its its fourth week out, just surpassing the $200 million mark this week in these parts.

Chef rounds out the Top Ten with $2.1 million in its sixth week out in a limited number of theatres. To date, it has grossed $14 million.

#BOXOFFICE: “THE FAULT IN OUR STARS” TO BLAME FOR BOX OFFICE DEMOLITION

The Fault in our Stars certainly is to blamed for Moviegoers going teary-eyed this weekend. The Adaptation of the popular Novel by John Green opens to astoundingly positive response, earning a whopping $48.2 million from 3,171 theatres in its debut for 20th Century Fox.  This shows that Audiences don’t necessarily need huge Blockbusters to go to the Movies in the Summer – just strong stories. Just two weeks back the Studio performed phenomenally with X-Men: Days of Future Past.  Starring Box Office Princess Shailene Woodley and Newcomer Ansel Elgort, the Film earned an A CinemaScore and an on-par 82% from Critics on the Tomatometer.

Disney‘s Maleficent in its second week out performs strongly with $33.5 million from 3,948 theatres. It already is nearing the $130 mark domestically.

Edge of Tomorrow opens solid in third with a respectable $30 million from 3,490 theatres for Warner Bros. The Action-Fantasy starring Tom Cruise saw the Megastar travel multiple continents on a whirlwind Press tour in support of the Film which has received strong reviews from Critics (89% on the Tomatometer) and Audiences (B+ CinemaScore).

X-Men: Days of Future Past slips to fourth spot with $14.7 million in its third week out, edging closer to the $200 million mark in North America.

Godzilla finds itself in sixth spot in its fourth week out for Warner Bros., earning $5.9 million this weekend. It has grossed $185 million in its run.

Chef expands to 1,298 theatres for VVS Films/Open Road Films, just getting a Canadian release this weekend. It made $2.5 million this weekend, surpassing $31 million in North America.

Million Dollar Arm rounds-out the Top Ten with $1.5 million for Disney in its fifth week out. 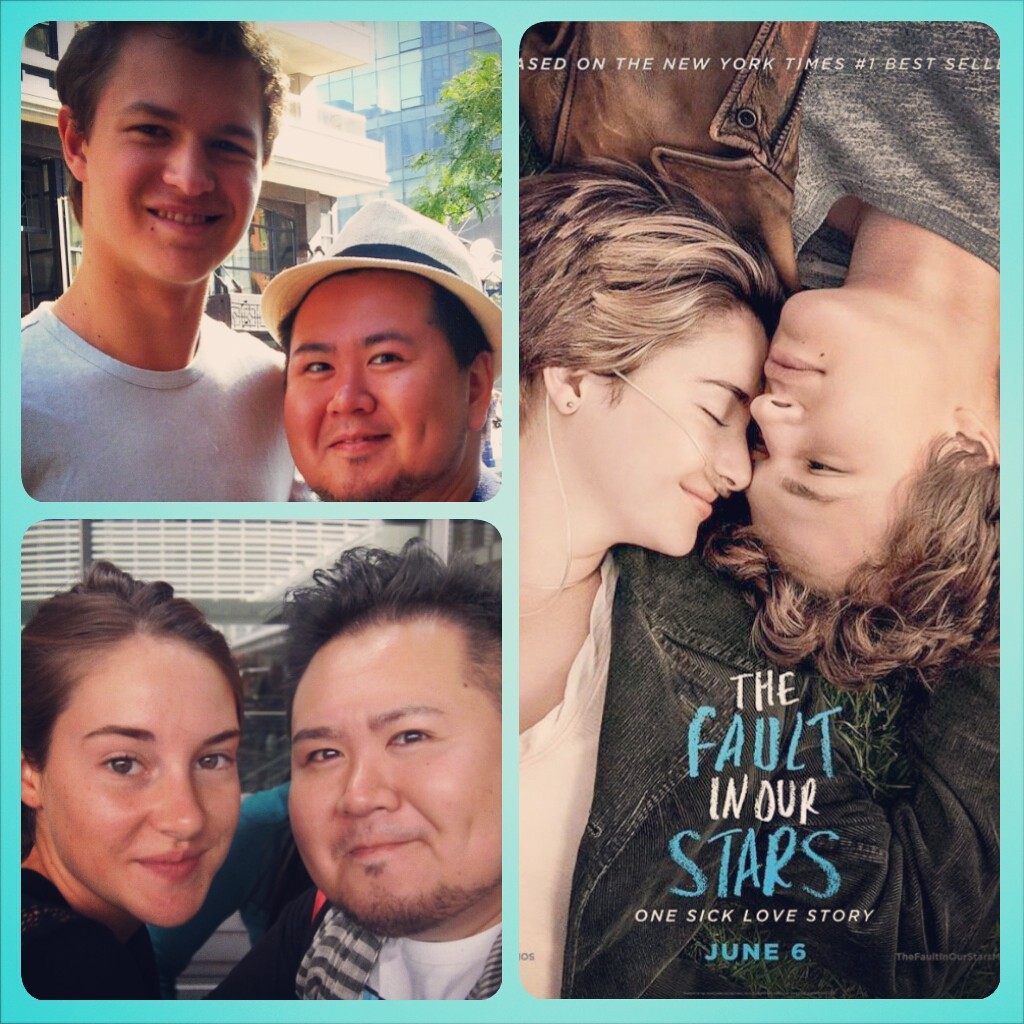