We’ve got Zac Efron on our minds of late and now we want him in your Blu-ray Players! VVS Films and Mr. Will want to give Readers a chance to win a copy of THAT AWKWARD MOMENT on DVD/Blu-ray Combo Pack!

Three hard-partying Manhattan Bachelors make a pact to have as much fun as possible while remaining single. The plan gets derailed when they each fall in love, and have to secretly work around their pledge to Bachelorhood, while trying to figure out the complications of modern day relationships.

We spotted Efron in New York just earlier this week! 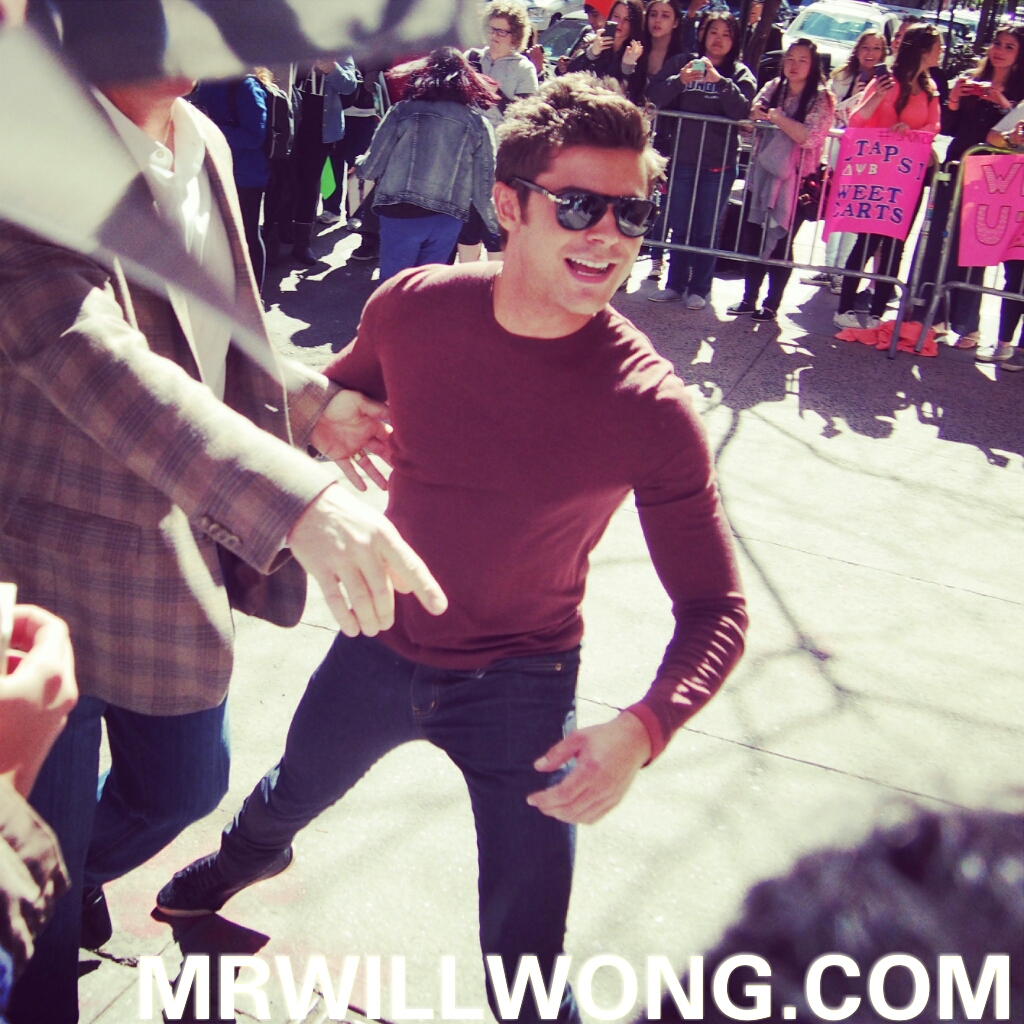 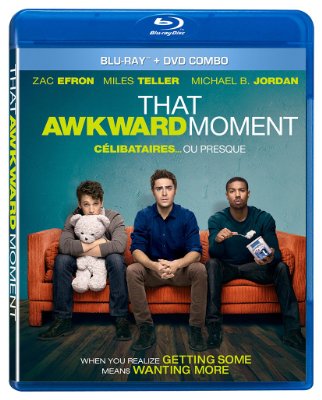 VVS Films release That Awkward Moment on DVD/Blu-ray Combo Pack on Tuesday, May 13, 2014.

The Lego Movie continues to tower above the Competition once again this Valentine’s Day weekend, pulling-in a superb $48.8-million for Warner Bros. To-date the Animated Feature has grossed over $150 million already after a record-setting debut last weekend becoming the highest-grossing debut ever for a Film in the Genre.

About Last Night debuts in second spot for Sony Pictures with an impressive $27 million, the Comedy starring red-hot Kevin Hart, Regina Hall and Kevin Ealy. Review also have been solid for the Film, tallying-in at 76% on the Tomatometer, while audiences gave the Film a resounding an A- CinemaScore to go with that.

RoboCop, the Toronto-filmed Remake of the ’80s Sci-Fi/Action Blockbuster, opens in third spot also for Sony Pictures, with $21.5 million. Critics didn’t think much of Jose Padhila’s $100-million take on the Film with a 50% rating on the Tomatometer and Audiences giving it a fair B+ CinemaScore. By comparison, its Original made $8 million in its opening weekend, good enough for number one back in July 1987.

The Monuments Men is the third Film in the Top Ten this weekend for Sony Pictures, slipping to fourth spot with a healthy $15 million in its second week out.

Another Remake, Endless Love, debuts decently in fifth spot for Universal Pictures with $13.3 million. The Romantic Thriller starring Alex Pettyfer and Gabriella Wilde and timed perfectly for a Valentine’s Day release, received a paltry 14% from Critics on the Tomatometer, while Audiences gave it a great A- CinemaScore.

Warner Bros.’ Winter’s Tale debuts in seventh spot with $7.7 million. Garnering a 14% rating on the Tomatometer, Critics might not have thought much of the Romantic Drama but Audiences gave it a far more forgiving B CinemaScore.

That Awkward Moment rounds-out the Top Ten with $3.3 million for VVS Films/Focus Features. In its third week, the small-budgeted Rom-Com starring and produced by Zac Efron is showing gumption, just surpassing the $22 million mark.

Few can dispute that The Lego Movie was a deserving Winner at the Box Office this weekend, debuting with a record-setting (for an Animated Feature) $69 million from 3,775 theatres for Warner Bros. The 3-D Offering featuring an All-Star Cast of Will Ferrell, Will Arnett, Chris Pratt, Elizabeth Banks, Jonah Hill, Channing Tatum and Alison Brie, unseats the three-week reign of Ride Along. Critics gave it an outstanding 97% on the Tomatometer on Rotten Tomatoes, in addition to a coveted A CinemaScore.

Despite being panned by Critics, The Monuments Men from Sony Pictures had enough Starpower to drive Moviegoers to the theatres. The World War II-Dramedy starring George Clooney, John Goodman, Matt Damon and Jean Dujardin earned $22.7 million in its debut after multiple rescheduled release dates, landing it in second spot. Audiences gave it a B+ CinemaScore, while it mustered 33% from Critics on Rotten Tomatoes.

Ride Along still continues to perform strong in third with $8.9 million in its fourth week for Universal Pictures, just surpassing the $100-million mark in North America. Disney‘s Frozen is right behind in fourth with $6 million in its twelfth week out amazingly.

That Awkward Moment finds itself in sixth spot in its second week of release for Focus Features/VVS Films, earning $6 million for a total of $16 million grossed thus far domestically.

Vampire Academy debuts in seventh spot for The Weinstein Co./eOne Films with $3.8 million. Critics gave it an 11% rating on Rotten Tomatoes and Audiences gave it a forgiving B- CinemaScore.

Labor Day rounds-out the Top Ten with $3 million for Paramount Pictures and likely will be a factor as one of the few Romantic options available for Moviegoers heading into Valentine’s Day.

For the third week in-a-row, Universal Pictures reigns supreme with Ride Along, dominating a tepid weekend at the Box Office with $12.3 million in this its third week of release from 2,867 theatres, as it closes-in on the $100-mark in North America.

Frozen continues to be a model of resilience, in second spot this weekend in this its $9.3 million for Disney.  The Animated Feature is now in its eleventh week of release and got a boost from the release of its Singalong version which allows Fans to sing to the Music of the Film with the guidance of a magical snowflake on-screen.

Debuting in third spot is Rom-Com, That Awkward Moment starring Zac Efron, with $9 million from 2,809 theatres for Focus Features/VVS Films.  Made for only $8 million, the Film already has recouped its production costs and should be a presence into Valentine’s Day; Efron also produced the Project.  Critics gave it only 23% on the Tomatometer, but Audiences gave it a B CinemaScore.

Frozen continues to be a model of resilience, in second spot this weekend in this its $9.5 million for Disney.  The Animated Feature is now in its eleventh week of release and got a boost from the release of its Singalong version which allows Fans to sing to the Music of the Film with the guidance of a magical snowflake on-screen.

The Nut Job finds itself in fourth spot this weekend with $7.6 million for eOne Films/Open Road Films, now in its third week out. Giving Families another option at the Movies, the Animated Feature is closing-in on the $50-million mark.

Lone Survivor like its name suggests is determined to survive at the Box Office, in its fifth week of release garnering $7.1 million for eOne Films/Universal Pictures.

Labor Day debuts in seventh spot for Paramount Pictures, the Romantic-Thriller garnering $5.3 million from 2,589 theatres.  Critics hammered down on the Film with a 32% rating on the Tomatometer, while Audiences gave it a B- CinemaScore.

I, Frankenstein rounds-out the Top Ten with $3.5 million from 2,753 theatres in its second week for Lionsgate Films/eOne Films. 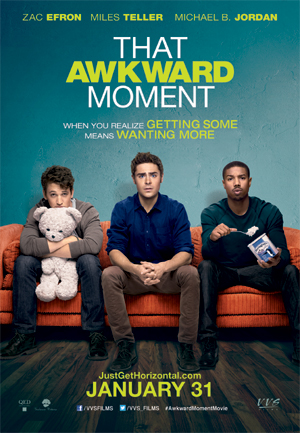