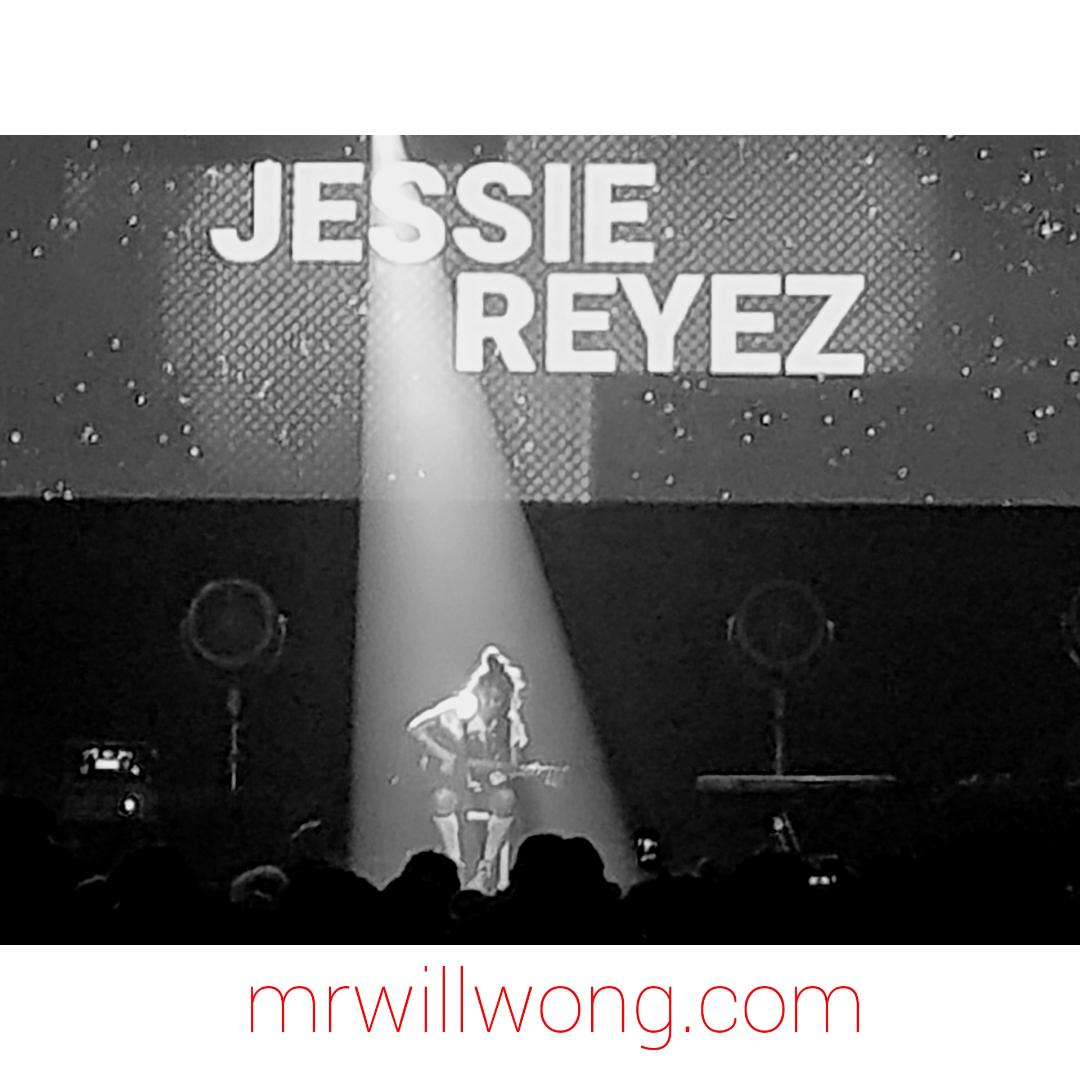 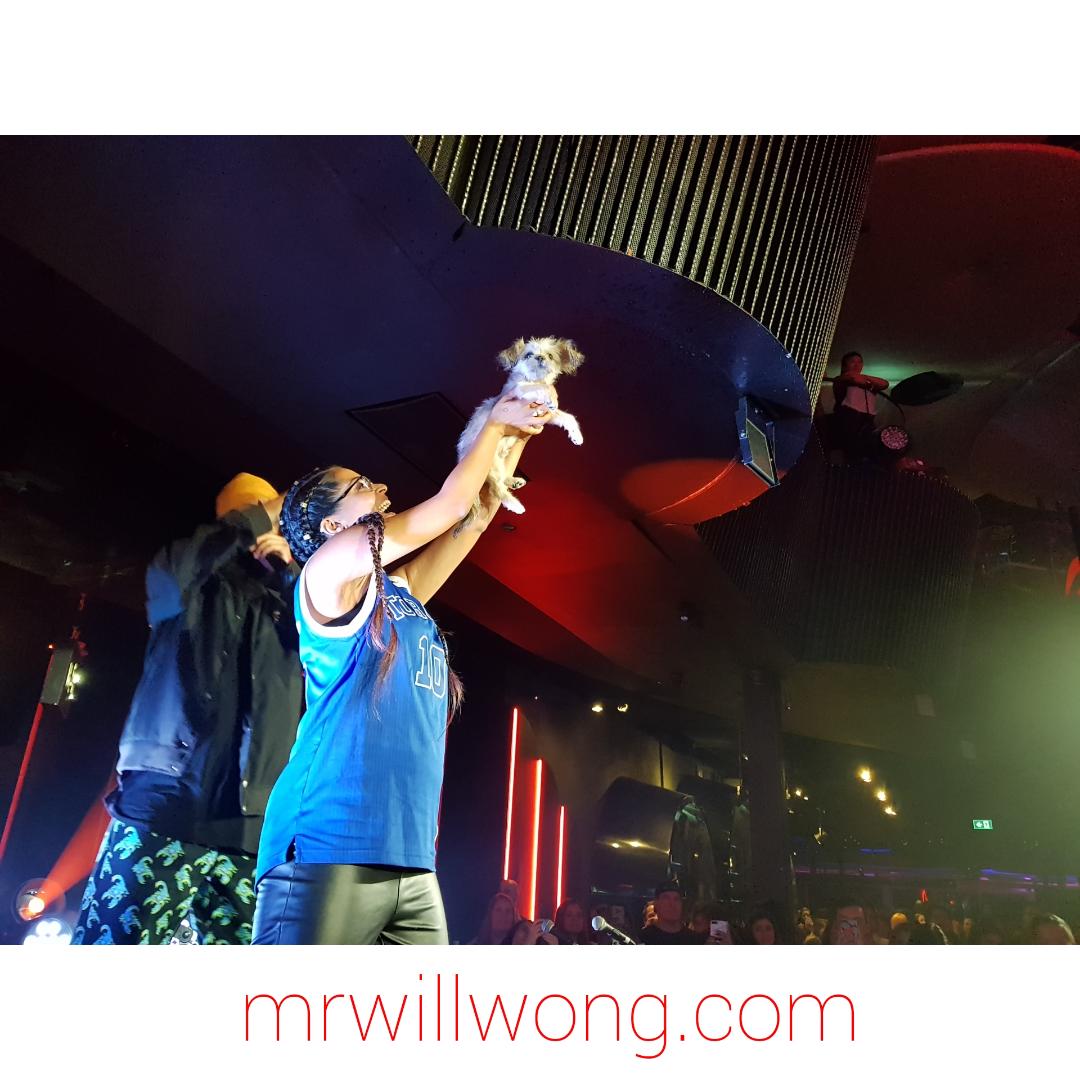 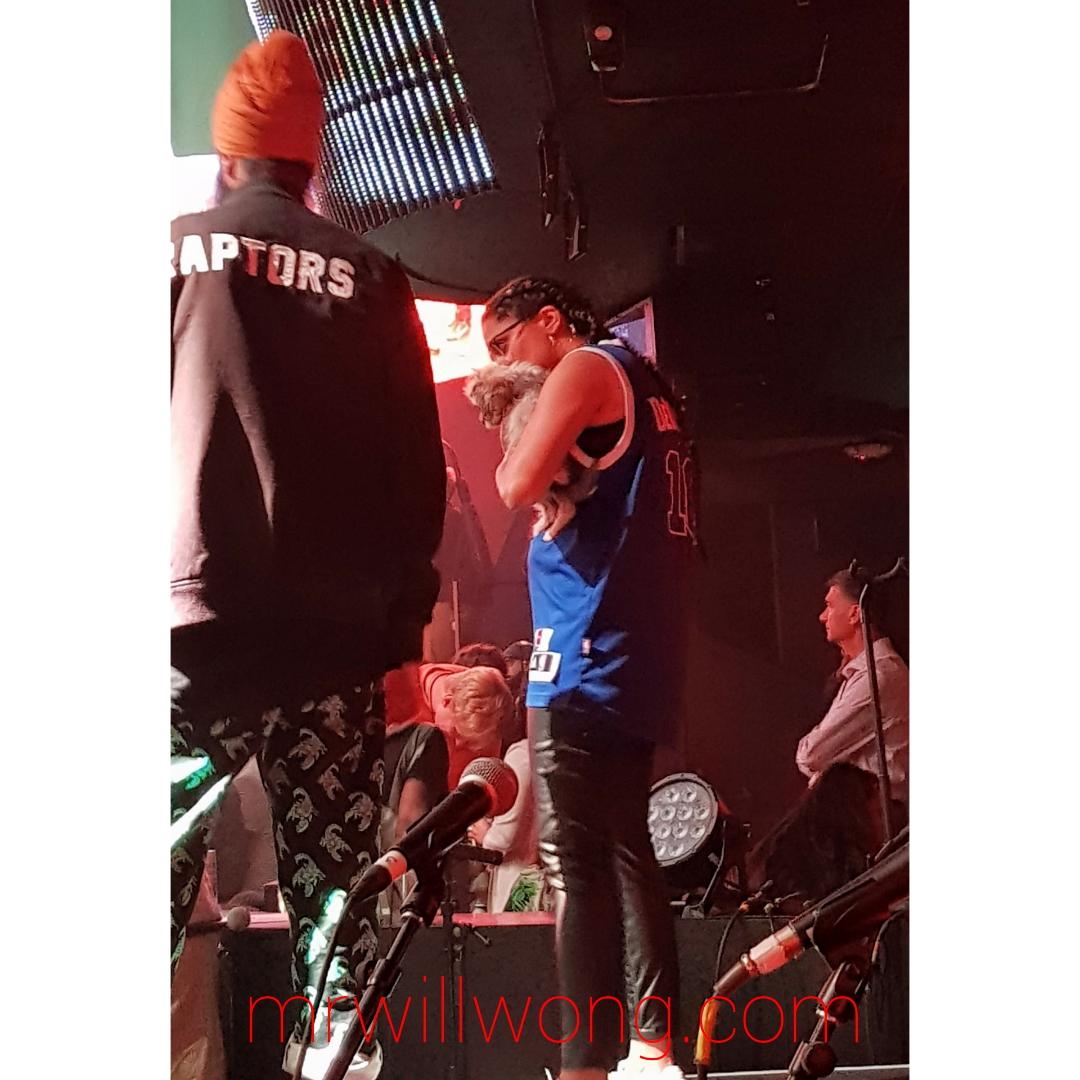 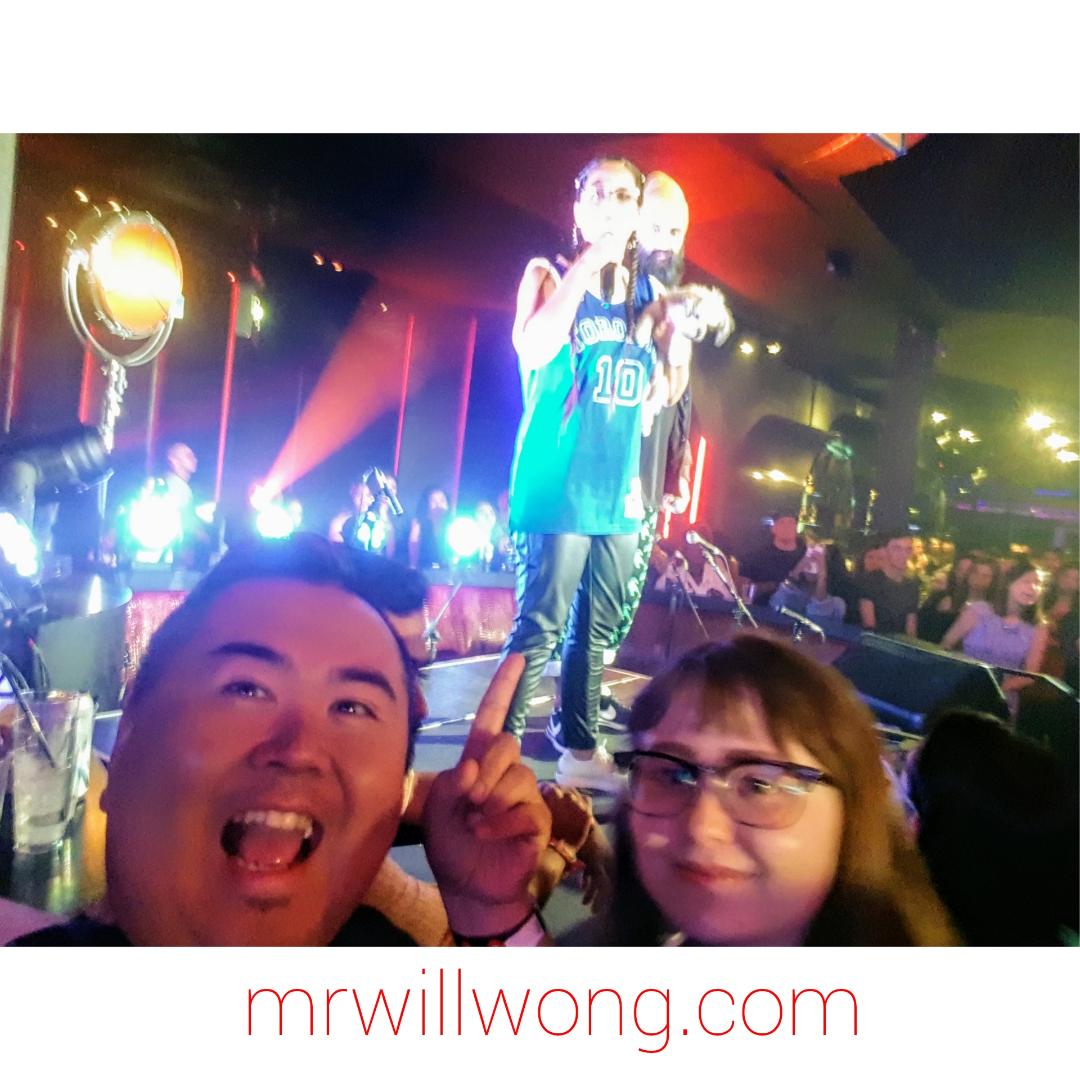 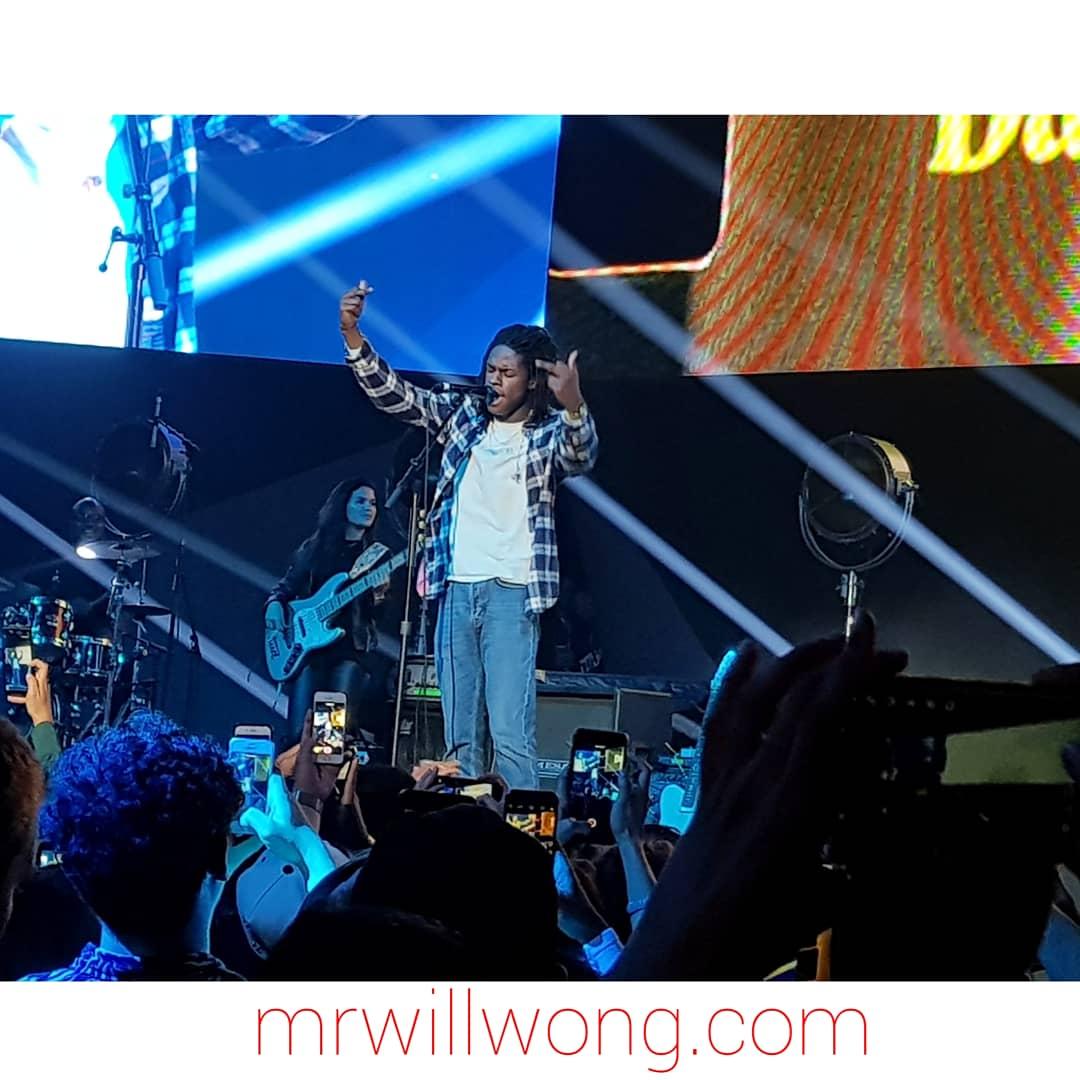 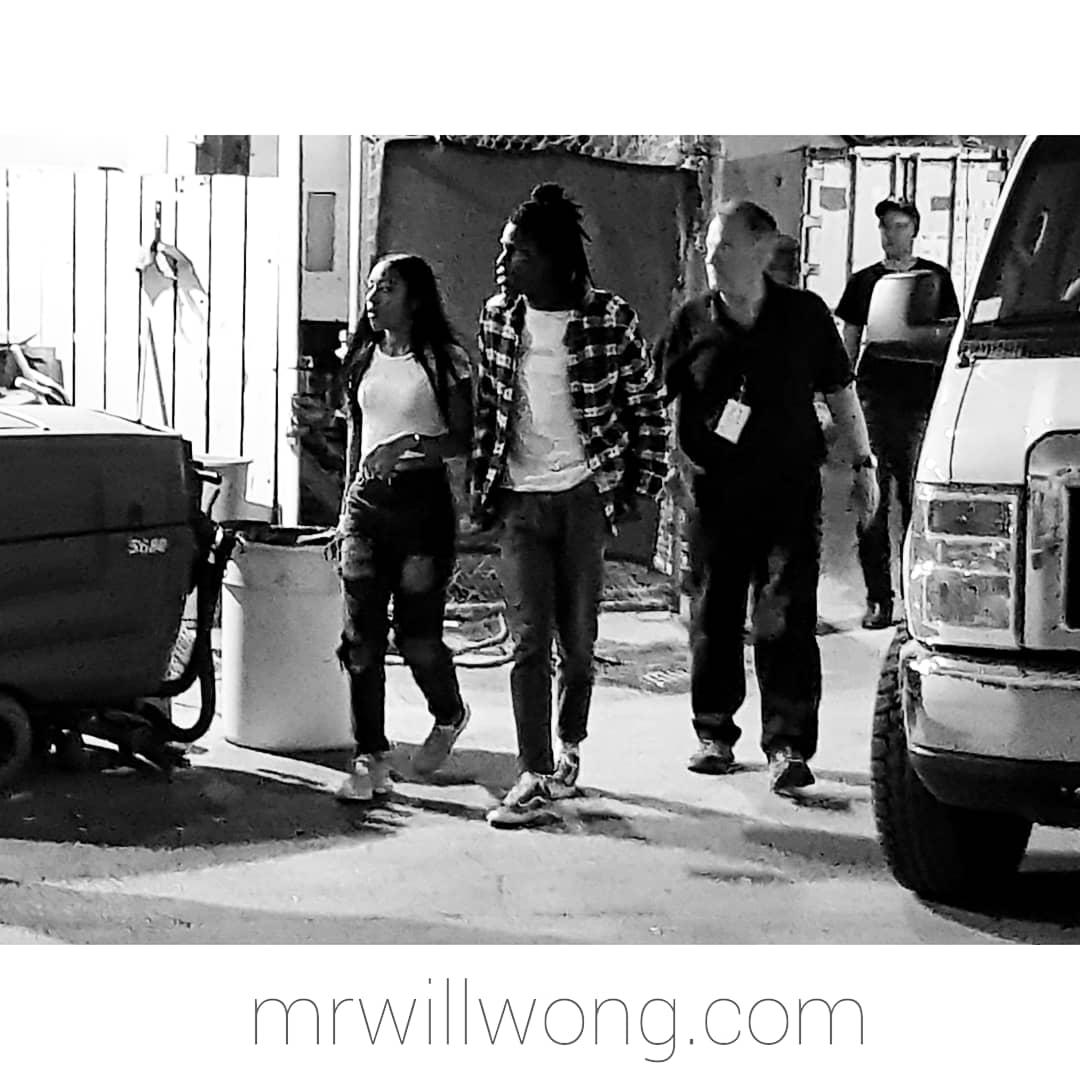 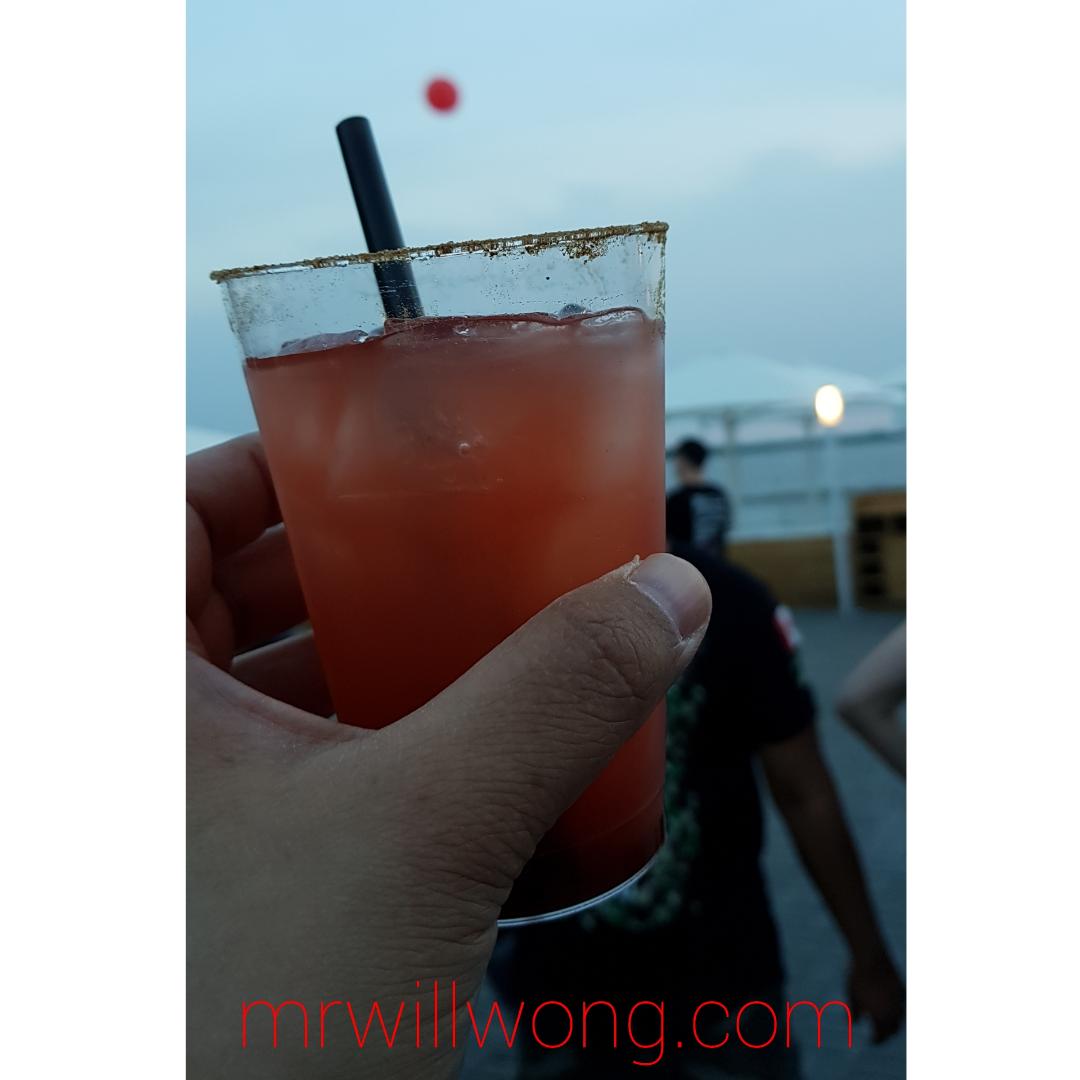 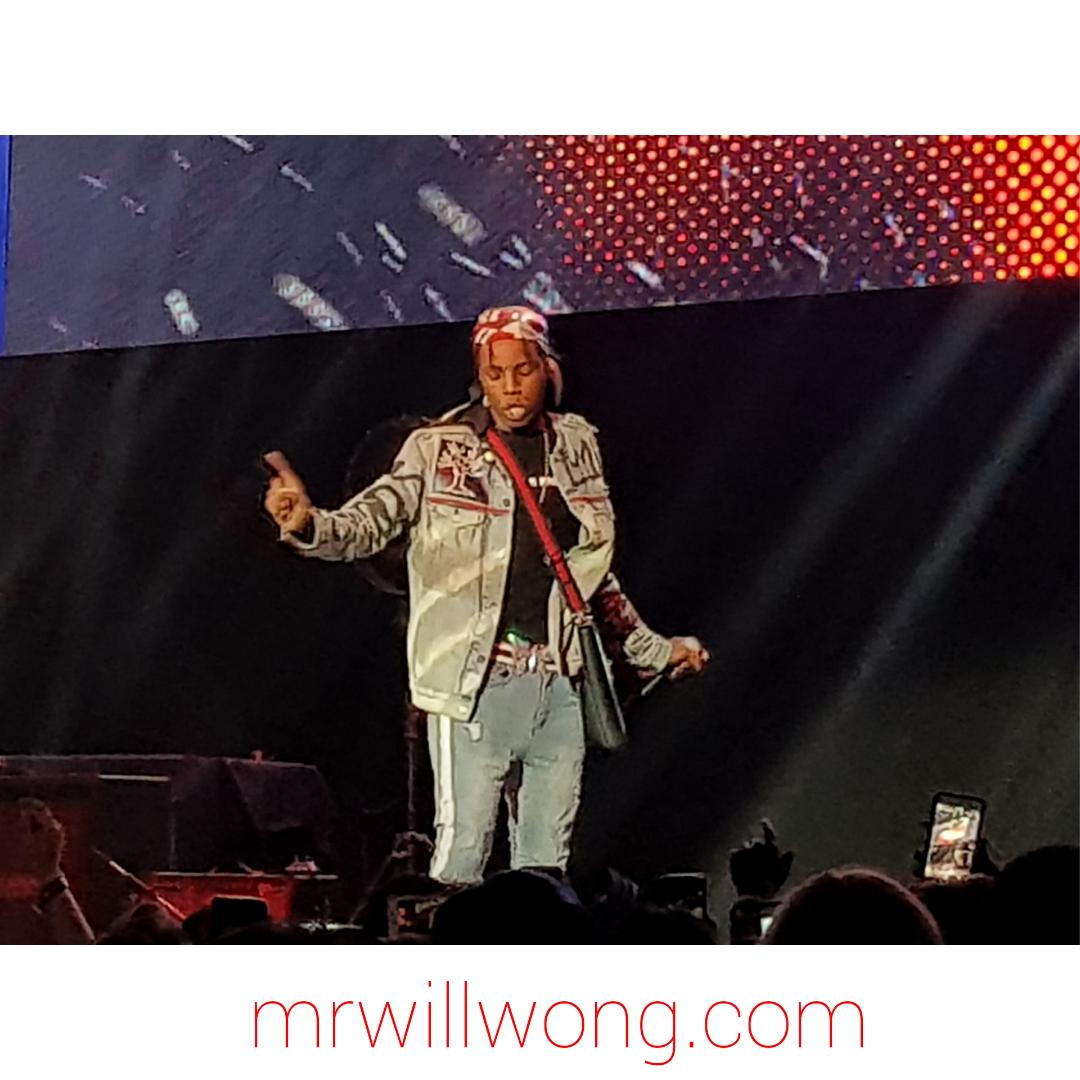 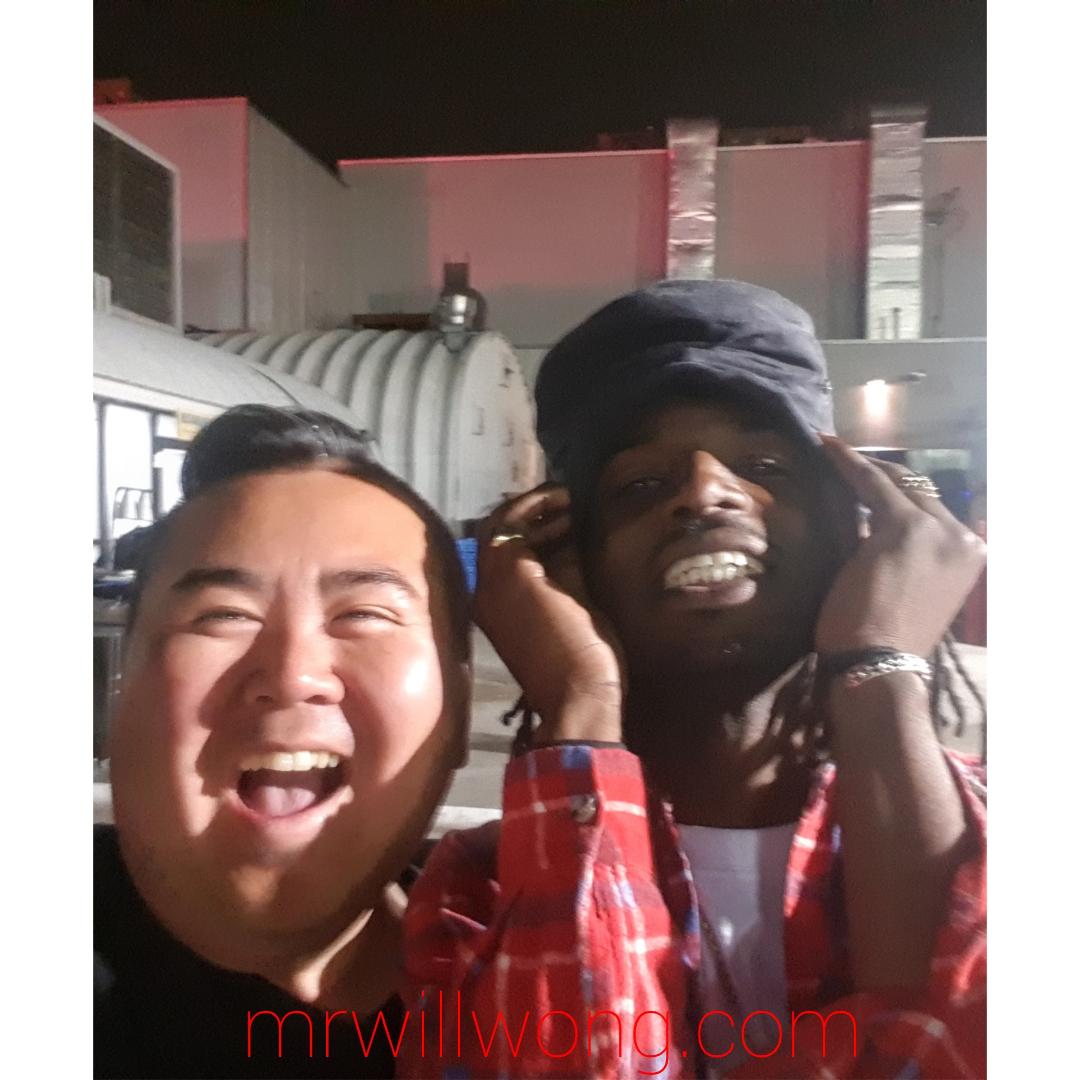 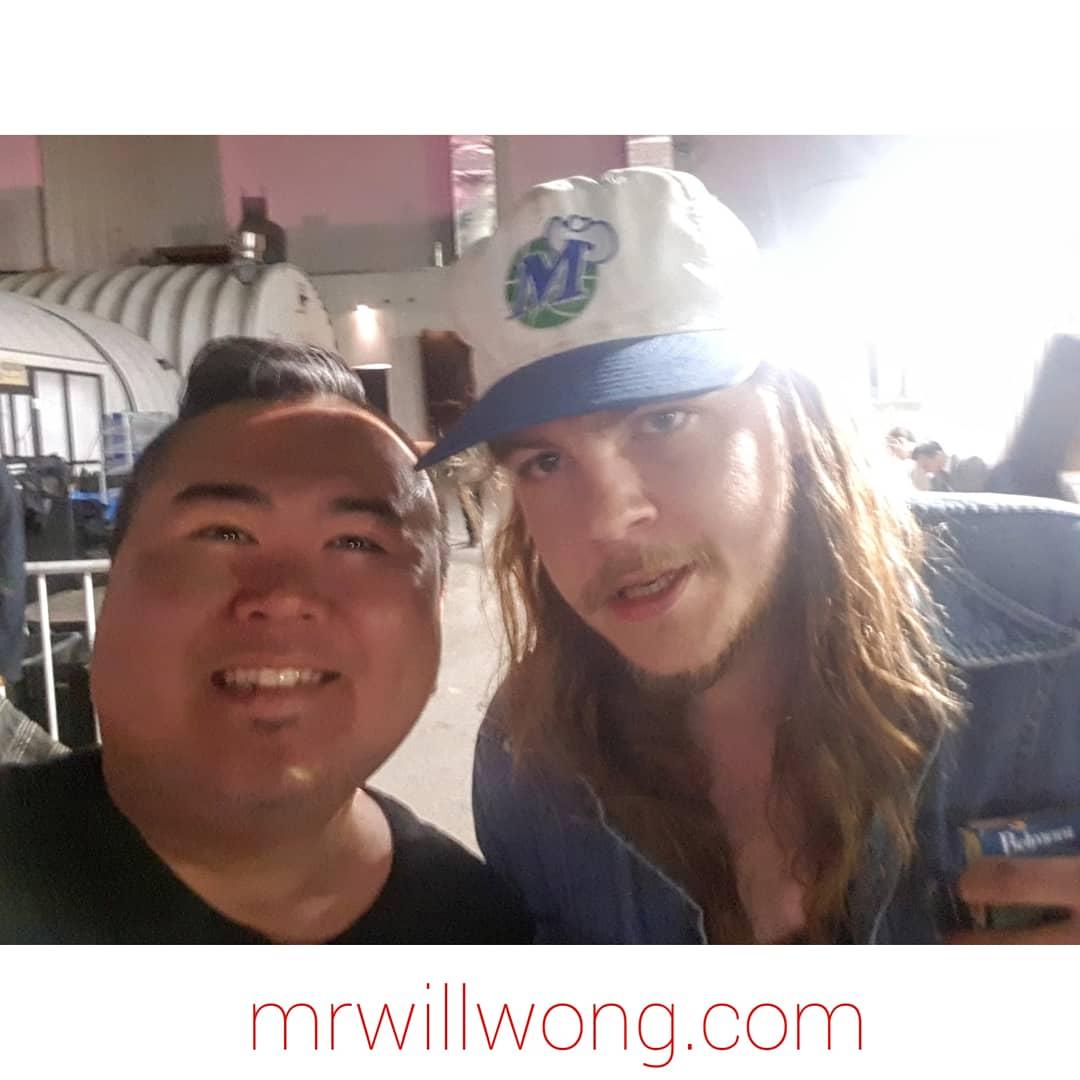 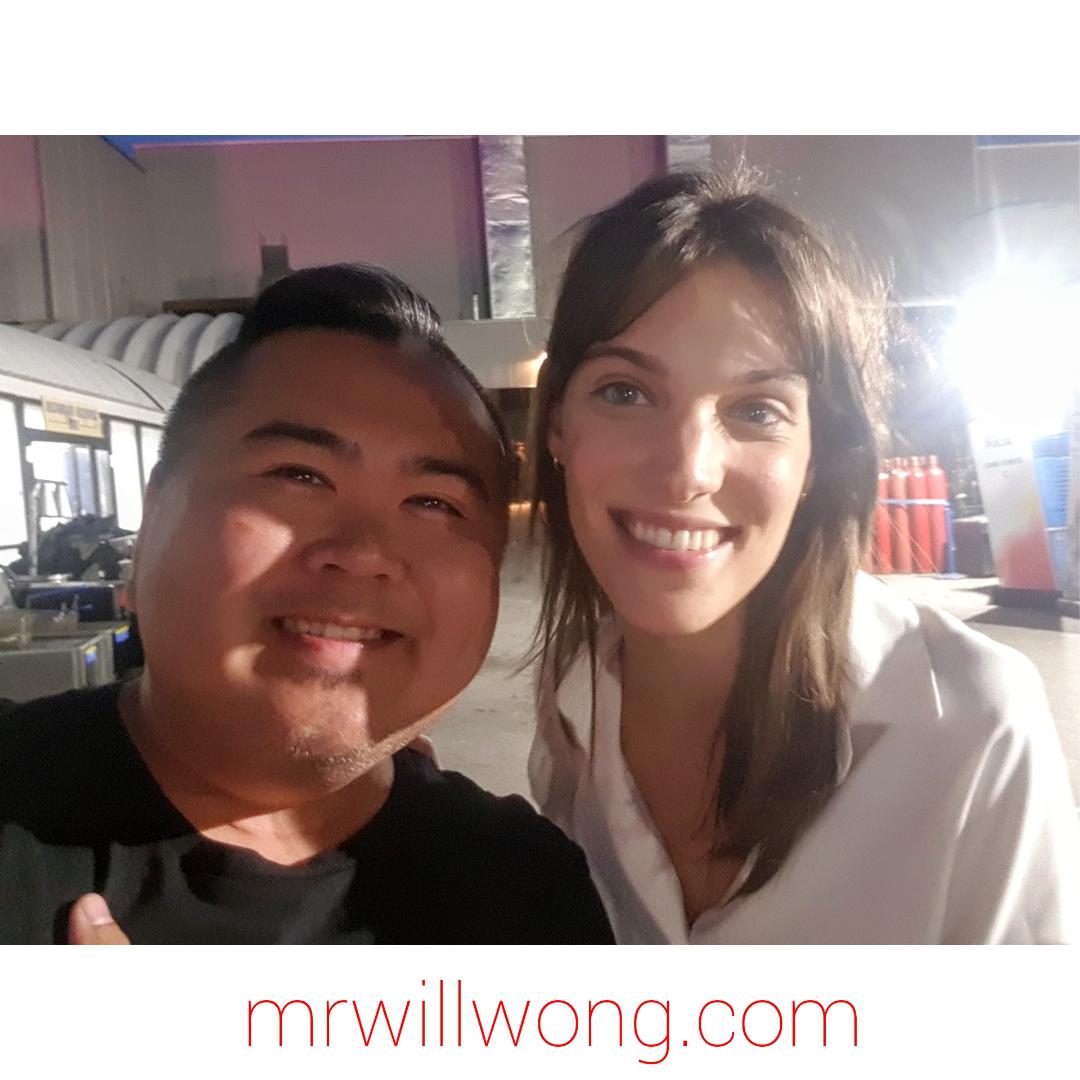 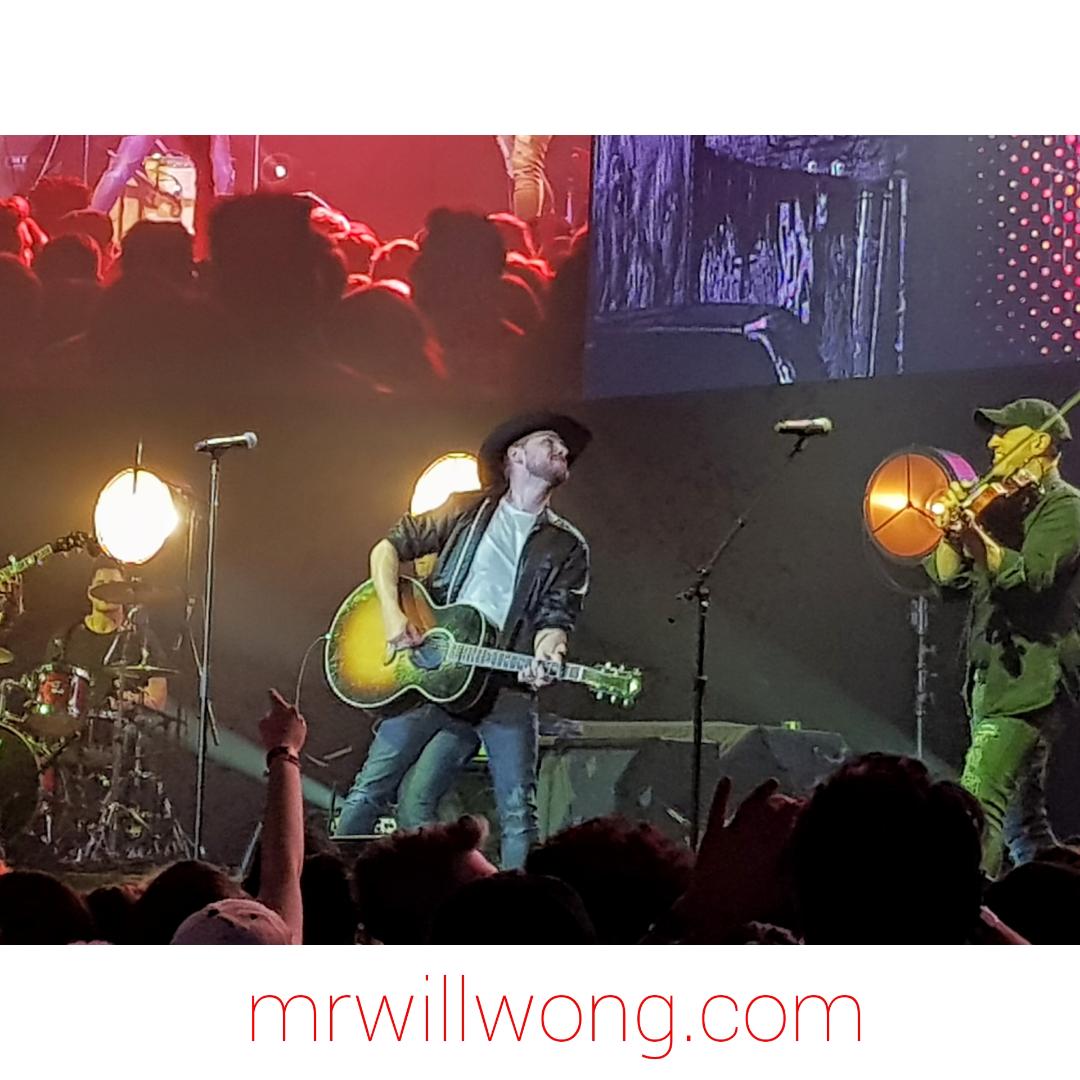 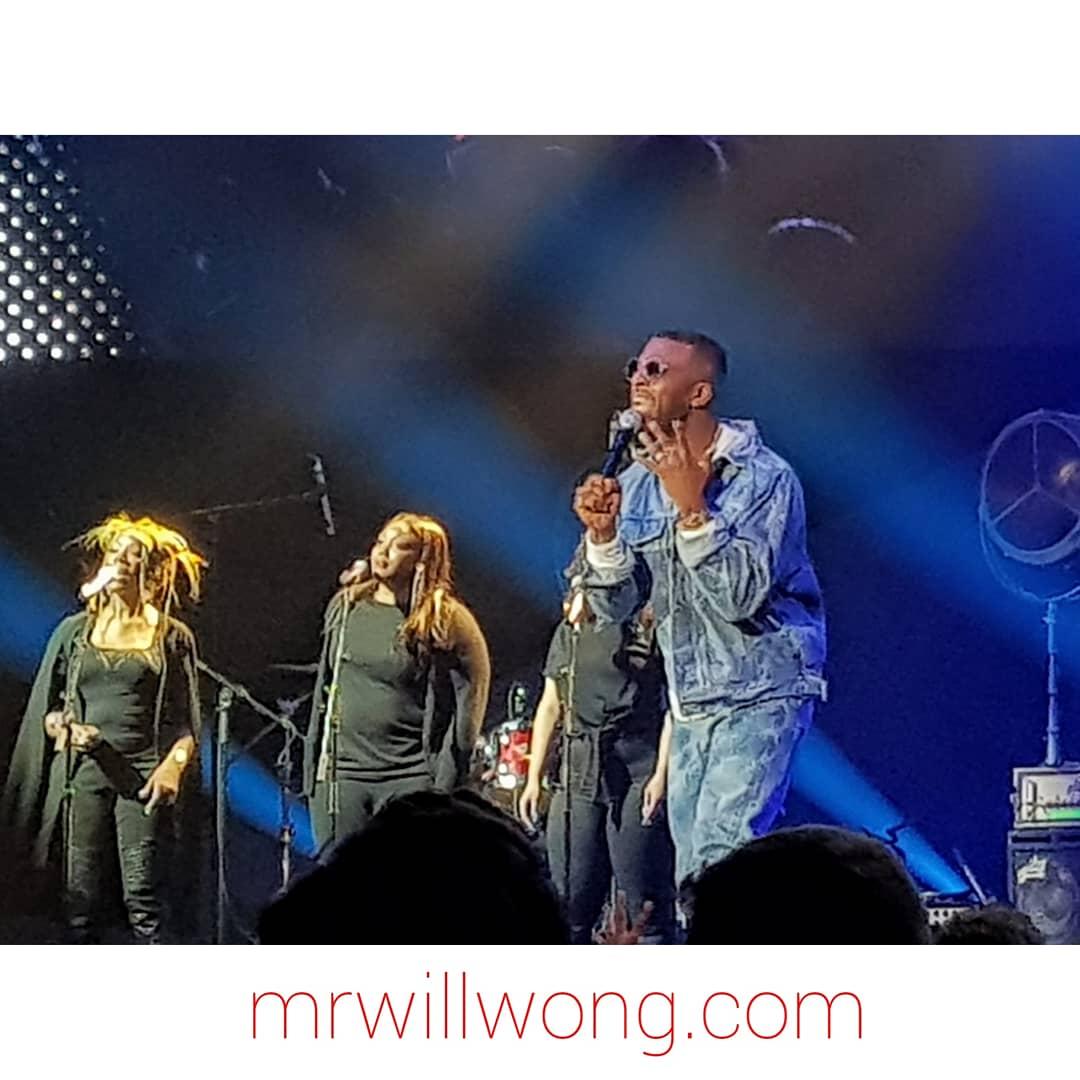 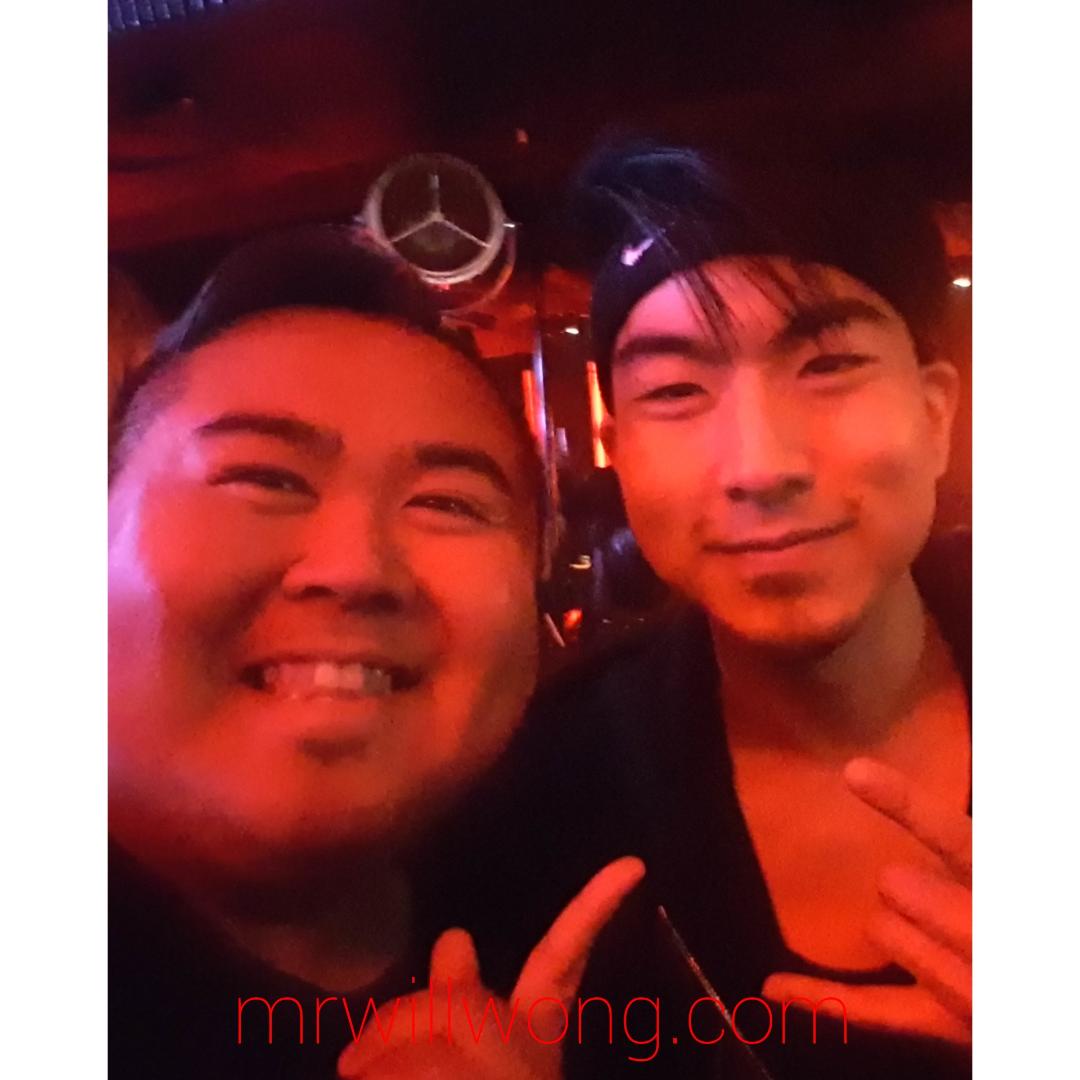 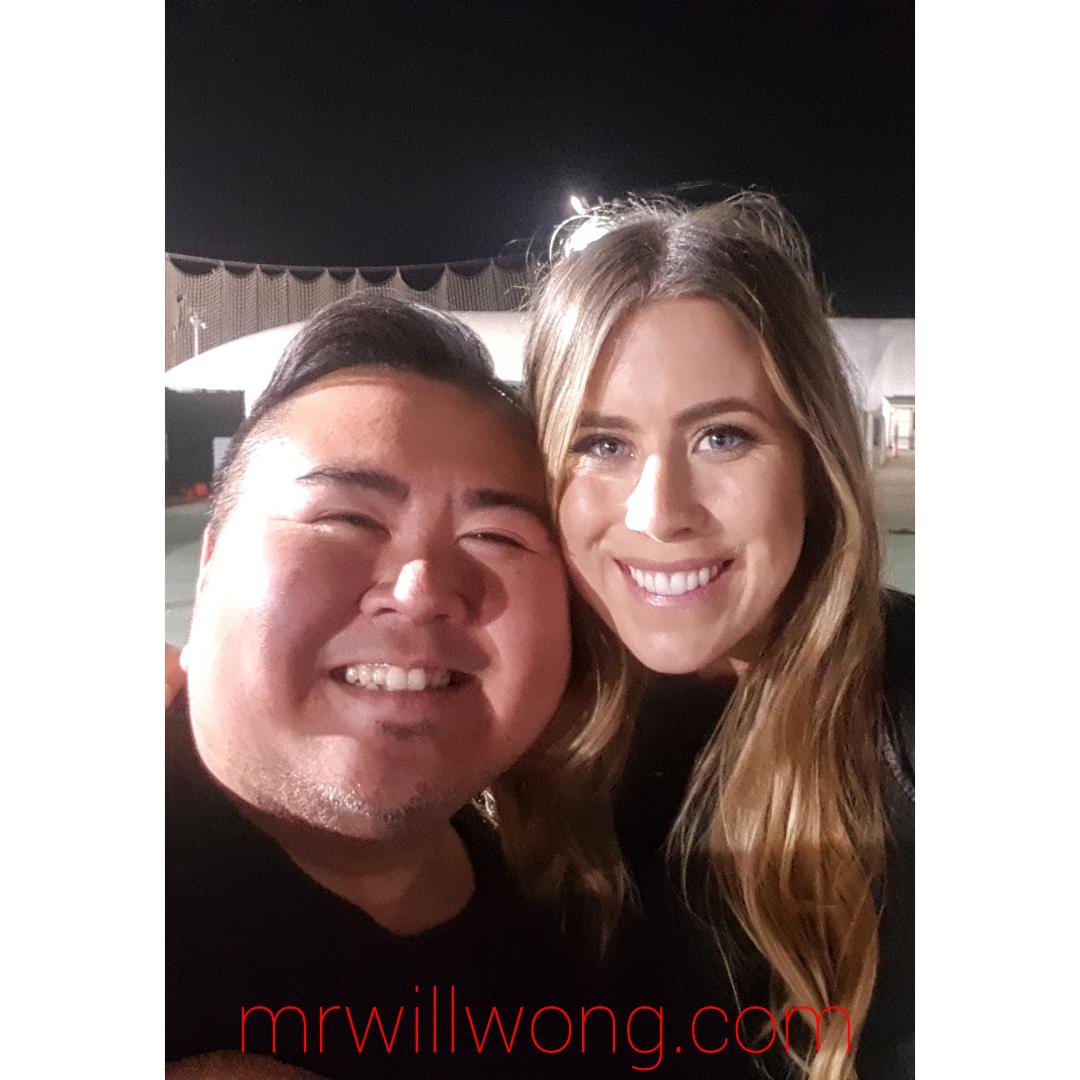 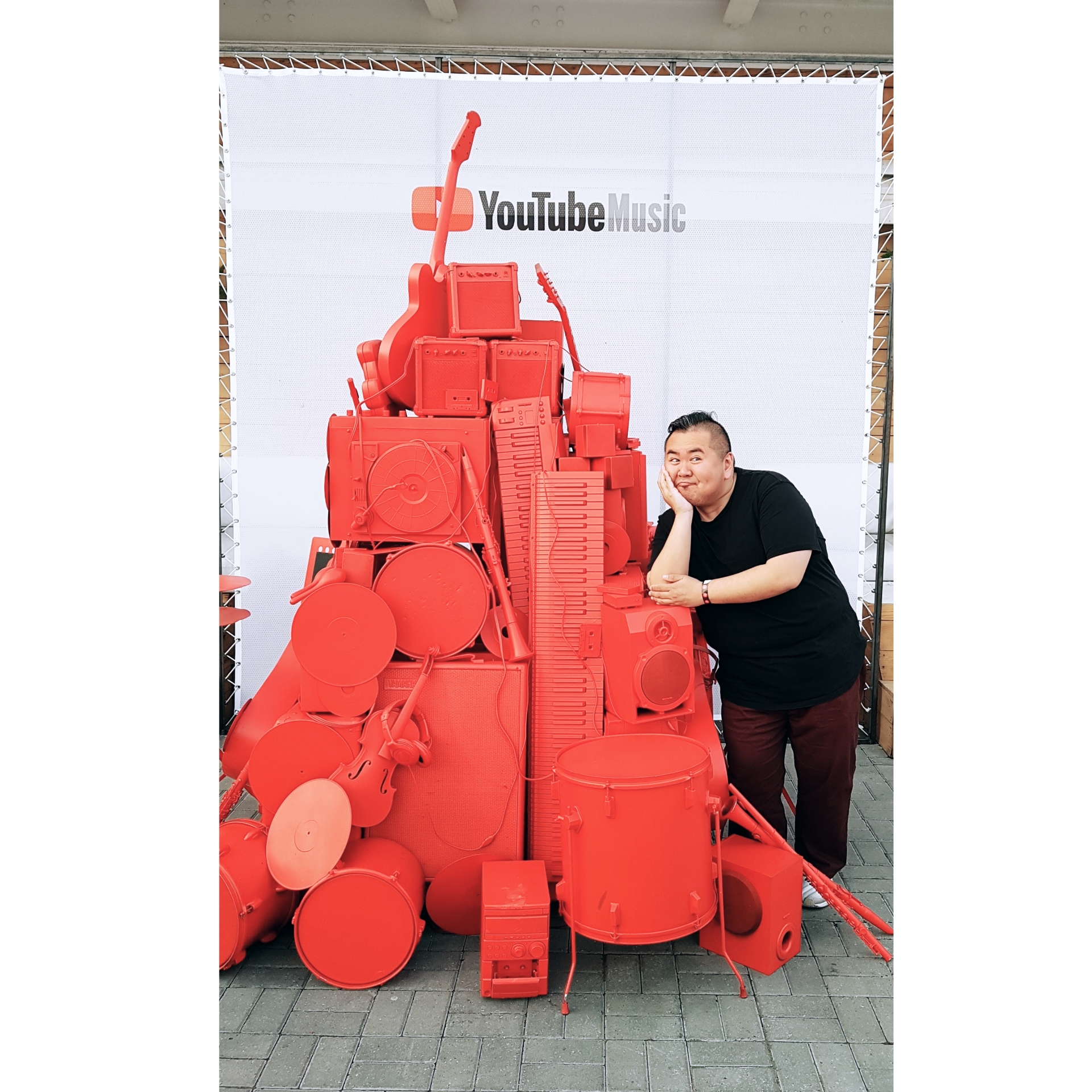 Taking place at Vancouver’s Rogers Arena tonight, the 47th annual JUNO Awards took place, celebrating the best in Canadian achievements on a national and international stage. The themes of truth and reconciliation were front and center tonight in light of recent social movements like #TimesUp and #MeToo.

The late Gord Downie was honoured winning Artist of the Year. Brothers Patrick and Mike accepted the Award on his behalf, stating “All this love and support is really helping the healing. This is Gord‘s Award. He’s Artist of the Year but he was our man of a lifetime.”. He was paid tribute to also by friends Dallas Green (City and Colour) and Sarah Harmer via song during the CBC Broadcast. Downie himself was awarded post-humously alongside Kevin Drew as Songwriter of the Year for their work on A Natural, Introduce Yerself and The North on his Album Introduce Yerself, released October 2017. He also won for Adult Alternative Album of the Year.

“I left your house this morning” 🎶 @cityandcolour and @sarah_harmer perform an amazing tribute to Gord Downie #JUNOS pic.twitter.com/ZktmUPKeLK

Receiving major recognition tonight also was Montreal’s Arcade Fire winning Album of the Year for Everything Now. The Band also were recognized for their body of contributions, receiving the International Achievement Award.

Michael Bublé, who prior to tonight had won 12 JUNOs, filled hosting duties after being unable to do so last year due to his son Noah falling ill.

He won for Adult Contemporary Album of the Year for Nobody But Me and confirmed earlier in the evening that he and his wife Luisana Lopiloto are expecting a second child. Fellow Vancouver native Diana Krall who won Vocal Jazz Album and Producer of the Year for her Album Turn Up the Quiet would join him on-stage in a duet of Nat King Cole‘s Love.

Another major highlight was Canadian Outfit Barenaked Ladies coming together on-stage for a one-night-only reunion, marking the Band’s 30th anniversary. The Band this year are inducted into the Canadian Music Hall of Fame. Steven Page had embarked on a solo career in 2009 and joined his Bandmates on-stage and each of them individually thanked those who were a part of their success in a comical song which drew thunderous applause from the crowd.

Pickering’s Shawn Mendes won Single of the Year for There’s Nothing Holdin’ me Back and also the Fan Choice Award, although he wasn’t in attendance as he preps his upcoming Album.

Kendrick Lamar won International Album of the Year for DAMN.

Toronto’s LIGHTS was awarded Pop Album of the Year for her Disc, Skin & Earth.

Brampton’s Jessie Reyez scored for Breakthrough Artist. Her hit Figures reached #58 on the Canadian Billboard Hot 100, which she performed live on the Broadcast joined by fellow Torontonian Daniel Caesar, who won R&B/Soul Recording of the Year for his Track, Freudian.

See some of the talent back in Toronto from the JUNOs festivities! Hover cursor left and right to navigate.

With Canada’s new It-Boy, #DanielCaesar, a winner at this weekend’s #JUNOs. Swipe left to see some of the names back from the festivities. 🍁 1. Daniel Caesar 2. Daniel Caesar 3. #GeddyLee of #RUSH 4. #ScottHelman 5. #JimCuddy of #BlueRodeo #juno2018 #junoawards

The Awards will take place in London, Ontario in 2019.

21-year-old Singer/Songwriter Scott Helman has given us a taste of what he’s capable of with a refreshing brand of airwave-friendly Indie Pop-Rock. His hits Bungalow and Machine have been unavoidable on Canadian radio and some of that buzz spread stateside even with the likes of Teen Vogue stamping him one to look out for last year. Helman is priming the release of his debut full-length album Hôtel de Ville through Warner Music Canada, who were quick to spot his talent and sign him to a development deal at the age of 15. Hence while he is rather young, he has long been an artist in the making and you sense that when you hear him speak.

We had the pleasure of sitting-in on Helman‘s intimate open rehearsal held at Coalition Music today, getting a chance to preview some of the material off his new album. In attendance were a few select journalists and also students from Coalition Music‘s The Music Business High School Credit Course. Warner Music Canada President Steven Kane also was on-hand to present Helman with a platinum plaque for Bungalow.

We got a quick minute to chat with Helman post-rehearsal, asking him a few questions about what’s changed since we last heard from him and what’s next for the emerging talent.

1. Three years have passed since you released your debut EP Augusta and now you have your debut album coming. What different can we expect this time around?

Helman: “I think the difference is I really know who I am now and that makes it easier when you want to make a record that dives deep.”. “I’d say sonically, I am a bit older now so I wanted to experiment more with sounds and sonics. My Alternative and Rock and Roll bone is definitely in this record. And a lot more poetry I think.”.

2. How has the creative process changed?

Helman: “Nothing’s really changed. Just like on Augusta, I am still collecting thoughts. The only thing that’s changed is my maturity and being able to access more things that are relevant to myself.”.

3. What is shaping your sound right now?

Helman: “I really like The 1975. I really like the epic-ness of it.”. “I like that Amy Winehouse did what she really wanted to do and wasn’t influenced by anybody but herself.  I kinda try to take that with me.”. “I’m creating a show and not writing so I’m not really listening to music like that right now, but I really like how Tom Waits builds his sets because it really takes you into his world. It’s kinda a weird place that he built for you and I really want to create something like that.”.

4. You spent much time touring, especially in 2015.  What are some of the crazier fan experiences you’ve encountered?

Helman: “Most of them are people just pouring their hearts out and telling me things – just having one-on-ones with fans and getting to talk about stuff that matters.”. “In terms of the crazier things, it’s usually the moms. The moms don’t have that shyness or this is someone older than me. They have that ‘you could be my son’ type of thing going on.”.

Helman: “Touring. I’m really excited to get out of the cave. There’s a whole world out there. I’m gonna collect some postcards I think.”. 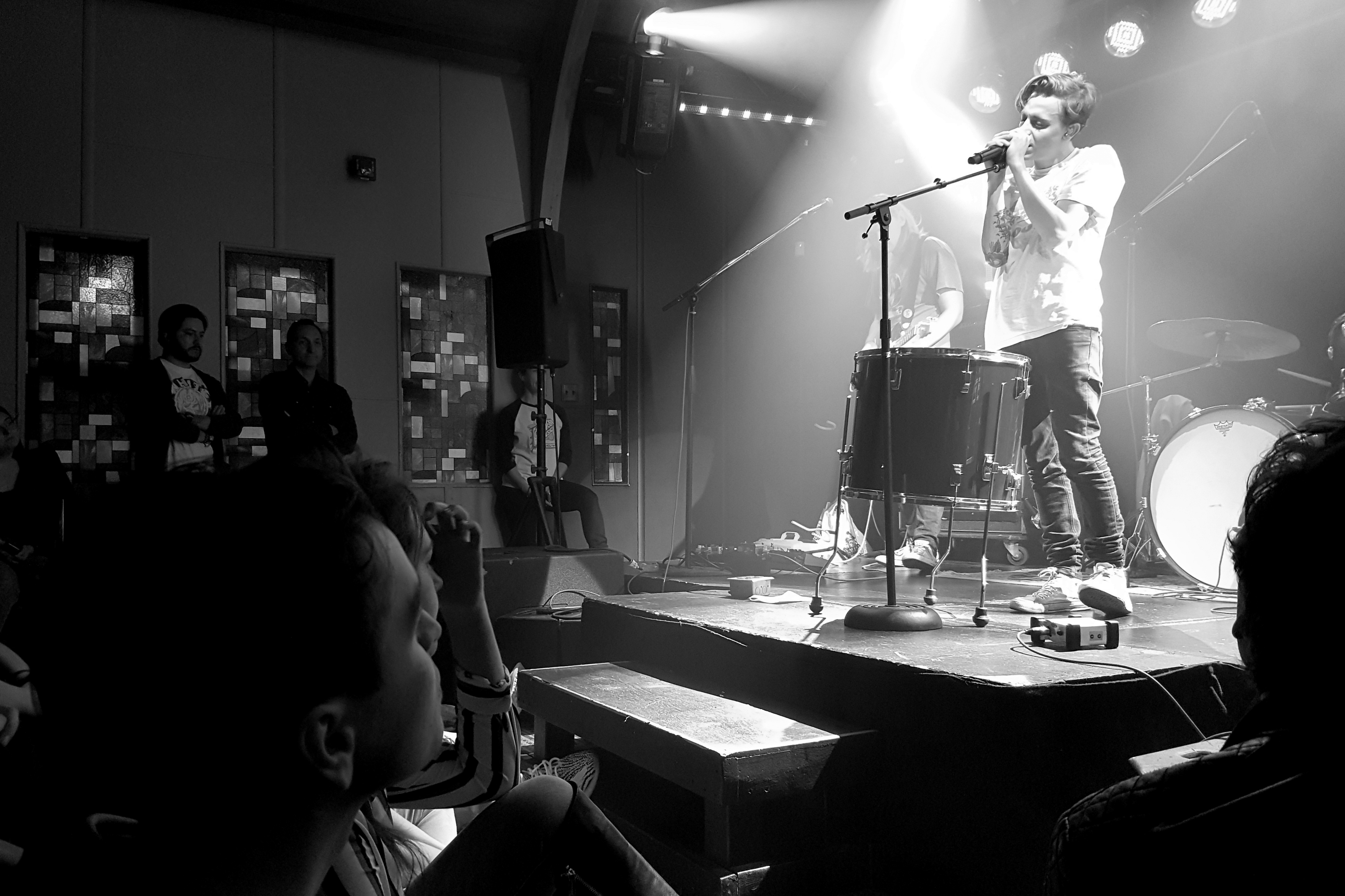 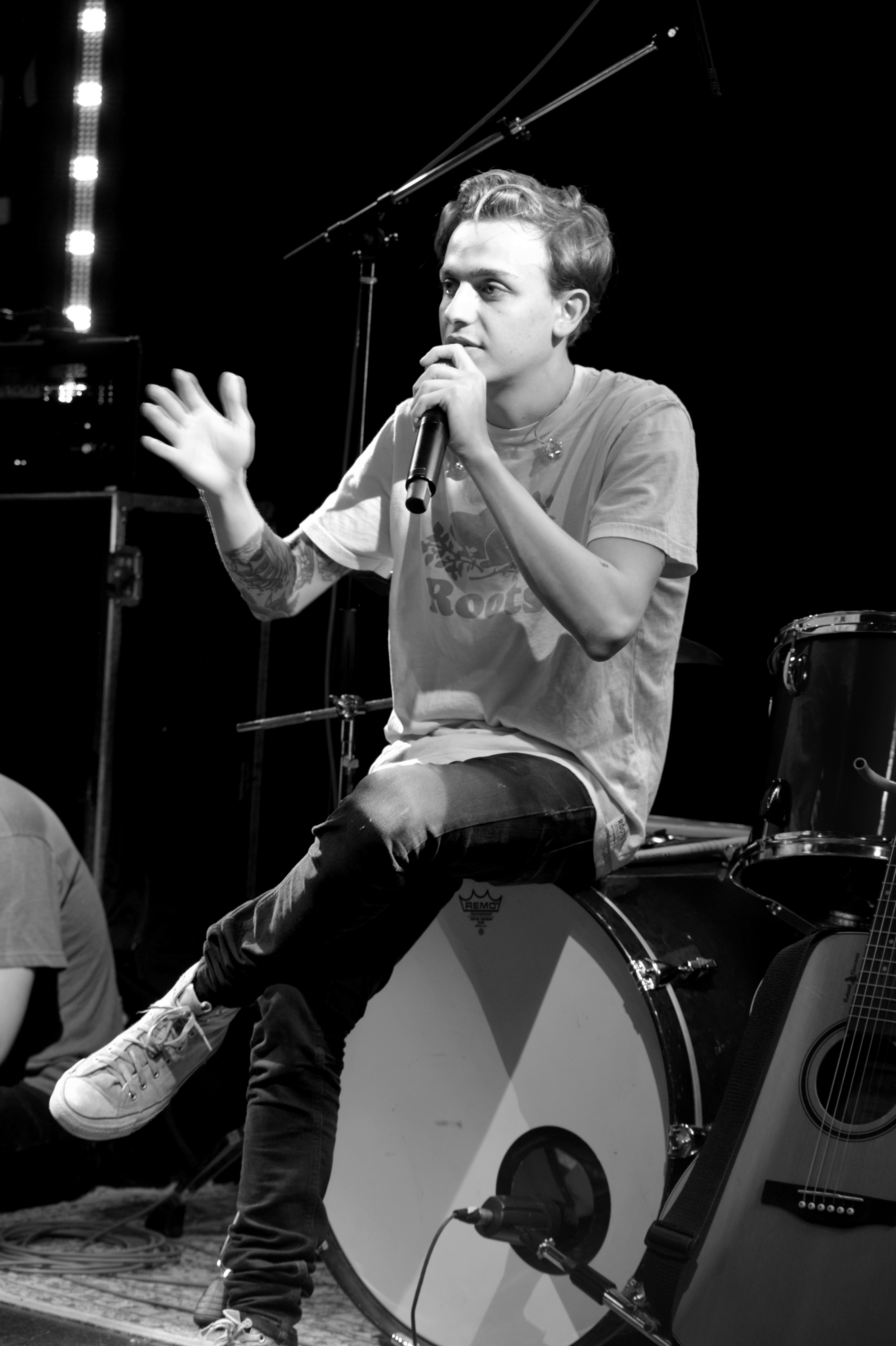 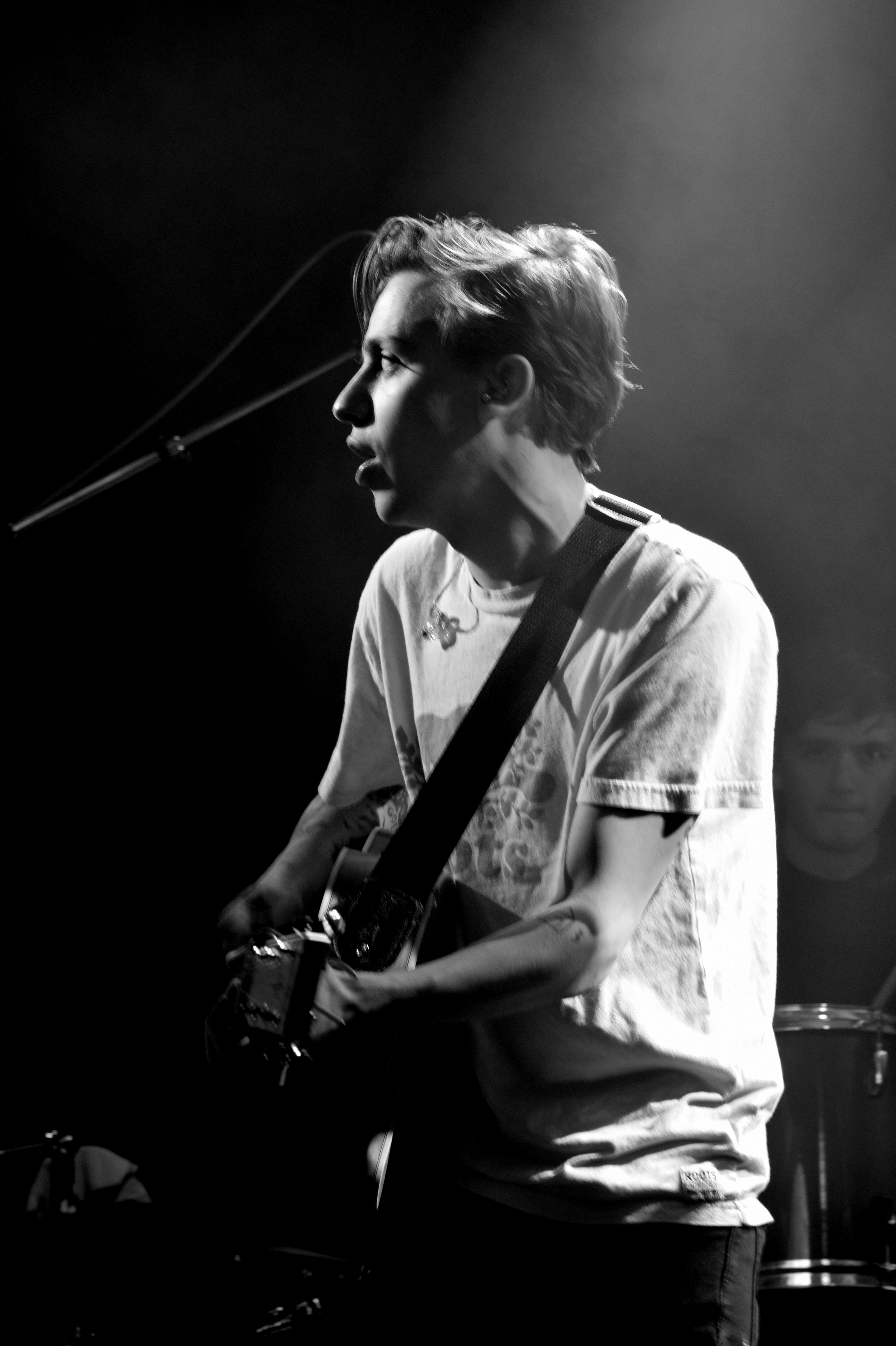 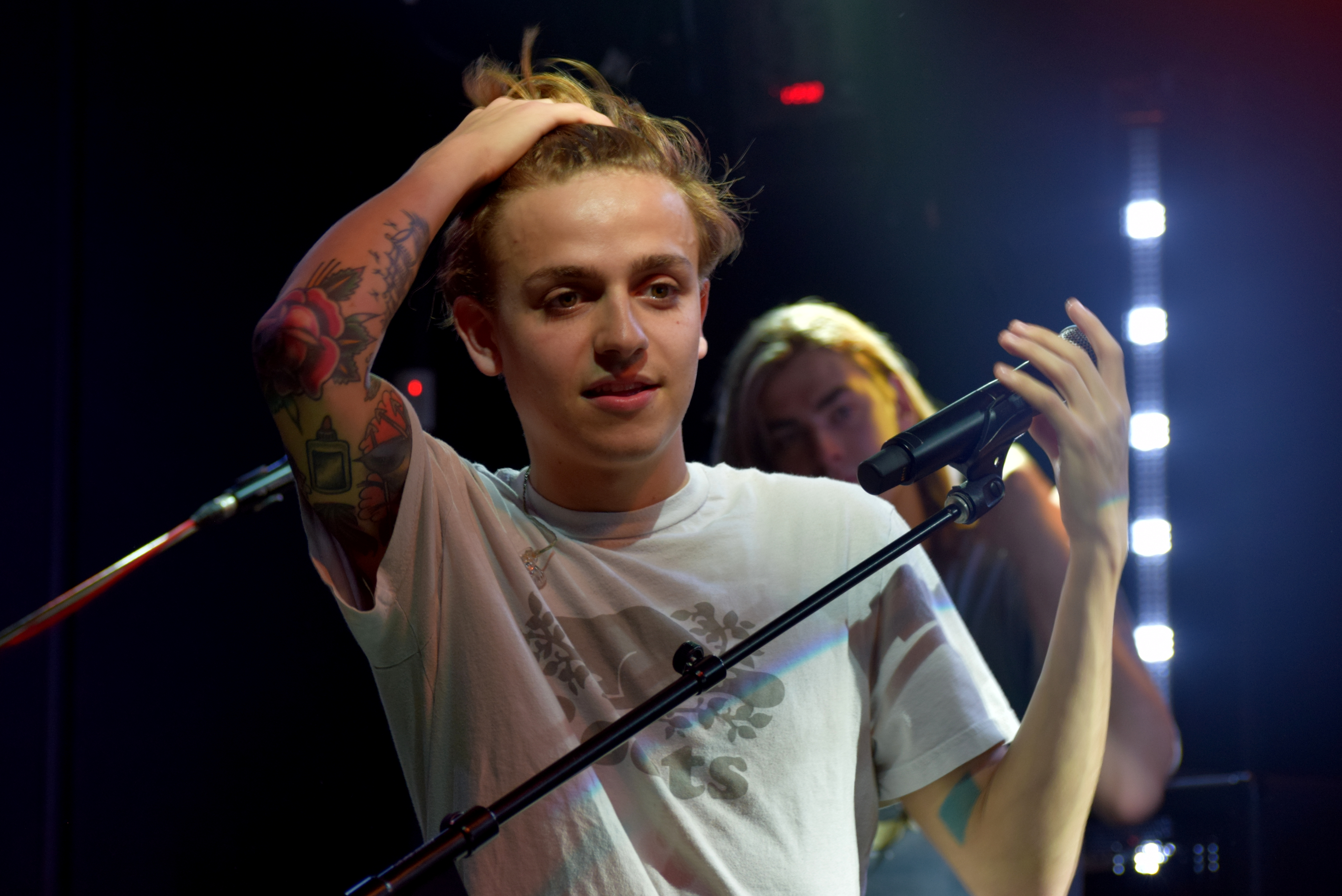 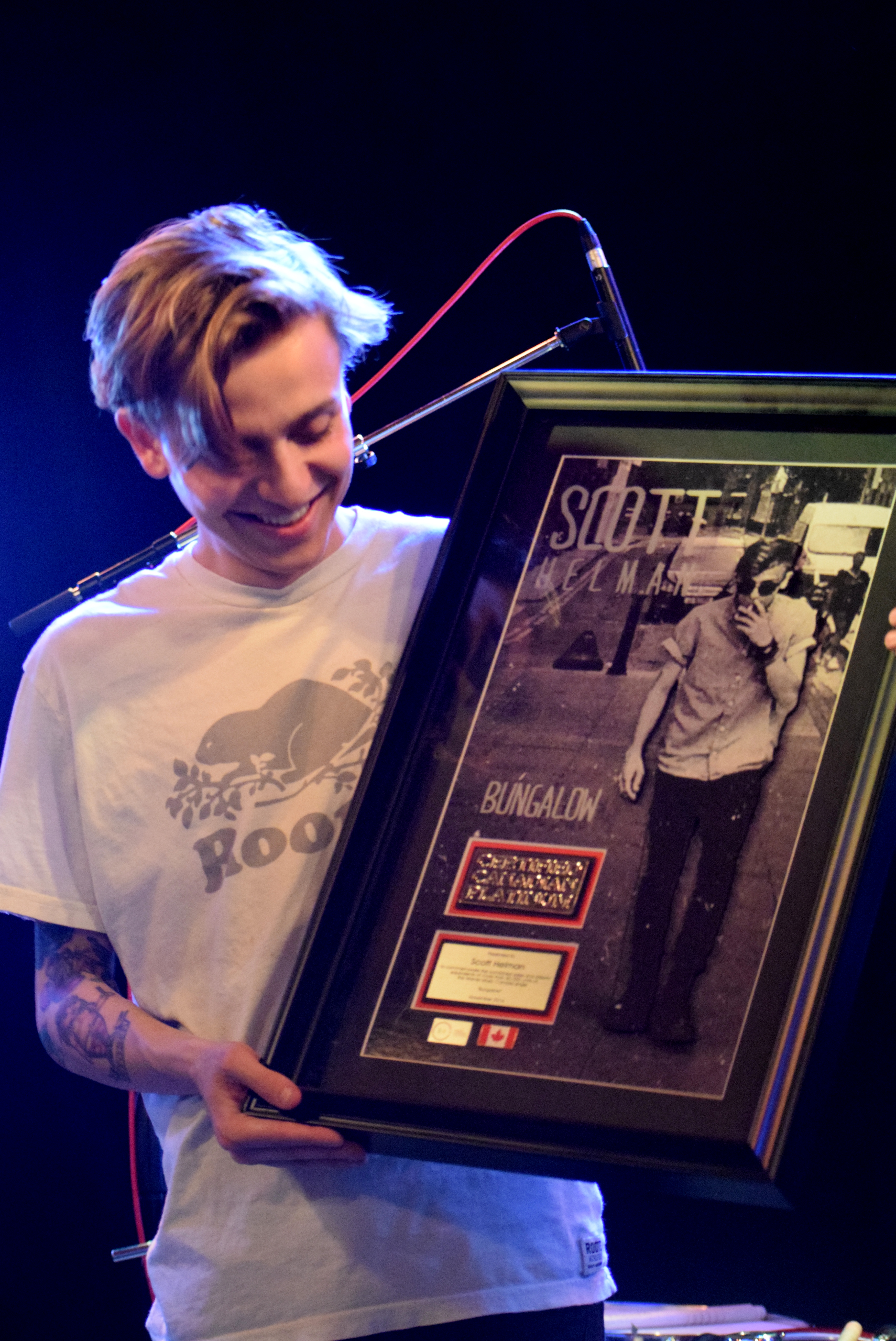 Loved sitting-in on Scott Helman’s open rehearsal today where he received a platinum plaque for his single “Bungalow”. We previewed new music from his debut album Hôtel de Ville, out next week. He tells us his best fans are the moms! Chat coming soon.