On a snowy night in a small Canadian town Steve (RJ Mitte) walks into a blue-collar bar owned by Paul (Peter Outerbridge). It’s clear the two know each other but why has Steve returned and what does he want?

The Oak Room is a slow-burn Thriller that has characters using the art of storytelling to unwind its central mystery. From beginning to end, Steve and Paul tell two different stories. However, Steve’s will slowly reveal his motive for returning home. Writer Peter Genoway has written captivating stories within his narrative. Yet, this unique and brave decision causes long drawn out scenes heavy on dialogue rather than action. That being said, Mitte and Outerbridge do bring much entertainment to their often-sedentary roles. There’s also a congenial supporting performance from Ari Millen as a character within Steve’s story.

One thing’s clear. After all this time, fans still are crazy about BREAKING BAD! Sony Pictures Home Entertainment x Mr. Will want to give Readers a chance to win BREAKING BAD: THE COMPLETE SERIES on Blu-ray! The Collection is a $110 CAN value and one lucky Reader will win it all!

Synopsis:
Breaking Bad follows protagonist Walter White (Bryan Cranston), a chemistry teacher who lives in New Mexico with his wife (Anna Gunn) and teenage son (RJ Mitte) who has cerebral palsy. White is diagnosed with Stage III cancer and given a prognosis of two years left to live. With a new sense of fearlessness based on his medical prognosis, and a desire to secure his family’s financial security, White chooses to enter a dangerous world of drugs and crime and ascends to power in the world. The series explores how a fatal diagnosis such as White‘s releases a typical man from the daily concerns and constraints of normal society and follows his transformation from mild family man to a kingpin of the drug trade. 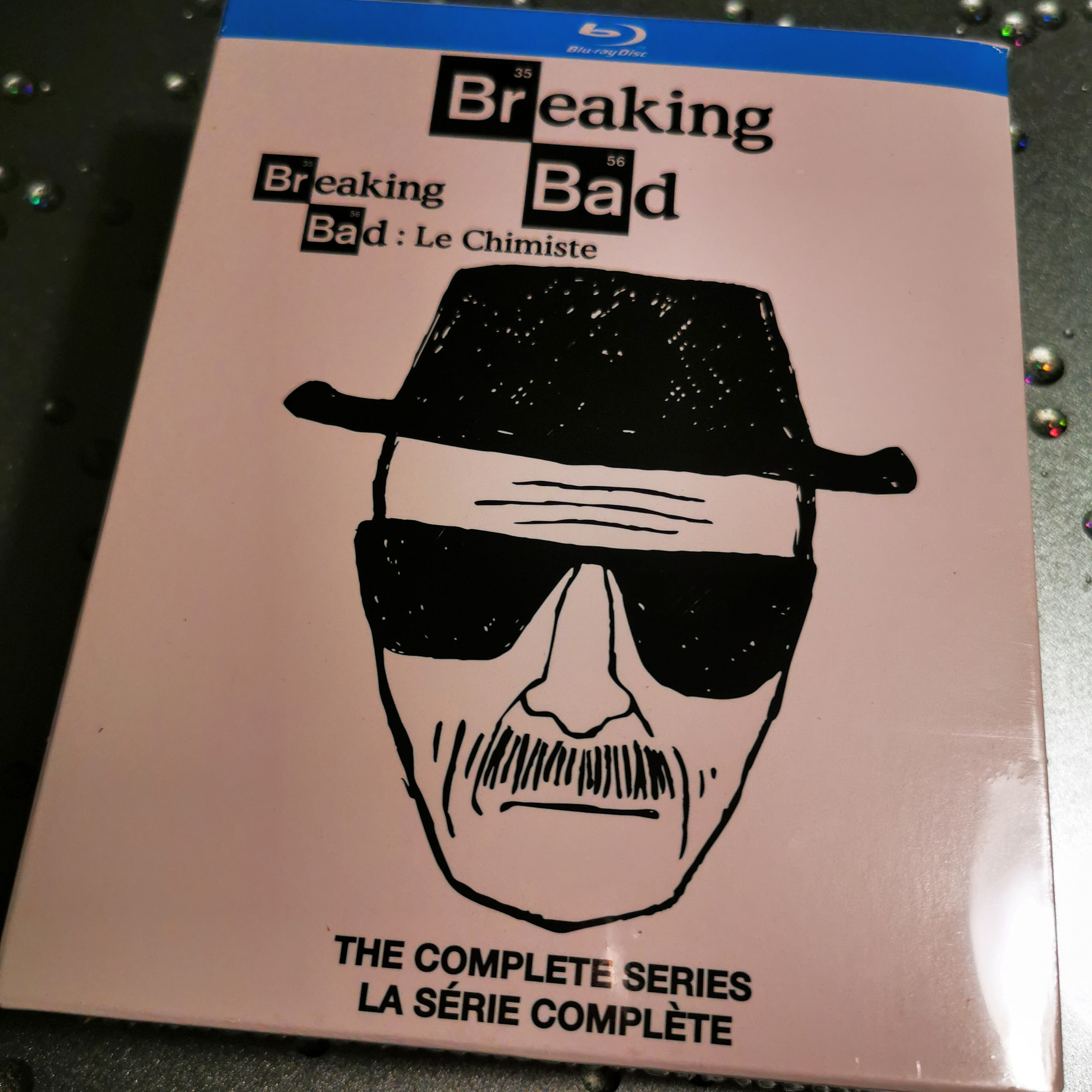 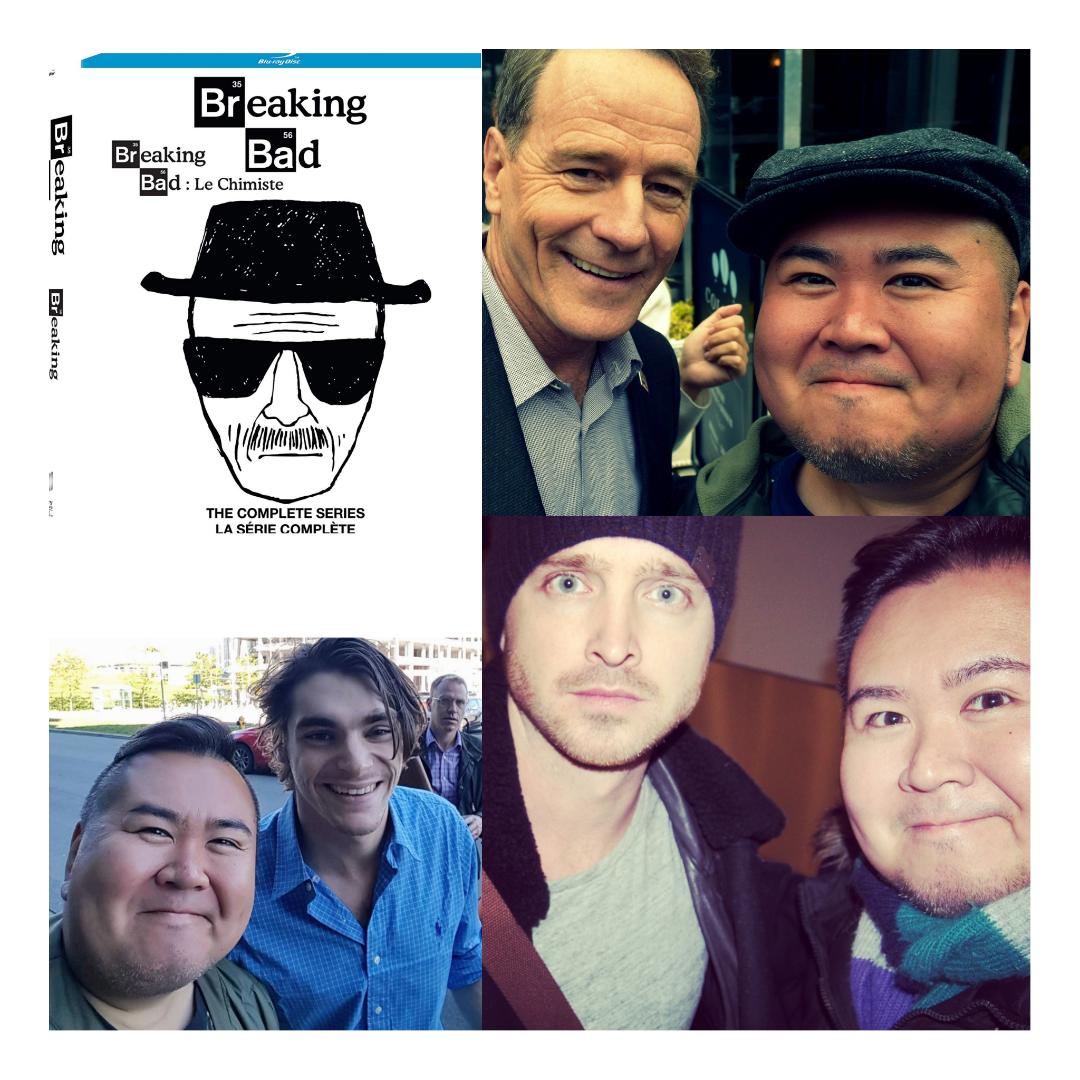 BREAKING BAD: THE COMPLETE SERIES is now in stores.

#SPOTTED: RJ MITTE IN TORONTO FOR THE MARCH OF DIMES

Although he was to make it into the City last week for his latest Film THE RECALL, Breaking Bad star RJ Mitte made it here at last for a different reason. The 24-year-old actor known best for his work on that AMC series as Walter White Jr., was like his character, diagnosed with Cerebral Palsy. He has overcome the odds and he is here to speak about it at the 18th annual Ability and Beyond Dinner at the Royal York Hotel tonight for The March of Dimes Canada, hosted by Carolyn Mackenzie of Global Television.

After flying in to Toronto last night, Mitte did a bit of press today including Global Television’s The Morning Show about his partnership with The March of Dimes.

He was amazingly nice to stop after hopping out of his cab for a quick Snap!

Breaking Bad star #RJMitte in #Toronto tonight for #MarchofDimes. He was so nice! He also has a new Film called #TheRecall in which he stars alongside #WesleySnipes out on VOD and iTunes 6.16!

More on the event here.