R5 visited Global Television‘s The Morning Show (National Edition) earlier today performing outside the Shaw Media Building a free Show as part of their Summer Concert Series as hoards of young Fans looked on in adoration.  The Band were super-kind to stop for Photos with Fans behind the barricade, some having waited as early as 6:00 AM. Rocky from the Band was smitten most by my Dog Billy and even held him for a bit before heading back to their Luxury Coach Bus, jokingly taking Billy with him!

The Band performed their latest Single Pass Me By. Check-out the Single below:

Also, watch their Performance of Pass Me By (not Loud, Liza Fromer… love you still though!) on The Morning Show below: 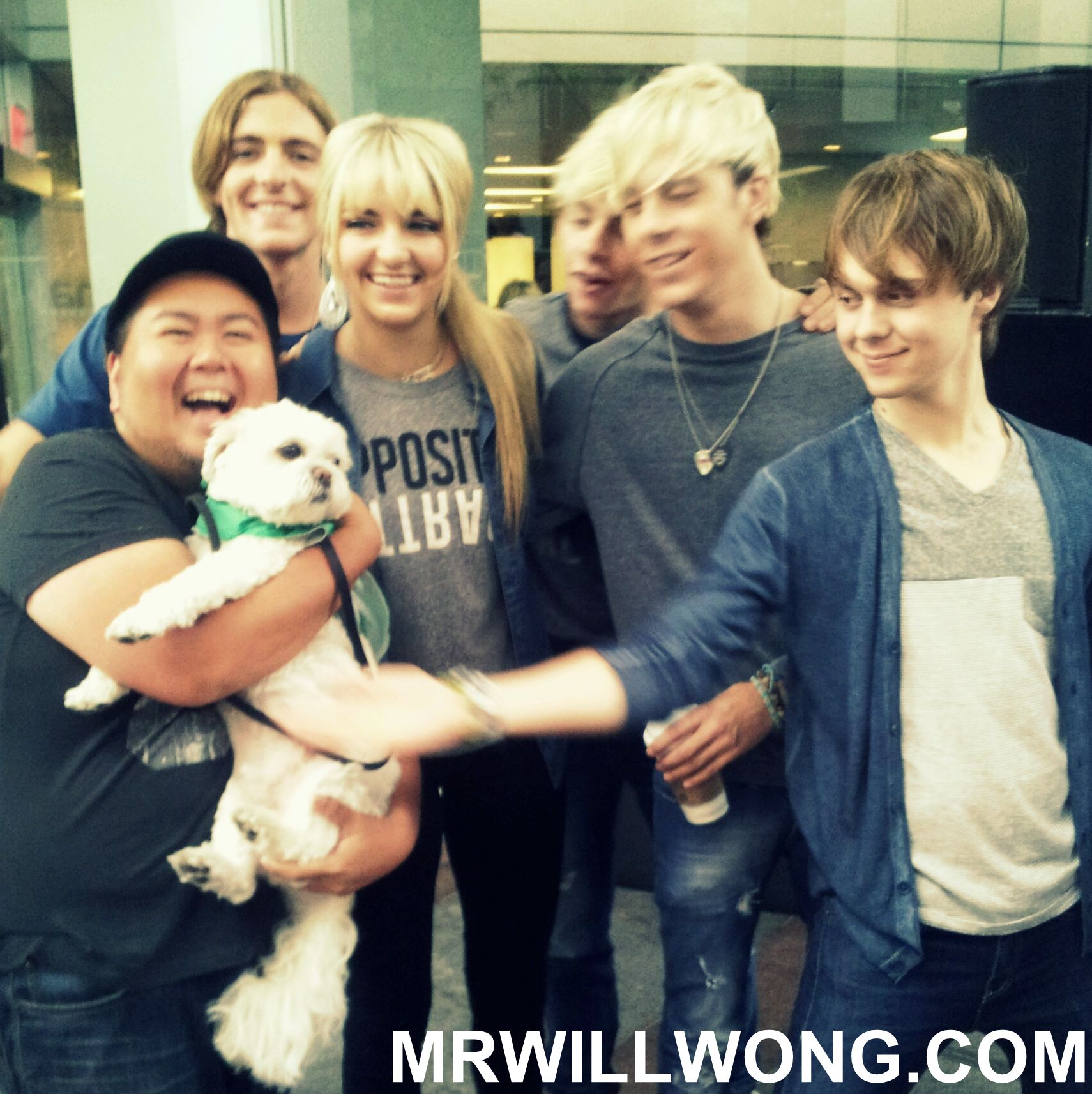