#FIRSTLOOK: “NEW TRAILER FOR “THE BEATLES: GET BACK”

We’re sure many of you are going to be thrilled about this! Peter Jackson‘s THE BEATLES: GET BACK arrives next month, only on Disney+ and here’s your first look at the Docu-Series!

Directed by three-time Oscar®-winning filmmaker Peter Jackson (“The Lord of the Rings” trilogy, “They Shall Not Grow Old”), “The Beatles: Get Back” takes audiences back in time to the band’s January 1969 recording sessions, which became a pivotal moment in music history. The docuseries showcases The Beatles’ creative process as they attempt to write 14 new songs in preparation for their first live concert in over two years. Faced with a nearly impossible deadline, the strong bonds of friendship shared by John Lennon, Paul McCartney, George Harrison, and Ringo Starr are put to the test. The docuseries is compiled from nearly 60 hours of unseen footage shot over 21 days, directed by Michael Lindsay-Hogg in 1969, and from more than 150 hours of unheard audio, most of which has been locked in a vault for over half a century. Jackson is the only person in 50 years to have been given access to this Beatles treasure trove, all of which has now been brilliantly restored.  What emerges is an unbelievably intimate portrait of The Beatles, showing how, with their backs against the wall, they could still rely on their friendship, good humour, and creative genius. While plans derail and relationships are put to the test, some of the world’s most iconic songs are composed and performed. The docuseries features – for the first time in its entirety – The Beatles’ last live performance as a group, the unforgettable rooftop concert on London’s Savile Row, as well as other songs and classic compositions featured on the band’s final two albums, Abbey Road and Let It Be.

#FIRSTLOOK: SNEAK PEEK OF “THE BEATLES: GET BACK”

Peter Jackson is back and here is a first look at his new Beatles Documentary THE BEATLES: GET BACK on Disney+!

Acclaimed filmmaker Peter Jackson’s “The Beatles: Get Back” is a unique cinematic experience that takes audiences back in time to The Beatles’ intimate recording sessions during a pivotal moment in music history. The film showcases the warmth, camaraderie and creative genius that defined the legacy of the iconic foursome. Shot in January 1969 and compiled from over 60 hours of unseen footage (filmed by Michael Lindsay-Hogg) and more than 150 hours of unheard audio, all of which has been brilliantly restored, “The Beatles: Get Back” is the story of John Lennon, Paul McCartney, George Harrison and Ringo Starr as they plan their first live show in over two years and charts the writing and rehearsing of 14 new songs, originally intended for release on an accompanying live album. The film features – for the first time in its entirety – The Beatles’ last live performance as a group, the unforgettable rooftop concert on London’s Savile Row as well as other songs and classic compositions featured on the band’s final two albums, Abbey Road and Let It Be. 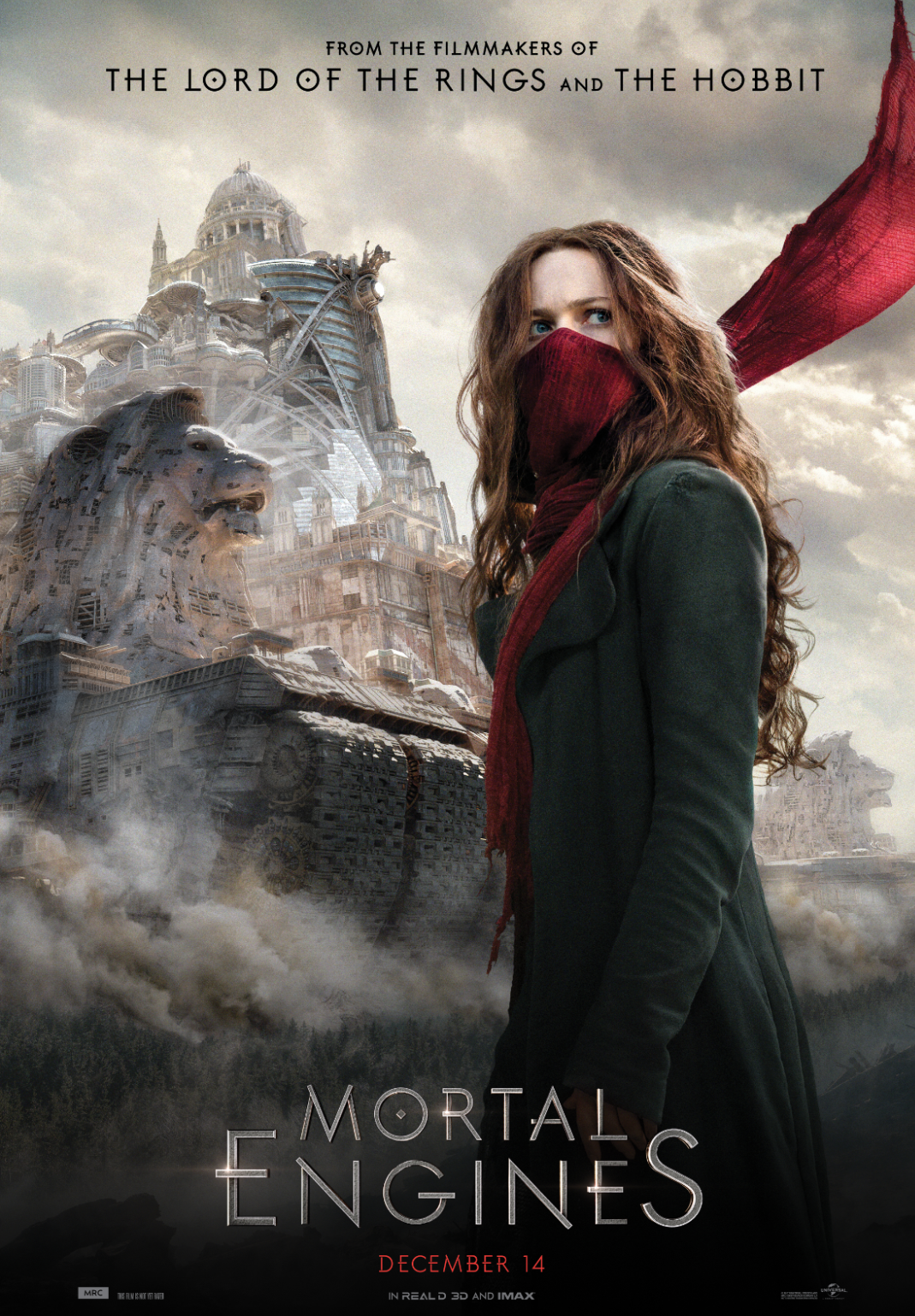 This certainly looks intriguing …without giving too much away. Peter Jackson of THE LORD OF THE RINGS fame, presents us MORTAL ENGINES.

Mortal Engines is the startling, new epic adventure directed by Oscar®-winning visual-effects artist Christian Rivers (King Kong). Joining Rivers are The Hobbit and The Lord of the Rings trilogies three-time Academy Award®-winning filmmakers Peter Jackson, Fran Walsh and Philippa Boyens, who have penned the screenplay. The Universal and MRC adaptation is from the award-winning book series by Philip Reeve, published in 2001 by Scholastic. 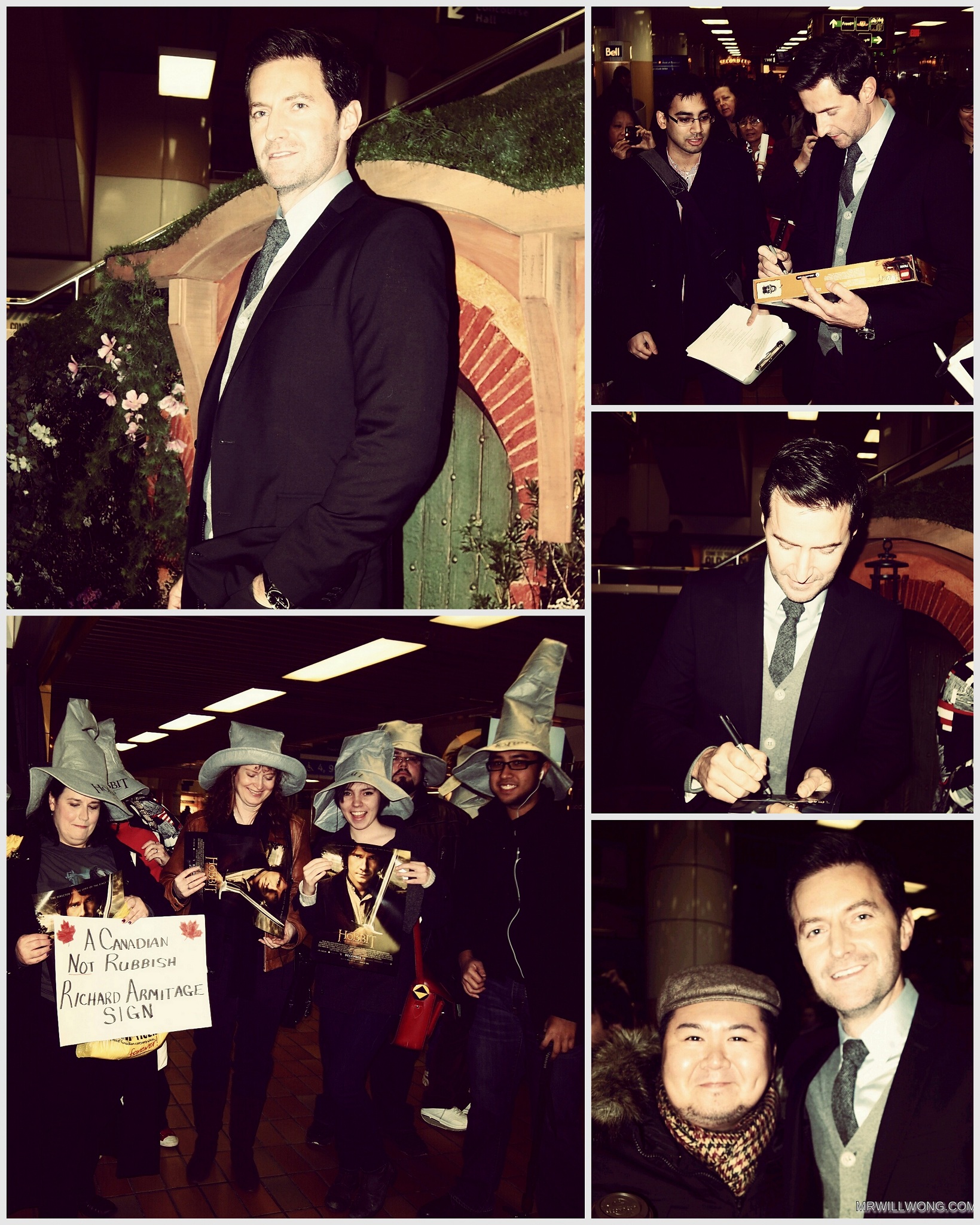