#GIVEAWAY: ENTER TO WIN A COPY OF “ONE DIRECTION: THIS IS US” PRIZE PACK!

Who isn’t a Directioner?!? Sony Pictures Home Entertainment Canada and Mr. Will Wong want to give Readers a chance to see and own on Blu-ray Box Office Hit and acclaimed Fan Favourite from Director Morgan Spurlock, ONE DIRECTION: THIS IS US! Included with this Prize Pack are a copy of their latest Disc, MIDNIGHT MEMORIES, Book, T-Shirt and a pair of ultra-rare 1D Sunglasses!!!

ONE DIRECTION: THIS IS US is a captivating and intimate all-access look at life on the road for the global music phenomenon. Weaved with stunning live concert footage, this inspiring feature Film tells the remarkable story of Niall, Zayn, Liam, Harry and Louis’ meteoric rise to fame, from their humble hometown beginnings and competing on The X-Factor, to conquering the World and performing at London’s famed O2 Arena. Hear it from the boys themselves and see through their own eyes what it’s really like to be One Direction. 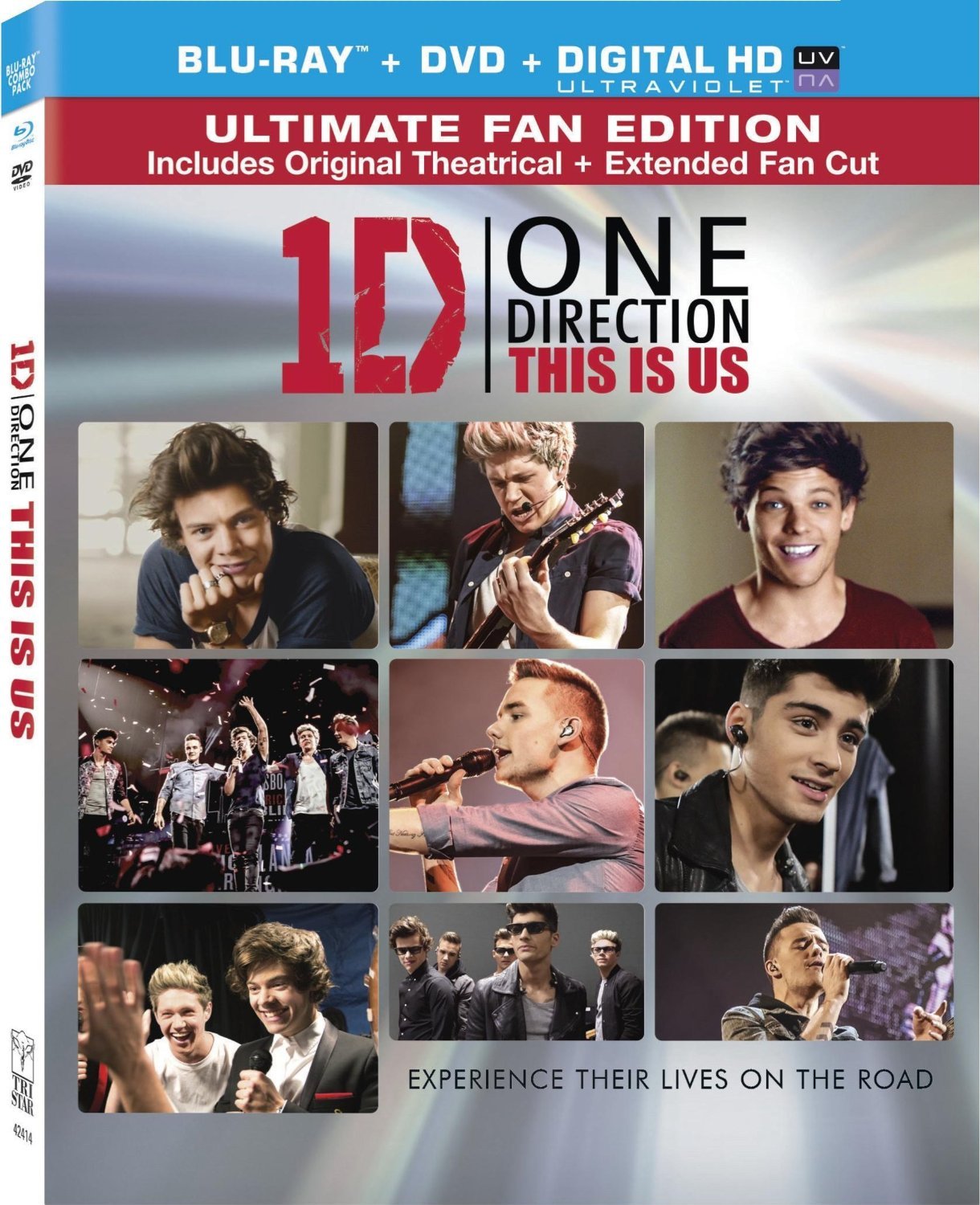 Order ONE DIRECTION: THIS IS US here.

Sony Pictures Home Entertainment Canada releases ONE DIRECTION: THIS IS US on DVD and Blu-ray on Tuesday, December 17, 2013.  Midnight Memories also is in stores now!

Moviegoers knew were headed in one direction and one direction only. Morgan Spurlock‘s One Direction: This is Us Documentary was a big hit at the Box Office this Labour Day weekend, the Sony Pictures release earning $17 million from 2,735 theatres. The Film about the World’s hottest Boy Band right now, received a 68% score on Rotten Tomatoes’ Tomatometer and Audiences absolutely loved it, giving it an A CinemaScore.

Slipping to second this weekend is The Butler with $14.7 million, after a two week reign atop the Box Office. The Historical Drama has now surpassed the $74-million mark for The Weinstein Co./eOne Films.

In third and still going strong is the hilarious Comedy, We’re the Millers which now in its fourth week earns $12;6 million for Warner Bros. The Film has now official grossed in excess of $109 million.

Lionsgate Films’ Spanish-language Comedy, Instructions Not Included is a surprise hit opening only in 247 theatres in fifth with $7.5 million.

The Mortal Instruments: City of Bones in its second week of release slips to seventh spot with $5.2 million, just surpassing the $20 million-mark for eOne Films/Sony Screen Gems. This lands just ahead of well-reviewed The World’s End with $4.7 million, good enough for eighth spot in its second week of release domestically for eOne Films/Focus Features.

Getaway starring Ethan Hawke and Selena Gomez debuts in eighth spot with $4/5 million from 2,130 theatres for Warner Bros. The Action-Thriller mustered only a 2% rating on the Tomatometer and Audiences gave it a C+ CinemaScore.

Rounding out the Top Ten is Percy Jackson: Sea of Monsters with $4.4 million in its fourth week  for 20th Century Fox.

#NEWMUSIC: ONE DIRECTION – “ONE WAY OR ANOTHER (TEENAGE KICKS)”

After a series of upsetting leaks, One Direction finally release their Charity Single for Comic Relief, a Charity Organization for Famine Relief in Ethiopia.

The Track, a Cover of the Blondie 1979 Classic, breathes some freshness into it with a bit of a Punk edge, containing elements of The Undertones’ Teenage Kicks.  The Boys’ famous Arena-filling Choruses define this as being unmistakably 1D!

Listen to One Direction‘s One Way or Another (Teenage Kicks) below:

See the official Artwork for the Single below:

BBC premiered One Way or Another (Teenage Kicks) last night and it will see a release Sunday, February, 17, 2013 on iTunes UK.

In other news, you now also can order your Advance Tickets to see One Direction Documentary 1D3D from Director Morgan Spurlock today!

Documentary King Morgan Spurlock and the World’s hottest Boy Band One Direction team together for 3-D Doc, 1D3D. In just over 24 hours, the Teaser Trailer has amassed almost 3.1 million views.  Spurlock follows the Boys as they tour the World and we get multiple perspectives on their success: their Mums, their Fans and theirs.  So touching seeing candid moments like Zayn calling his Mum on the phone, fighting back his tears how much he misses her. This actually looks one-delightful!