#FIRSTLOOK: NEW STILLS FROM “THE BOYS IN THE BAND”

This looks great! Presenting this first look at a new Adaptation of THE BOYS IN THE BAND, coming next month to Netflix!

Synopsis:
More than fifty years after Mart Crowley‘s play became an unexpected smash hit for putting gay men’s lives center stage with honesty and humor, THE BOYS IN THE BAND returns to the screen in a new adaptation that reunites acclaimed director Joe Mantello with the all-star cast of the Tony-winning, 2018 Broadway production. In 1968 New York City – when being gay was still considered to be best kept behind closed doors – a group of friends gather for a raucous birthday party hosted by Michael (Jim Parsons), a screenwriter who spends and drinks too much, in honor of the sharp-dressed and sharp-tongued Harold (Zachary Quinto). Other partygoers include Donald (Matt Bomer), Michael’s former flame, now mired in self-analysis; Larry (Andrew Rannells), a randy commercial artist living with Hank (Tuc Watkins), a school teacher who has just left his wife; Bernard (Michael Benjamin Washington), a librarian tiptoeing around fraught codes of friendship alongside Emory (Robin de Jesús), a decorator who never holds back; and a guileless hustler (Charlie Carver), hired to be Harold’s gift for the night. What begins as an evening of drinks and laughs gets upended when Alan (Brian Hutchison), Michael’s straight-laced college roommate, shows up unexpectedly and each man is challenged to confront long-buried truths that threaten the foundation of the group’s tight bond. 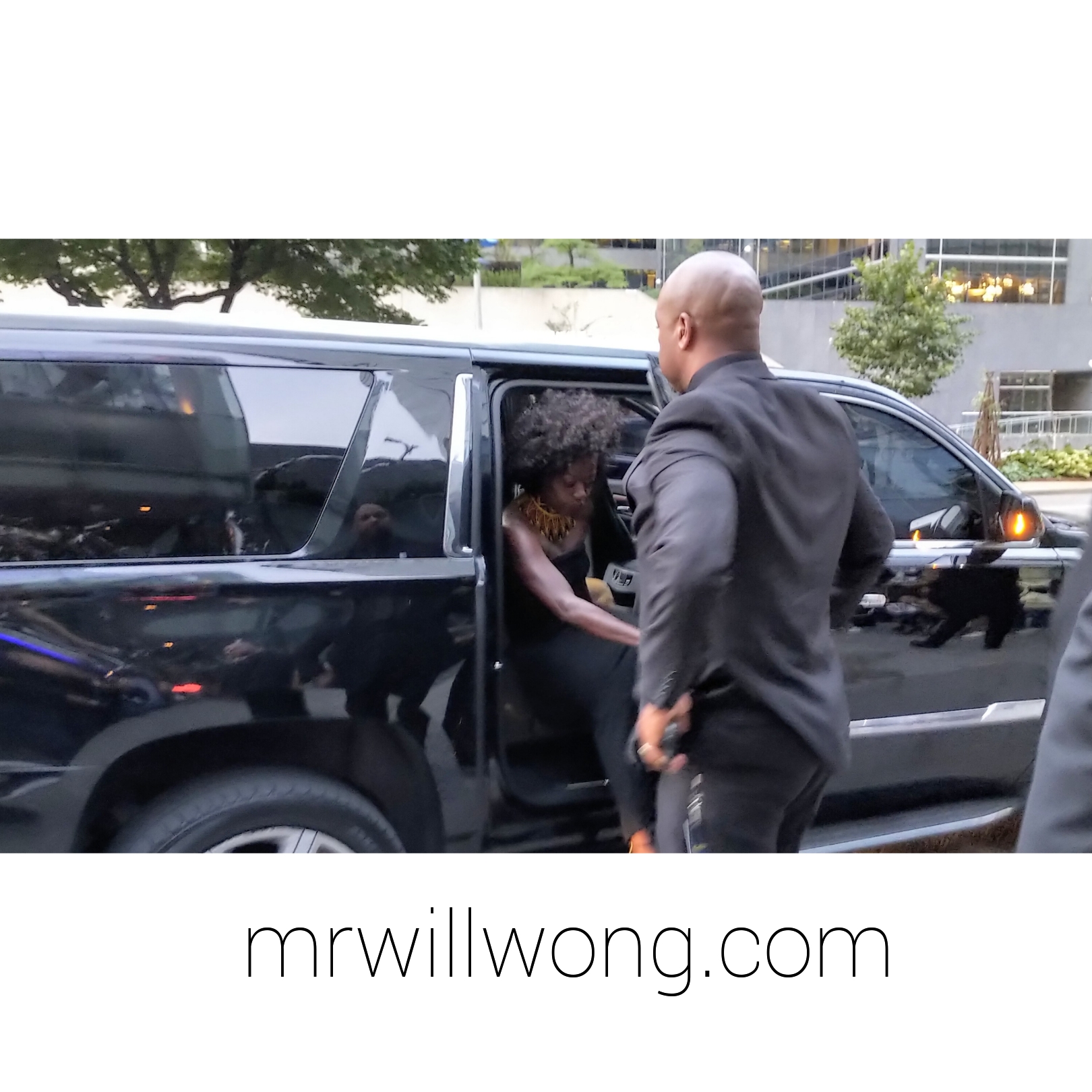 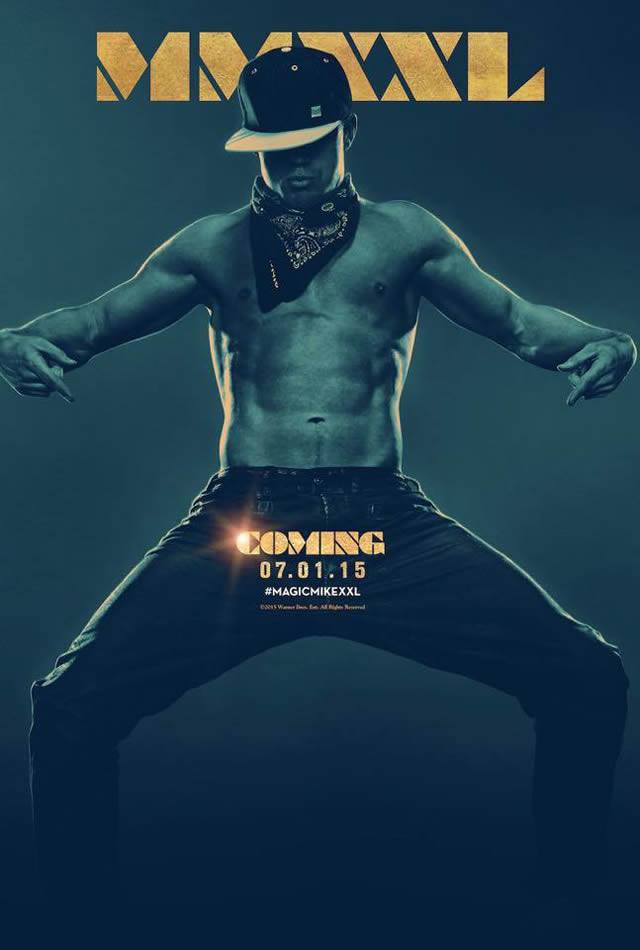 It’s official! Chris Hemsworth is sexy! Not that many of you needed proof of that! People Magazine has unveiled their annual Sexiest Man Alive Honourees and there are a couple freshed-faced surprises. What do you think of their choices? Was Chris Pratt robbed?  How about the other Hemsworth Brother? Where is the still- hot Matthew McConaughey?  Discuss.

The THOR Star tells People, “I think you’ve bought me a couple of weeks of bragging rights around the house”, upon receiving the news.

Here are this year’s Honourees:

It’s awesome seeing a bit more cultural diversity in this List I must say!

#INTERVIEW: MATT BOMER IN TORONTO AT THE INSIDE OUT FESTIVAL PREMIERE OF “THE NORMAL HEART”

Toronto rolled out the Pink Carpet for a v. special Guest tonight as the talented and equally beautiful Matt Bomer made his way in to promote HBO‘s next sure-fire Awards Season Vehicle, a Film Adaptation of TONY-winning Play, The Normal Heart.

If the thought-provoking Storyline set in the early ’80s amidst the onset of the AIDS Epidemic doesn’t move you, then maybe its Cast will. A brilliant Ensemble of Mark Ruffalo, Taylor Kitsch, Jim Parsons, Jonathan Groff and Julia Roberts light-up the screen, telling a heartbreaking Tale about a Disease which some  thirty-plus years a later is still at the forefront of debate despite several educational and medical advancements.

I had the pleasure of interviewing the piercingly blue-eyed Bomer – known best for his starring role in White Collar as Neal Caffrey and for a glimpse in Magic Mike – who plays Felix, opposite Ruffalo’s Ned Weeks.  The latter is seen at the center of the Story as an Activist struggling to bring HIV/AIDS  to the political forefront, while also facing crippling internal struggle within his group of Activists at once.  Seen arriving tonight quietly also was Simon Halls, Bomer‘s Husband of three years.

Bomer tells me that he got much of his education about AIDS as a 14-year-old reading the original Play on which this Film is based. “It infuriated me growing-up in suburban Texas that nobody was doing anything about it”, he remembers. “I would’ve been honoured to tell this Story on on any medium.  The fact that we’re doing it for HBO just compounds the experience.”.

On building a passionate chemistry with Co-Star Mark Ruffalo, he has some high praise for his on-screen Lover. “Mark is just a consummate Professional and an incredible Man. We knew we had an unlimited amount of time to spend together so we kinda tried to just stay in character”, he states. “Thanks to him – I couldn’t have done it without him. He brought so much into it every day that he inspired me to do better.”.

The 24th edition of one of the World’s top LGBT Film Festivals reached a high point this year with much attention shined on the Festival in its securing an exclusive Premiere billing for the Marquee Title, The Normal Heart. On its steady ascension from a grassroots Film Festival to its lucrative partnership with TIFF, Andrew Murphy and Scott Ferguson of Inside Out explain, “It was an evolution.  It evolved as Queer Film evolved.  We’re lucky to have passionate people involved who are willing to fight for Queer Film.”.  Expect the partnership to flourish this Summer as Toronto celebrates World Pride with several Installations, Artist Talks and Screenings planned.

Olympic Gold Medalist Swimmer, Author and Philanthropist Mark Tewksbury we learned has actively been involved as the Spokesperson CANFAR, which in its 27 active years has raised more than $15 million for AIDS/HIV research. This of course isn’t the first time the Organization has attached its name to a cinematic partnership. Last fall, they had organized a Charity Screening of Dallas Buyers Club, which would go on to win multiple Academy Awards.  CANFAR‘s Chris Bunting stresses the importance of partnering with a high-profile Event such as this. “They think because people are living longer, the issue has gone away. This is an opportunity for a mass audience to see a very important Film and to re-engage in discussions”, states Bunting.

(Special thanks to Wongster Maria for helping Snap the above Pic!)

Now in its 24th year, the Inside Out Festival is set to take place in Toronto later this month. The Launch Party for the annual Fixture was held at The Burroughes Building tonight on Queen Street West, bringing together a Who’s-Who in the Toronto LGBT Community.  Inside Out is expected to draw 35k people out to its Screenings, Panels,  Installations, Artist Discussions and more and is known widely as one of the top five LGBT Film Festivals in the World.  Over 200 Movies and Videos are expected to be screened this year.

Receiving much attention is Director Ira Sach‘s Love is Strange, which stars a stellar Cast including John Lithgow, Alfred Molina, Marisa Tomei and more, centering around two Men who decide to tie the knot.  Things go awry when one of them loses his job when their marriage is uncovered and soon they lose their home, forcing them to live separately.  The Film has the distinction of being the Festival’s Centerpiece Gala.

Many will be thrilled that HBO‘s AIDS Drama A Normal Heart starring Matt Bomer, Taylor Kitsch, Jim Parsons, Mark Ruffalo, Alfred Molina and Julia Roberts.  Bomer, known best for his work on Series White Collar,  is confirmed to be in attendance to present the Film at the Festival.

The Way He  Looks from Brazil, earns the spot of Opening Night Gala.  The Award-winning Film from Director Daniel Ribeiro is about a blind Teen Boy struggling to break free from his protective Family and Friends.

Many eyes also will be on Yves Saint Laurent, the Biopic about the revered French Fashion Designer.  The Film was just added to Inside Out‘s Lineup.

Documentary The Dog offers insight on John Wojtowicz, who attempted to rob a Brooklyn bank in order to fund his Male Lover’s Sex Change,  is garnering a significant amount of buzz, as is Matthew Shepard is a Friend of Mine, exploring further the tragic death a Male Student attacked and tortured because he was gay.

Acclaimed Tom at the Farm by Auteur Filmmaker/Actor Xavier Dolan, a major presence at the Canadian Screen Awards earlier this year, also will be screened at the Inside Out Festival.

More details here on how to get Tickets and the official Festival Schedule.

a normal heart inside out LGBTQ matt bomer