#SPOTTED: LADY ANTEBELLUM IN TORONTO FOR “747”

In just six years, Country Music Trio Lady Antebellum have sold-out Arenas around the World and still have managed to sell over 10 million Albums and 12 million Singles in an era of decreased record buying.

The seven-time GRAMMY-winning group are in Toronto promoting their new Disc 747, their fifth effort to date. Members Charles Kelley, Hillary Scott and Dave Haywood have a busy day ahead promoting to Country Radio Stations primarily, but they did stop off at Global Television‘s The Morning Show (National Edition) for an appearance. The Trio, which have been to the City multiple times in recent years to promote Albums Own the Night and Golden. We are thrilled we got our chance at a Group Photo finally after many years of hoping for one! Although Kelley usually is the most accessible one, Scott and Haywood were all smiles today taking a moment to thank Fans.

They’re going for gold! Grammy-winning Country Sensations Lady Antebellum are in Toronto promoting their third Studio Disc, Golden and yesterday Fans at Yonge & Dundas Square were gifted with a free hour-long Show sponsored  by 98.1 CHFI  and La-Z-Boy Furniture Galleries, performing a mix of their Hits and brand new Material.

Maximizing their time here, the Trio also appeared earlier today on City‘s Breakfast Television, followed by a taping of Cityline, but in an unusual move, they exited through a seldom-used hidden exit at the Venue.  Some are saying the move was done to shield Co-Vocalist Hillary Scott, who currently is seven-months pregnant.  Charles Kelley, however stepped-up to the plate signing Autographs and taking Photos for Fans, who waited patiently for at least four hours. Dave Haywood (Pianos, Backing Vocals, Guitar) also snuck into his Suburban, shared with Kelley.  See Lady Antebellum on Breakfast Television here.

See some short Clips I captured of them exiting earlier:

In the meantime, check-out their newest Single, Goodbye Town:

See my Snap with Kelley below: 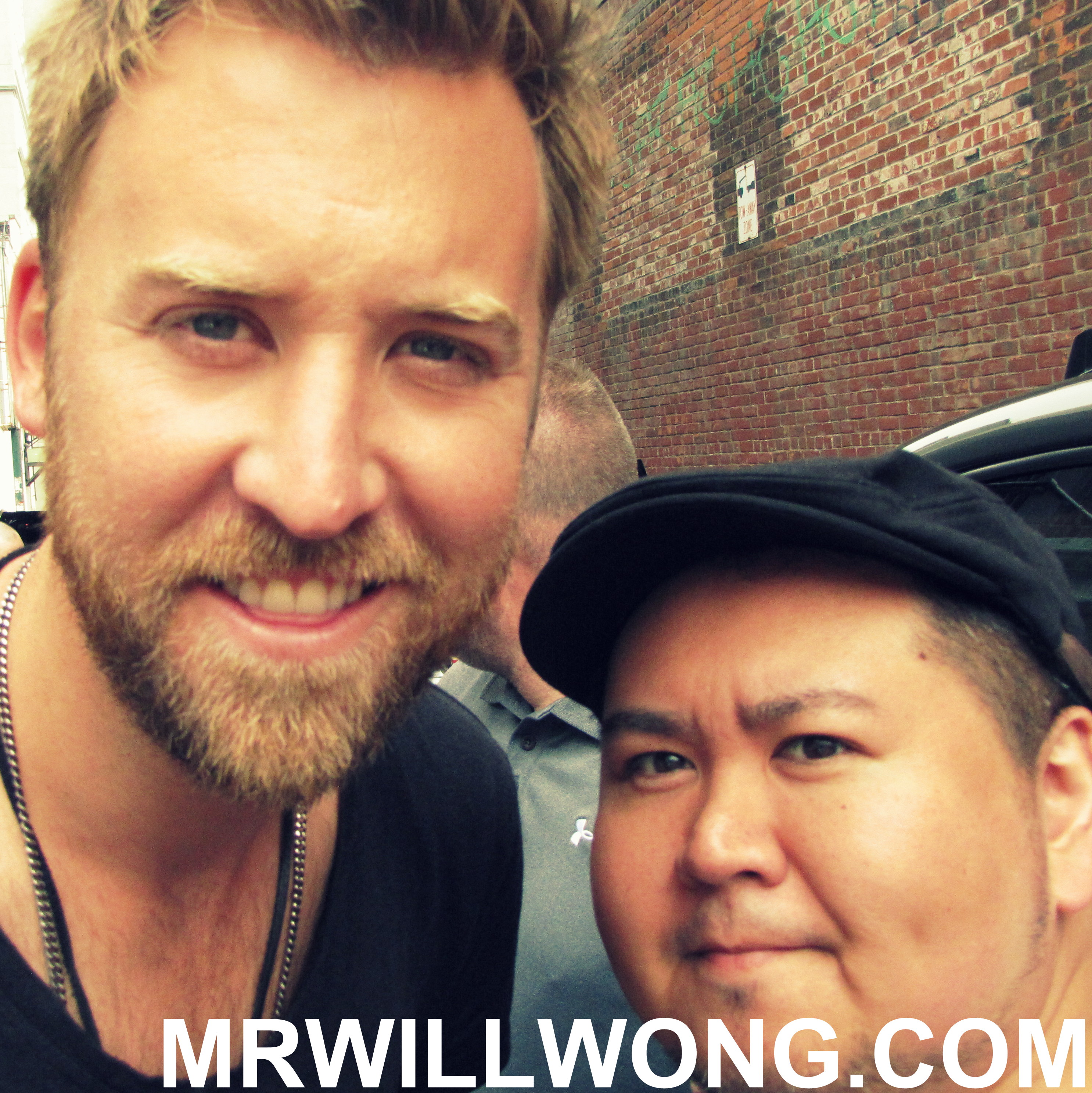