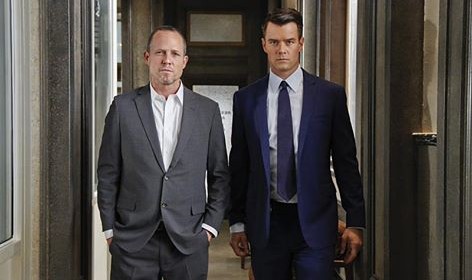 “It’s strange not sitting in a Toyota Camry this time around”, Actor-turned-Associate Director of the White House Office of Public Engagement, Kal Penn tells a room of Journalists. “Wait, did you just say Cam-er-ry in three syllables?”, asks Co-star John Cho. “Well, I inserted it (the extra syllable) and we can’t go back!”, Penn snaps back quickly. Such is the playful banter and stuff of Chemistry which has made a hit out of the Duo’s $64-million grossing Stoner-Comedy franchise, Harold & Kumar. The two Actors spoke to a few Journalists on their Toronto Press Tour for upcoming A Very Harold & Kumar 3D Christmas, directed by Todd Strauss-Schulson.
In this latest chapter, we see these two Buddies reuniting after having grown apart for a few years. Harold (Cho) has become a Family-focused Businessman, out to impress his intimidating Father-in-Law (Danny Trejo). Kumar is on the verge of being dumped by long-time Girlfriend Vanessa (Danneel Ackles) because of his underachieving ways, which often have him content at home on his couch smoking Pot. With the sudden arrival of a mysterious package at his door over the Holidays addressed to none other than Harold, Kumar is forced to get off his couch and reunite with his long-absent Friend again. One minor thing though. Accidentally, Kumar sets the treasured Christmas Tree on-fire. The same Tree which Harold was given the mandate to decorate. Together, old Friends Harold & Kumar and new – Adrian (Amir Blumenfeld) and Todd (Thomas Lennon) – go on a wild chase to find a replacement a Tree on Christmas Eve, proving ultimately that Harold is a competent Son-in-Law. Easy, right?
harold & kumar john cho kal penn