#SPOTTED: JUSTIN TRUDEAU IN TORONTO AT “THE MORNING SHOW”

He might be in the running in the face to be Canada’s next Prime Minister, but Justin Trudeau sure seems to have a lot on his mind – so much that he almost ran-off with a Mic!  The alluring and charismatic 41-year-old made an appearance earlier today at Global Television‘s The Morning Show (National Edition) earlier today and following his visit, he was greeted by Supporters outside the Studio, stopping to sign some Autographs and snap some Pics.  Dressed casual in jeans and a patriotic Canada Goose Jacket, he was more than friendly and gracious to his Fans.

Right before he head off, a relieved Producer from the Show, Mackay Taggart, caught Trudeau in the nick of time to retrieve back a Mic which he was wired-up to, laughing it all off.  Mistakenly, the potential Federal Leader of the Liberal Party, called the Show Breakfast Television!  Dude, there’s a difference!

In an interesting tidbit of information, Forum Research recently conducted a Survey asking Canadians whether or not they felt the Son of former Prime Minister Pierre Trudeau was fit to be a Prime Minister and a majority 48% of Respondents vote said “yes”, 37% said “no”, while 16% were undecided.

The Liberal Party Leadership will be decided on Sunday, April 14, 2013, with Trudeau expected to win handily.

See my Snap with Trudeau below: 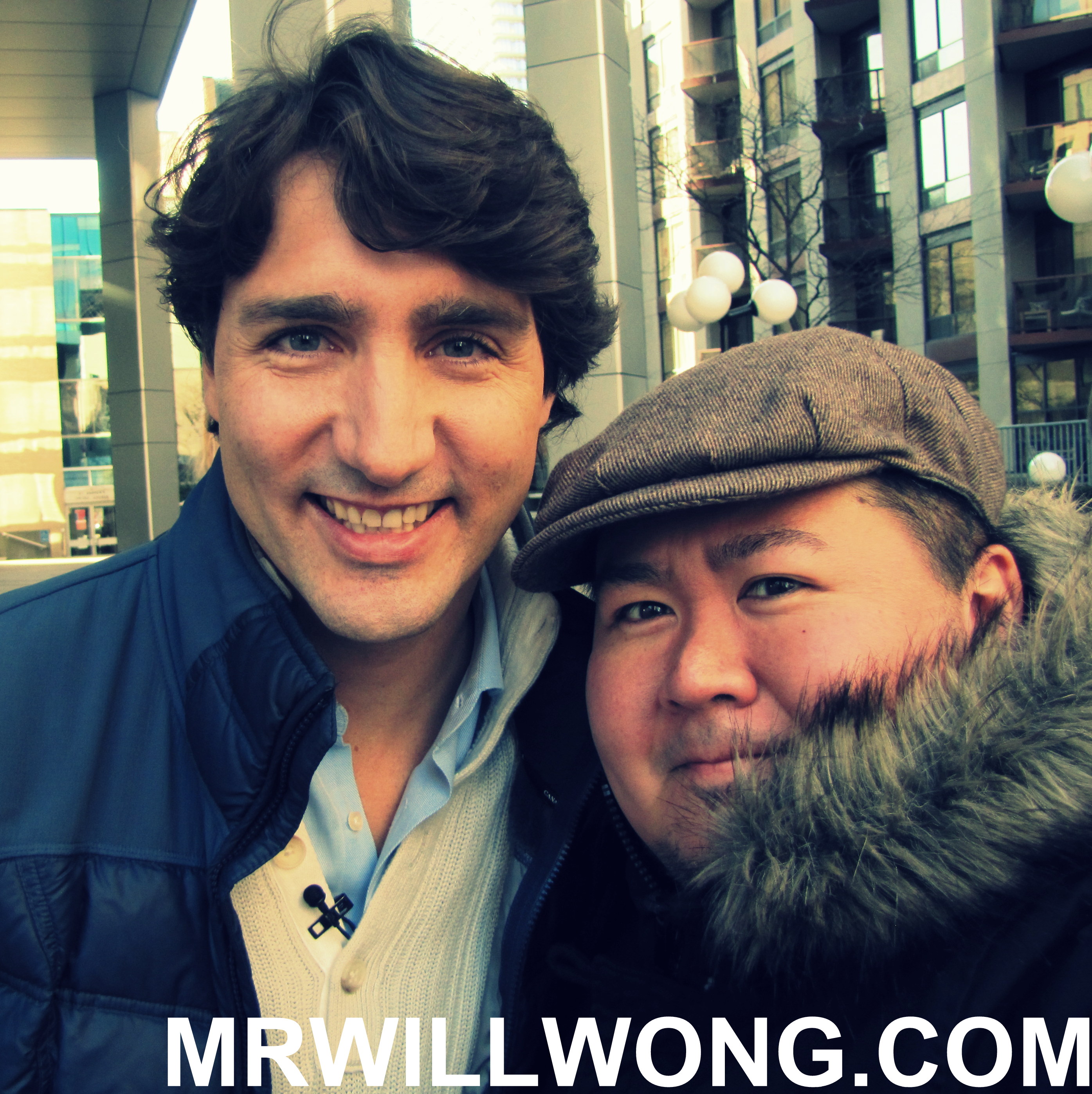