#BOXOFFICE: “GUARDIANS OF THE GALAXY” INDESTRUCTIBLE AT THE BOX OFFICE

There was no stopping GUARDIANS OF THE GALAXY from achieving its ultimate destiny of being a smash success for Marvel.  The Blockbuster demolishes the competition with a stunning $94 million in its debut from 4,080 theatres. Audiences and Critics alike have raves for the Action-Fantasy Comic Adaptations starring Chris Pratt, garnering an A CinemaScore and 92% on the Tomatometer. This opening makes it the third highest ever for a Superhero Franchise behind Spider-Man and Iron-Man.

Lucy in its second week still is going strong for Universal Pictures.  After debuting on-top last weekend, it slips to second spot with $15 million, nearing the $80-million mark domestically.

Opening in third is James Brown Biopic, Get on Up for Universal Pictures also. The Musical-Drama opens with $14.7 million from 2,468 theatres. Reviews for the Film are strong with 72% on the Tomatometer and also an A CinemaScore from Audiences.  Keep a tab on star Chadwick Boseman who starred in last year’s Jackie Robinson Biopic 42.

Hercules slips to fourth spot with $10.6 million in its second week out for Paramount Pictures, just surpassing the $50-million mark.

Dawn of the Planet of the Apes, a former Champ, finds itself in fifth spot this weekend with $8.4 million in its fourth week out.

A Most Wanted Man is comfortably in its bubbling-under status for eOne Films and RSA Films with $3.1 million grossed. In two weeks, it has made $6.5 million across North America from 729 theatres.

Rounding things out is And So It Goes with $3 million earned this weekend in its second week for VVS Films/Clarius. 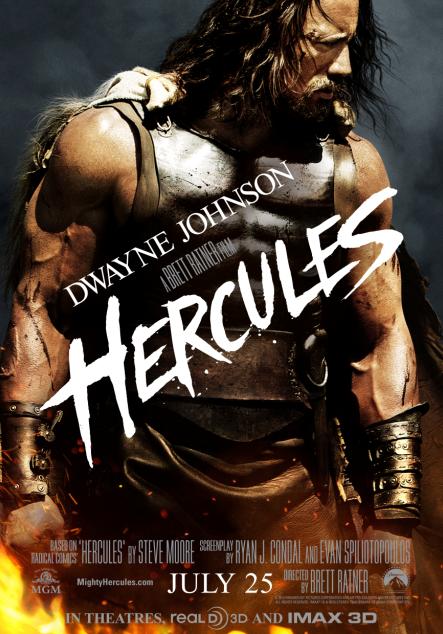