Ghost in the Shell

#BOXOFFICE: “THE BOSS BABY” TAKES THE TOP OF THE BOX OFFICE LIKE A BAWSE

THE BOSS BABY surpasses all expectations this weekend to overtake the #1 position at the Box Office this weekend across North America. It earns $51.6 million in its debut for 20th Century Fox from 3,773 theatres. Despite only a 48% from Critics on the Tomatometer, it gets an A- CinemaScore from Audiences.

In second after two weeks on-top is BEAUTY AND THE BEAST with $48.6 million from 4,210 theatres for Disney. It is just shy of the $400-million-mark domestically and should surpass that by Monday/Tuesday.

GHOST IN THE SHELL debuts in third with $20.3 million from 3,440 theatres for Paramount Pictures. Critics gave the anime/manga adaptation a 42% on the Tomatometer and it gets a B CinemaScore.

POWER RANGERS in its second week out garners $13.6 million from 3,693 theatres for Lionsgate Films/eOne Films. It has made $64 million over two weeks.

GET OUT still is performing well in seventh with $6 million now in its sixth week out. It has made a healthy $157 million thus far for Universal Pictures.

THE ZOOKEEPER’S WIFE rounds-out the Top Ten with $3.2 million from 541 theatres only for Focus Features/Elevation Pictures. Critics gave it a 73% on the Tomatometer.

#GIVEAWAY: ENTER TO WIN ADVANCE PASSES TO SEE “GHOST IN THE SHELL”

Synopsis:
In the near future, Major (Scarlett Johansson) is the first of her kind:  A human saved from a terrible crash, who is cyber-enhanced to be a perfect soldier devoted to stopping the world’s most dangerous criminals. When terrorism reaches a new level that includes the ability to hack into people’s minds and control them, Major is uniquely qualified to stop it. As she prepares to face a new enemy, Major discovers that she has been lied to:  her life was not saved, it was stolen. She will stop at nothing to recover her past, find out who did this to her and stop them before they do it to others. Based on the internationally acclaimed Japanese Manga, “The Ghost in the Shell.”. 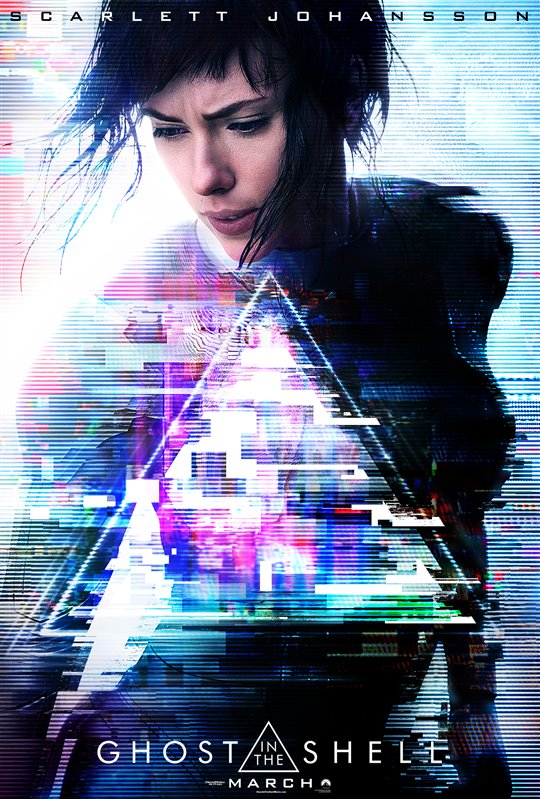 Ghost in the Shell scarlett johansson

Everything they told her was a lie.

Check out this first look at the new Trailer for GHOST IN THE SHELL, to premiere in the Big Game this Sunday!