The legacy of Anne of Green Gables is unparalleled. With over 50 million copies of Lucy Montgomery‘s novel being sold and fans spanning the globe, CBC is ready to unveil a new seven-episode television adaptation of the beloved story, known simply as ANNE. Its sights are set high working with a substantial budget, comparable to that of a U.S. cable television series (and it certainly looks it), and it already has secured global distribution via leading internet television service Netflix. Acclaimed Filmmaker Niki Caro (Whale Rider, McFarland, USA) signed-on to direct the two-hour premiere. Fans old and new can expect this to be a darker take, exploring deeper some of the aspects of the story previous Films and Mini-Series had not, speaking to an audience of now.

At the center of it all is fresh-faced and well-spoken 15-year-old actress Amybeth McNulty whom while being part-Canadian (her mother is from Calgary), resides in and is home-schooled in Ireland. McNulty, whose background primarily has been in theatre, starred in 2016 Thriller Morgan as the ten-year-old version of the titular character. She takes on the ambitious task in Anne of portraying the iconic talkative red-haired orphan and does so more than ably.

We sit down and chat with McNulty at the CBC Headquarters coincidentally on St. Patrick’s Day, about becoming Anne and winning the coveted role over 1,800 young actresses in an international search just last year. On what we can expect from the Series, she tells us “It really shows a lot more of her abuse and the trauma. It shows with full brutal honesty what she and a lot of orphans went through back then.”.

McNulty, who actually is a natural blonde, tells us about filming in P.E.I. where the story is set in the late 1800s. “I live in Ireland myself, so it reminds me a lot of Ireland with its rolling hills and those beautiful cliffsides.”. She even went to the actual Anne of Green Gables Store (it actually exists!) and shares an awkward but humorous anecdote. “I went down to the Anne shop when I had just got my red hair done and the people there were like, ‘Oh, you’d make a great Anne!’ she laughs. “And I was like ‘thank you’ and then I just quickly left!”.

While being a huge fan of Lucy Maud Montgomery‘s books, the Series’ source material, she admits never to having watched the previous Mini-Series and Films which followed. “It wasn’t really a conscious decision”, she says. “I didn’t really want to be affected. I wanted my portrayal really to come from me and Moira (Walley-Beckett, Series Writer) and the rest of the team.”.

Spending much of her spare time dancing and singing, working on Anne also has taught McNulty a thing or two about filmmaking, developing her own YouTube channel, chronicling her life and travels.  “I learned a lot about filming and editing through the crew and I use it in filming vlogs.”. Check it out here.

“I think anyone living in P.E.I. is going to be very proud of their hometown and how beautiful it looks”, McNulty leaves us on a parting note as she gets ready to head out to do a live hit on TV downstairs – a face that soon will be familiar around the world. 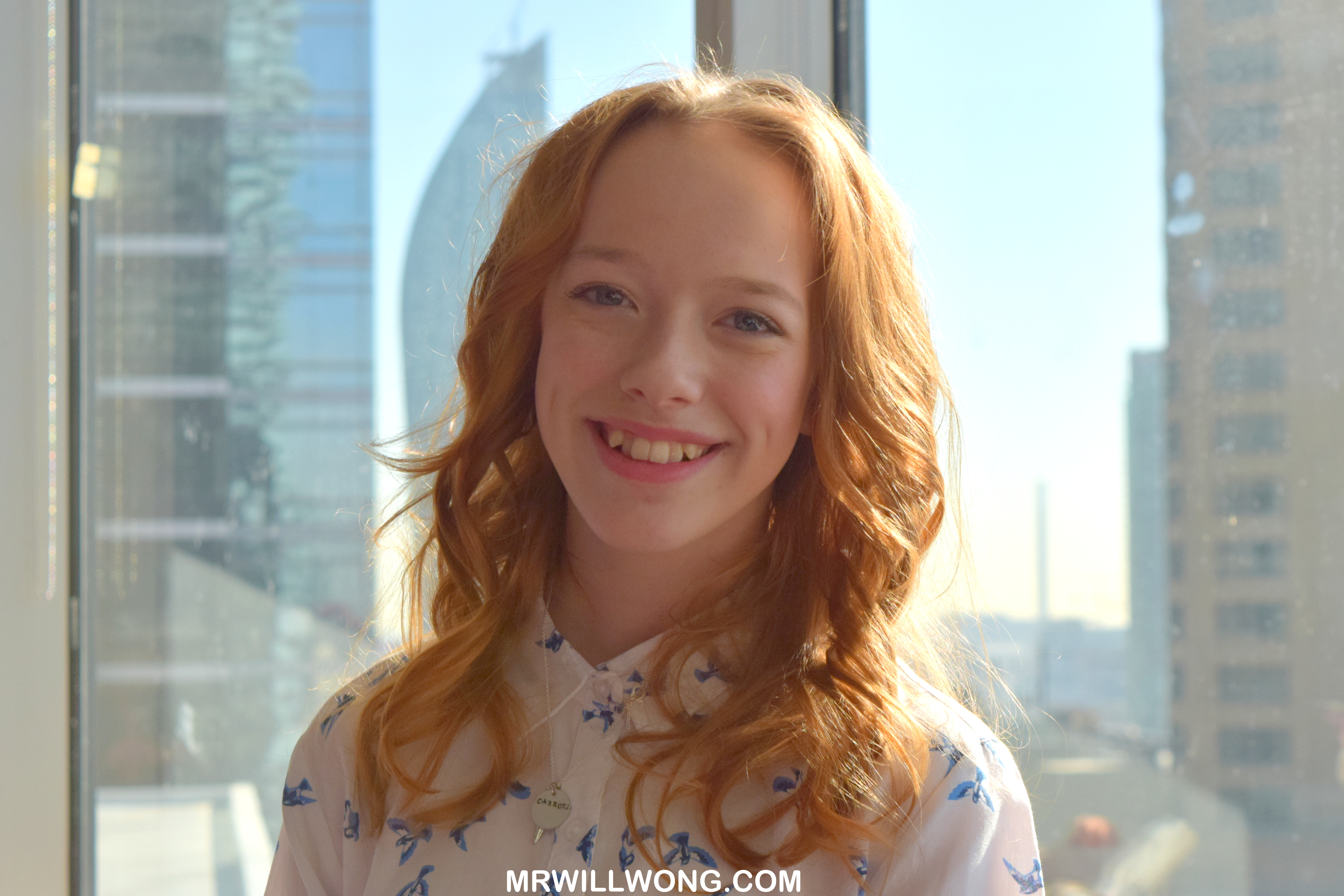 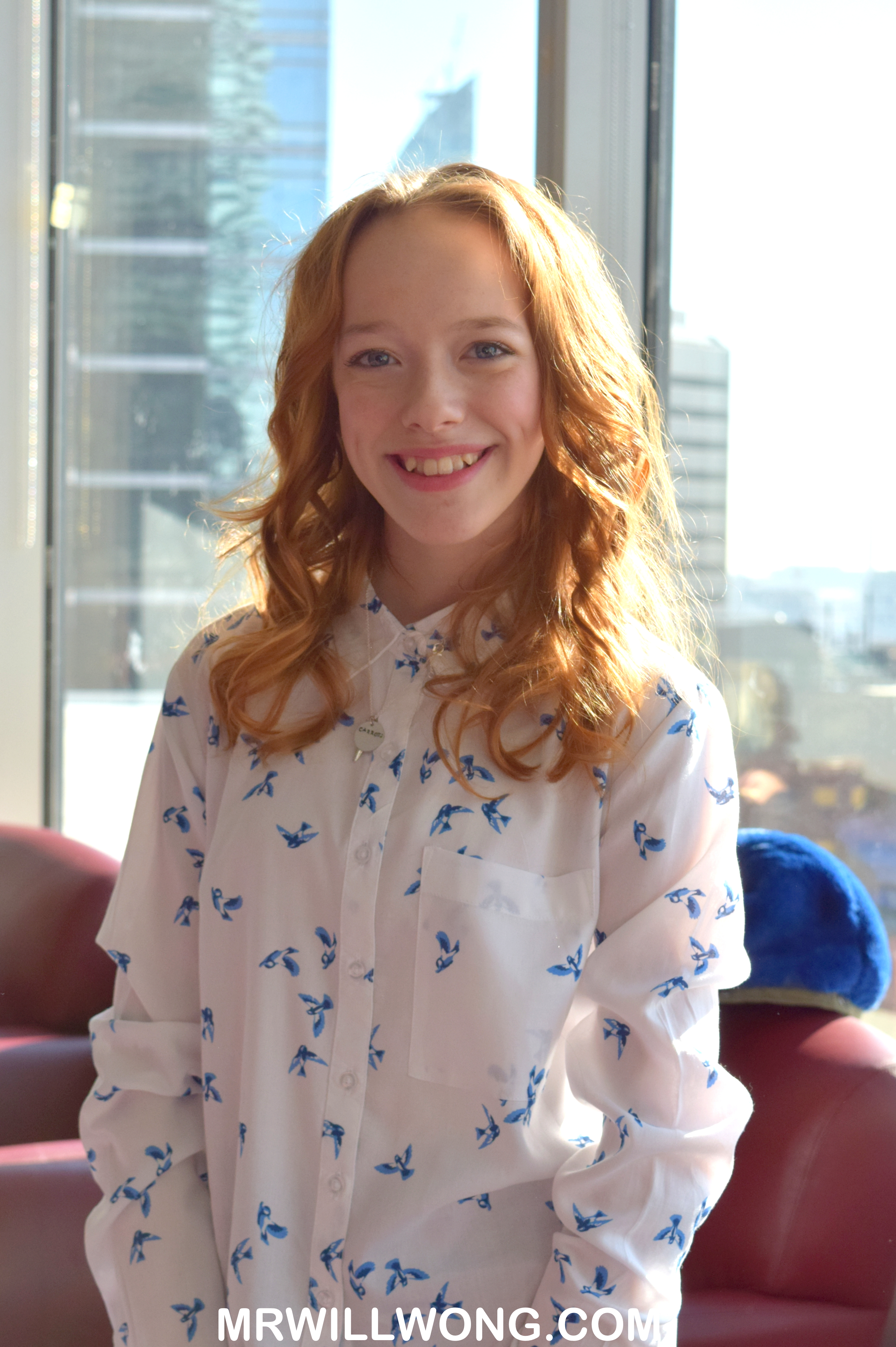 CBC premieres ANNE Sunday, March 19, 2017 at 8 PM. It streams globally on Netflix this May.