With its release only a week away, Greta Gerwig (Arthur, Damsels in Distress) and Noah Baumbach (Kicking and Screaming, The Squid and the Whale) returned to the City where they debuted their latest Collaboration Frances Ha, once again.  After drawing raves at TIFF last September, the Duo are here for a couple days of Press for the charming Dramedy about a 27-year-old Dance Company Apprentice whose world unravels after her Best Friend moves out of their apartment.  This leaves Frances (Gerwig)  on her own to figure out who she really is and what she will do with her life.

Several lucky Fans including Mr. Will Wong Readers, got a chance to see the Film tonight at a special Advance Screening held at Varsity Cinemas, attended by Gerwig and Baumbach. Due to overwhelming demand resulting in exceeded capacity, some had to be offered passes to an additional Screening of the Film next week. Those lucky enough to get in however, had a chance to chat with the Duo whom co-wrote the Film together afterwards, as they discussed their creative process.  One aspiring Actress was ecstatic after  jokingly being extended an offer by Baumbach to crash on his  couch  when she moves to New York City!  Now that’s hospitality!

One Reader, Bruce Gibbons Tweets me, “They’re absolutely adorable!”, while Diana DiFrancesco raves, “Frances Ha is wonderful!  Everyone should go see it!”.  Another Reader Addison Wylie commented, “Frances Ha is a very Frenchy black-and-white episode of Girls, but it’s much more than that”, and Matt Hoffman also praises it, saying “Noah Baumbach is at his best in another great, quirky Comedy starring the lovely Greta Gerwig”.

Gerwig drew a crowd of Fans outside the theatre and was lovely to stop for a few Photos, with a few lucky enough to get a Snap!  Special thanks to the Readers who were kind enough to send along their Photos! 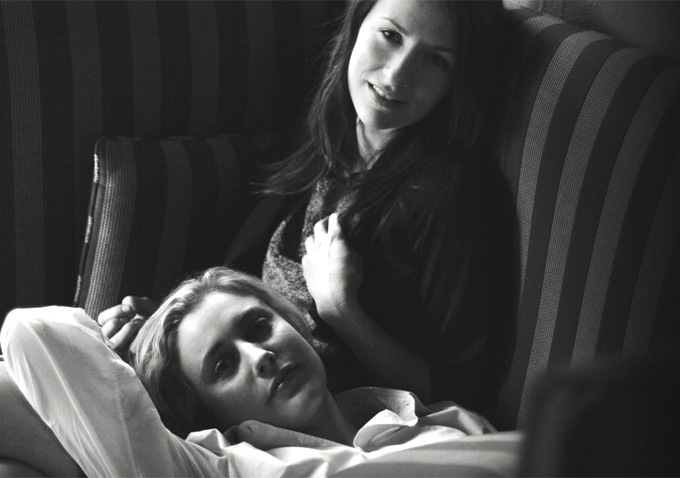