DUMBO flies in its debut for Disney, taking-in $44 million from 4,259 theatres. The live-action Adaptation of the animated classic, gets 51% on the Tomatometer and and A- CinemaScore.

US slips to second spot with $33.6 million in its second week, still performing brilliantly. Over two weeks, the Jordan Peele Horror makes $128.2 million for Universal Pictures.

CAPTAIN MARVEL lands in third with $20.2 million for Disney, a total $353.5 million over four weeks.

FIVE FEET APART is in fourth with $6.3 million, a total $35.9 million over three weeks for CBS Films/eOne Films.

HOTEL MUMBAI expands to 924 theatres for Bleecker Street Films/VVS Films, with $3.4 million. The TIFF ’18 selection gets 74% on the Tomatometer.

THE BEACH BUM opens in tenth with $1.8 million from 1,015 theatres for NEON/VVS Films. The Matthew McConaughey starrer which just premiered at SXSW, gets 50% on the Tomatometer.

For a second straight week CAPTAIN MARVEL dictates the Box Office, taking top spot with $69.7 million from 4,310 theatres for Disney. This brings its two week tally in North America to $266.6 million.

WONDER PARK lands in second with $16.7 million from 3,838 theatres for Paramount Pictures. The Animated Feature gets 29% on the Tomatometer and a B+ CinemaScore.

Teen Romance FIVE FEET APART opens in third with $13.3 million for CBS Films/eOne Films from 2,803 theatres. It gets 53% on the Tomatometer and an A CinemaScore.

NO MANCHES FRIDA 2 debuts with $4.2 million from 472 theatres for Sony Screen Gems, placing it sixth in its debut.

CAPTIVE STATE opens in seventh with $3.1 million from 2,548 theatres for Focus Features/Universal Pictures. It gets 47% on the Tomatometer and a C- CinemaScore.

GREEN BOOK rounds the Top Ten with $1.3 million in its 18th week out for Universal Pictures, a total $82.6 million grossed across North America for the Best Picture winner.

Screenings are as follows:

Stella Grant (Haley Lu Richardson) is every bit a seventeen-year-old: she’s attached to her laptop and loves her best friends. But unlike most teenagers, she spends much of her time living in a hospital as a cystic fibrosis patient. Her life is full of routines, boundaries and self-control — all of which is put to the test when she meets an impossibly charming fellow CF patient named Will Newman (Cole Sprouse).

There’s an instant flirtation, though restrictions dictate that they must maintain a safe distance between them. As their connection intensifies, so does the temptation to throw the rules out the window and embrace that attraction. Further complicating matters is Will’s potentially dangerous rebellion against his ongoing medical treatment. Stella gradually inspires Will to live life to the fullest, but can she ultimately save the person she loves when even a single touch is off limits? 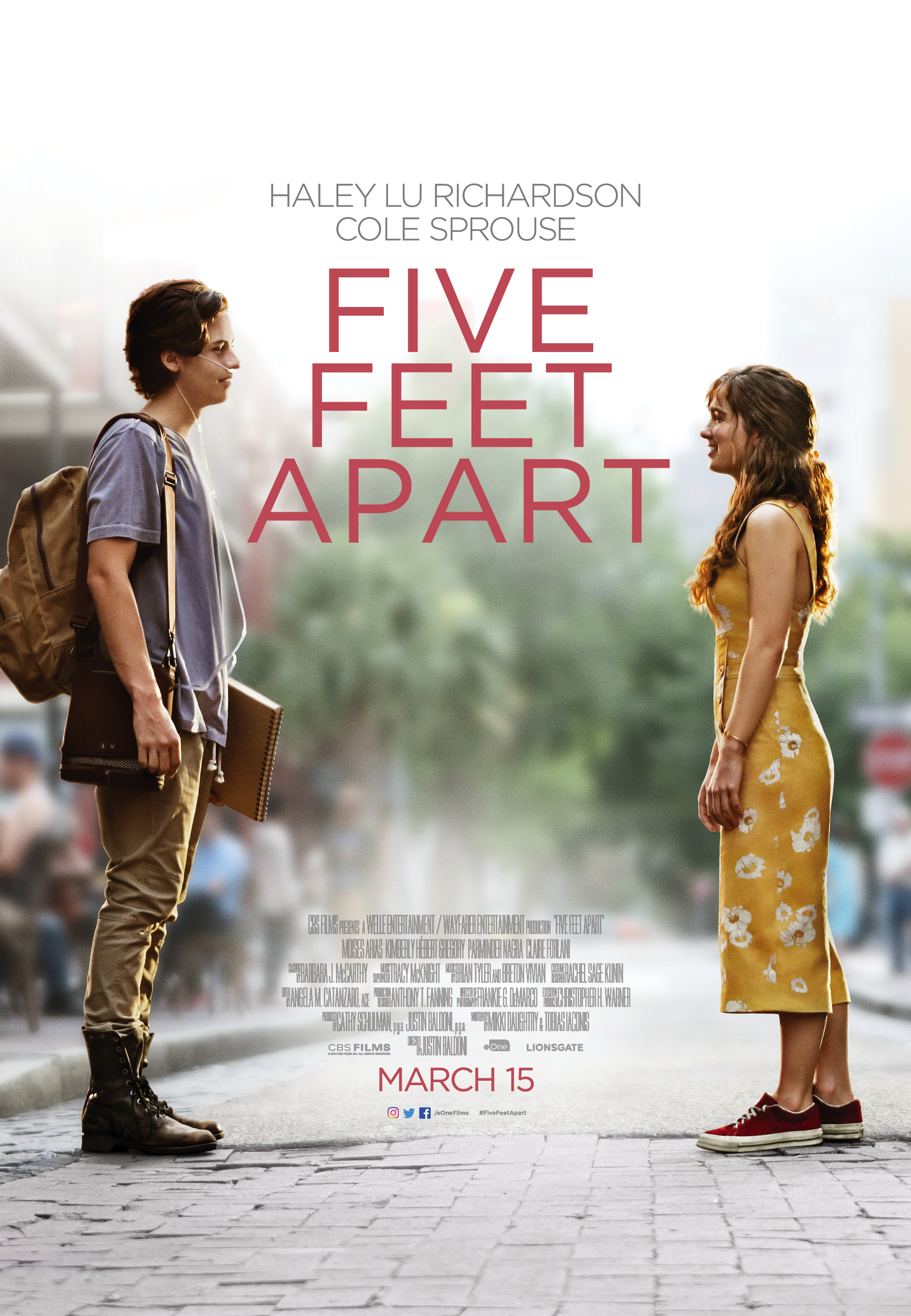