Karyn Kusama’s fifth Feature may be one of the strongest ones yet. Destroyer is a powerful female-driven detective Crime-Thriller amplified by Kidman’s incredible performance. The Movie switches between the past and present effortlessly, delivering one incredible and shocking ending as well.

The Movie focuses on Erin (Nicole Kidman) as she enters a crime scene that ties back to her undercover days, where she is now determined to bring in the crime boss she tried taking down Silas (Toby Kebbell). While the story is compelling and captivating, the performance from Nicole Kidmashow-stopping and arguably one of her best performances to date. TIFF is known for Oscar movies, and Destroyer, especially Kidman’s performance, may be in serious talk come February.

With tickets now being on sale at TIFF ’18, Team Mr. Will come together to give you a few of what we anticipate will be great at the Festival! Check-out our Picpicks!

BEAUTIFUL BOY: A tragic story of how drug addiction affects a family, will this be the movie that gives Timothée Chalamet the Oscar he richly deserved to get last year?

A MILLION LITTLE PIECES: Aaron Taylor-Johnson (Nocturnal Animals) reunites with Director Sam Taylor-Johnson after their brilliant collaboration with Nowhere Man, this movie could be the Feel-Bad Movie of the Year with a rocking Soundtrack.

FIRST MAN: Director Damien Chazelle does not disappoint and this Biopic on astronaut Neil Armstrong (played by Ryan Gosling) could be his winning Trifecta.

THE OLD MAN AND THE GUN: When Robert Redford announced that this would be his last movie as an actor, how can anyone not want to see his swan song?

WIDOWS – Strong female leads and a unique story make this a must-see on anybody’s list.

FIRST MAN – Ryan Gosling and Damien Chazelle are back with a new take on a familiar story.

FAHRENHEIT 11/9 – Michael Moore loves bringing his films to Toronto and this modern sequel to his award winning Fahrenheit 9/11 has been much anticipated for years.

EVERYBODY KNOWS – You can’t go wrong with this cast and this Director.

THE EXTRAORDINARY JOURNEY OF CELESTE GARCIA – Without giving too much away – my sleeper pick of the Festival is sure to be a favourite with both foreign film and Sci-Fi fans.

THE OLD MAN & THE GUN: Robert Redford is a bonafide legend. If rumours are to be believed and thus his final film, let’s see what the legend has in for us.

FIRST MAN: Damien Chazelle. Ryan Gosling. Space. IMAX. I’m so incredibly excited for this title. Chazelle has yet to disappoint and early reviews out of Venice say this is another hit.

RED JOAN: Judi Dench playing a KGB British spy. Is there anything else that needs to be said?

MID90s: Everything A24 has put out that I’ve seen, I’ve adored. Now Jonah Hill is making a movie about the 90s. Yeah, I’m sold.

HOLD THE DARK: Jeremy Saulnier can do no wrong. Green Room. Blue Ruin. I’m ready for this movie to be projected into my eyeballs Clockwork Orange style.

DAVID BALDWIN
While I lament the loss of dream picks The Favorite and Suspiria, I must admit that this year’s crop of films at TIFF has a little bit of something for everyone. Here are my top must-sees:

A STAR IS BORN — the hype for this one has been off the charts for well over a year, and it just keeps building. Bradley Cooper’s debut behind the camera and a supposedly towering leading performance from Lady Gaga makes this one of this year’s hottest tickets, and you better believe I’m doing everything I can to see it.

FIRST MAN — I’ve gone 2/2 with Damien Chazelle, going in blind and absolutely adoring both Whiplash and La La Land. I can only hope I’ll go 3/3 with this one. And while it still stings that Ryan Gosling turned me down for a selfie the last time he was here, he still can do no wrong in my books.

HALLOWEEN — I’m still more curious than I am excited about this “Sequel” to the legendary Horror Film, mostly because Danny McBride is co-writing and they managed to bring Scream Queen Jamie Lee Curtis back for another round against Michael Myers. But with the involvement of original Director John Carpenter and producing credits from Blumhouse, they may just end up creating a new bonafide classic.

CLIMAX — Gaspar Noé never fails to shock and impress, so forgive me when I say the sounds of a 90 minute LSD trip of a film sounds like an absolutely wicked time at the Movies. It may prove to be challenging to schedule, but after the head trips provided by Love and Enter the Void, I’m willing to move heaven and earth to see what he’s cooked-u next.

HOLD THE DARK — Jeremy Saulnier is one of the best up and coming Directors in genre filmmaking right now, and his latest film sounds like his most thrilling and brutal entry yet. This one hits Netflix in a few weeks, but being able to see it on a big screen is too great an opportunity to pass up. Especially when the Cast includes Jeffrey Wright, Riley Keough and Alexander Skarsgård.

DIAMANTINO: a soccer player stumbles through the surreal in an effort to redeem himself.

LEGEND OF THE DEMON CAT: an Emperor is possessed and an odd couple seek out the demon.

RAFIKI: a pair of star-crossed lovers must face a world who hates and fears them.

SCREWBALL: Baseball’s doping secrets are drudged up in this hilarious Documentary.

A STAR IS BORN: Before this Film screened at Venice, reviews got released stating it’s a near-perfect Film. Plus the combination of Lady Gaga and Bradley Cooper should not be missed.

BEAUTIFUL BOY: Right from the Trailer being released this looked like a special Family Drama with yet another flawless performance from Timothée Chalamet.

WILD ROSE: This is a passionate music drama Film that will have you feeling every emotion. It also cements the fact that Jessie Buckley is a chameleon.

MONSTERS AND MEN: This Film about a police shooting of a black man told from three different perspectives is not only a must see because it’s timely, it also received a tone of buzz coming out of Sundance.

WILDLIFE: Paul Dano‘s directorial debut about a boy watching his parents marriage fall apart is both heartbreaking yet hauntingly beautiful with a tour-de-force performance from Carey Mulligan.

A STAR IS BORN: All this buzz can’t be wrong. I love when Film meets Music, my two greatest loves.

BEAUTIFUL BOY: So ready to be Chalametized!

FIRST MAN: I love Ryan Gosling. Could it finally be his year? Him + Director Damien Chazelle are perfect together.

THE HATE U GIVE: This is all looking like all sorts of yes. Never read the book, but ready for Amandla Stenberg to school me.

DESTROYER: Nicole rarely disappoints. So ready to get ‘destroyed’.

Don’t forget to be following Team Mr. Will also:

Tickets are on sale now here! 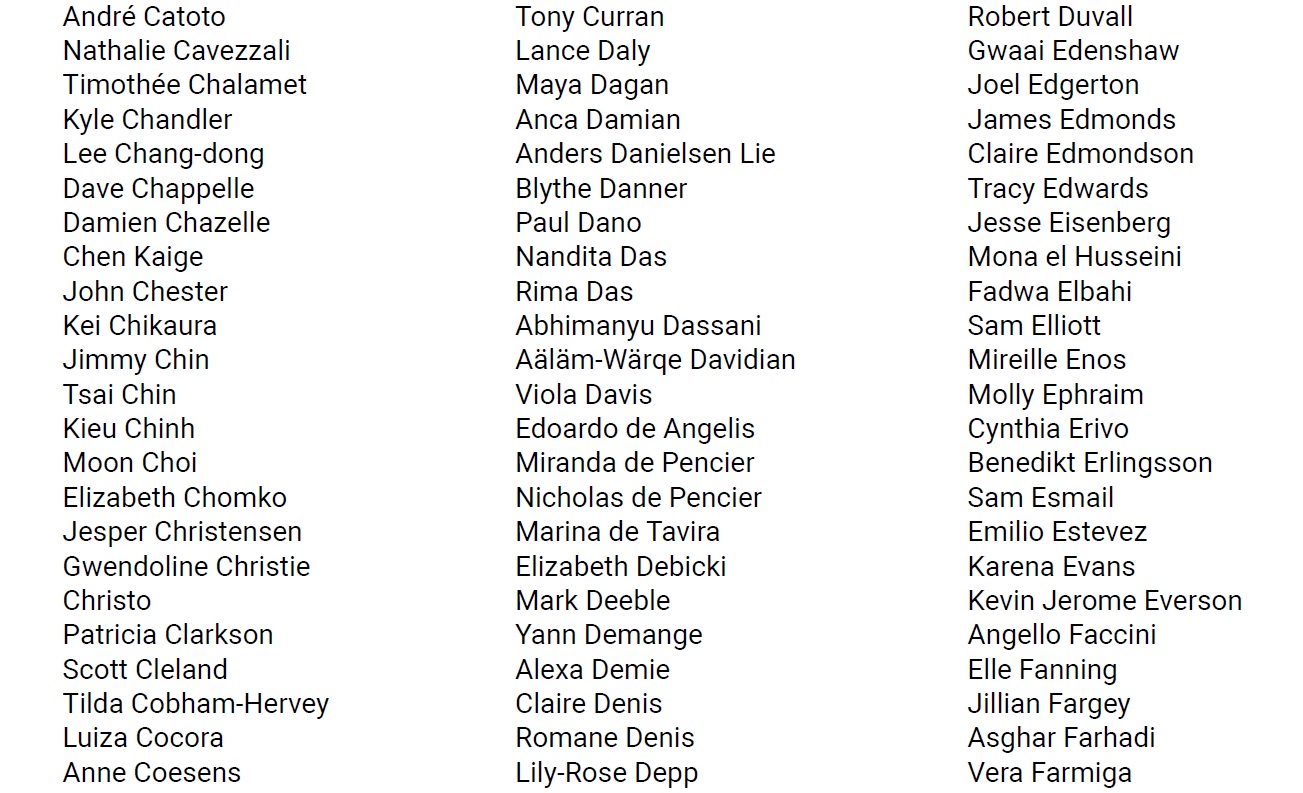 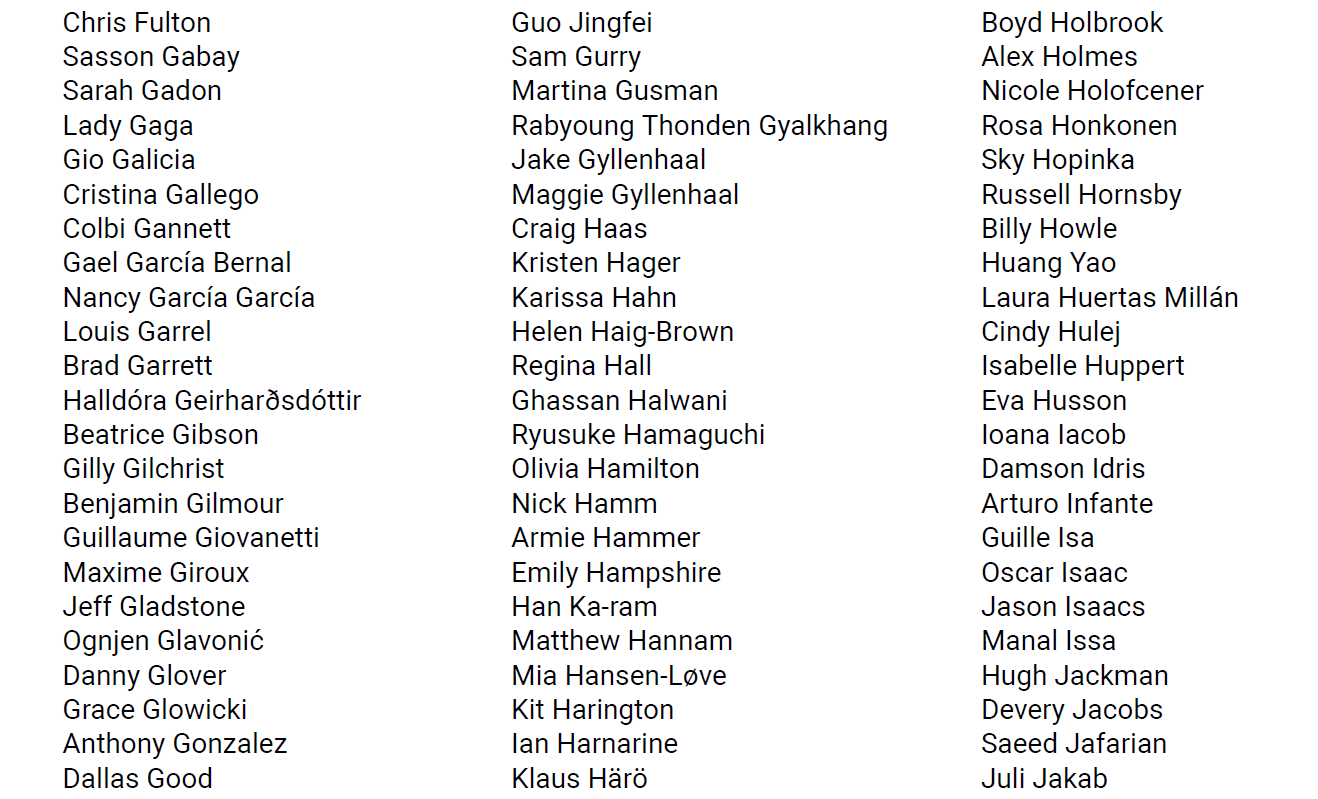 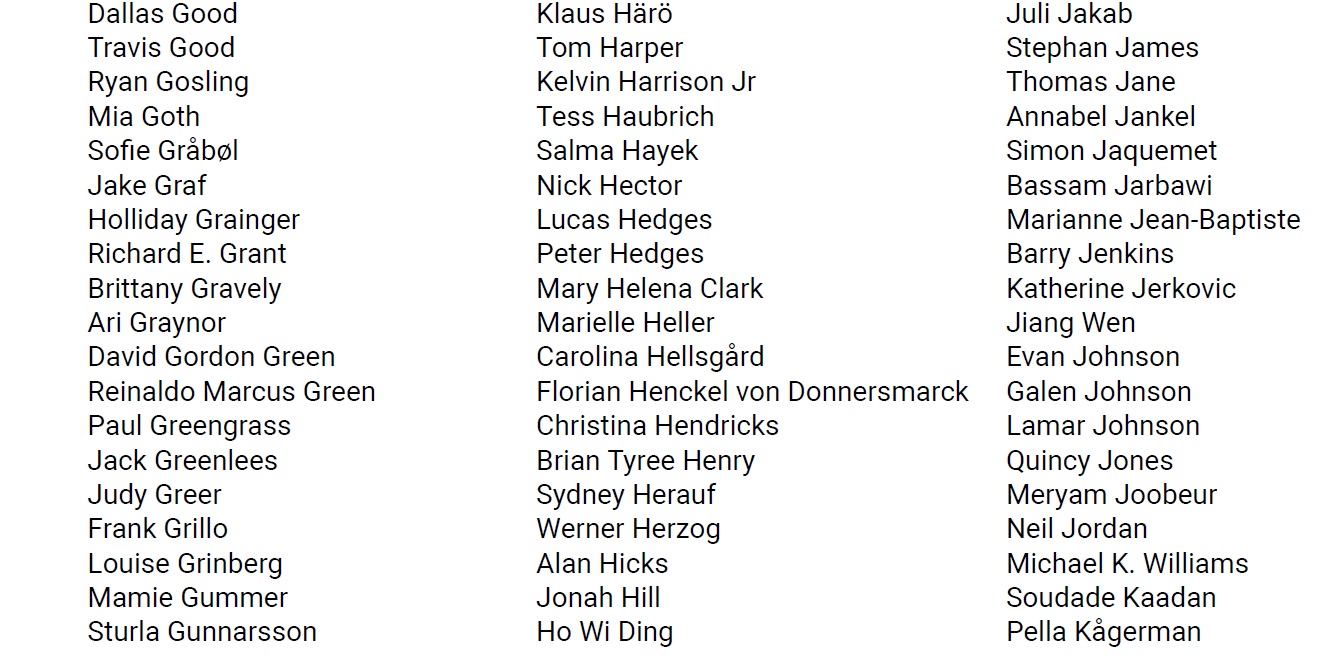 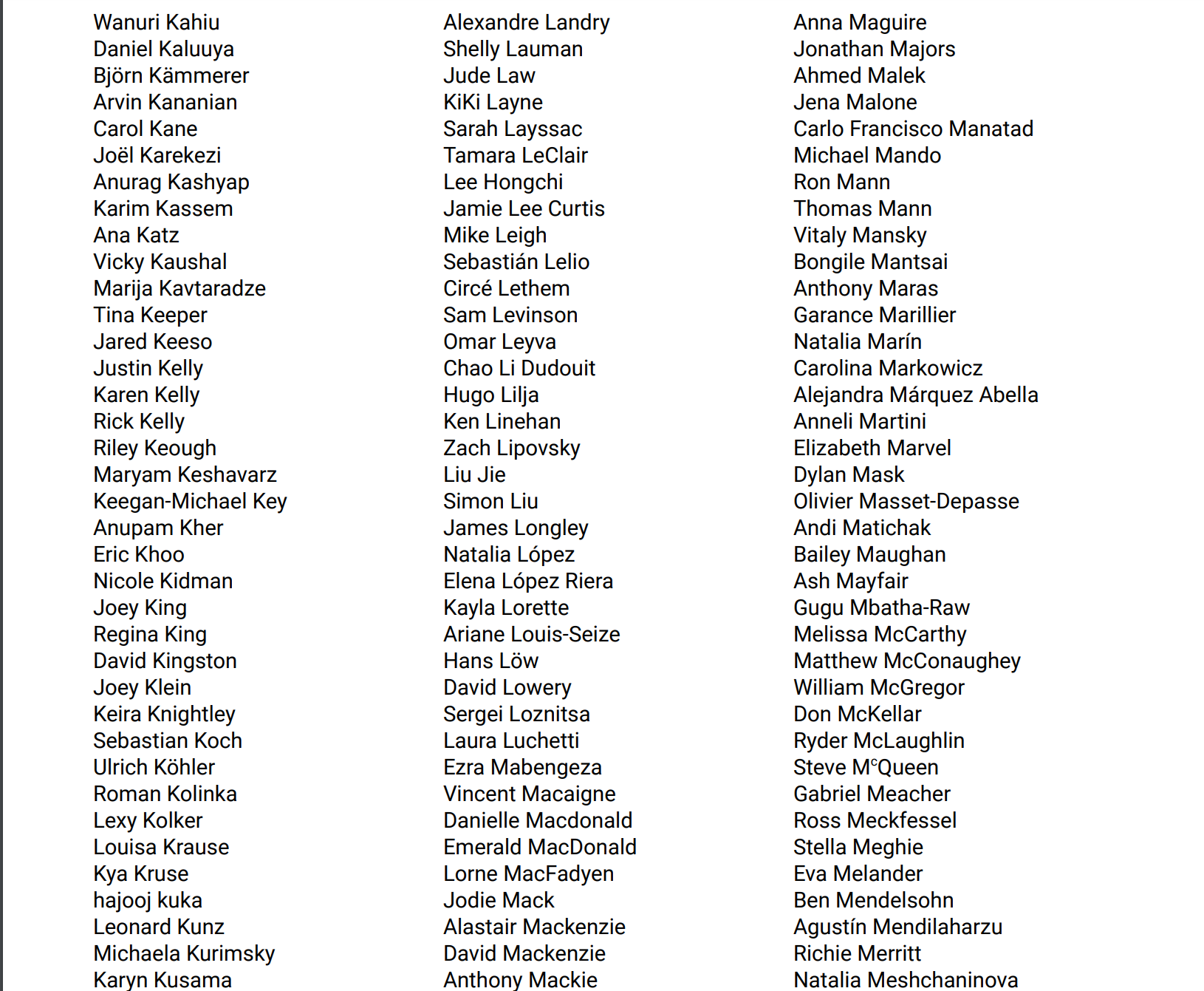 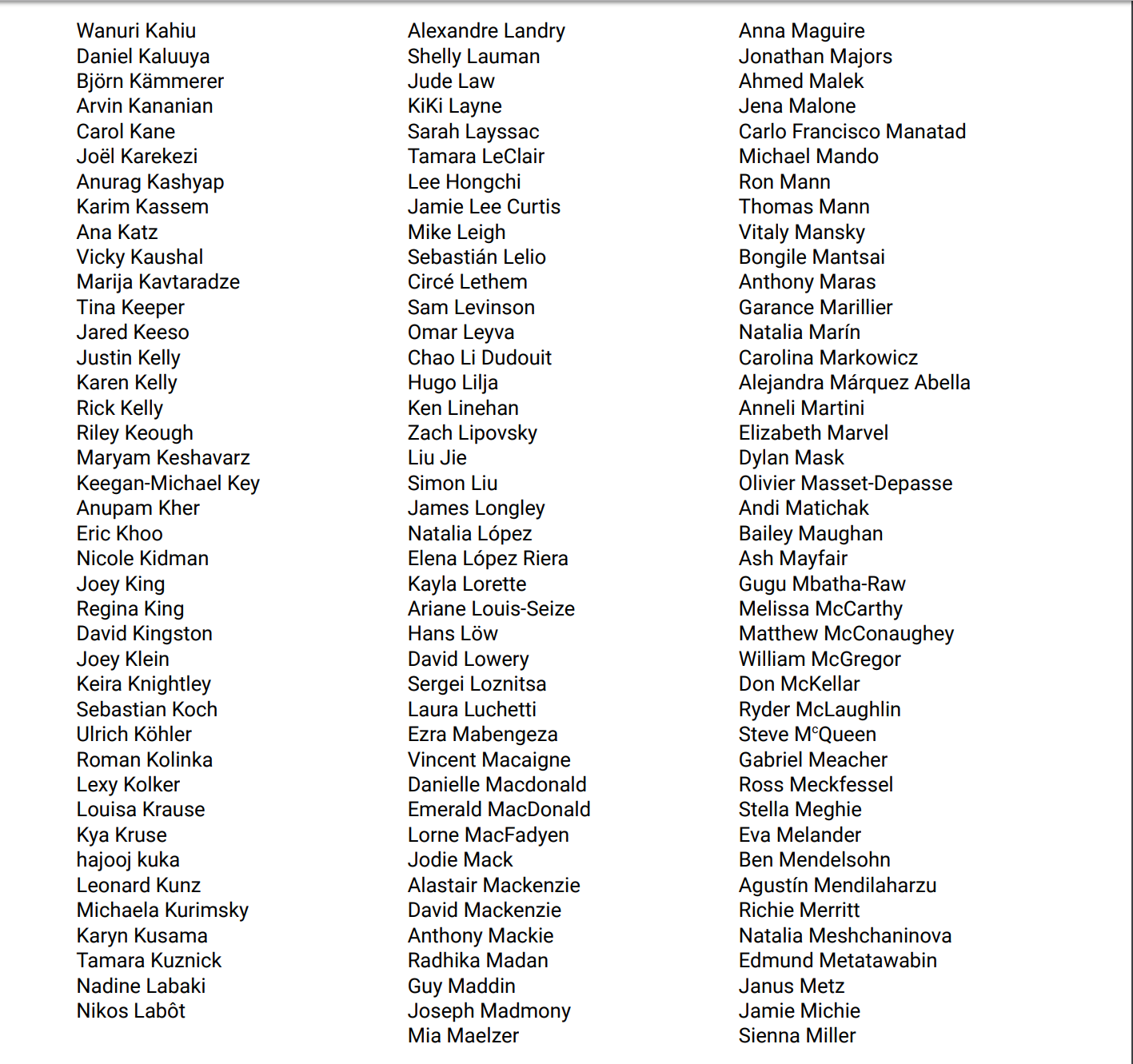 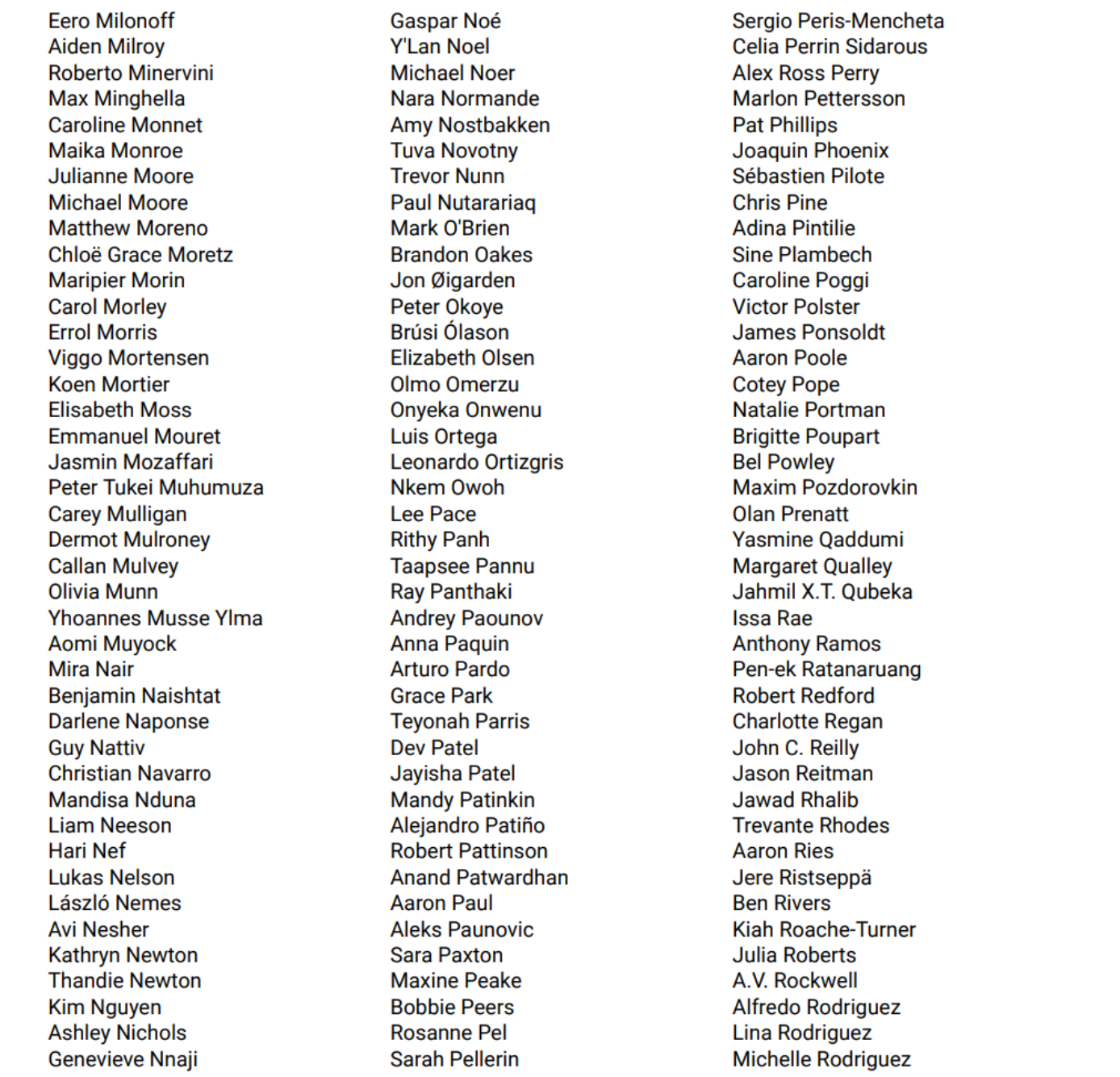 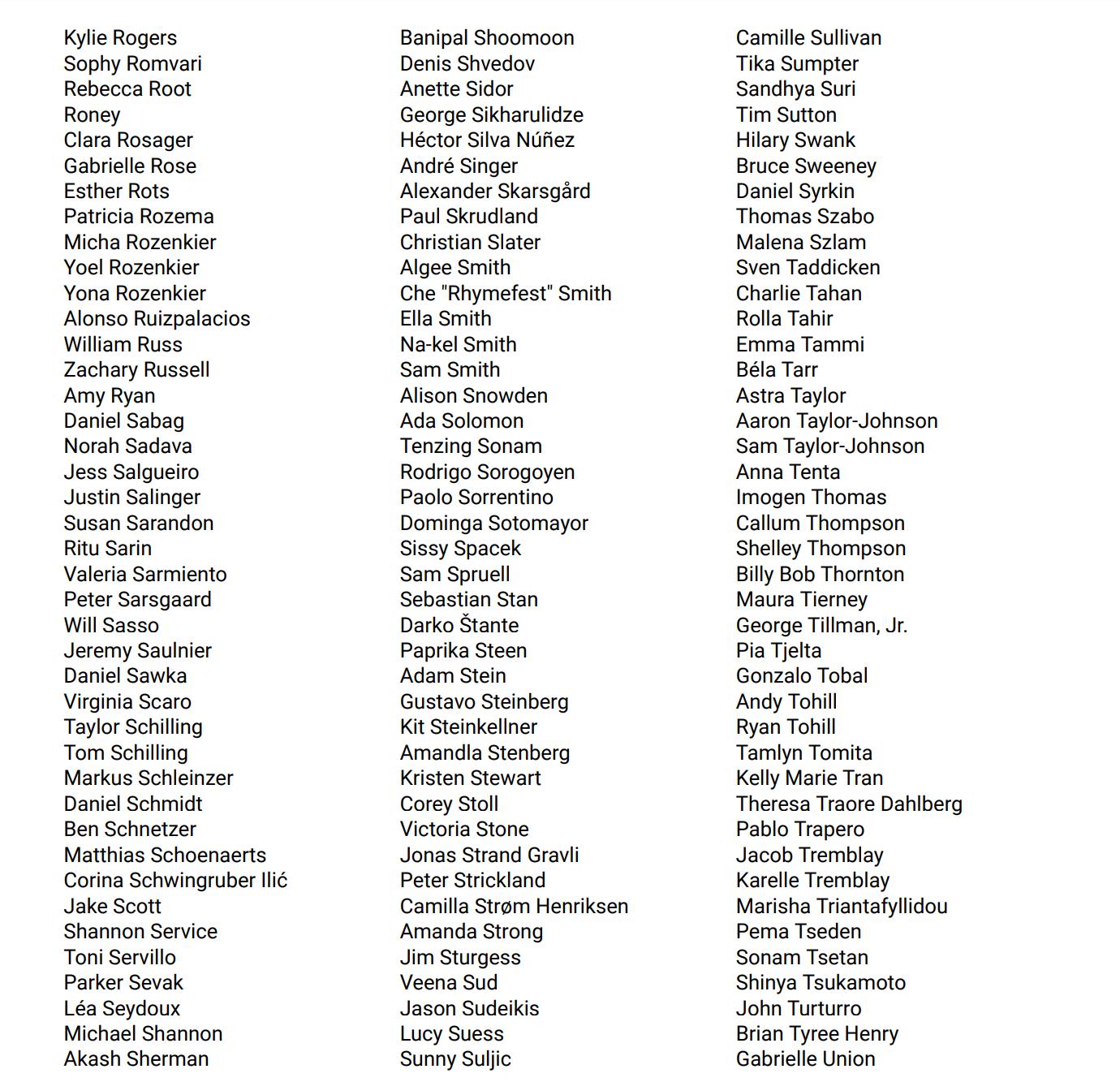