#GIVEAWAY: ENTER FOR A CHANCE TO WIN ADVANCE PASSES TO SEE “AMERICAN UNDERDOG”

American Underdog tells the inspirational true story of Kurt Warner (Zachary Levi), who went from a stockboy at a grocery store to a two-time NFL MVP, Super Bowl champion, and Hall of Fame quarterback. The film centers on Warner’s unique story and years of challenges and setbacks that could have derailed his aspirations to become an NFL player – but just when his dreams seemed all but out of reach, it is only with the support of his wife, Brenda (Anna Paquin) and the encouragement of his family, coaches, and teammates that Warner perseveres and finds the strength to show the world the champion that he already is. American Underdog is an uplifting story that demonstrates that anything is possible when you have faith, family, and determination.

Enter for a chance to #win Advance Passes to see #AmericanUnderdog.

NOTE: Please do not accept friend requests from others accounts advising you that you’ve won and asking you to submit your personal information. Be diligent guarding your info. We will only message winners from our official Facebook account.

AMERICAN UNDERDOG is in theatres December 25, 2021.

Dennis Quaid stars in BLUE MIRACLE, based on an inspiring true story. See the new Trailer!

The incredible true story of Casa Hogar, the Mexican boys home that entered the world’s biggest fishing tournament to save their orphanage.

Universal Pictures Canada x Mr. Will want to give Readers a chance to win Advance Passes
to see A DOG’S JOURNEY.

SYNOPSIS:
Some friendships transcend lifetimes. In A DOG’S JOURNEY, the sequel to the heartwarming global hit A DOG’S PURPOSE beloved dog Bailey finds his new destiny and forms an unbreakable bond that will lead him, and the people he loves, to places they never imagined.

Bailey (voiced again by Josh Gad) is living the good life on the Michigan farm of his “boy,” Ethan (Dennis Quaid) and Ethan’s wife Hannah (Marg Helgenberger). He even has a new playmate: Ethan and Hannah’s baby granddaughter, CJ. The problem is that CJ’s mom, Gloria (Betty Gilpin), decides to take CJ away. As Bailey’s soul prepares to leave this life for a new one, he makes a promise to Ethan to find CJ and protect her at any cost. 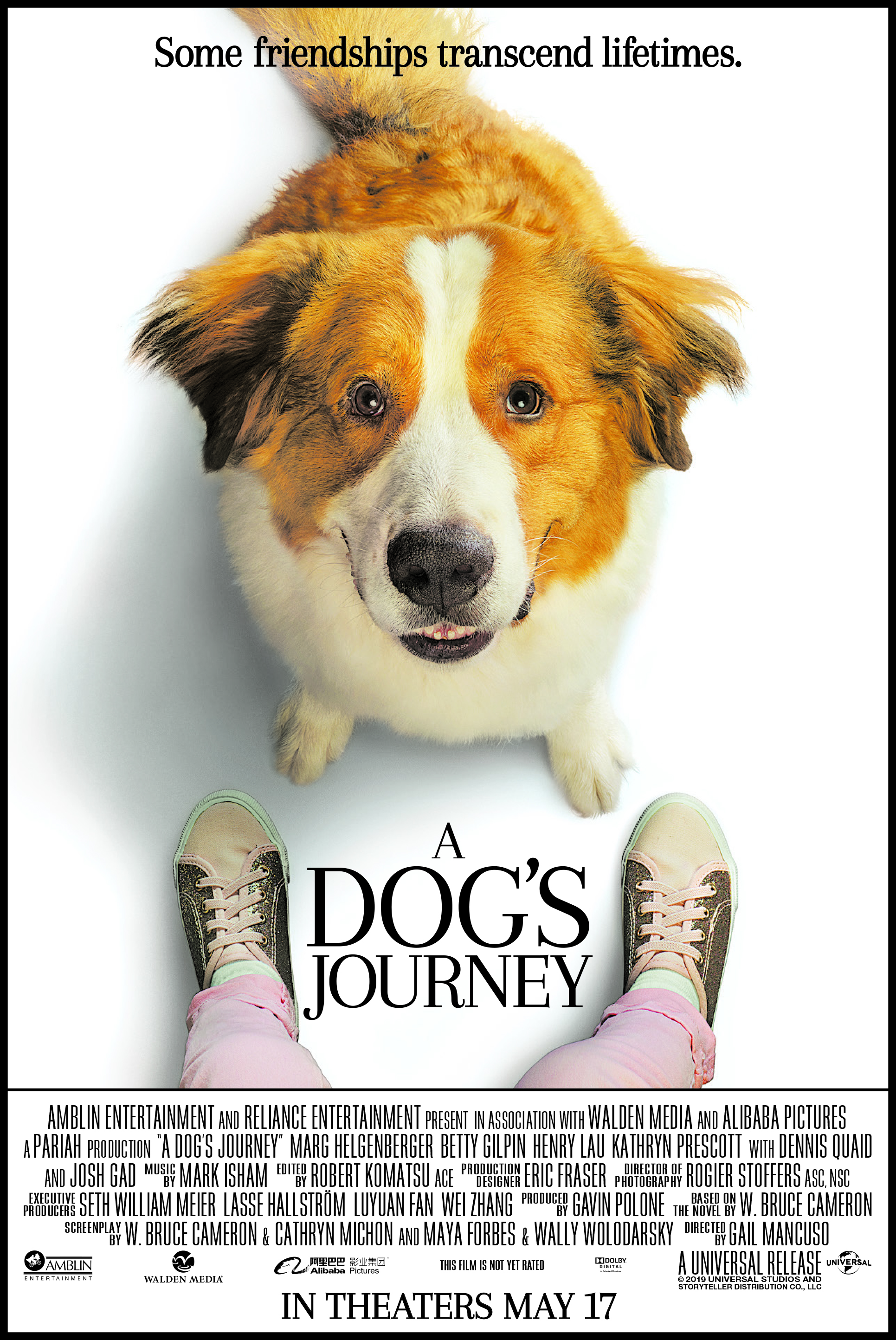 Based on the beloved bestselling novel by W. Bruce Cameron, A Dog’s Purpose, from director Lasse Hallström (The Cider House Rules, Dear John, The 100-Foot Journey), shares the soulful and surprising story of one devoted dog (voiced by Josh Gad) who finds the meaning of his own existence through the lives of the humans he teaches to laugh and love.  The family film told from the dog’s perspective also stars Britt Robertson, KJ Apa, John Ortiz, Juliet Rylance, Luke Kirby, Peggy Lipton, Pooch Hall and Dennis Quaid.

#GIVEAWAY: ENTER TO WIN A “PLAYING FOR KEEPS” DVD

VVS Films, Touchwood PR and Mr. Will Wong would like to give Readers a chance to win a Playing for Keeps DVD! The charming Romantic-Comedy is  about a down‐on‐his luck former Soccer Star (Gerard Butler) who returns home to put his life back together. Looking for a way to rebuild his relationship with his Son, he gets roped into coaching the Boy’s Soccer Team. But his attempts to finally become an “adult” are met with hilarious challenges from the attractive “Soccer Moms” who pursue him at every turn.

Official Artwork for the Blu-ray/DVD Combo Pack below:

Your deadline is March 11, 2013. Good luck! Canadian Readers only, please.