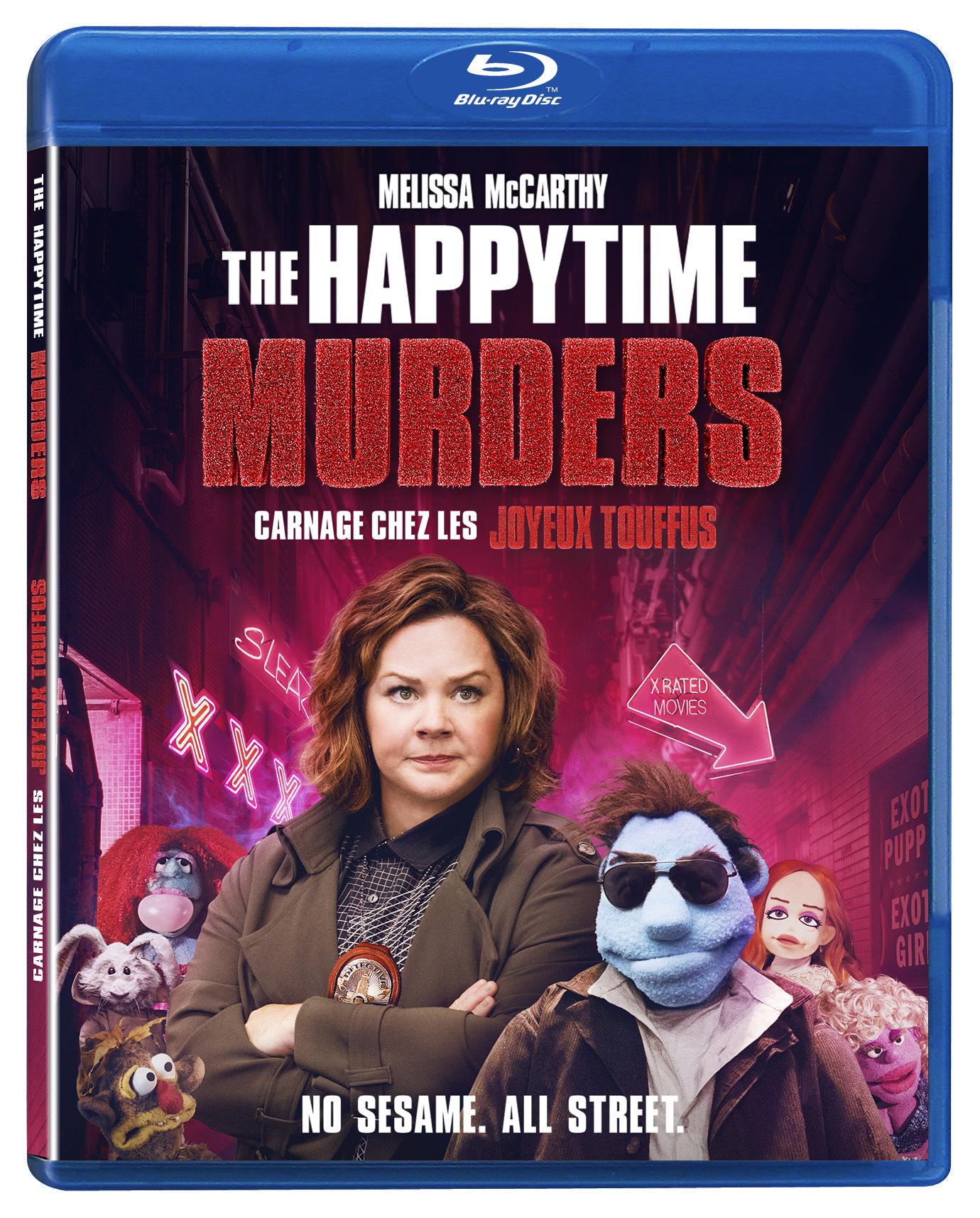 Puppeteer Jim Henson and his creations have left an indelible mark on the world and continue to this day to speak to generations well beyond his all too short a time here. You’d be hard-pressed to find a child of Generation X, Y or Z, who hasn’t been touched deeply by The Muppets or Sesame Street, firm proof that his legacy still continues on to this day thanks to The Jim Henson Company and his surviving children.

Among them, eldest son Brian Henson is priming the release of his much-talk-about upcoming feature THE HAPPYTIME MURDERS. The Dark-Comedy/Mystery is set in a world where humans and puppets co-exist together, although the latter are made to feel inferior. Disgraced ex-cop-turned-investigator puppet Phil Phillips (Bill Barretta) loses his brother and is in hot pursuit of his murderer who next is out to get Cast of popular ’80s TV Series The Happytime Gang and also his ex-flame Jenny (Elizabeth Banks). We’ve got a puppet killer on the loose and we’re about to find out who did it.

In Toronto for a packed day of promotion which saw him do the rounds on television, radio, print and digital, Henson spoke to us at his hotel about The Happytime Murders and what he finds funny.

The Happytime Murders is wacky, twisted and out there. What inspires your sense of humour?

Henson: “I like it when it’s unexpected and a little naughty. I like it when it’s naughty and innocent at the same time. For instance, like when we did the sex scene in the Trailer, the idea that we did a graphically-sexual sequence, but then we used Silly String. What makes it really funny is that the puppet ejaculates silly string. So right when you’ve taken the scene too far and the audience is gonna go, ‘No! Don’t get to there. That’s too far!’, you do it with an innocent kinda stupid choice which is what makes it really funny. The same goes with the pornography scene where we reveal an explicit pornographic sequence in this puppet world, but it turns out only to be an octopus milking a cow – which is the most innocent thing!”.

The Film arrives finally after being in the works for 10 years. It has an interesting mix of Hollywood A-List talent and also seasoned professional Puppeteers, tell us about the casting process.

Henson: “It took ten years, but to get it produced, six years. There were different approaches how to cast and write it. In the end we casted around Melissa for our human Cast.  Half the core Cast is puppets, half is human. Once we had Melissa in, it was figuring out the rest of the Cast. Most of them are working opposite puppets.  Melissa is working mostly with Bill as are Mya and Elizabeth. Joel, none of us really knew him, but he really wanted to do an audition and he did really good.”.

Much has been said about the Film, including a lawsuit filed by the organization behind Sesame Street, citing their fear of it smearing their reputation. While the case was rejected ultimately, it is important to note that The Happytime Murders sees itself more as a separate entity which honours its Henson heritage. Can you talk to this?

Henson: “This is a new Franchise, it’s neither The Muppets nor Sesame Street. As a Company we’ve always been irreverent, a little bit naughty and this is in that tradition. This is exclusively for adults. I believe that this Film should have no repercussions on The Muppets or Sesame Street.  This is exclusively for adults and the idea is that kids who wanna watch Sesame Street or Muppets, still can. I could’ve done it PG, but then it would’ve been a little uncomfortable if a younger audience was seeing it. Instead, it’s a hard R-rating.”.

Who do you identify with more, people or puppets?

Henson: “People I identify with more. Once I put them in a movie, sometimes I feel that a puppet can more sincerely be itself than a person because a person is usually an actor and they have begun making new choices and developing themselves a little different from their last movie. For me in real life, puppets was what my dad did at work. It wasn’t what happened at home, it was work. It was an art form I appreciated greatly and I’d go to the workshops and studios where it was happening. For me, puppets are less alive than they are for other people because I’ve always been behind the scenes.”.

Sugar is a drug-like vice for the puppets (namely unforgettable male prostitute puppet Goofer) in this Film, what is your vice?

Henson: “Nicotine. I find myself chewing Nicotine Gum all the time. I try to fight my vices.”.

The Film looks a remarkably technical feat. What was your greatest challenge?

Henson: “Definitely the technical process of mixing people and puppets together in one scene. Floors needed to be taken out underneath the puppets, although I’m pretty experienced at that.  I have this Improv Puppetry Show called PUPPET UP! which largely is why I made this Movie. It’s a very R-rated live show which I’m loving, and I wanted to do the Movie in this vein.  Normally with puppets, every line is worked out in advance and we don’t improvise – it’s planned carefully, whereas here, I wanted to take Melissa, Mya, Elizabeth and Joel and do some improvising. For me, the most challenging thing was incorporating Improvisational Comedy into this.”.

Henson: “I’m always developing lots of different things and not sure which is gonna be next. The Company is making a Prequel to The Dark Crystal, a ten-part Series with Netflix. It’s gorgeous and almost done after nine months of shooting.”.

Loved chatting with #BrianHenson, son of #JimHenson, responsible for our beloved #Muppets and #SesameStreet. His for-adults-only #TheHappytimeMurders is in theatres later this month. He tells me about growing-up a Henson, casting the likes of #MelissaMcCarthy, #ElizabethBanks and #MayaRudolph, plus all about his naughty puppet Comedy. Chat will be up on Blog soo n!