#SPOTTED: T.J. MILLER IN TORONTO FOR THE ALTERNATIVE COMEDY TOUR 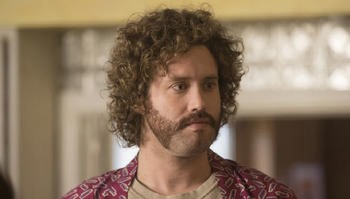 Funnyman T.J. Miller finally is seeing the fruits of his labour being front and center where he belongs. After cutting his teeth several years on the stand-up circuit, he headlines his own show tomorrow night as part of his Alternative Comedy Tour which hits Sony Centre for the Performing Arts. He appears tonight in Ottawa.

Making the most of his time here, he has had a whirlwind past couple days doing lots of radio and television including CP24 Breakfast, Your Morning, Q, The Morning Show and The Roz and Mocha Show.  Miller gathered the energy for a radio appearance before the break of dawn, donning a Remembrance Day poppy, soda and Starbucks in his hand. All the caffeines, please. ✔ Don’t act like you haven’t been there!

The star of She’s Out of My League, Silicon Valley, Deadpool and The Emoji Movie filmed a quick cameo here for GOON 2: LAST OF THE ENFORCERS in the City too last year. While he’s known for his signature humour, Miller actually tells The Roz and Mocha Show that his acting roots are more rooted in Horror. He can be seen next alongside Kristen Stewart in Thriller Underwater.