#SPOTTED: ROSE LESLIE IN TORONTO FOR “GAME OF THRONES”

Right in time to launch the upcoming third season of HBO‘s Game of Thrones, Scottish Actress Rose Leslie is in-town and ready to work in a big way. The 26-year-old Actress first gained recognition internationally with a role in acclaimed Downton Abbey as the Housemaid Gwen, and now her star officially has risen first appearing on the second season of Thrones as Ygritte.

In addition to a bevy of Television and Radio appearances, including visits to The Roz & Mocha Show at KISS 92.5 and Global Television‘s The Morning Show (Toronto Edition), she also will be visiting CBC later today for George Stroumboulopoulos Tonight. Tomorrow, she will be gracing  the Red Carpet opening of Game of Thrones: The Exhibition. The Event runs from March 9-16, 2013 at the Design Exchange, showcasing Artifacts from the first two Seasons of the Series, with selections from the upcoming Season.

The porcelain-skinned and petite Leslie was gracious enough to stop for a quick Snap earlier today, absolutely lovely and sweet!  Unfortunately, no signs yet of Co-Star Kit Harington, who is said to be seeing Leslie, while slated to film Paul W.S. Anderson‘s Pompeii in Toronto next month. 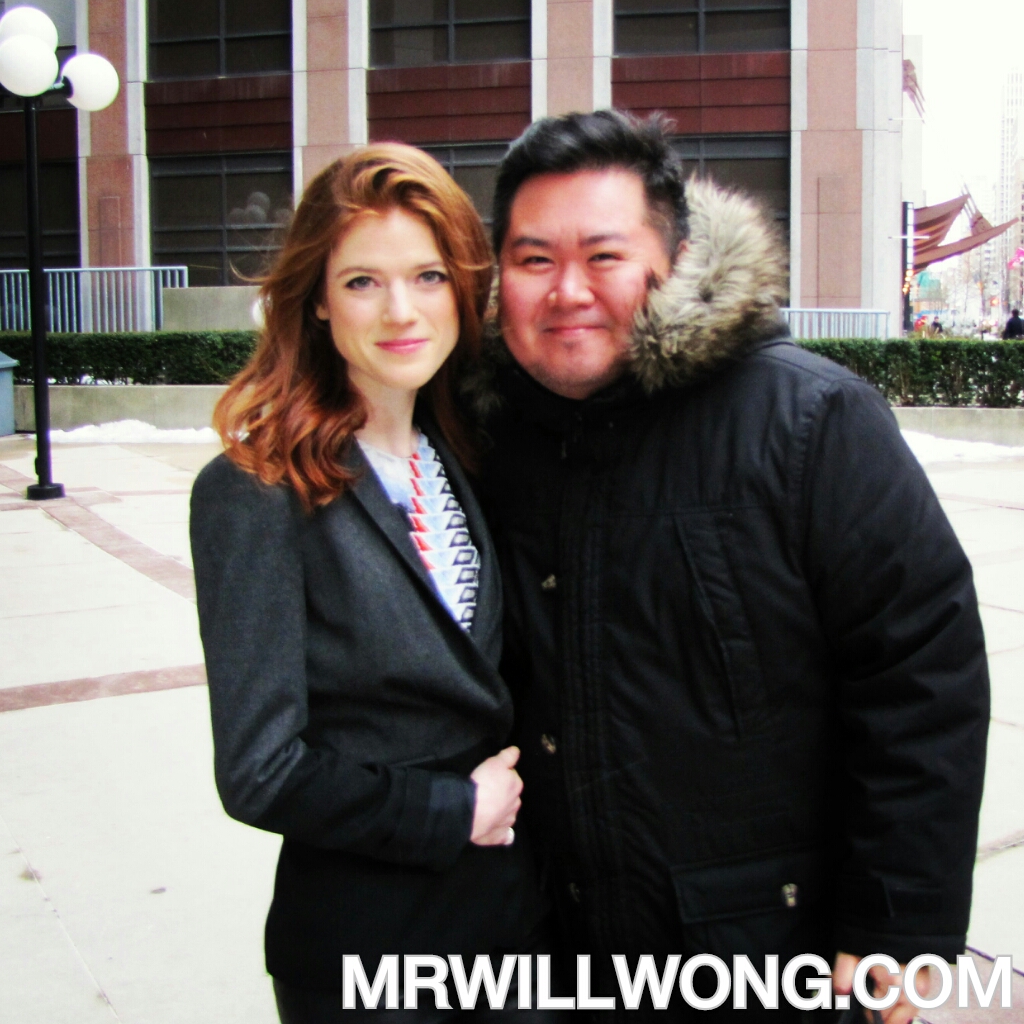