Success definitely just happen overnight for Mandy Patinkin.  The Veteran Actor/Singer has the Awards to match the Accolades and although he just lost-out at the Golden Globes for his superb work on Showtime‘s Homeland as CIA Division Chief Saul Berenson this year, he has a TONY Award and a Primetime EMMY Award to his name.   You might know him for his work in The Princess Bride, Yentl and Chicago Hope.

Patinkin currently is in-town promoting of the multiple Golden Globe and Primetime EMMY Award-winning Series starring Claire Danes and Damian Lewis, which premieres in Canada for the first time Wednesday, March 6, 2013  at 10:00 PM EST on Bravo. In addition to a morning-full of Press at the Bell Media Building today, he later today will be recording Interviews at CBC for George Stroumboulopoulos Tonight and Q Radio.   An appearance on Entertainment Tonight Canada also is scheduled.

Right before heading the lunch, Patinkin and his Handler were amazing to have his Driver pull-over and he roll-down the window of his Mercedes Benz to pose for a Photo, going above and beyond the call of duty.  Thrilled to have met this Acting Legend, who was more than gracious! 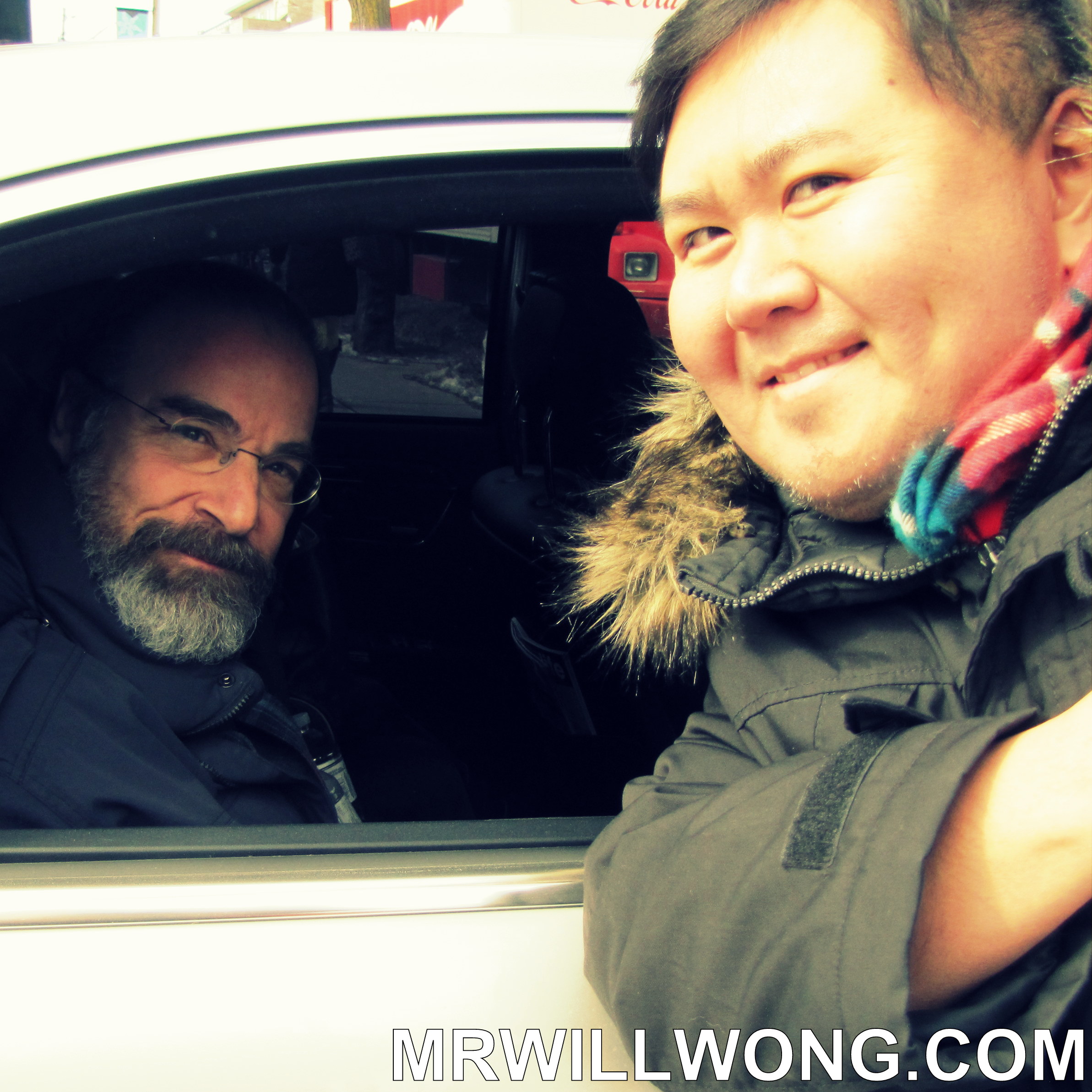