Canadian Megastar Michael Bublé arrived in Toronto yesterday to promote his new stellar new Single, It’s a Beautiful Day and also his upcoming hosting gig at next month’s JUNO Awards in Regina.  Always dapper in a suit, Buble spent most of his morning at the Bell Media Building taping Interviews for eTalk, CP24 Breakfast, The Marilyn Denis Show and more.  For the first time ever, he will be co-hosting eTalk tonight for the v. first time with Ben Mulroney on CTV at 7:00 PM EST.  It is said that he will be dishing some JUNOs secrets tonight for the first time ever!

Although a few Fans tried braving the cold, some just couldn’t take it anymore.  Bublé did reward his Fans handsomely, making a few moments on his way out of the Venue, rolling-down the window of his SUV,  posing for Photos and signing Autographs before heading to lunch.

See more Photos of him below: 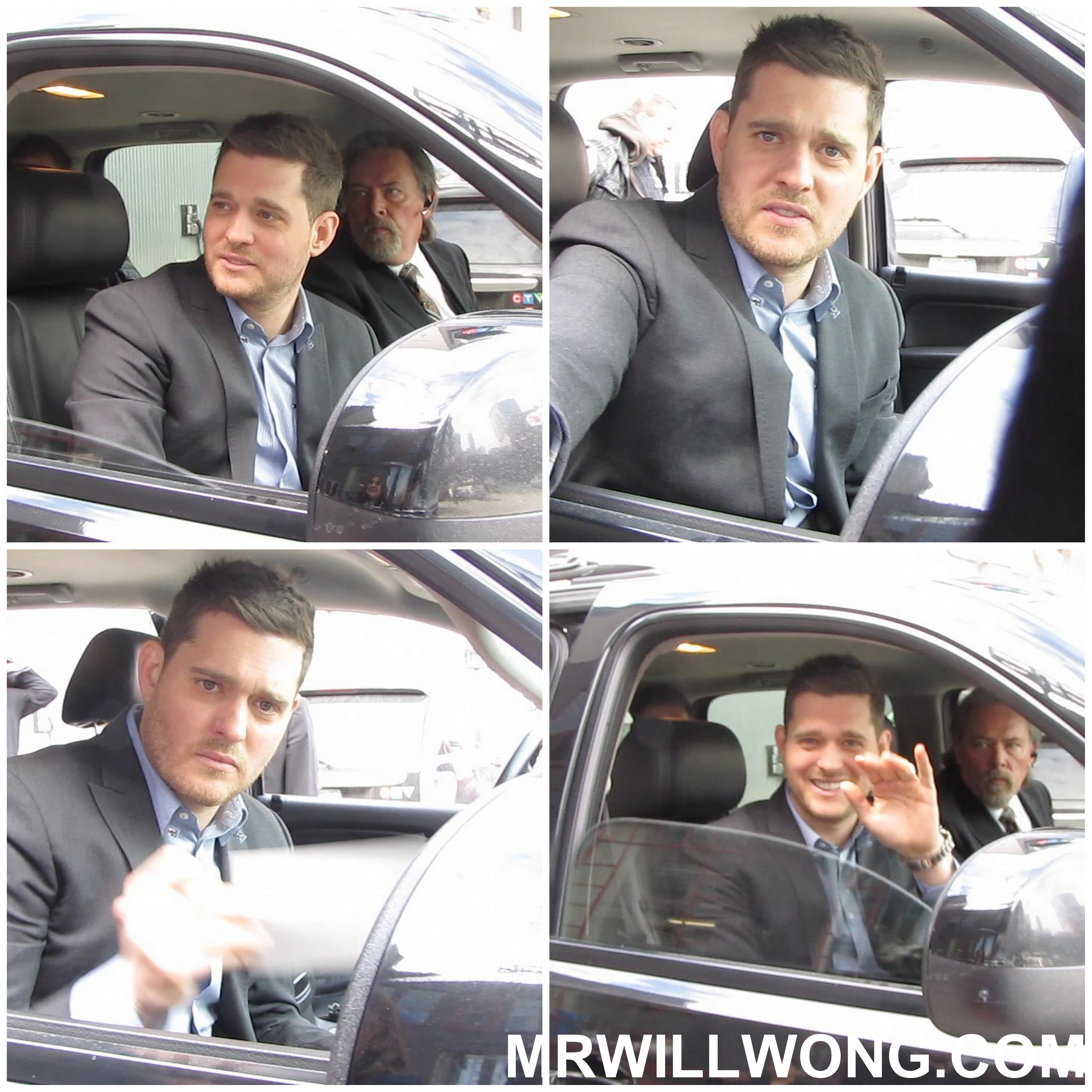 Watch a  Video of super-friendly Bublé below and even see him wave at my Camera!:

I’ve had the pleasure of meeting the handsome Crooner a handful of times now and I’m pleased to say he’s been a Class Act every time I’ve met him. Always the first to share, I’m offering a gorgeous new Promo Photo of Bublé signed by him earlier today to a lucky Reader. 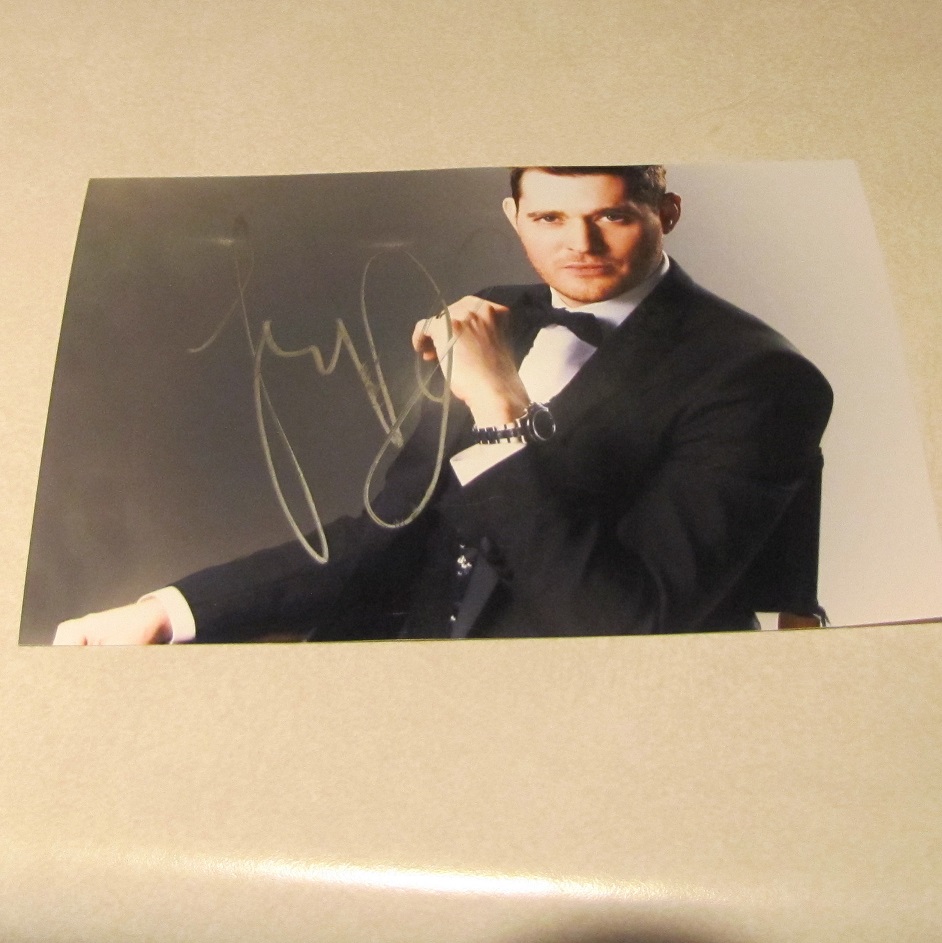