In celebration of the release of Game of Thrones‘ Season Three on DVD, Stars Kristian Nairn and Isaac Hempstead-Wright, have arrived in  Toronto to ring-in the occasion! The Thespians, who play Hodor and Bran Stark respectively, braved the slushy weather conditions to do a bit of promotion this morning, their day starting early in the east-end at CTV‘s CANADA AM.

Right in the nick-of-time, their super-skilled Driver got them to their Breakfast Television appearance at CITY afterwards, all full of smiles and extremely gracious to pose for some Fan Photos. Irishman Nairn in particular, seemed to enjoy the snow. Shortly after, the Duo head over to Global Television‘s The Morning Show to pre-tape an Interview to air soon. 14-year-old Hempstead-Wright meanwhile, is a bit of Sultan of Style in-the-making, wearing some awesome boots and his Sweater which looked like Halloween –  the coolest!

In case you missed them, both Nairn and Wright will be meeting Fans who purchase Game of Thrones: The Complete Third Season at HMV with a qualifying Wristband. The Meet-and-Greet takes place tomorrow at 333 Yonge Street, 12:00 PM tomorow – Wednesday, February 19, 2014.  Details here.

Also a Touring Exhibit featuring Pieces from Game of Thrones will take place in Toronto at TIFF BELL LIGHTBOX from Wednesday, May 14 – Sunday, May 18, 2014.  More details to come. 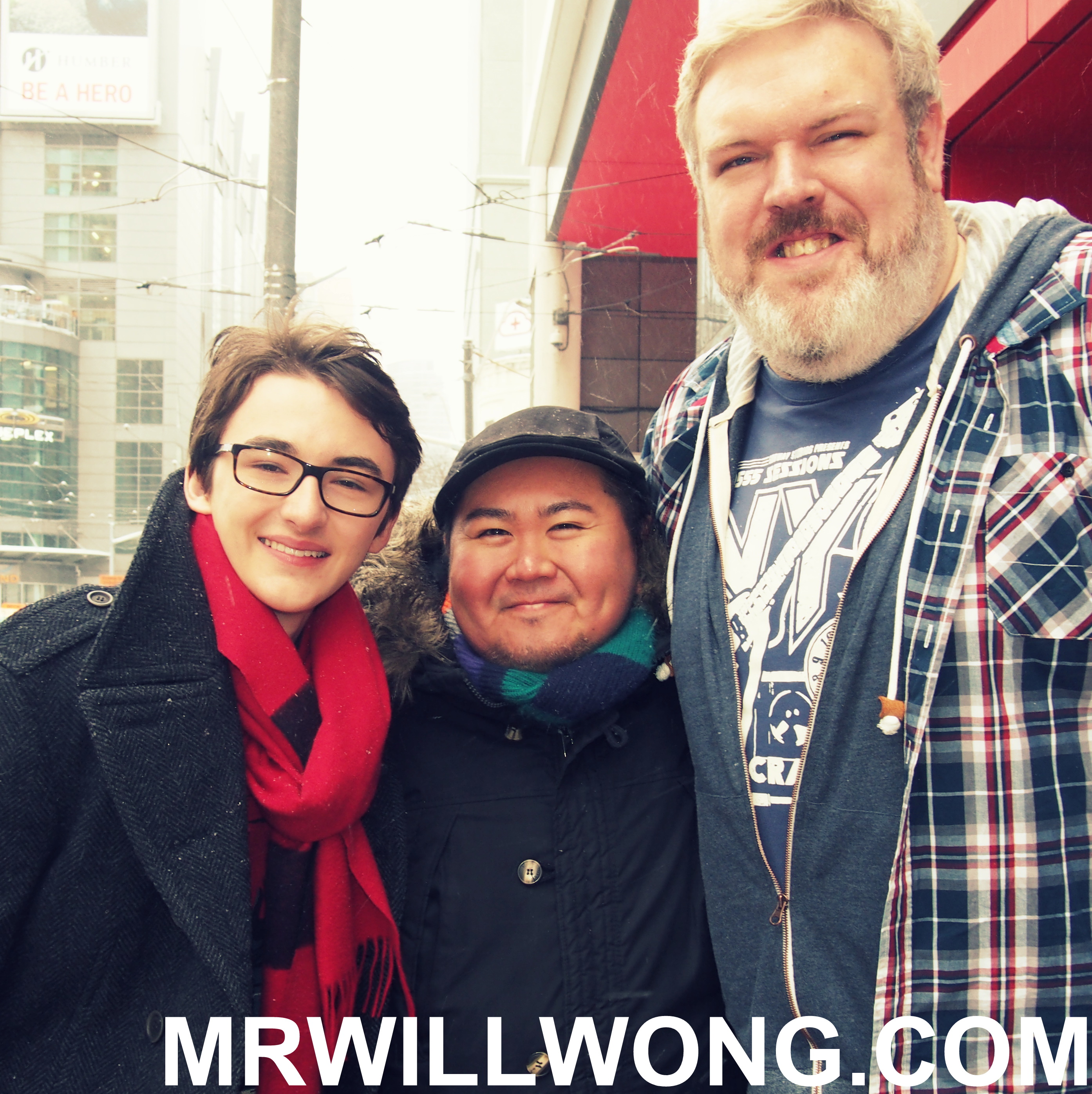 Game of Thrones: The Complete Third Season is now in stores via Warner Home Entertainment/HBO.