#SPOTTED: KIT HARINGTON OUT IN TORONTO

Lightning strikes twice!  We spotted Game of Thrones Star Kit Harington out and about in Toronto today. By total chance, some Fans and I spotted him driving by in his Mini Van, intently texting away on the Passenger Seat.  The Actor, best known for his starring role as Jon Snow on the highly successful HBO Series, currently is in Toronto till July filming Paul W.S. Anderson`s Pompeii.

Harington dropped quickly for some Take-Out at Yorkville’s Yamato Japanese Restaurant – known best for its Teppanyaki (Iron Griddle) Cuisine – as his Driver waited for him around the corner.  Fans will notice the Actor’s noticeably strengthened physique as he wore a form-fitting top and track pants. If you had any doubt about how he got there physically, now you know what he’s been eating! He even spotted me, coming over to shake my hand.  A Gentleman and Class Act!

In addition to being seen on Game of Thrones, Harington next will appear on the Big Screen in Adventure-Fantasy, The Seventh Son, which hits theatres this October via Warner Bros.  Also, he will be voicing the Dragon Prince in 20th Century Fox’s How to Train Your Dragon 2, in theatres June 2014.

We were among the first to spot Harington in Toronto last month.  Click here for more on that. 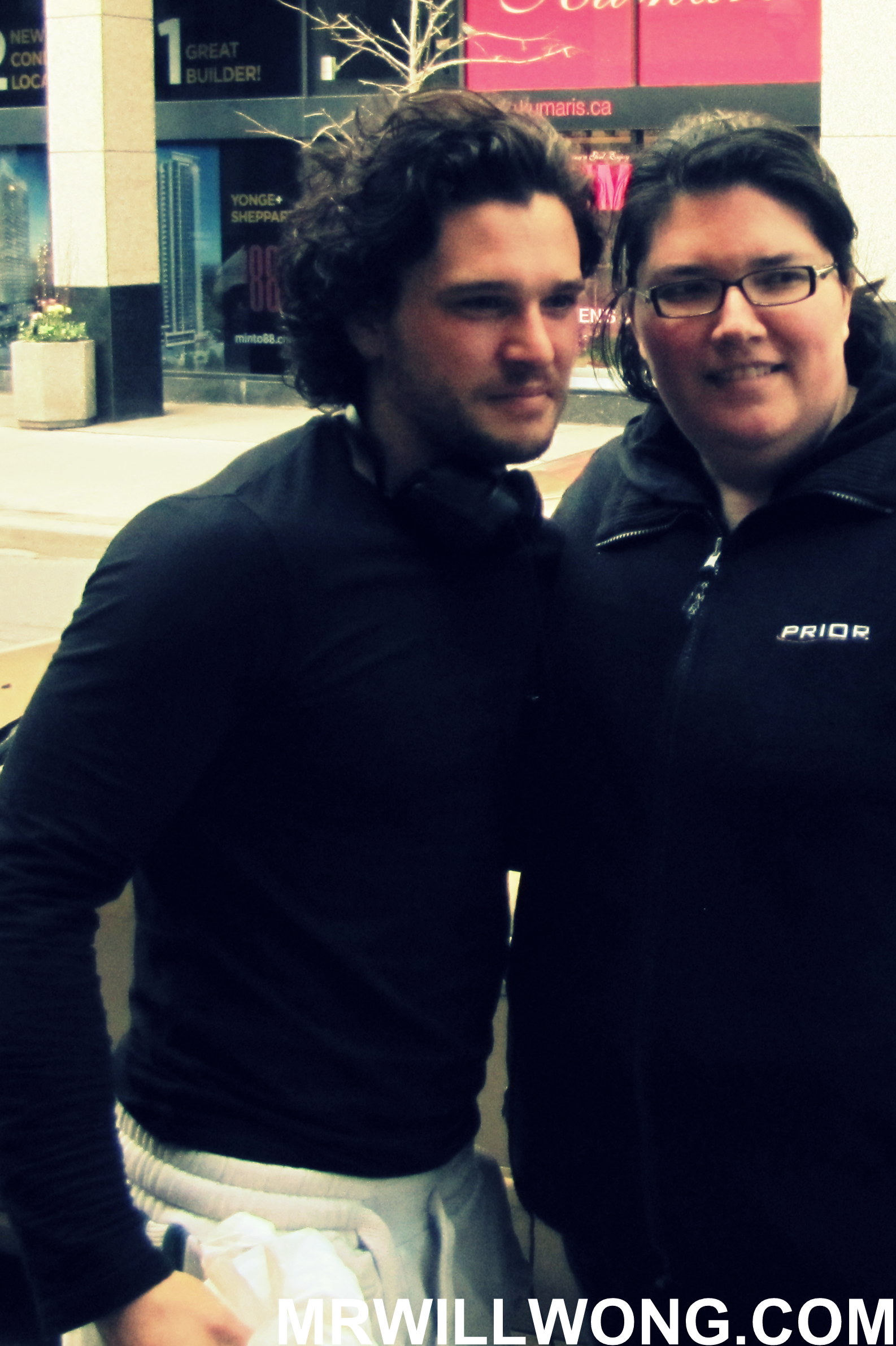