#SPOTTED: ADEWALE IN TORONTO FOR “POMPEII”

You know him from OZ, G.I. Joe: Rise of  Cobra and The Bourne Identity, but can you pronounce his name?  British Model/Actor Adewale (pronounced “ah-day-wah-lay“) Akinnuoye-Agbaje currently is in Toronto, just completing filming for Paul W.S. Anderson‘s Pompeii, in which he stars alongside Kit Harington. The Action/Adventure set during the eruption of Mt. Vesuvius, centers on a Man who must return home to Naples to save his Lover and also his  Best Friend, who is trapped within the City’s Coliseum.   The Film is set to hit theatres February 21, 2014.

Some sharp eyes were able to spot Adewale, looking sharp in a pair of red jeans and a top which showed the elaborate tattoos on his incredibly defined arms.  The Actor who formerly aspired to be a Lawyer, was gracious to stop to pose for Photos outside the Diesel Store in Yorkville, accompanied by a Friend who assisted in giving him Fashion pointers, such as layering.

Follow Adewale Akinnuoye-Agbaje on Twitter here. He next can be seen this November n the upcoming Sequel to Thor as Algrim. 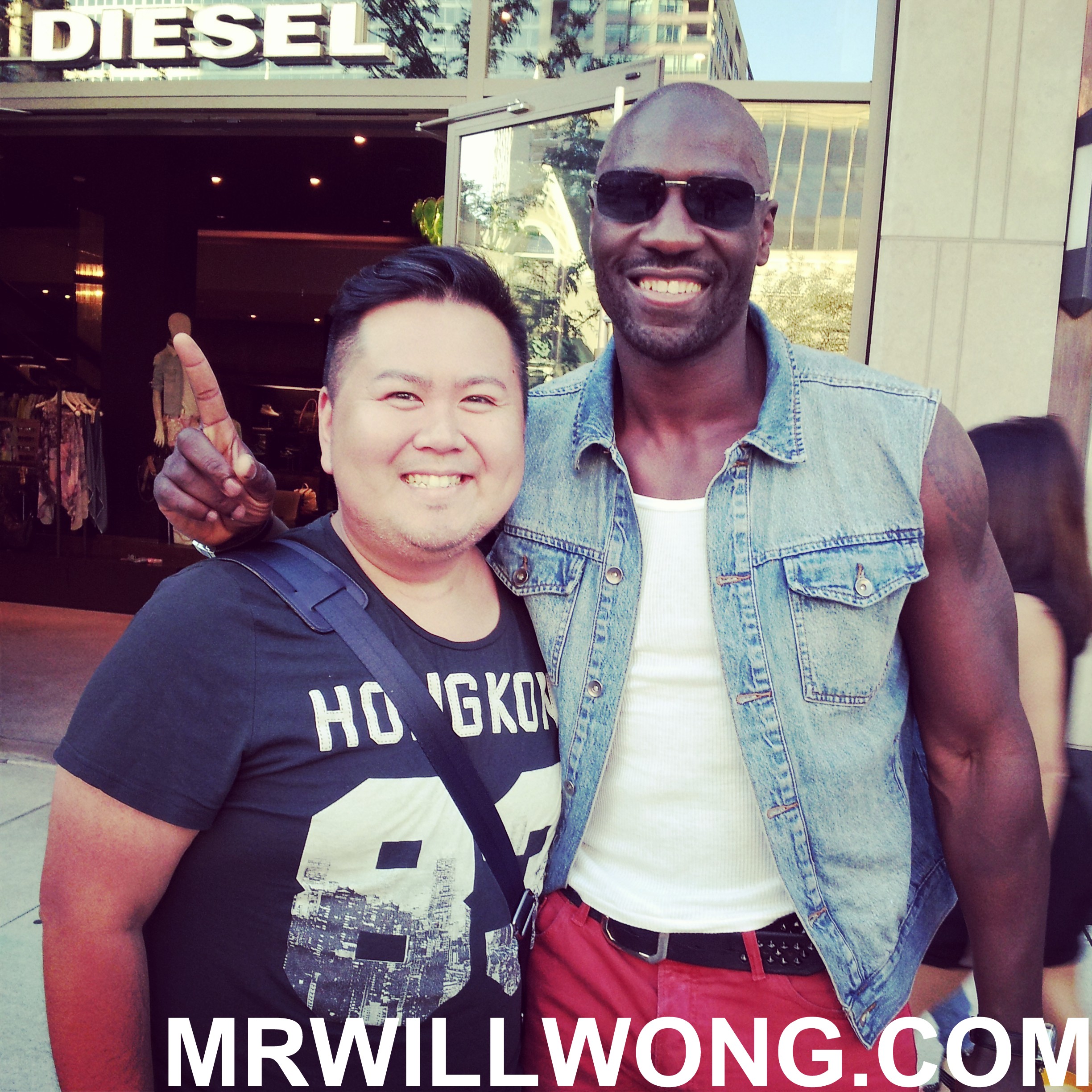