We’ve been following closely the progress of RUN THIS TOWN, the directorial debut from Writer/Director Ricky Tollman, since the Film was announced in March 2018. While the Film has been much-talked-about, finally its release is near some two years after it began production here in Toronto.

Set against a backdrop of a Rob Ford-run Toronto, Tollman‘s Film explores what it means for millennials to survive in this day and age. It centers on a young Journalist (Ben Platt) eager to break his first story at his publication where he has been relegated to compiling Top Ten lists. With the possibility of Ford‘s crack tape being exposed, his Political Aides (Mena Massoud, Nina Dobrev) fight to keep the news under wraps, while also saving their own jobs.

The Film premiered tonight in Toronto at Scotiabank Theatre and in attendance were Director/Writer Tollman, plus Toronto stars Massoud, best known for his starring role in Disney’s Aladdin and People’s Choice Award-winning The Vampire Diaries star Nina Dobrev. The Screening was followed by a Q&A and an After Party at Northern Maverick Brewing Company, where family and friends of Cast and Crew got a chance to kick-back with some libations and apps. Sanitizer also was seen circulating the room with wellness and prevention on everyone’s mind of late.

Our Justin Waldman had the opportunity to chat at the After Party with Tollman, Massoud and Dobrev.

Justin: What inspired you to choose this story about Rob Ford as your first Feature?

Ricky Tollman: “I didn’t see it as a Rob Ford story. I saw as a story about my friends and peers who I grew-up with and we all grew-up in 2010 watching Rob Ford escapades and they were taken as a joke at the time. And looking back at it in 2016 I kinda wish it wasn’t a joke as I was writing this Script when Donald Trump announced his candidacy. I thought we’ve seen this story before and maybe we shouldn’t have taken it as a joke because my friends in the United States and effectively around the world, are going to be affected by policy enacted by politicians like Donald Trump.”. He adds, “I wanted to do a story not about the politicians but maybe the people we haven’t heard from.”.

On his next endeavours, Tollman reveals, “I’m writing two things and will see which one makes it out alive. One is a Political Thriller which takes place in 1963 and the other is the FBI‘s investigation into an underworld that people may not know exists.”.

Justin: Tell us what attracted you to this Script.

Mena Massoud: “It’s like being the behind-the-scenes guy that never gets seen. It was an interesting role to play and I got an insight into the my Publicist’s day to day. A lot of stuff shoots here in Toronto that isn’t Canadian and this was, and that was special to me give back to the community I came from. I grew up here so it’s important to come back and tell Canadian stories.”.

Justin:  What’s it like making a Film that’s so rich in Toronto history?

Nina Dobrev: “That was one of the main reasons I wanted to do this Film. Not only getting to come home and see my family and friends, but also to celebrate this beautiful city that we live in. There’s so much Toronto has to offer. For the first time in a long time we got to feature CN Tower and all the other landmarks we know so well instead of coming to Toronto to shoot for New York or some other big city and hide the great place that we live in. It’s such a melting pot. Most of the people in this country are immigrants and we really got to showcase that and also the struggle, the ups-and-downs in the workplace and how difficult it is to find work.”.

Justin: What was the most challenging part of the Movie for you?

Nina Dobrev: “The only scene I shot with Damian Lewis, but not because of Damian Lewis –  he’s an amazing, talented actor. The scene was kinda difficult, creepy and cringe-worthy and let’s just say there wasn’t a lot of acting required. It was really uncomfortable.”. 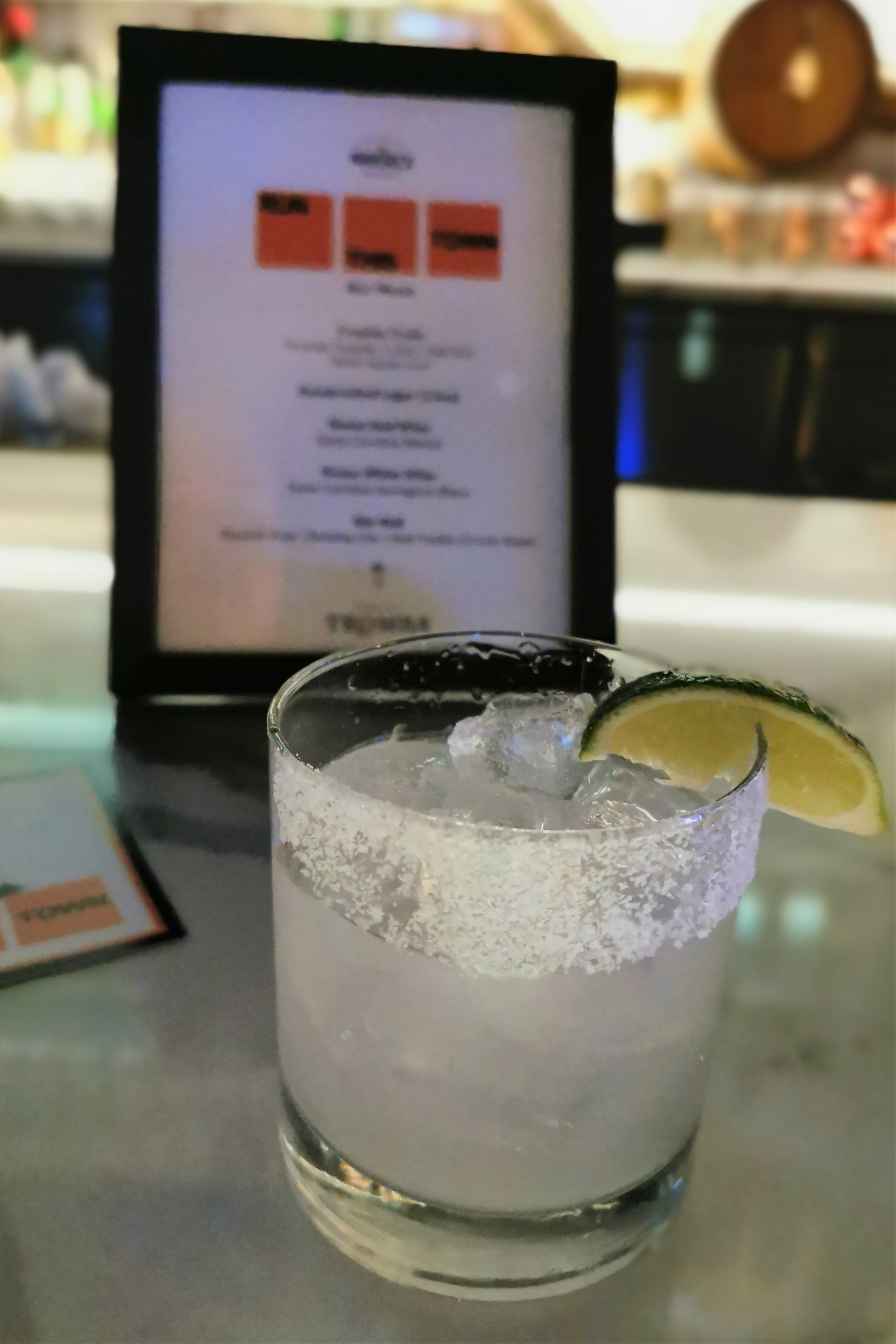 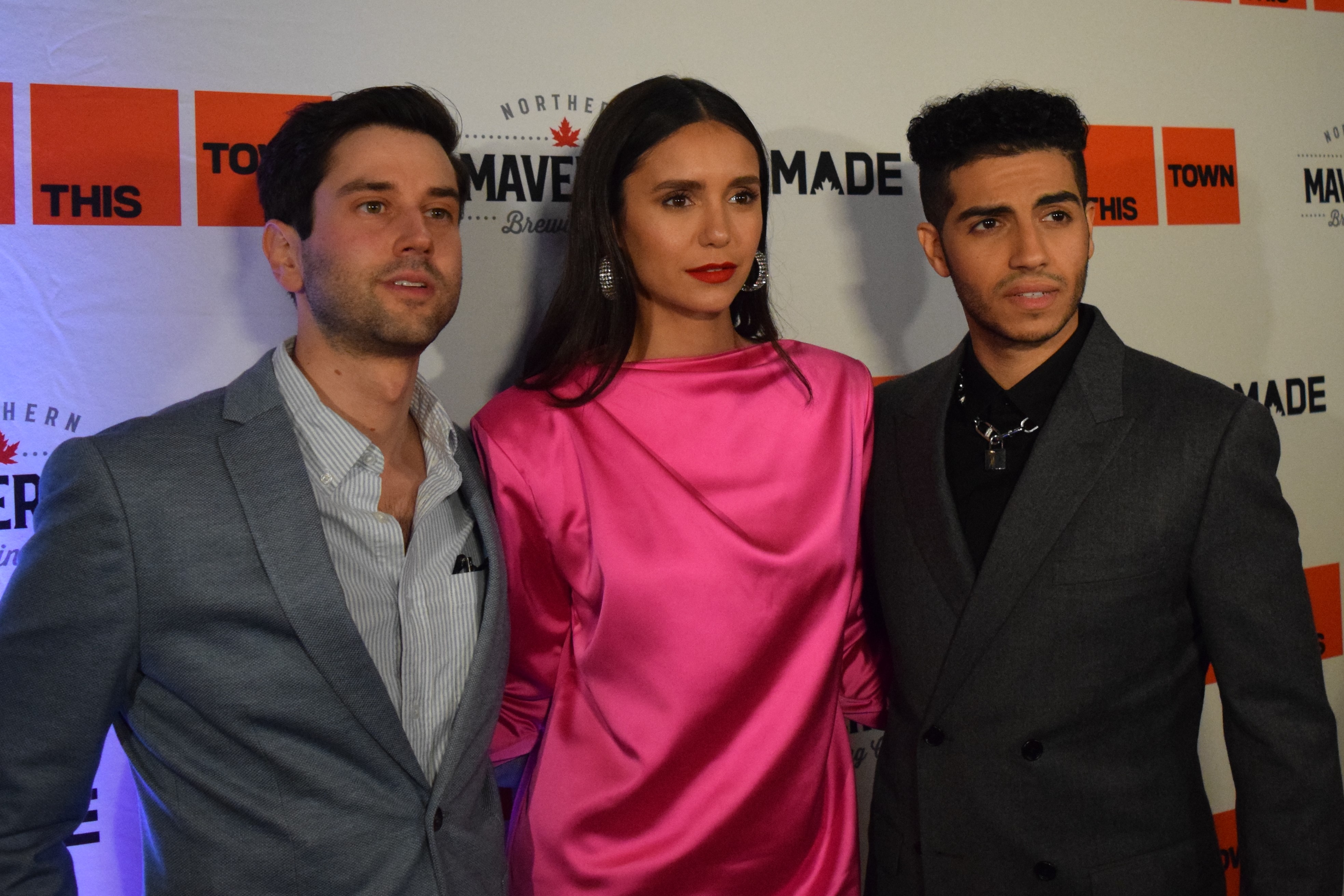 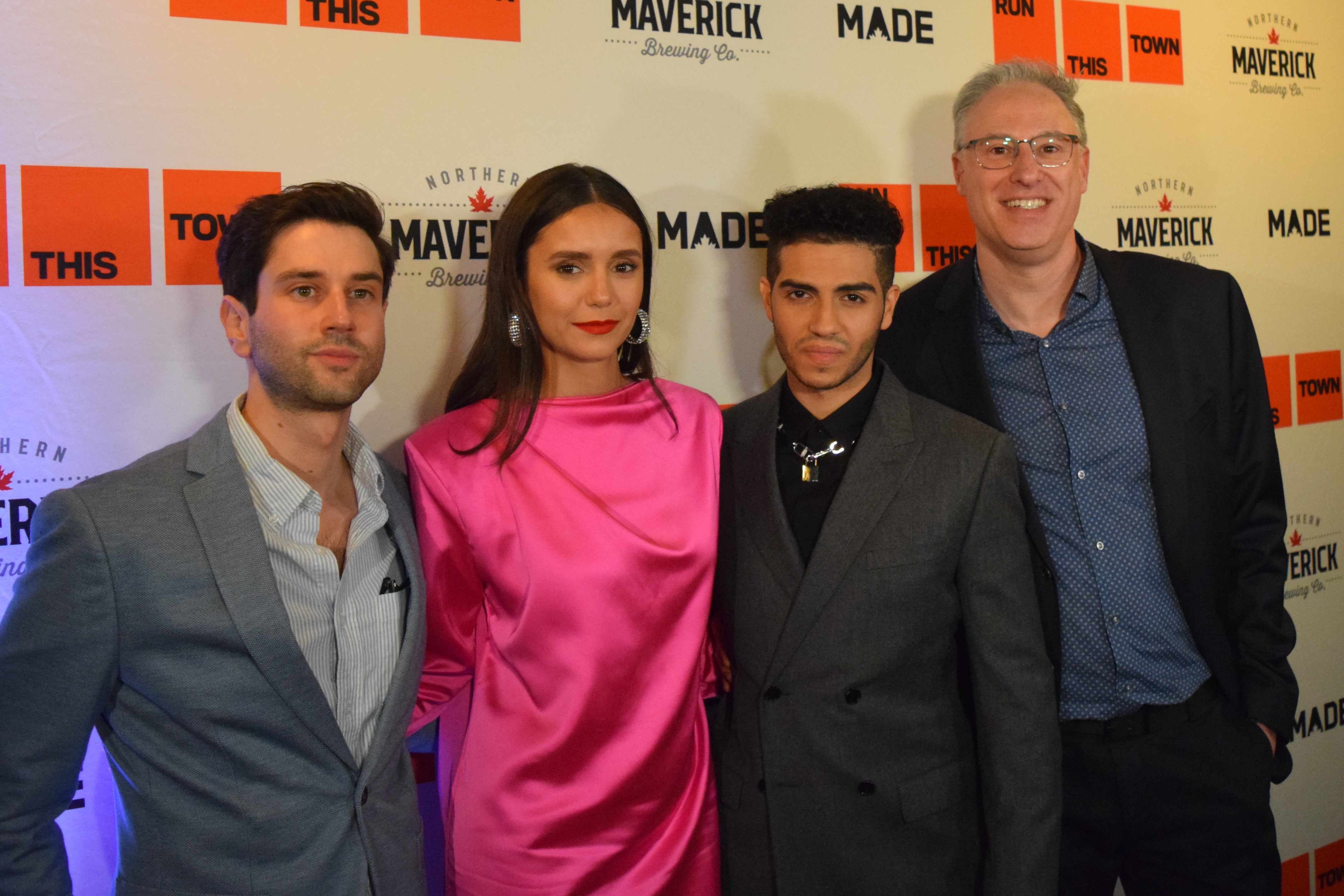 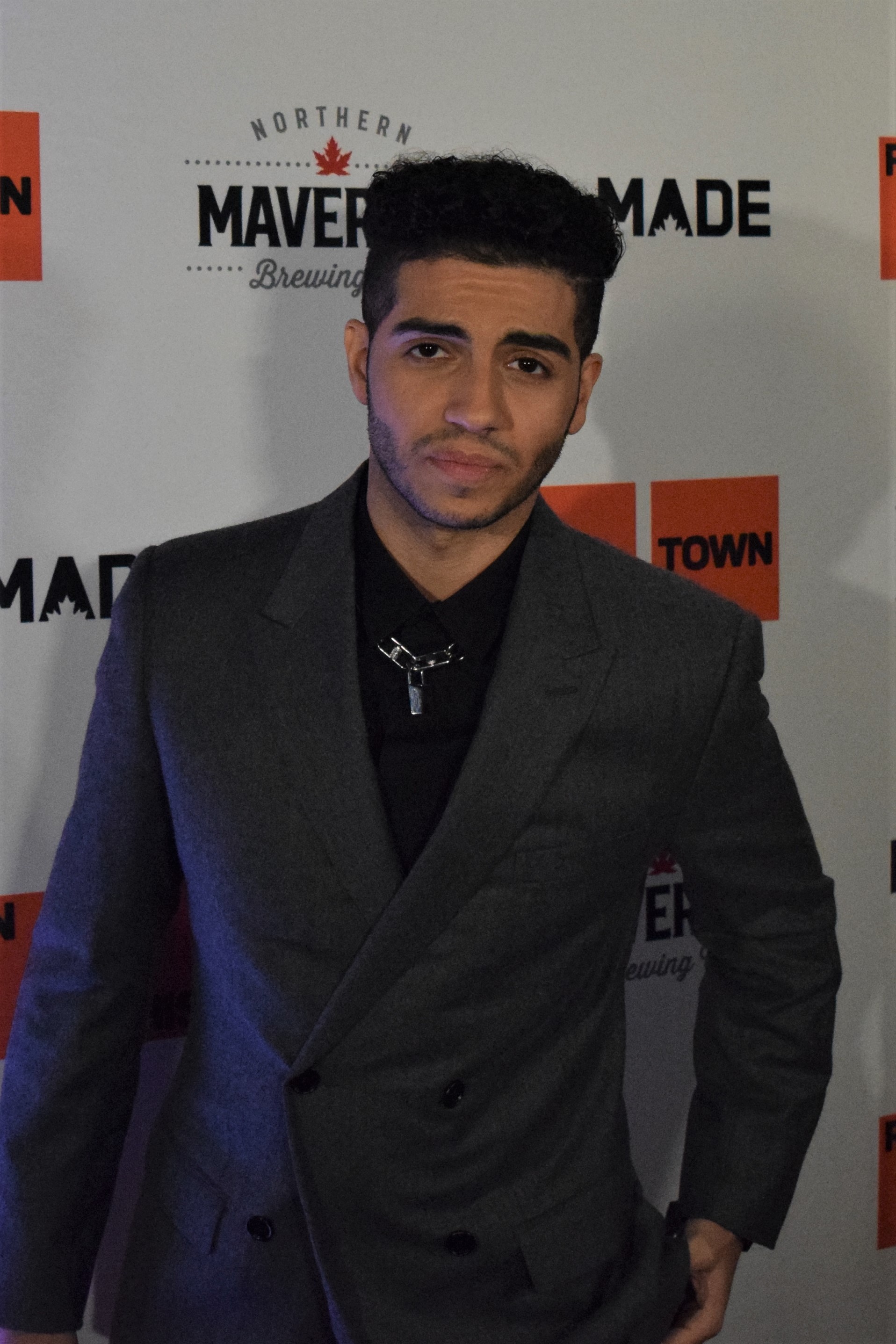 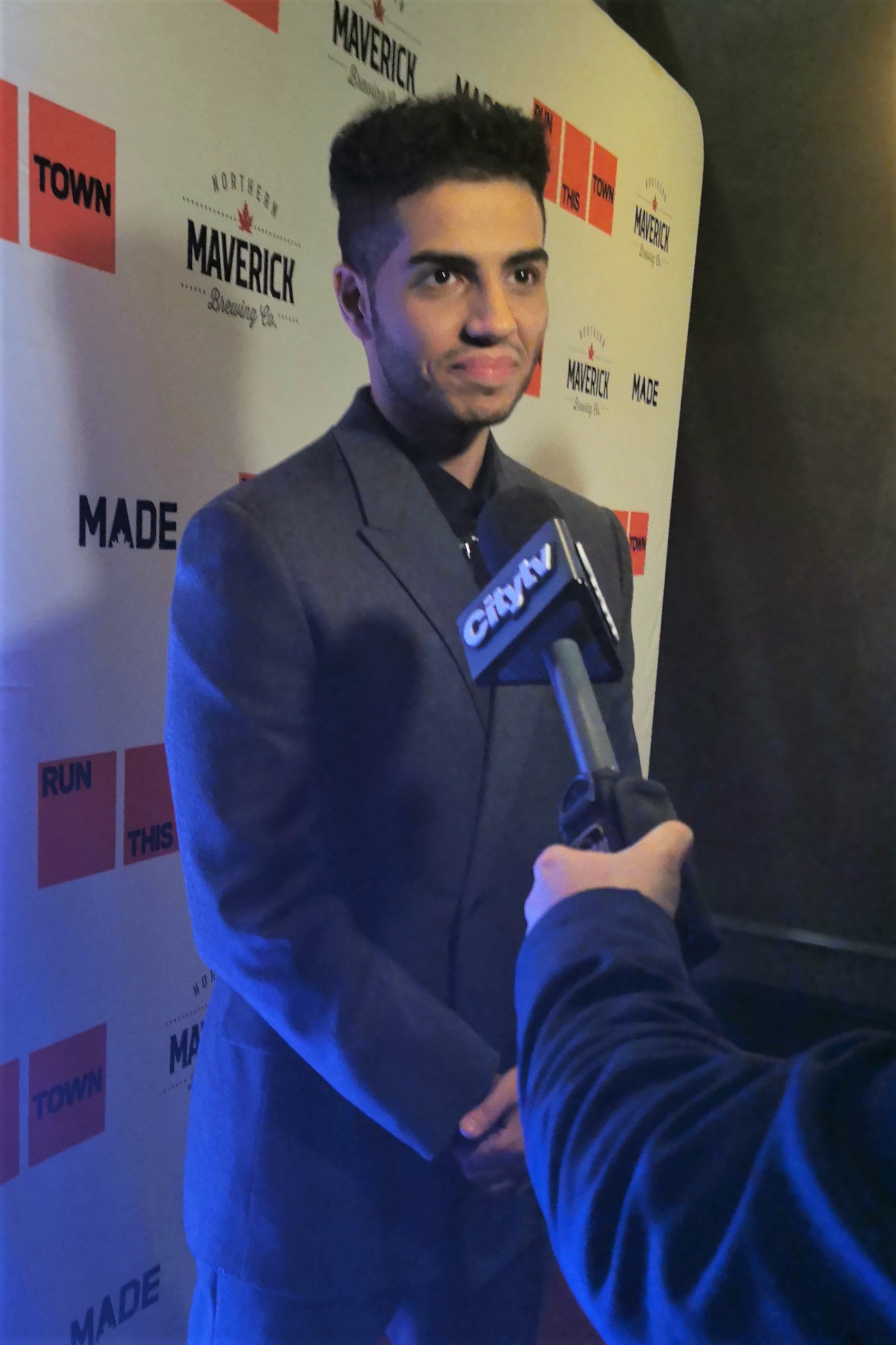 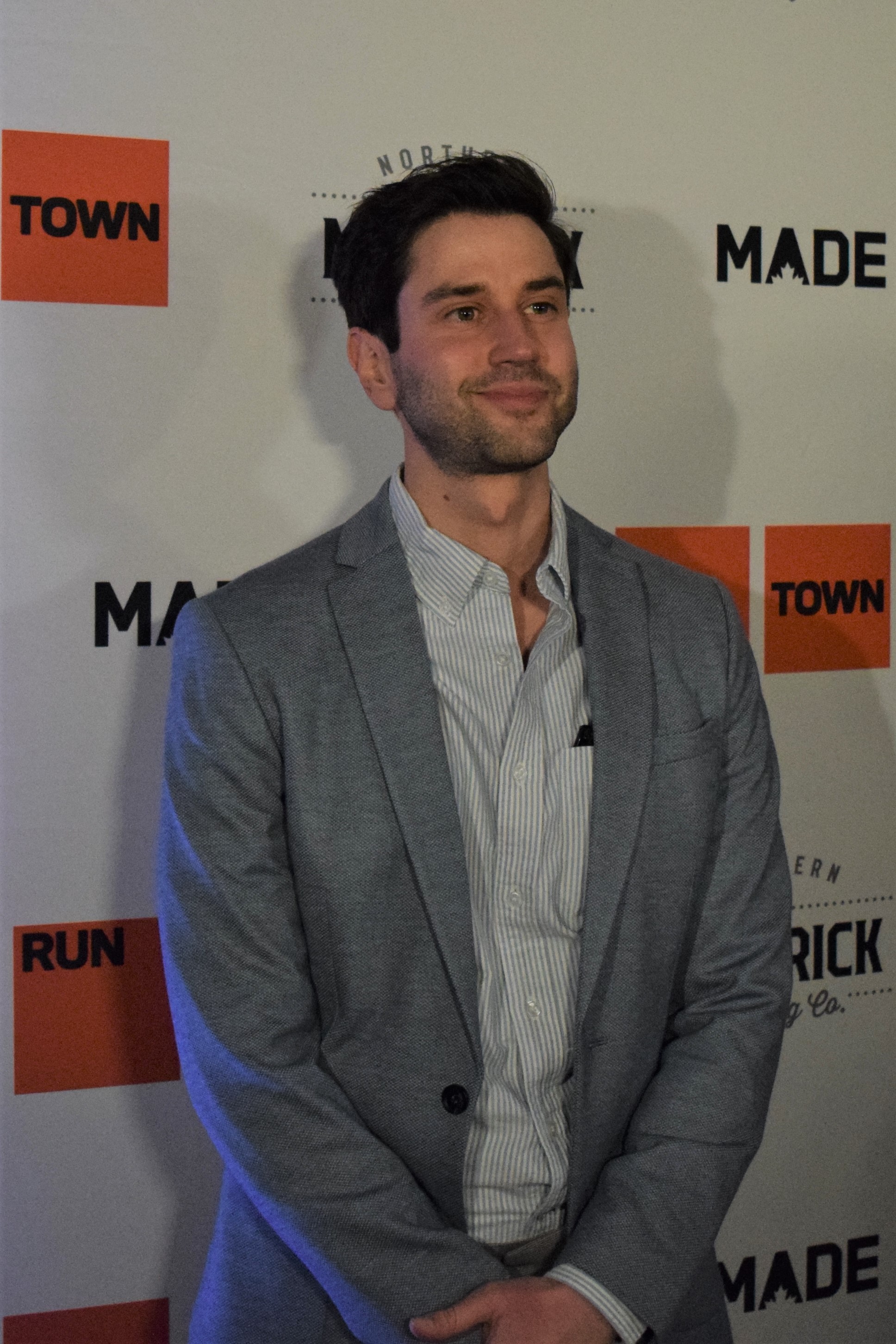 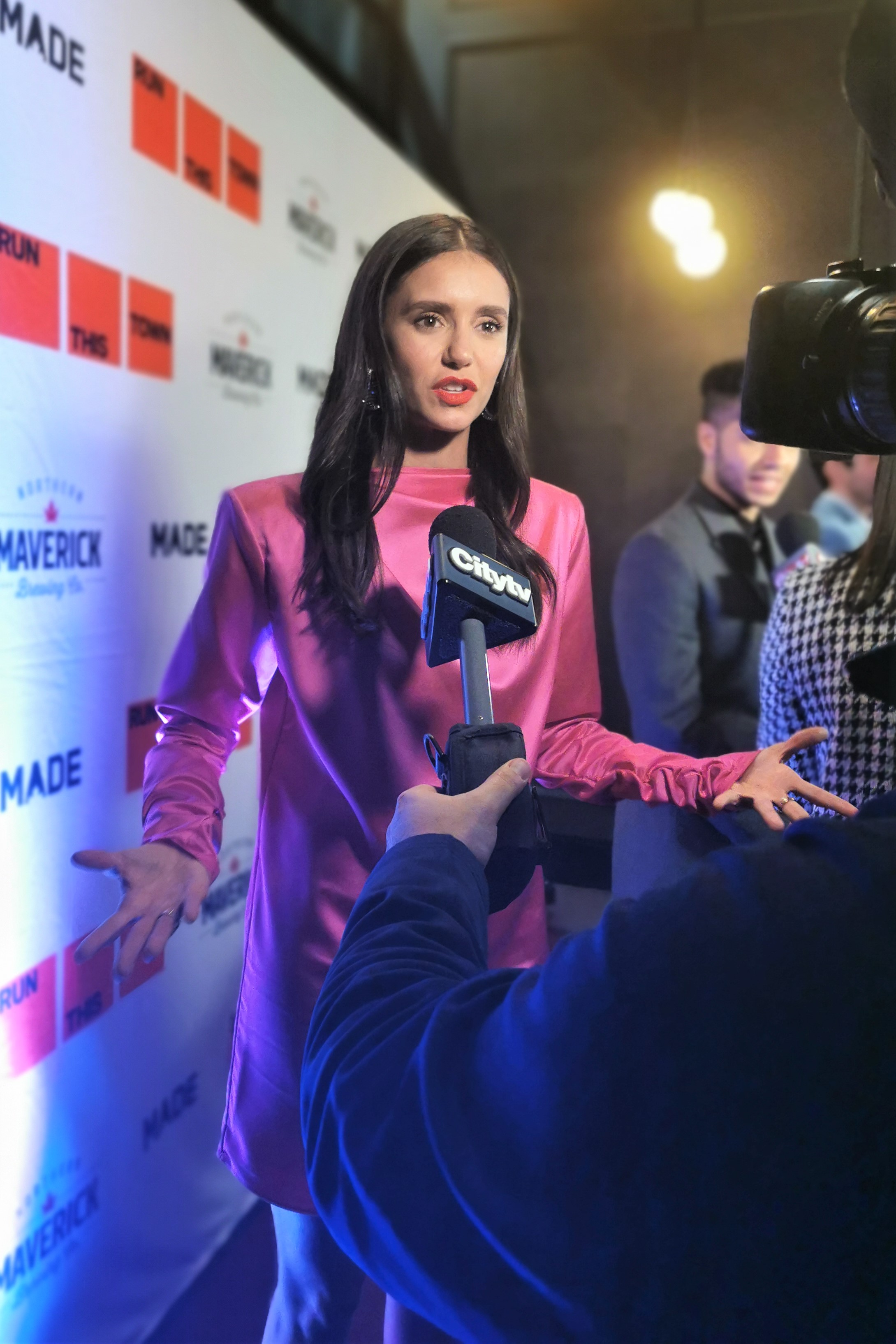 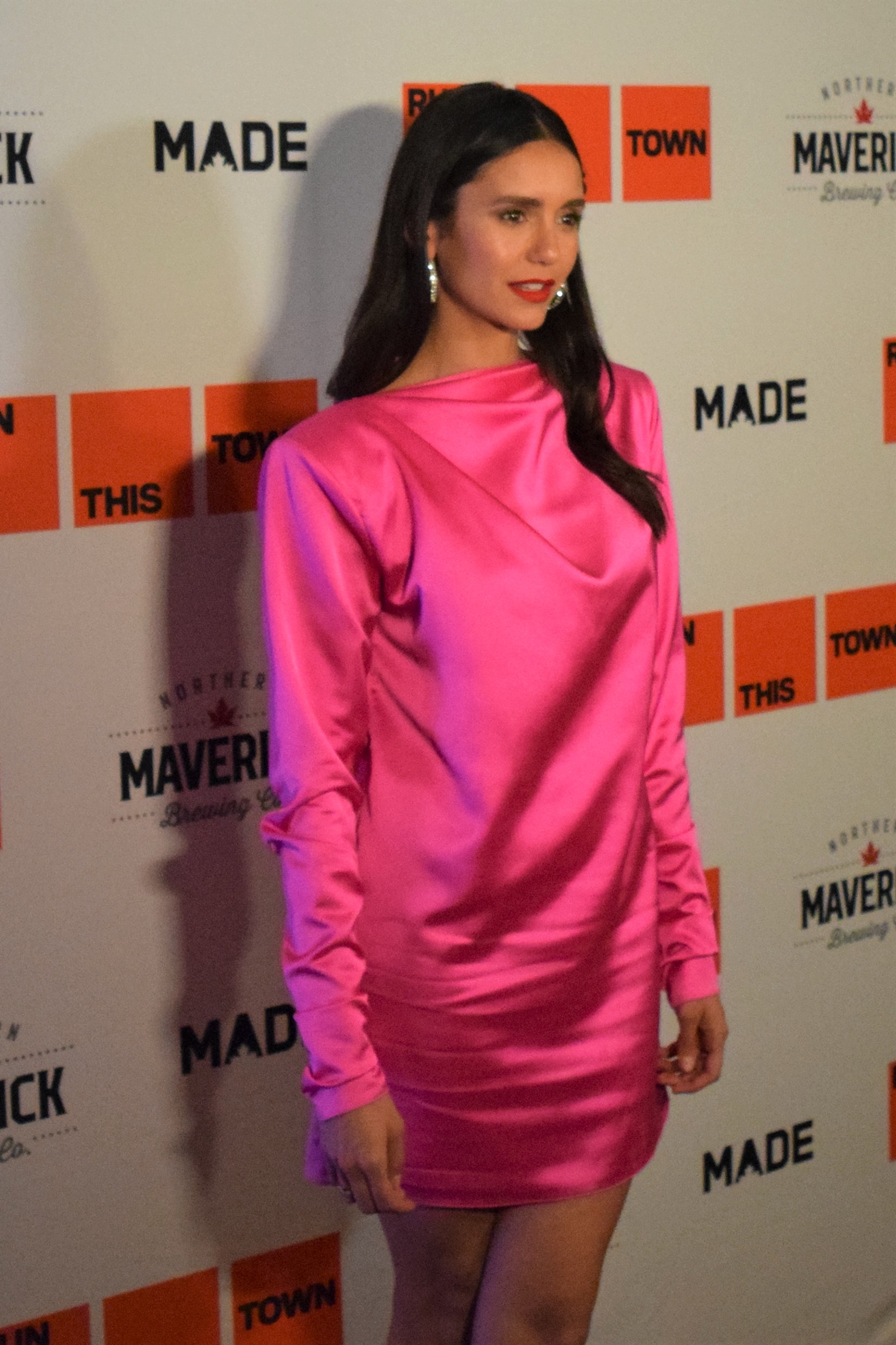 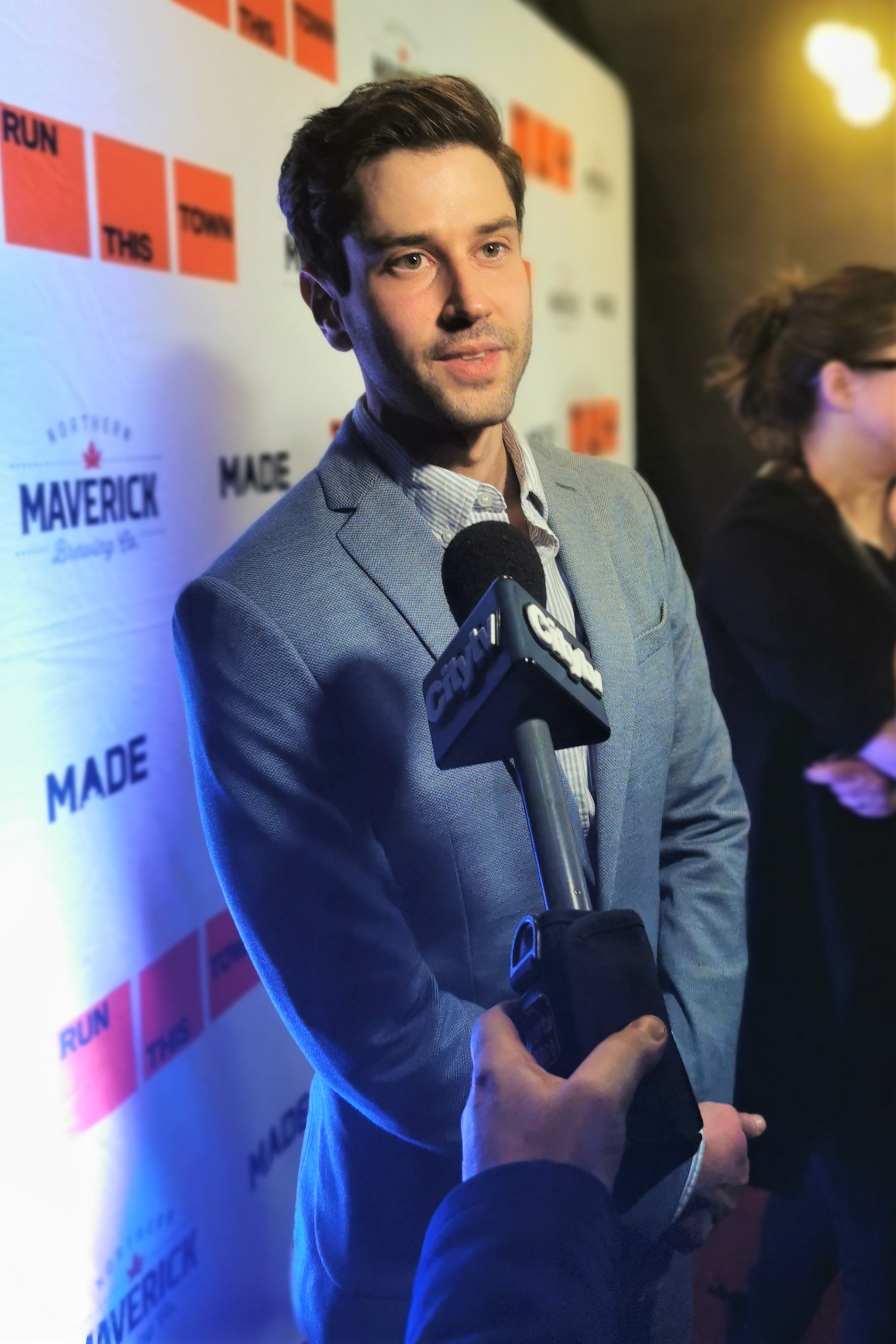 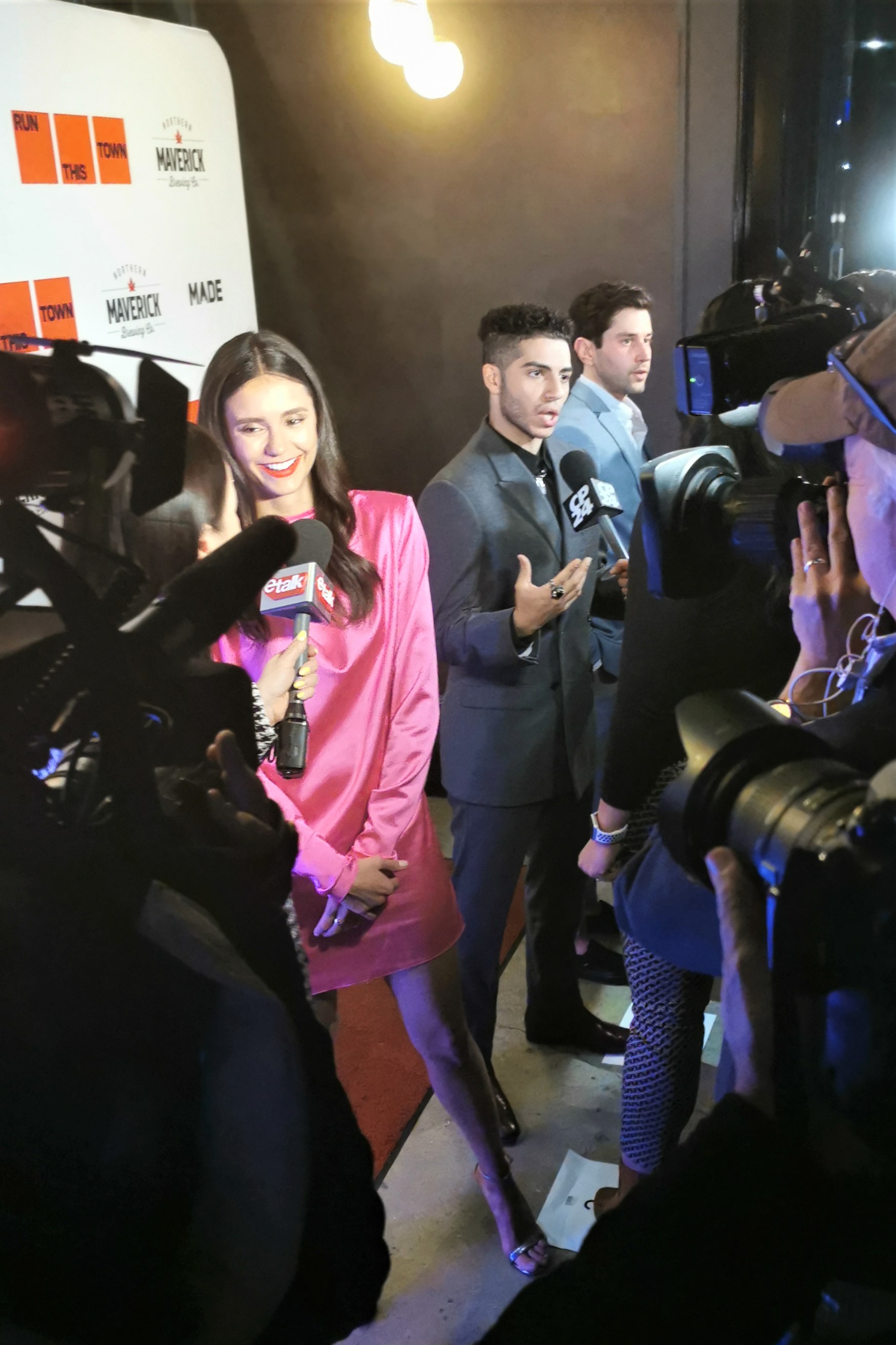