Many of you by now have seen Bong Joon Ho‘s masterpiece PARASITE and I’m sure like me, you’ve been programmed to salivate at the words “RAM-DON“. The Korean dish (also known as “Jjapaguri“) made of a combination of instant noodles, topped with Sirloin Beef is a metaphor about class in the Film.  In one scene we see Park Yeon-kyo (played by Yeo-jeong Jo) rushing to return home early, calling her maid Kim Chung-sook, played by Hye-jin Jang, and tasking her with very little time to make her son’s favourite meal, Ram-Don. Feeling her son is above eating just instant noodles like the rest of the common people, the addition of Sirloin to the ramen adds that element of sophistication worthy of the young boy’s palate. Kim Chung-sook of course has no idea what Ram-Don is and we see her in a massive panic to make it in time for their return home and never before did we realize how much we needed this dish in our lives!

We’ve seen various takes on its Recipe online, but we’ll break it down real simple for you in 10 steps:

1. Marinate a pound, or a little more of Beef Sirloin which has been chopped into cubes.  Toss the beef in a mixture of 1-2 tablespoons of Soy Sauce, 1 tablespoon of Gochujang (Korean Pepper Paste), 1 tablespoon Brown Sugar or Maple Syrup, 1 tablespoon of Rice Vinegar, 1-2 cloves of minced garlic and 1 tablespoon of Sesame Oil. Chill overnight, covered. 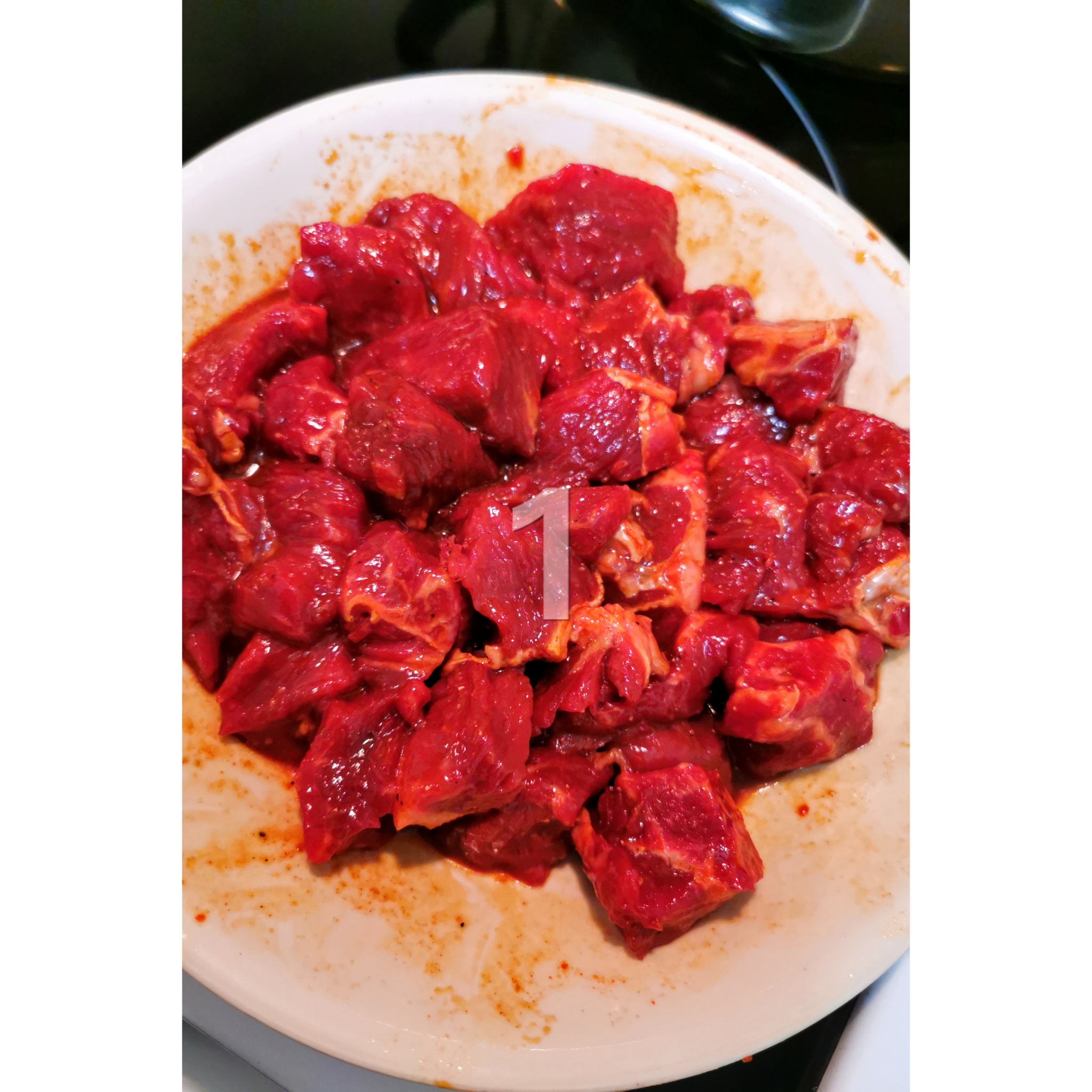 2. Chop 1/4 to 1/2 an onion, sautée in 1 tablespoon of oil in skillet on high heat. Toss-in half of marinated beef cubes and sear till browned. Be careful not to overcook. Place aside. Repeat process using other half of onion and beef cubes. Having too much beef in the pan hinders the searing process, hence it is best to do in two batches. 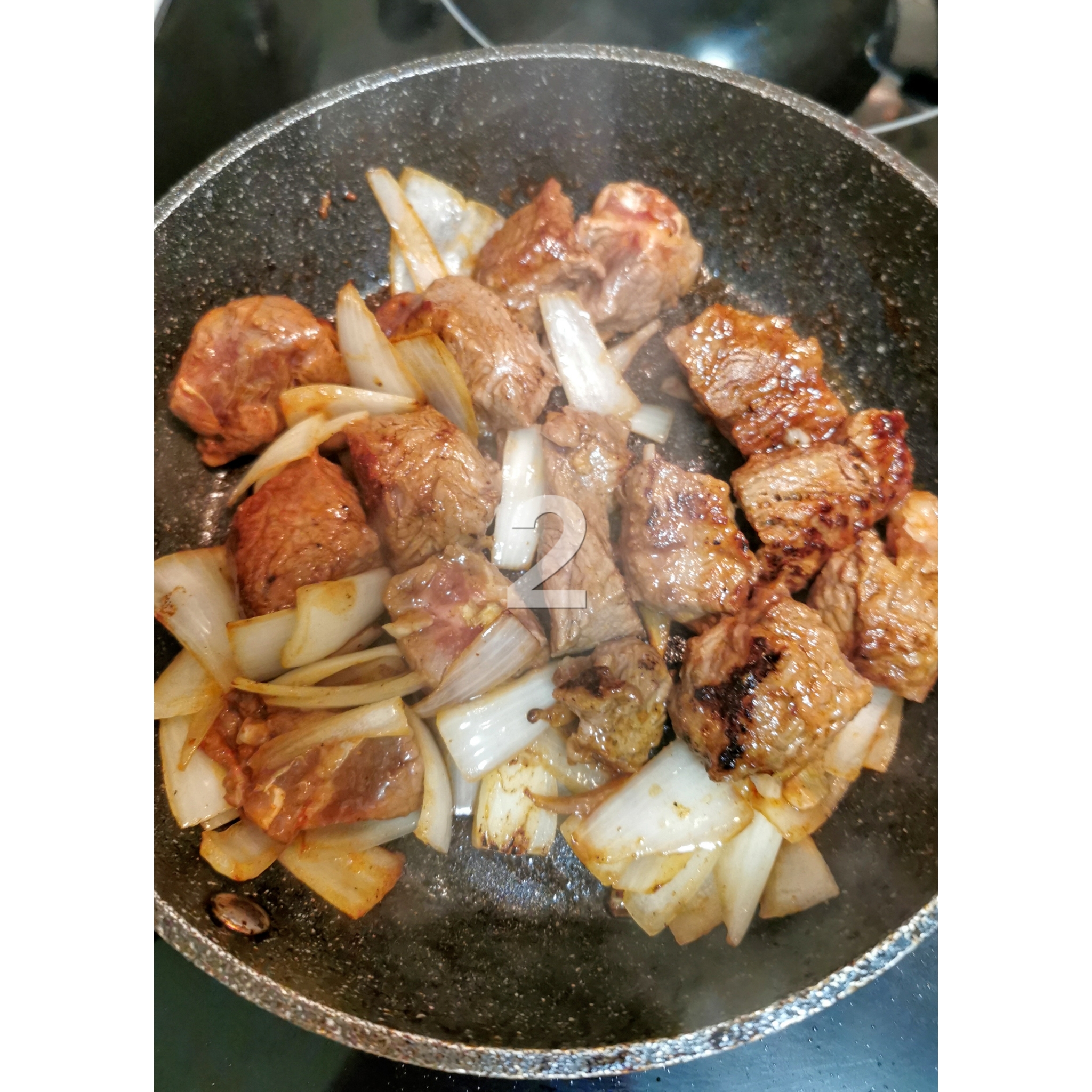 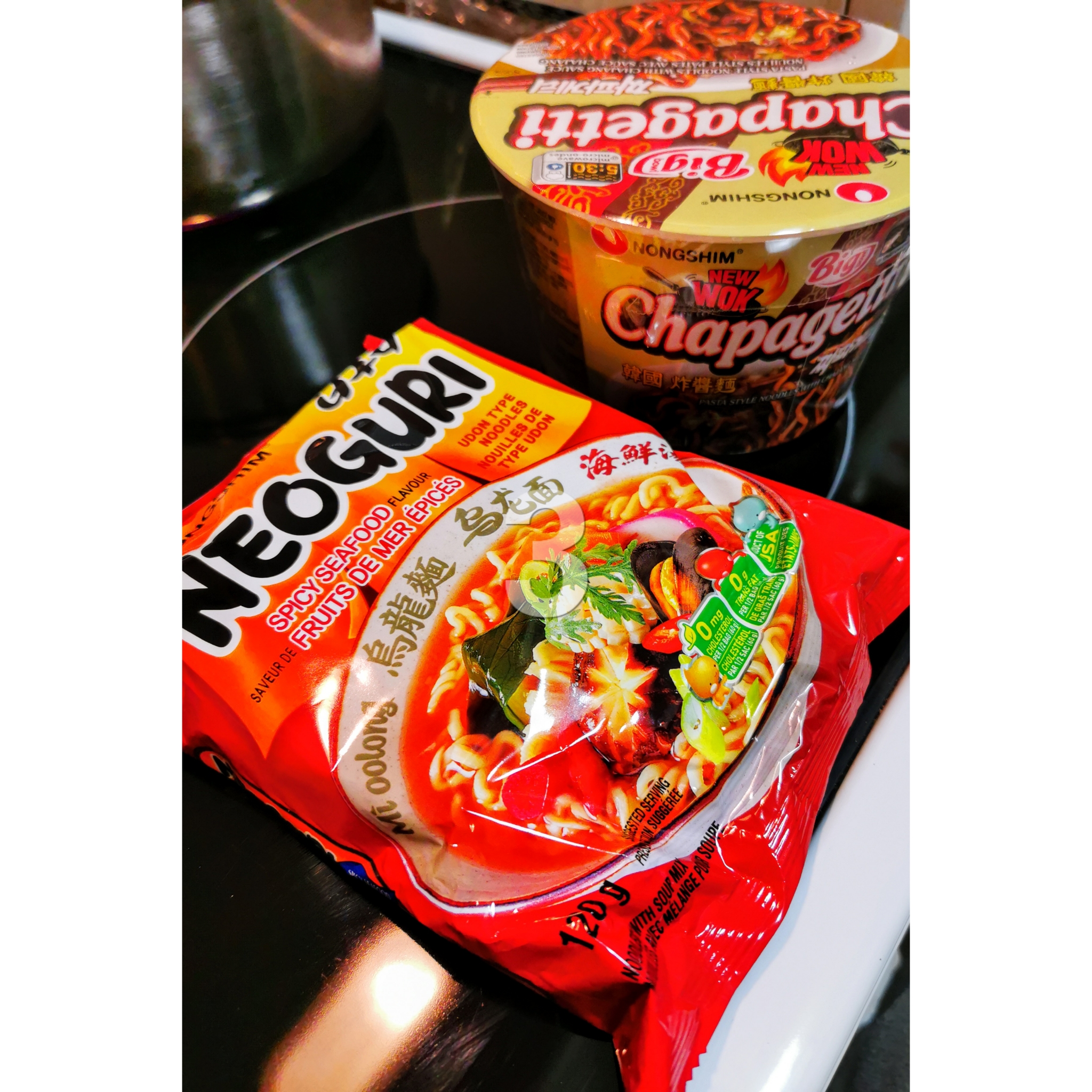 4. Boil about 5 cups of water and then place two portions of noodles in the pot. 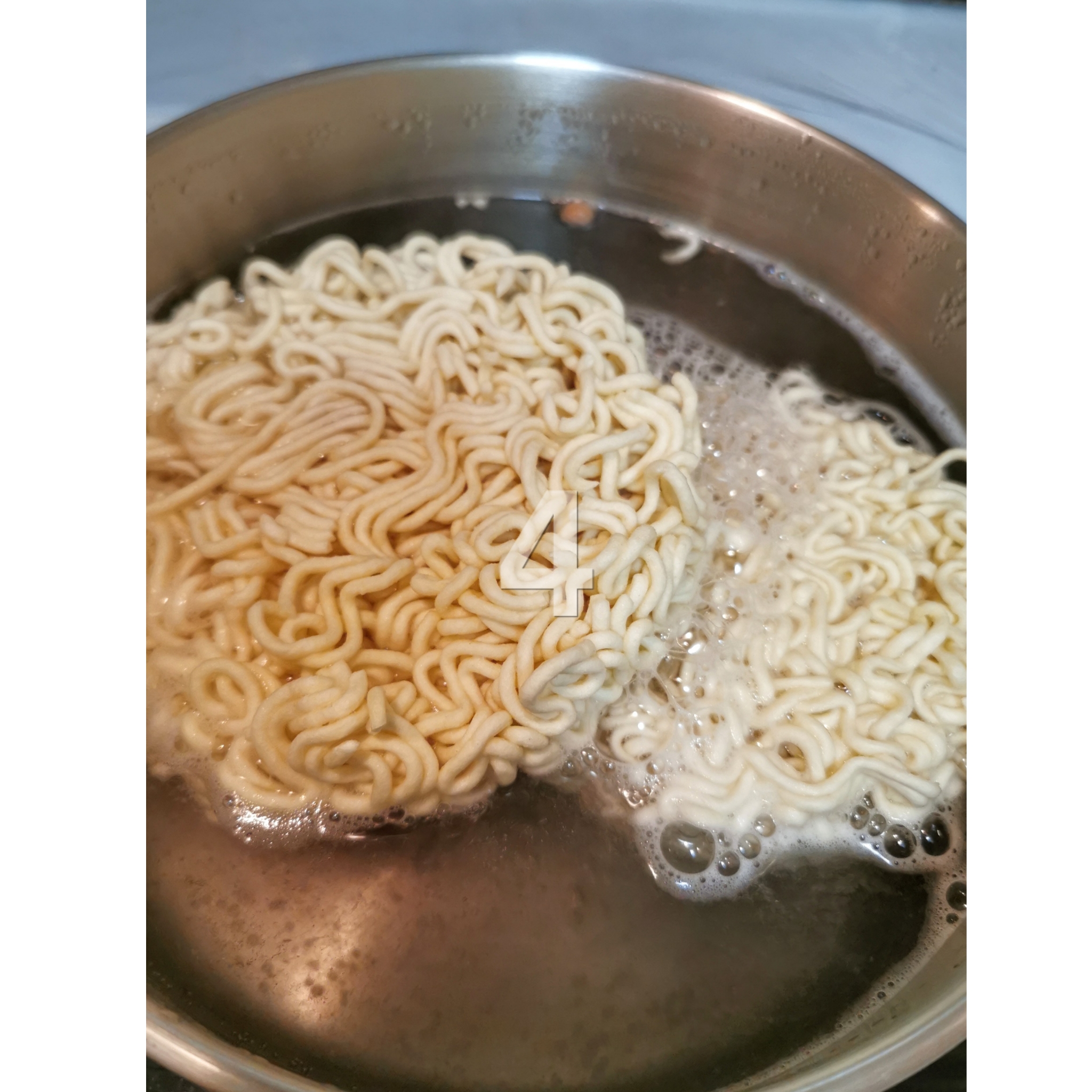 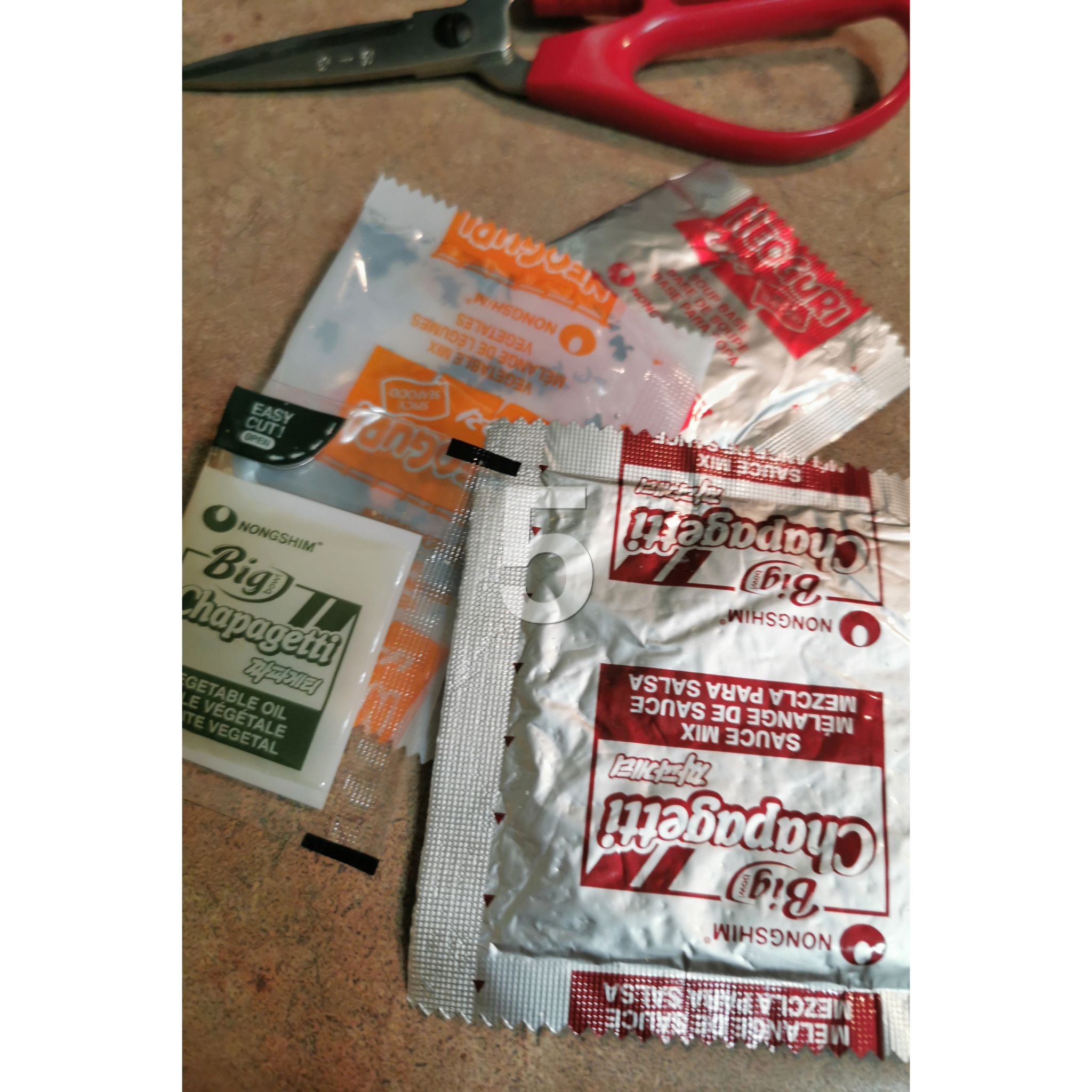 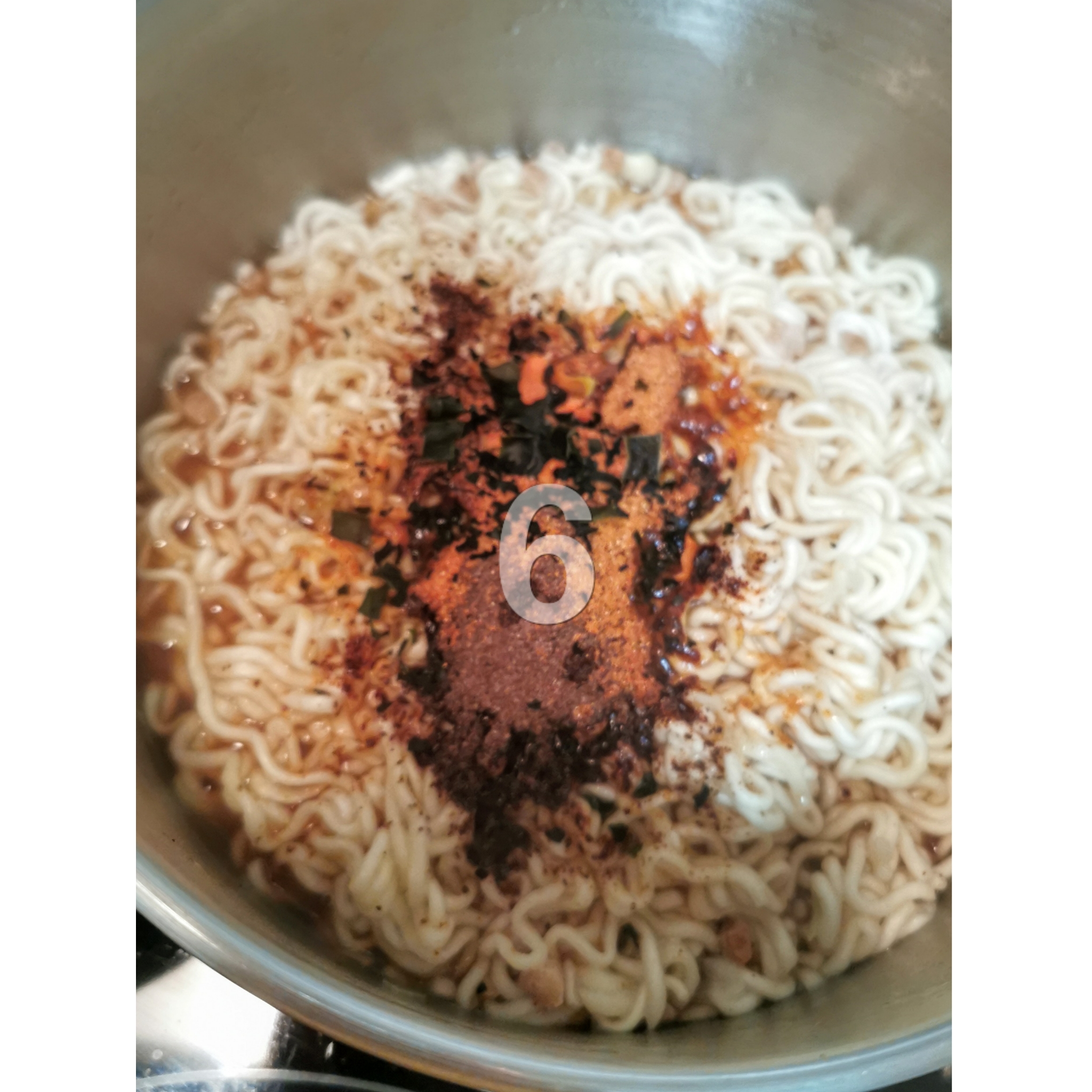 7. Cook on medium heat until the liquid thickens, stirring the noodles in the pot. 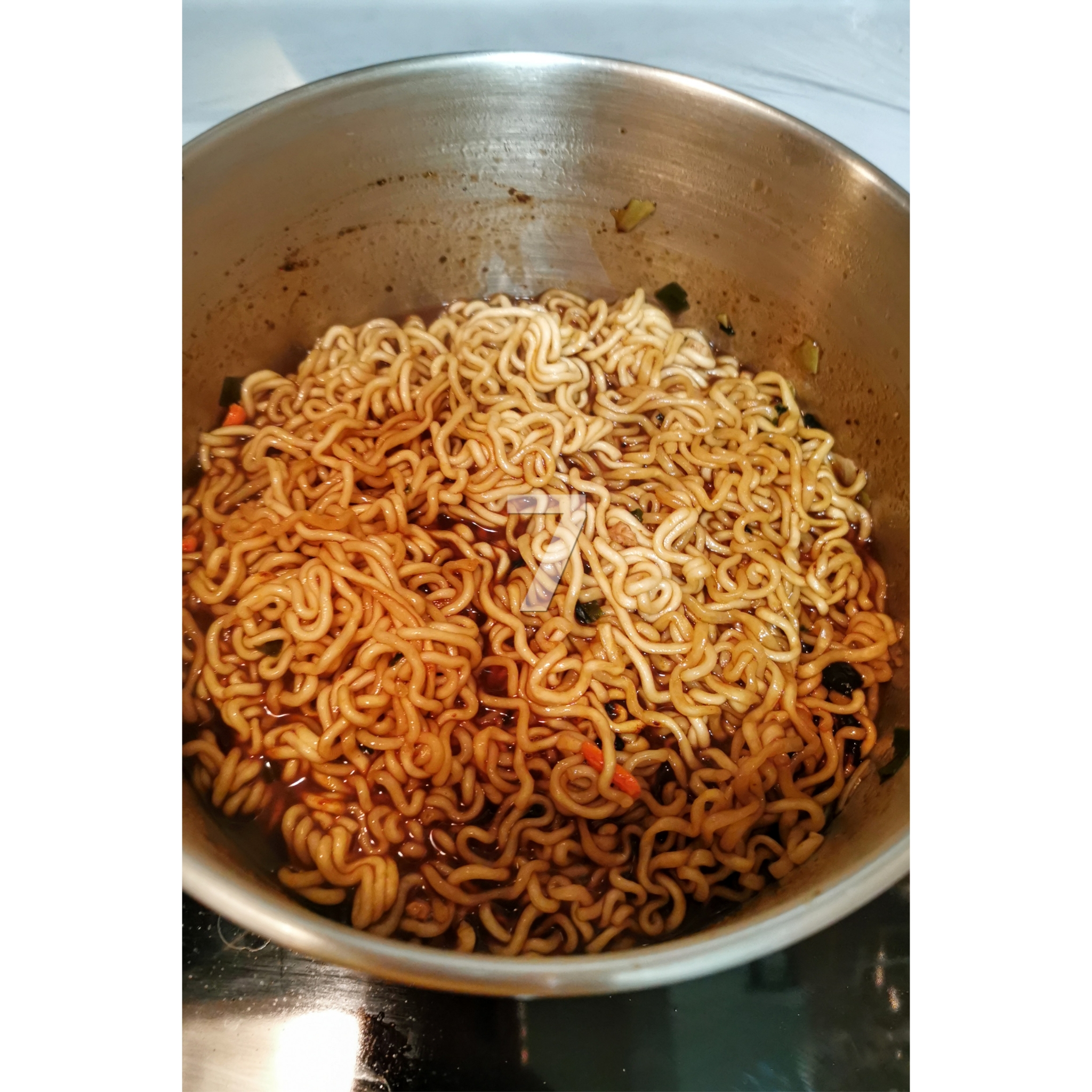 8. After two to three minutes, your noodles should be covered in a thick sauce, which looks like below. 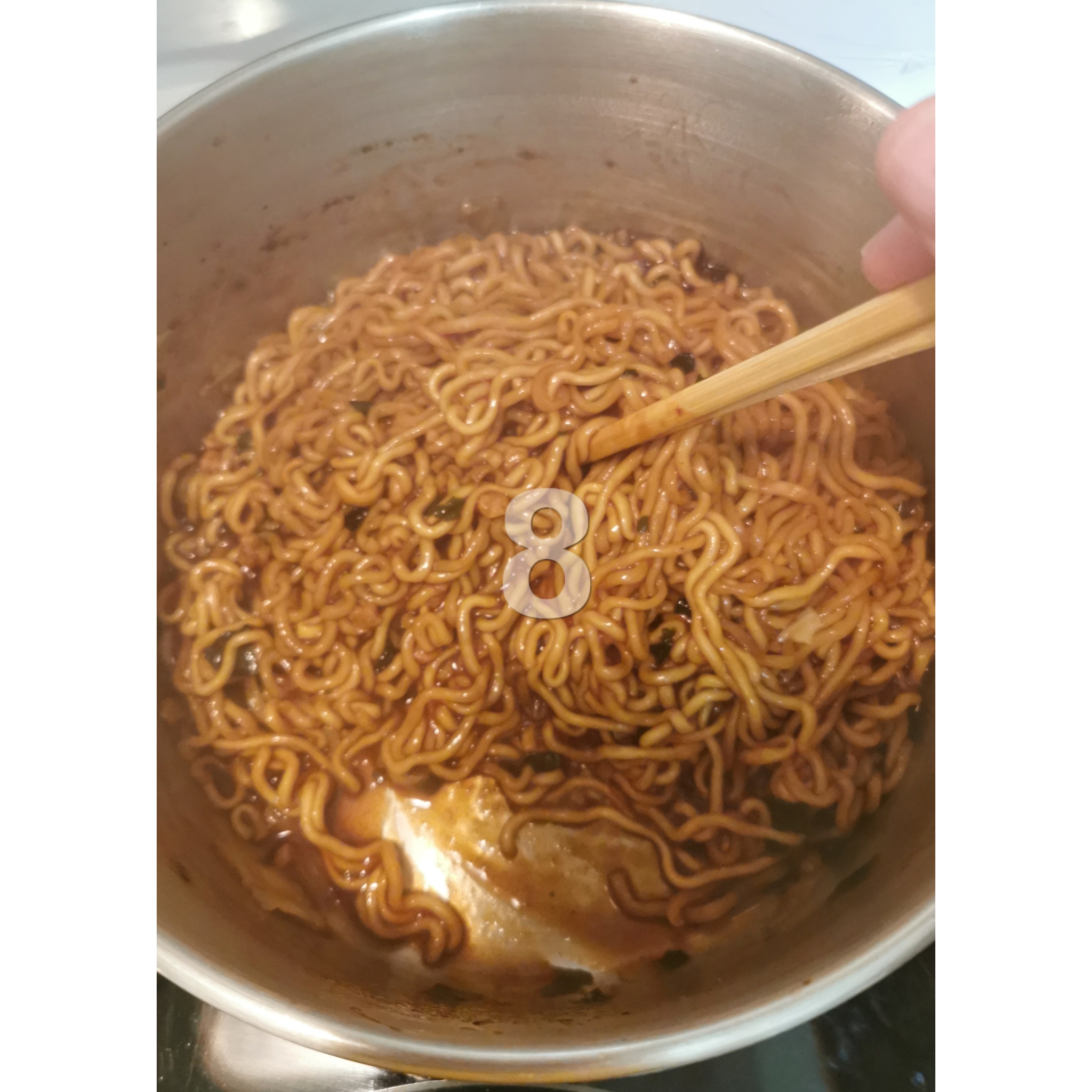 9. Toss in the seared beef cubes and onion, plus the contents of the oil packet which you set aside earlier, into the noodle mixture on low heat for about a minute or two at most. Allow the juices from the steak to mix fully into the noodles. 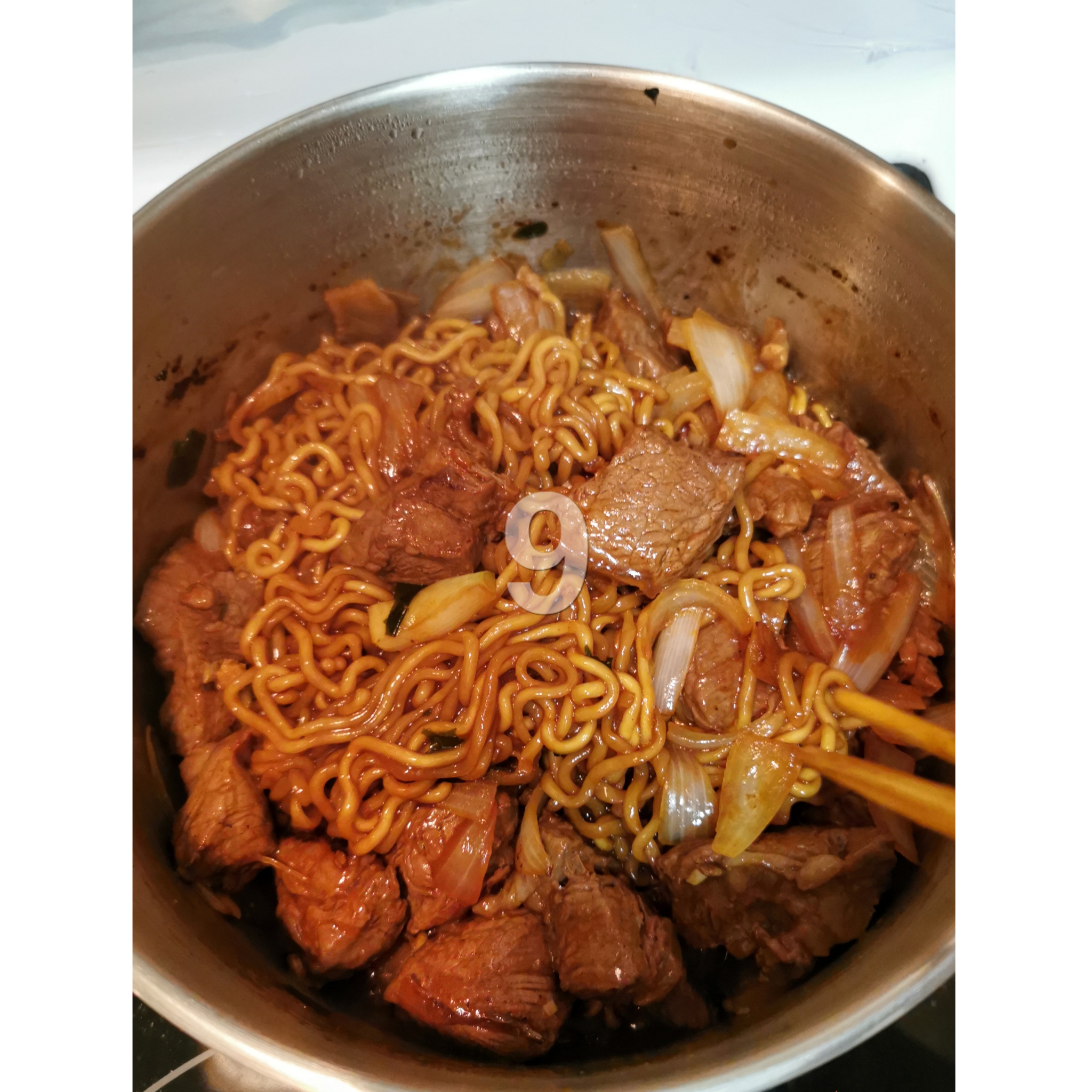 10. Transfer to plate and serve with a side of Kimchi. This serves literally two adults. 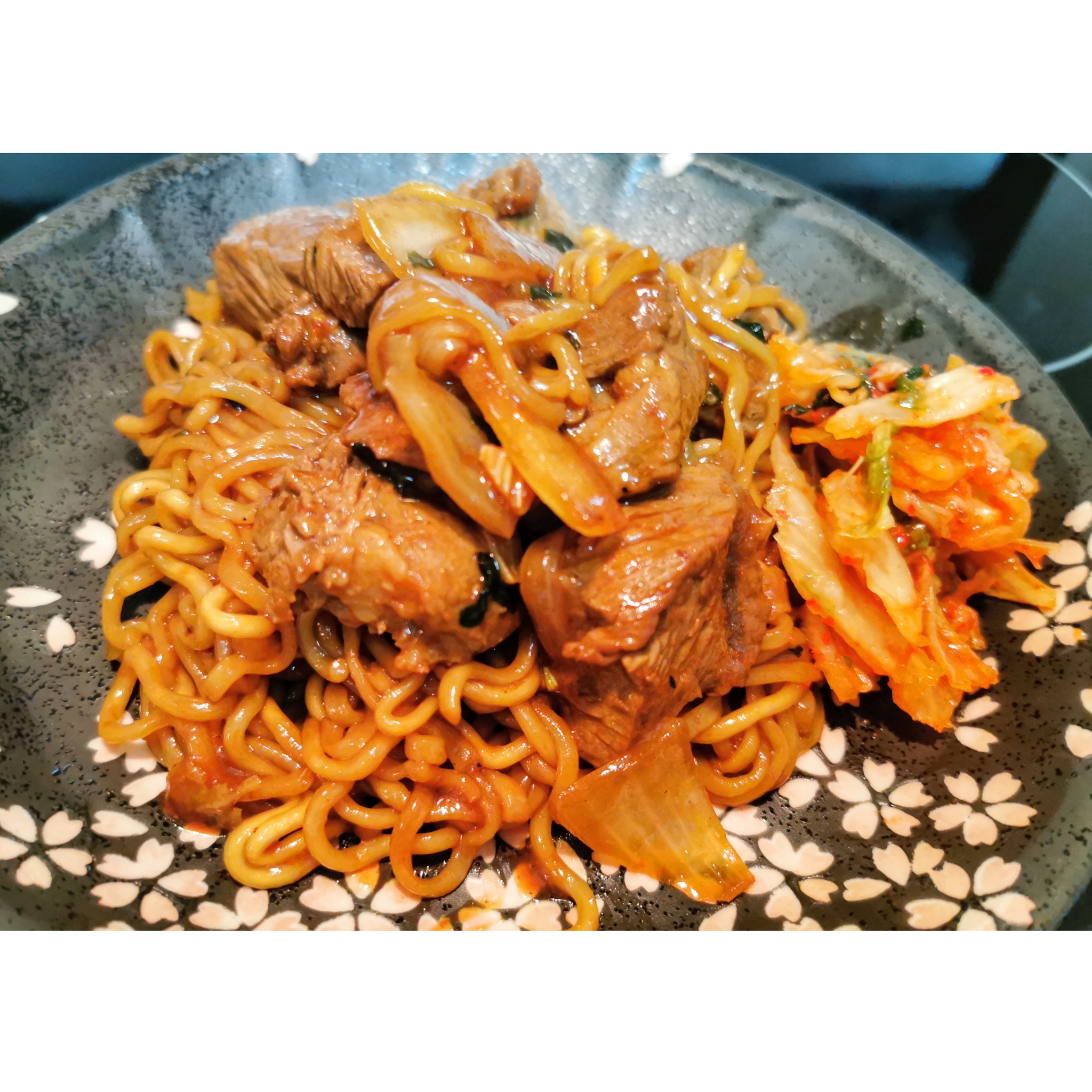 Tell me that’s not beautiful! 🍜

#NYFF: #Parasite continues to gain momentum as Frontrunner for Best International Feature Film at the #Oscars and even a Dark Horse for Best Picture. Director #BongJoonHo and stars #SongKangho, #ParkSoDam +#ChoiWooSik were in attendance for the first of two screenings at #NYFF2019. 🇰🇷