After filming in Toronto last spring, Ricky Gervais’ English Adaptation of French Comedy Special Correspondents is ready for the World to see.  Some new images from the Netflix Movie have just surfaced.

Special Correspondents, a new Netflix original feature Film was written and directed by Ricky Gervais and starring Eric Bana (Deliver Us From Evil, Lone Survivor) and Gervais (Muppets Most Wanted, Derek) is about a struggling New York based radio journalist whose arrogance and decadent lifestyle has hindered his career. With his job on the line he fakes front line war reports from the comfort of his hideout above a Spanish restaurant in Queens. 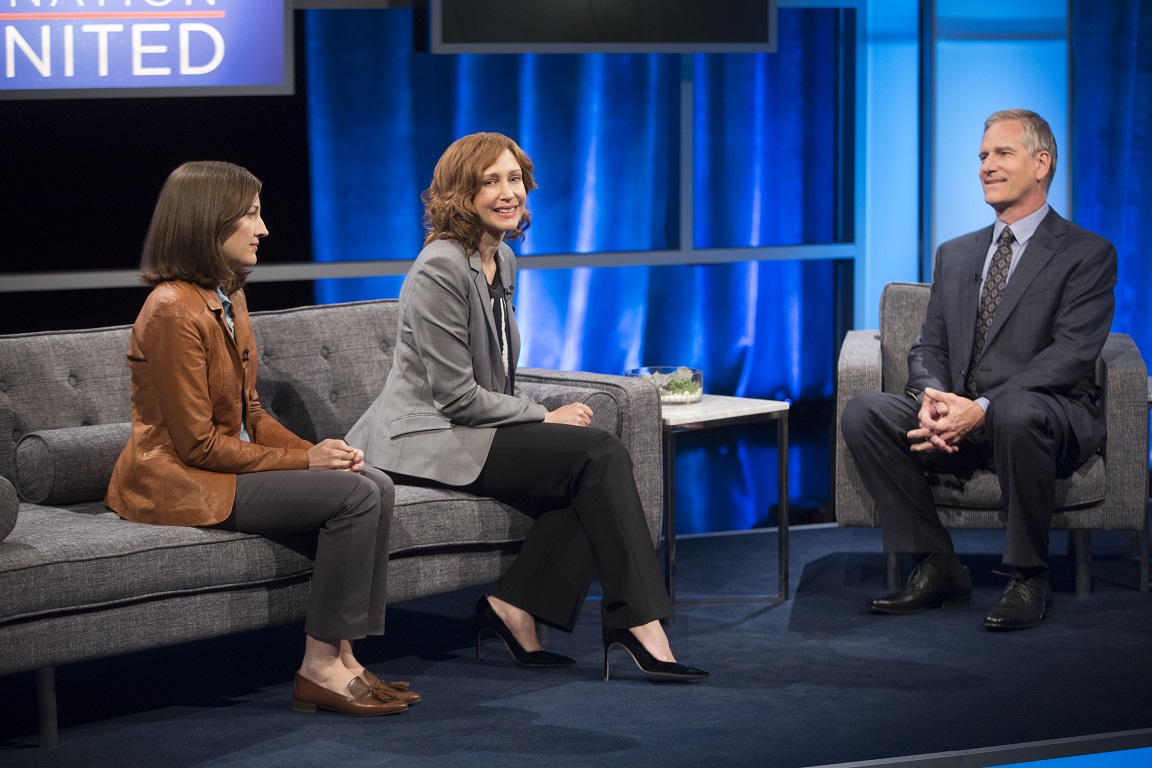