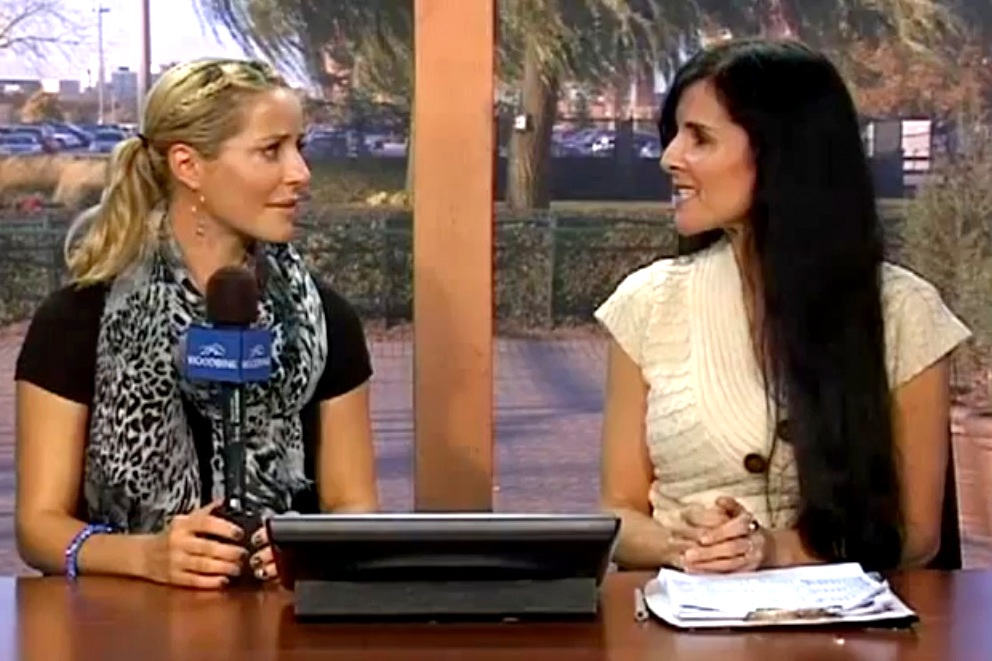 This breaks my heart. Woodbine‘s Pride and Joy Chantal Sutherland announced her v. sudden Retirement from Horse Racing today after an outstanding Career which saw her win the Sovereign Award for Outstanding Apprentice Jockey in Canada twice and almost becoming the first-ever Female Jockey to win the Breeders’ Cup Classic aboard Game on Dude last year.

Sutherland‘s popularity spread also South of the Border with spreads in Vanity Fair, Vogue and more recently she starred in HBO‘s ill-fated but acclaimed Series, Luck.  She tells my dear Friend and esteemed Commentator Dawn Lupul following her final race today with mixed emotions, “In this Game you have to be all in it. There’s no half-way. I’m starting to be half-way and it doesn’t work that way.  To be on-top and to be where I wanted to be – to be winning a lot of races… you have to be six, seven days a week and very, very committed.”.

After getting married earlier this year, Sutherland now is turning her focus to relaxing and hinted that she may train for a Triathalon. Spending time with her Sister in Ottawa also is going to be a reality soon as she looks forward to watching her Nephew and Niece grow-up.

Admittedly, after watching this Interview a few times, something tells me that we haven’t seen the last of Sutherland in the Irons and perhaps after she spends time away to regroup, she just might be back? I just don’t get the sense that this is over. It has been a tough year and to see her talk about how cruel the Sport can be, is just saddening.

Horse Racing just won’t be the same without Sutherland and she will be remembered for what she’s done to pave the way for other young Women in the Sport. Although there have been and will continue to be many wonderful Female Jockeys to come, there is and always will be only one Chantal Sutherland. A remarkable Woman.

Watch her Interview below:

I had the Honour of meeting Sutherland around this time last year. Read about my Moment here.